What Happened to Brian McKnight – 2018 Update 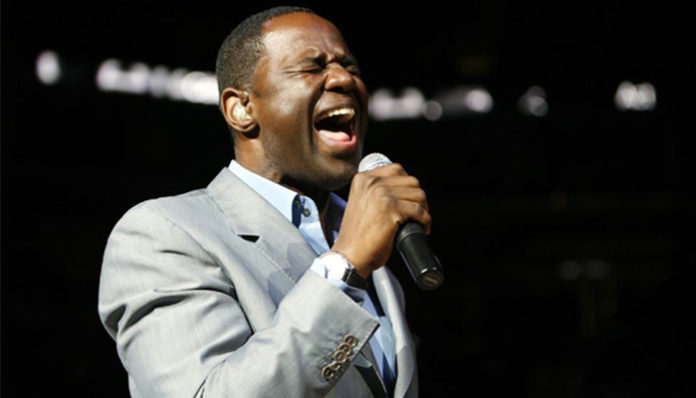 Recognized for his powerful falsetto, Brian McKnight first broke into the R&B scene with his eponymous debut album in 1992. Known for his ability to sing ever since he was a young boy, he started his musical career as a member of his local church choir in the early 70’s. Itching to learn an instrument of his own, he eventually taught himself how to play the piano by ear and was a skillful jazz pianist by the time he was a teenager. Following his high school graduation, he formed a band with a few friends and began playing at various bars around town. Around that time, his older brother’s band, Take 6, started to take off; inspired, he subsequently began recording his own demo tapes. The road to a recording contract however proved to be difficultーafter several setbacks, he was finally able to secure a deal with Mercury Records in 1988. A few years later, McKnight released his self-titled debut album, Brian McKnight in the summer of 1992.

Praised for his impressive vocal range, the album brought him much fame and notoriety as an up-and-coming artist at the time; before long, it had gone Platinum after selling over a million copies in the United States. From there, the singer eventually followed up with I Remember You in 1995. Since then, he has released eleven full length albums, eighteen MVs, and forty singlesーmost of which have charted in the US. To date, his best-selling album is that of his 1999 effort, Back at Oneーa 3x Platinum track that has since sold over 3,000,000 copies domestically. Some of his hottest hits include Love Is, One Last Cry, Back at One, You Should Be Mine (Don’t Waste Your Time), and Still in Love. Throughout his multi-decade long career, McKnight has also received fifteen Grammy Award nominationsーalthough he has yet to achieve a win. He has however, won an NAACP Image Award and a Soul Train Music Award in 2000 and 1999 respectively.

Aside from his work in music, McKnight has also been steadily adding to his filmography over the years. In 1993, he made his television debut in an episode of the weekend show, Stanley T in Da House. He later played a minor recurring character in Sister, Sister (1998) prior to appearing in the films The Beat (2003), Leverage (2005), Black Dynamite (2009), and Note to Self (2012). More recently, the New York-native also co-starred in the holiday TV movie, A Country Christmas Story (2013) alongside Ross McCall and Megyn Price. Altogether, McKnight has taken on well over a dozen different roles as an actor.

What has the multi-Grammy Award nominated singer been up to lately? What are some of the latest songs that he’s come out with? What happened to Brian McKnight? Where is he now in 2018? 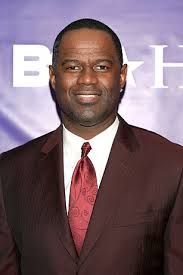 Born on June 5, 1969 in Buffalo, New York, Brian McKnight is the son of Claude McKnight Sr., and Elaine McKnight; he has an older brother named Claude McKnight III who is founder of the Grammy Award-winning band, Take 6. When he was a young boy, McKnight started his musical career as a member of the local church choir.

In addition to singing, he was also an avid athlete; he played basketball, track, and football and even dreamt of going professional at one point during his teens. Still, music proved to be a bigger lure. Wanting to take up an instrument, he taught himself how to play the piano by ear; by the time he was a teenager, he was a skilled jazz pianist. After graduating from high school, McKnight formed a band and was playing in local bars, without his mother’s knowledge.

At the age of eighteen, he relocated to Huntsville, Alabama for school at Oakwood College. Around that same time, his brother’s band began to take off, having signed to a record label. Inspired to go further in music, McKnight later befriended a local producer named Brandon Barnes; the pair soon began working on various projects together. During his sophomore year at college however, the aspiring musician was expelled from the institute after violating their strict rules regarding school visitors. Although his mother told him to return home, he insisted on staying in Huntsville to work with Barnes. Motivated by the recent setback, McKnight started writing and recording dozens of songs and began shopping his demos to a number of record companies. In 1988, he was finally successful in landing a recording contract with Mercury Records. 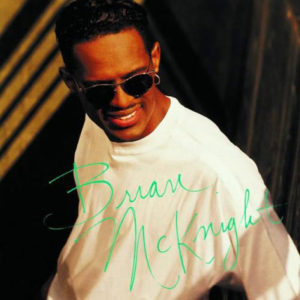 On June 23, 1992, McKnight came out with his eponymous debut album, Brian McKnight under the Mercury Label. Co-produced by the artist himself, the R&B soul album boasted thirteen tracks, which when added together resulted in a little over an hour of music. Amongst the track-listing were the numbers Never Felt This Way, After the Love, Goodbye My Love, Yours, My Prayer, Is The Feeling Gone, and My Prayer.

Warmly received, Brian McKnight peaked at number fifty eight on the US Billboard 200 and at number seventeen on the US Top R&B and Hip Hop Albums Chart. A successful debut, it was later graded an “A-” by Havelock Nelson writing for Entertainment Weekly. The album went on to produce four singlesーone of which, One Last Cry, ended up charting amongst the top twenty on the Billboard Hot 100 Chart, having reached number thirteen. The studio album itself eventually went Platinum, having sold over a million copies in the United States.

Three years later, the singer came out with his second album entitled, I Remember You. More R&B than soul compared to his last release, most of the tracks featured on the disc were co-written by McKnight. Some of the titles include Every Beat of My Heart, I Remember You, The Day The Earth Stood Still, Still in Love, Your Love is Ooh, On the Down Low, and Niko’s Lullaby. Slightly more successful on the charts, the album peaked at number twenty two on the US Billboard 200 and at number four on the Top R&B and Hip Hop Chartsーboth of which were vast improvements compared to what was achieved by his debut album. Given a three out of five star rating from critics writing for AllMusic, I Remember You eventually spawned three singles by the end of that October. Since then, it has sold over 500,000 copies domestically, earning it Gold certification status from the RIAA. 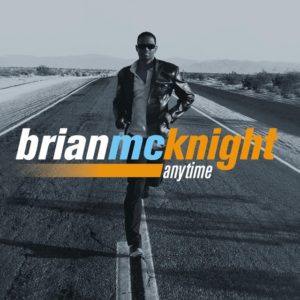 Rising in popularity, McKnight eventually released his third studio album, Anytime on September 23, 1997. His most popular album at the time, its production was handled by Ron Lawrence, Sean Combs, Trackmasters, Stevie J, Keith Thomas, and partly by the singer himself. Amongst its twelve-song track list were the titles When the Chariot Comes, The Only One For Me, I Belong to You, You Got the Bomb, Every Time We Say Goodbye, and You Should Be Mine.

McKnight’s first album to break into the top twenty on the Billboard 200, it successfully reached number thirteen on the chart; it later also became a chart topper on the Top R&B Albums Chart. Outside of the United States, Anytime also charted in Canada and the UKーmaking it his first album to chart overseas. Supported by four singles, one of which, Hold Me (Remix) featured Kobe Bryant, it later went Double Platinum in October of 1998, just a little over a year after its original release.

In the fall of 1999, McKnight released his fourth full-length album entitled, Back at One. Recorded in several studios in New Jersey, Glendale, Santa Monica, and Hollywood, it was his first album under the Motown Label. Produced by Anthony Nance, Fred Jerkins III, Darkchild and himself, it featured thirteen R&B soul tracks; a few of the titles include Can You Read My Mind, You Could Be the One, Stay Or Let It Go, Played Yourself, Last Dance, Gothic Interlude, and Shall We Begin. Released at the peak of his popularity, the album remains to be his most-successful to this day.

Met with positive reviews, it peaked at number seven on the Billboard 200 and at number two on the Top R&B and Hip Hop Albums Chart. Internationally, it also charted at number fifty five in the Netherlands and at number nineteen in Canada. Rated three out of five stars by Allmusic, it later spawned three singles, one of whichーBack at One, became his first number one hit on the Billboard Hot 100. As of June 2006, it has been certified three times Platinum by the RIAA for exceeding over 3,000,000 sales in the United States. 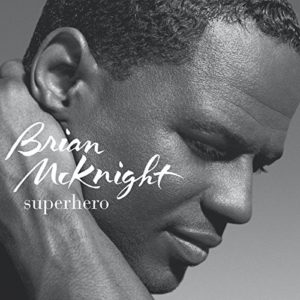 McKnight’s fifth studio album, Superhero arrived in stores on August 28, 2001. Unlike his earlier endeavours, the album incorporated elements of rap, and rock and roll alongside his usual R&B beats. Some of the featured guests include St. Lunatics, Fred Hammond, Justin Timberlake and Nate Dogg. Recorded as a means of showcasing his many musical influences such as Kenny Loggins, Stevie Wonder, Al Jarreau, Marcus Miller, and David Sanborn to name a few, the album contained fifteen tracks including Don’t Know Where to Start, When Will I See You Again, My Kind of Girl, Whatever You Want, Get Over You, and Whatever You Want.

Met with high praise, Superhero received four Grammy Award nominations the following year for the categories of “Best R&B Song”, “Best R&B Vocal Performance” and “Best Pop Collaboration with Vocals”. Lauded for its songwriting and mid-tempo songs, it garnered many praises from publications such as the Sacramento News & Review. On the US Billboard 200, the album peaked at number seven, while it reached number four on the Top R&B and Hip Hop Albums Chart; over 153,000 copies were sold over the first week. Eventually going on to produce three singlesーTell Me What It’s Gonna Be, Love Of My Life, and Still, the album later went on to be certified Gold in October. 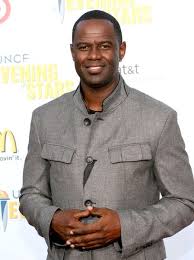 According to a recent press release, the 47-year-old R&B artist will be returning for a performance at the Sands Bethlehem Event Center this coming summer on Thursday, May 11th, 2017 at 8PM. Be sure to grab your tickets soon if it’s something you’d be interested in!

In addition to that, McKnight will also be headlining the “An Evening of Love Concert”, which is scheduled to take place on Friday, February 10th, 2017 at the Birmingham-Jefferson Convention Complex Concert Hall. Some of the other artists that will be present at the event include Kelly Price and Chante Moore. A portion of the proceeds will be going to benefit the Foundation for Progress in Journalism.

If you’d like to stay up-to-date and connected with the prominent R&B singer, you can do so by following Brian McKnight on social mediaーyou can find him on Twitter at @itsbmcknight or on Instagram at @brianmcknight23. You can also catch him on his official Facebook page at @brianmcknight!