What Happened to Liza Minnelli – 2018 Update 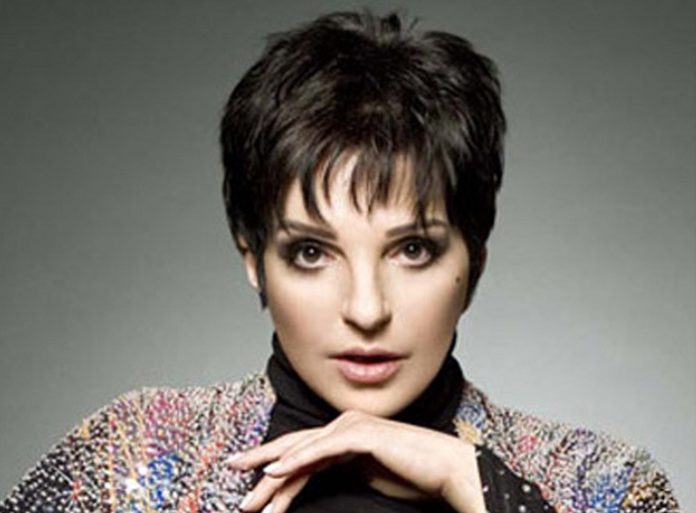 If anybody could be regarded as royalty in the World of show business then Liza Minnelli would undoubtedly be considered by many as the most regal of them all. During a career that has encompassed more than sixty years the singer, actress and dancer has been labelled the Queen of Broadway and thrilled audiences across the World with her prestigious vocal skills, flamboyant performances and the heartfelt sincerity she brings to her roles.

Liza’s reign as one of the most revered, talented and popular stars of the twentieth century has seen her win an array of awards that leave her in a small select group of equally iconic greats, she has battled addiction and personal problems to remain ever smiling and seemingly invincible, but what has the legendary entertainer been doing in recent years? Take a step this way as we review the remarkable career of one the legends of show-business.

Liza Minnelli was born on March 12th 1946 in Los Angeles, California to famous showbiz parents. Her mother, Judy Garland was herself a superstar of the day renown for her impressive contralto vocal range and numerous movie appearances, but most notably for her leading role in the classic ‘The Wizard of Oz’ (1939), still regarded by many even today as one of the most iconic films ever made. Liza’s father was Vincente Minnelli, a director of films and musicals who had become famous for his efforts in musicals such as ‘Meet me in St Louis’ and ‘An American in Paris’, as well as several acclaimed comedies and dramas.

With a family that was so established in the entertainment industry it’s little surprise that Liza was destined to follow in her parents footsteps. At the age of just three she had a small uncredited role in the musical ‘In the Good Old Summertime’ (1949) starring mom Judy and popular Hollywood star Van Johnson. During the early variety TV shows of the 1950’s she made several other appearances as a child, including a song and dance routine in 1959 with Gene Kelly on his debut Television special. Liza also took part in a few small guest appearances on TV shows, where she usually performed a song and dance routine, and she also had several appearances on chat shows with chat-show greats such as Merv Griffin and Johnny Carson during the period.

Liza’s parents divorced in 1951 and they both re-married. Judy Garland married producer Sid Luft and soon Liza was half-sister to Joey and Lorna Luft, who is also well-known these days for her vocal work and recording career. Liza spent her early life splitting her time between both parents, and after a few small roles in theatre she became a professional performer in 1963, in a revival of the musical ‘Best Foot Forward’. She received the first of her many awards when she picked up a ‘Theatre World Award’ for her part in the production.

When she was nineteen Liza began performing as a nightclub singer, firstly in Washington D.C at the Shoreham Hotel, and then later at clubs in Los Angeles, Chicago, New York, Miami and Las Vegas. She was a natural at performing as well as an accomplished and talented vocalist, and she soon enjoyed many positive reviews and growing stardom. She released several albums featuring her mix of popular classics and show-tunes during her early singing career, including ‘Liza! Liza!’ in 1964, ‘It Amazes Me’ the following year and ‘There is a Time’ in 1966. Her first dramatic film role came in 1964 when she voice acted for the animated sequel ‘Journey Back to Oz’, although the release of the film was delayed due to financial problems until 1972. In 1964 Liza also appeared in an episode of ‘Mr Broadway’ and was invited by her mother to perform in concert alongside her at the London Palladium, with the duet also being released on an album. Liza made her debut on Broadway in 1965 in ‘Flora the Red Menace’, and received a Tony Award in the ‘Best Actress in a Musical’ category for her performance, in the process becoming the youngest ever recipient of the award at the time.

Liza’s first credited film role came in 1967 when she performed in ‘Charlie Bubbles’ as the romantic lead alongside Albert Finney, in 1969 she appeared in ‘The Sterile Cuckoo’, earning her first Academy Award nomination, and in 1970 she starred as the eccentric Junie Moon in ‘Tell Me That You Love Me, Junie Moon’. Liza also enjoyed more success with her musical career during the late 1960’s and early 1970’s. She released albums for both A&M Records and Columbia Records, with ‘Liza Minnelli’ being released in 1968, ‘Come Saturday Morning’ and ‘New Feelin’ in 1970 and ‘The Singer’ in 1973.

In 1972 Liza starred in her-best known acting role, as Sally Bowles in ‘Cabaret’. The film was a huge success and the awards rained down on her. She won the Academy Award for Best Leading Actress, a Golden Globe and a BAFTA Award for the role. She performed in a made for TV special concert, ‘Liza With a Z’, on the back of the success of the film, a production that not only received unanimous praise and also made her an internationally recognized superstar, but it also earned her an Emmy Award.

Liza’s career and popularity took off after the success of ‘Cabaret’ and ‘Liza With a Z’ and she was in great demand during the later 1970’s. She worked with Ingred Bergman in ‘A Matter of Time’ in 1976, and alongside Robert De Niro in the musical ‘New York, New York’ the following year, singing the iconic signature tune in the film, a performance that she occasionally reprised in later years alongside Ol’ Blues eyes himself, Frank Sinatra, who made the song an instantly recognizable classic with his famous cover version. In 1977 as well as filming ‘New York, New York’ she also managed to record and release her eighth studio album, ‘Tropical Nights’.

Liza focused more on her live music after ‘Tropical Nights’, she performed in several concert tours and made a much lauded performance at Carnegie Hall in 1979. She returned to acting in 1981 when she starred in ‘Arthur’, taking the role of Linda Marolla, the love interest to Dudley Moore’s alcoholic millionaire character Arthur Bach in the film. ‘Arthur’ was a huge success globally and eventually made over $95 million at the box office, but from that point onwards Liza cut down on her acting roles, although she did agree to reprise her role for the sequel to ‘Arthur’, ‘Arthur 2: On the Rocks’ in 1988.

Although Liza had found great success as both a singer and an actress, her personal life had not gone so smoothly. When her mother died in 1969 she began taking Valium, and soon developed an addiction to prescription drugs, but she also has had a long-standing battle with addiction to alcohol. Her personal life was also lacking the stability of her career. She married entertainer Peter Allen in 1967 but the couple divorced in 1974. Liza later disclosed that she had unexpectedly discovered Peter was bi-sexual upon returning home unexpectedly one day, but still found to strength to joke about what must have been a shocking experience, commenting that she would never again ‘surprise anyone coming home as long as I live’. Her second marriage, to director Jack Haley Jr took place soon after her divorce, but that union too was not long lasting, the pair divorced in 1979. Once again Liza jumped into another marriage soon after a divorce, this time to sculptor Mark Gero, and this marriage, her third, lasted longer but by 1992 she was notching up a third ended marriage.

Liza has remained in demand and hugely popular throughout her career, and after her third divorce she returned to the studio to collaborate with Bill Stritch to record a number of unplugged classics. Many reviewers considered the work to be the peak of Minnelli’s musical accomplishments, with her softer, sultry and more interpretive tone highly applauded by fans and critics alike. In 1997 Liza came back to her spiritual home Broadway to replace Julie Andrews in the leading role of the musical ‘Victor/Victoria’, once again to critical acclaim, but by the year 2000 she began to suffer with serious health issues.

Liza was diagnosed with an extreme case of viral encephalatis, her doctors expected her to be wheelchair-bound for the rest of her life, and that she would completely lose the ability to speak. But Liza astounded the medical experts by her determination to beat the debilitating effects of the illness, taking dancing lessons and vocal training daily in order to eventually make a miraculous recovery. She made her comeback performance at the request of her long-time great friend and fellow superstar Michael Jackson, at Madison Square Garden at the ‘Michael Jackson 30th Anniversary Concert’ in 2001.

The Michael Jackson concert was produced by David Gest, who was so impressed by Minnelli’s strength and talent that he produced a Worldwide tour for her and also produced a live album recorded during the tour, ‘Liza’s Back’ which was released in 2002. The album was hugely celebrated, not only for it’s quality, but also because of Liza’s remarkable recovery, and the tour contained many memorable performances, particularly in New York City and London when Liza had finally performed her mothers classic song ‘Over The Rainbow’, after many years of declining requests from fans to do so.

Liza surprised many fans by marrying for a fourth time, to David Gest in 2002, but once again personal happiness eluded her, and this time her divorce was acrimonious and painfully public. Gest made many allegations against Liza and she responded with complaints of her own, their divorce was eventually awarded in 2007 after a lengthy legal battle.

Liza’s popularity remained as great as ever, and she has appeared in many popular TV shows in recent years, most notably in ‘Arrested Development’ and ‘Law & Order’, she also returned to Broadway again in 2008 and although it was noted that she was no longer quite as polished a performer as she had been in her peak, she still managed to delight audiences, who always begged for more.

Liza’s appearances since then have been few and far between, she has performed with Cher, Cyndi Lauper and Rosie O’Donnell, and even appeared on Australian Idol as a guest judge, in 2015 she celebrated the 50th anniversary of her Broadway debut in ‘Flora the Red Menace’ at the Imperial Palace Hotel in Nevada.

With a long and glittering career behind her, this true superstar has achieved something that only seventeen other entertainers have ever managed before, the ‘Grand slam’ of American show business. The acronym EGOT refers to those rare legendary performers who have won the major awards in television, music recording, film and theatre, respectively the Emmy, Grammy, Oscar and Tony awards. In 1990 Liza completed the Grand-slam when she was awarded a Grammy Legend award, and she joined the ranks of legendary entertainers such as Harry Belafonte, Barbara Streisland and James Earl Jones. It’s a prestigious honour to be on that exclusive EGOT list, the very best of the best, and after such a fantastically long and acclaimed career, it’s still not enough to truly recognise Liza Minnelli’s enormous impact on the World of entertainment, but it’s the most recognition that anyone in show-business can get, and it will just have to do.