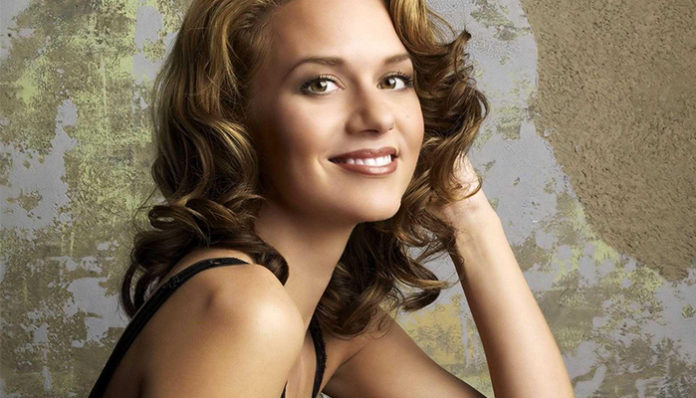 Born in Virginia, American actress Hilarie Burton first rose to prominence as a regular cast member in the drama series, One Tree Hill (2003). The oldest out of four siblings, she initially took an interest to acting during her childhood. After graduating from high school, she relocated to New York where she attended New York Universityーall while remaining hopeful of one day becoming an actress. Toward the end of the 90’s, Burton received a lucky break when she landed a job at MTV as a VJ for Total Request Live (1999). Although the stint was temporary, the producers were so impressed with her that they later decided to offer her a permanent position. With that, the blonde went on to host various TV specials such as MTV’s Iced Out New Year’s Eve and the 2000 MTV Video Music Awards. After a while, a huge opportunity came her way when she was offered a guest role in the popular TV series, Dawson’s Creek; it ultimately served as her small screen debut.

From there, the blonde beauty soon found herself playing a lead character in The WB drama series, One Tree Hill (2003). One of the network’s longest-running shows, it drew in over four million audience members at the peak of its popularity in 2004. Her first major portrayal on television, her portrayal of Peyton Sawyer, an ambitious musical and visual artist garnered her many fans during her time on the show. After the series came to an end in 2009, Burton took part in a number of TV films including Naughty or Nice (2012), The List (2013), and Christmas on the Bayou (2013). During that period, she also landed a main role in the third season of the police procedural drama, White Collar (2010). Over the next few years, the actress guest starred in a number of popular TV series such as Grey’s Anatomy (2013), Hostages (2013), and Extant (2015), to name a few.

Like many actresses, Burton has also starred in several films throughout her career. In 2005, she made her movie debut in Cameron Watson’s Our Very Own, where she played as one of the protagonist’s friends. After being cast as another supporting role in Normal Adolescent Behaviour (2007), she landed her first major film role in the horror flick, Solstice (2008), playing alongside Shawn Ashmore, Elisabeth Harnois, and Tyler Hoechlin. Later that same year, she also co-starred in The List (2008), and The Secret Life of Bees (2008)ーthe latter of which earned her a Hollywood Film Award. Her most recent appearance on the big screen was in that of the drama film, Bloodworth (2010). Throughout the years, Burton has taken on well over two dozen roles as an actress.

So what has the Virginia-native been up to lately? Has she been cast in any new roles these last few months? What happened to Hilarie Burton? Where is she now in 2018? 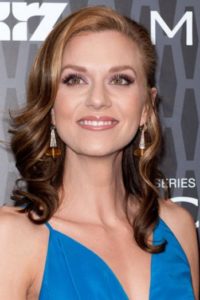 Born on July 1, 1982 in Sterling, Virginia, Hilarie Ross Burton is the daughter of a real estate agent, and a former Green Beret; the oldest out of four siblings, she grew up with three younger brothers. Raised in a tight-knit family, Burton developed an interest for acting early on in her life. As a teen, she was an involved student at Park View High School were she was a member of the student council for two years, and the captain of the cheerleading team; during her senior year, she also served as the homecoming queen. After graduating in 2000, she moved to New York to attend New York University; despite her studies, she never gave up her dream of becoming an actress.

In the early 2000’s, Burton received a lucky break when she landed a stint with MTV as a VJ, which had her interviewing celebrities on the red carpet. Although the job was originally temporary, the producers were so impressed with her talents that they later offered her a permanent position. With that, the aspiring actress went on to present various subsequent TV specials such as MTV’s Iced Out New Year’s Eve and the 2000 MTV Video Music Awards. In 2002, a huge opportunity came her way when she was given the chance to portray herself in the popular teen drama, Dawson’s Creek; it was also her official acting debut on television. Not long afterward, Burton received a huge breakthrough with The CW drama series, One Tree Hill (2003); she had been cast as one of its principal characters. 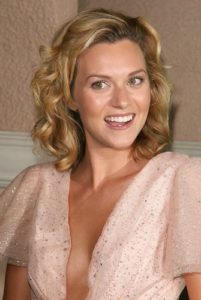 Created by Mark Schwahn, One Tree Hill centred around the lives of a group of friends in the small town of Tree Hill, North Carolina. Playing one of the lead roles, Burton took on the role of Peyton Sawyerーa beautiful, yet fiercely independent young woman whose greatest ambition is to become a successful visual and musical artist.

Not only is she talented in the arts, but she is also a talented cheerleader; as things unravel throughout the series however, she ultimately finds herself facing one tragedy after the next. Introduced in the series premiere, Burton’s character appeared for a total of 130 episodes, prior to her departure from the show in 2009. In addition to the actress, One Tree Hill also starred Chad Michael Murray, Bethany Joy Lenz, James Lafferty, Paul Johansson, and Barry Corbin.

Filmed on location in Wilmington, North Carolina, the drama debuted on The CW on September 23, 2003. Considerably popular among viewersーespecially those between the ages of 18 and 34ーOne Tree Hill attracted an average of 3.5 million audience members during its first season. At the peak of its popularity during season two, the series attracted over 4.3 million viewers. Throughout its nine year run (although Burton was only on until 2009), it won received numerous accolades; for her portrayal of Peyton, Burton’s first major role on television, she was nominated for four Teen Choice Awards for the categories of “Choice Breakout TV Star” and “Choice TV Actress”.

A year after One Tree Hill wrapped up, Burton was cast as a main character in the third season of the USA Network series, White Collar (2010). Created by Jeff Eastin, the police procedural drama revolved around a white collar con-artist who agrees to use his expertise in assisting the FBI with the catching of other criminals. The two lead protagonists, FBI Special Agent Peter Burke and Neal Caffrey, the multi-talented con-artist in question were played by Tim DeKay and Peter Burke respectively. Halfway through the show’s second season, Burton made her debut as Sara Ellisーa highly intelligent insurance investigator who has a past with Neal; the two later begin a relationship in the series. Appearing throughout season two, three and four, Burton ultimately appeared in 25 out of the show’s 81 episodes.

Originally premiered on the USA Network on October 23, 2009, White Collar garnered over five million viewers during its series premiere that fall. Although viewership eventually began to decline in the later seasons, it still managed to maintain an average of around two million viewers throughout its run. Despite this, the general reception for the drama was overwhelmingly positive. Not only has it achieved a 100% approval rating on Rotten Tomatoes, but it also received numerous award nominations during its six-season run. After five years, White Collar came to an end on December 18, 2014. 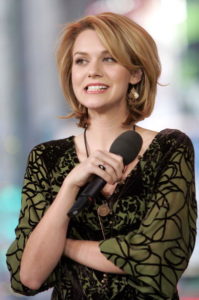 In the fall of 2008, Burton was among the main cast in the drama film, The Secret Life of Bees. Set in the mid 1960’s, the movie centres around a fourteen year old teen who, haunted by the memory of her mother who’d passed away in a tragic accident, decides to run away from the troubled relationship with her father with her friend and caregiver, Rosaleen.

Taken in by the Boatwright sisters, she eventually finds herself mesmerized with the world of bee-keeping. While Dakota Fanning played the role of Lily Owens, the girl in question, Burton portrayed the part as Deborah Owenーher late mother. In the beginning of the film, it is revealed in a flashback that Lily had accidentally killed her mother in a devastating gun accident.

Distributed by Fox Searchlight Pictures, The Secret Life of Bees came out in theatres on October 17, 2008. During its opening weekend, the film took in over $10.5 millionーwhich is already close to its production budget of $11 million. By the time its run was over, it had grossed over $47 million in the US and Canada alone. Met with mostly positive reviews, it won several awards including two People’s Choice Awards for “Favourite Independent Movie” and “Favourite Movie Drama” at the 35th annual event. Although Burton’s role in the film was relatively small compared to that of the other characters, it is still one of her best remembered movie portrayals.

In July of 2014, Burton returned to televisionーafter having played several guest characters on and off over the past few yearsーfor a recurring role in the sci-fi drama, Extant. Created by Mickey Fisher, it revolved around Molly Woods, an astronaut who after returning to her family on Earth, is shocked to discover that she is inexplicably pregnant after being on a solo mission in outer space for over a year. Filmed in Los Angeles, California, Extant starred Halle Berry as the ISEA astronaut; other main cast members included Goran Visnjic, Hiroyuki Sanada, Pierce Gagnon, Grace Gummer, and Jeffrey Dean Morgan. Playing the role of Anna Schaeferーa government operative, Burton was first introduced in the second episode of the second season, Morphoses; her character later makes her last appearance in the episode entitled, Don’t Shoot the Messenger, which aired on August 26, 2015.

Premiered on CBS on July 9, 2014, the critical reception for Extant was generally positive; for instance, its series premiere was watched by nearly twelve million viewers. The winner of a Critic’s Choice Television Award for “Most Exciting New Series”‘, it continued for twenty six episodes over two seasons, prior to ending on September 9, 2015. A month later, the network confirmed the show had been cancelled.

Since 2016, Burton has been playing the recurring character of Karen Plamer, a DEA agent in the comedy drama, Lethal Weapon. According to IMDb, she will be appearing in at least three episode in 2017. If you’d like to watch the series, it airs every Wednesday on Fox at 8/7C. So far, it would appear that that is the only active project that she has ongoing at the moment.

In terms of news headlines, the actress recently revealed the reason why she and Sophia Bush, a fellow co-star from One Tree Hill, will always be friends. Although they’ve gone through some arguments in the past, the star explained that they “have an understanding between them” that allows them to bond especially close.

If you’d like to stay up to date and connected with the 34-year-old actress from Virginia, you can do so by following her on social mediaーyou can find Hilarie Burton on Facebook at @HilBurton.