What Happened to Jamie-Lynn Sigler – 2018 Update 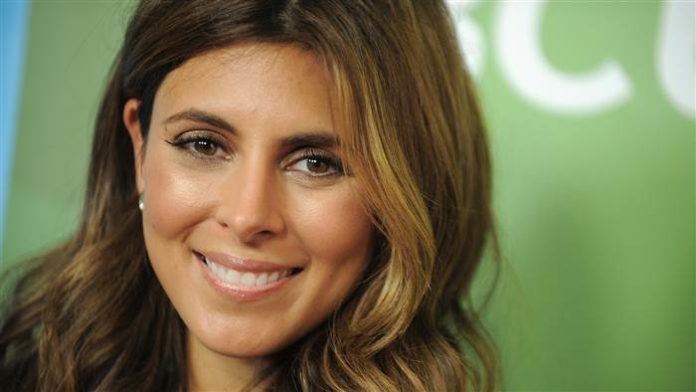 Raised in New York, Jamie-Lynn Sigler is an American actress who is best recognized for her role as Meadow Soprano in the crime drama, The Sopranos. A natural performer, she loved to sing and act ever since she was a young girl. During her youth, she starred in several theatrical plays including The Sound of Music, The Wizard of Oz, Annie, and The Whiz. Taking her passion for drama further, she eventually played a leading role in a touring production of Cinderella, opposite of fellow actress Eartha Kitt at the age of twenty. Not long afterward, Sigler made her Broadway debut in Disney’s Beauty and the Beast, where she portrayed none other than the female protagonist, Belle. Outside of theatre, the brunette made her movie debut in the 1998 action drama film, A Brooklyn State of Mind. From there, she received a huge break when she was cast as one of the main leads in the HBO series, The Sopranos (1999).

Immensely popular with high viewership ratings, the drama series brought her much fame during its eight year run. In fact, the show has garnered her not oneーbut three different awards: two Young Star Awards for “Best Young Actress in a Drama Series” and “Best Performance by a Young Actress” and a Screen Actors Guild Award for “Outstanding Performance by an Ensemble in a Drama”ーamong several other nominations. To date, Sigler is probably best remembered for her role as the intelligent, yet over-dramatic daughter of the Soprano family. While she was on The Sopranos, Sigler also appeared in a handful of films including Extreme Dating (2005), Lovewrecked (2005), Homie Spumoni (2006), and Dark Ride (2006). In 2005, she also lent her voice to a recurring character in the children’s animated series, Higglytown Heroes. Since then, the actress has gone on to star in Entourage (2008), Ugly Betty (2009), and Guys with Kids (2012), to name a few.

While she hasn’t taken on any lead roles on television in the recent years, she has guest starred in several popular series such as Dads (2014), CSI: Cyber (2016), and Baby Daddy (2016). In between the projects, she also appeared in various movies including Anatomy of the Tide (2015), Loserville (2016), and The Snowy Day (2016). Aside from acting, Sigler is also pretty big on reality TVーfor instance, she has starred in Celebrity BlackJack (2004), Punk’d (2005), RuPaul’s Drag Race (2013), Hollywood Game Night (2013), and Celebrity Name Game (2014). Throughout her multi-decade long career, the brunette has amassed over forty credits to her name in the show biz industry.

What is the actress of The Sopranos fame been up to as of late? What new roles have she managed to snatch up these last few months? What are some of her latest shows and movies? What happened to Jamie-Lynn Sigler? Where is she now in 2018? 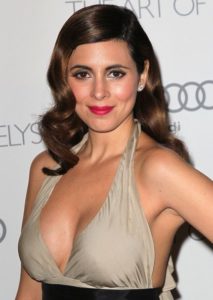 Born on May 15, 1981 in Jericho, New York, Jamie-Lynn Sigler is the daughter of Connie and Steve Sigler; she has two brothers and is of Jewish, Greek, and Cuban descent. Ever since she was seven, she had been dancing and acting. As a child, she went to a local Hebrew School before attending Jericho High School as a teen, after her bat mitzvah.

Having gotten her start as a member of the New York regional theatre, Sigler participated in a number of theatrical plays including that of The Sound of Music, Annie, The Wiz, and The Wizard of Oz. At the age of twenty, she took part in a touring production of Cinderella, where she starred opposite of fellow actress, Eartha Kitt. In 2002, the brunette made her Broadway debut when she was cast as Belle in Disney’s production of Beauty and the Beast.

While she was acting in theatre, she also got her start in film. In 1998, she appeared in a movie for the first time in Frank Rainone’s action drama, A Brooklyn State of Mind. Not long afterward, Sigler received a huge breakthrough when she was chosen to play a series regular in the HBO crime drama, The Sopranos (1999).

Although she’d starred in many theatrical productions before, it was her first time playing a main role on television. Created by David Chase, The Sopranos revolved around a fictitious Italian-American family, headed by an American mobster named Tony Sopranoーwho often finds himself struggling to balance his criminal activities and his personal life at home. In the show, Sigler portrayed the part of Meadow Sopranoーhis daughter who despite being spoiled and over-dramatic in the early seasons of the show, eventually comes to learn the reality of life and consequences over the course of the series. After being introduced in the pilot, she went on to appear in every episode until the end of the drama in June 2007. Other starring actors include James Gandolfini, Edie Falco, Lorraine Bracco, Michael Imperioli, and Dominic Chianese.

Originally premiered on January 10, 1999 on the HBO Network, The Sopranos garnered approximately 3.5 million viewers during its series premiere. Quickly growing in popularity, its viewership ratings subsequently went up in the later seasonsーpeaking at over 13 million at one point during its fourth season. One of the hottest shows on the network at the time, it has been named the “Best Written TV Series of All Time” by both the Writers Guild of America and TV Guide. Throughout its eight-year run, it earned sundry industry awards including five Golden Globes, and 21 Primetime Emmy Awards. For the brilliant performance that she gave in The Sopranos, Sigler also received a Screen Actors Guild Award, and two Young Star Awards. 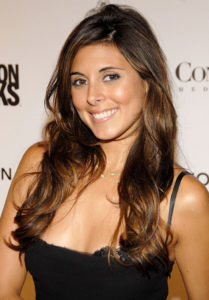 During the time that she was starring in The Sopranos, Sigler also appeared in a number of films including Extreme Dating (2005), Lovewrecked (2005), Homie Spumoni (2006), Dark Ride (2006), and New York City Serenade (2007). Not long after the end of the crime drama, the actress landed a recurring role in the HBO comedy drama, Entourage (2007).

Created by Doug Ellin, it revolved around the life of Vincent Chase, a young A-list actor who navigates the unfamiliar city of Los Angeles with a few of his childhood friends from New York City. Loosely based on the experiences of Mark Wahlberg, one of the series’ executive producers, it mainly revolved around themes of male friendship and the various real-life situations of Hollywood. Although the show premiered back in 2004, Sigler didn’t join the main cast until 2008. Playing the role of herself, she first appeared in the eighth episode of the fifth season; she later went on to appear in a total of thirteen episodes. Other main characters were played by Kevin Connolly, Adrian Grenier, Jerry Ferrara, Kevin Dillon, Debi Mazar, and Perrey Reeves. Aside from its regular cast, Entourage is also well known for featuring a number of famous celebrity guestsーone of which includes Sigler.

Originally premiered on July 18, 2004, Entourage proved itself to be well-received by viewers upon its release. Praised for its smart, and funny scriptwriting, it garnered numerous positive reviews from critics writing for various mainstream publications such as Entertainment Weekly and The Wall Street Journal. The second Primetime Emmy Award-winning series that Sigler had been a part of, it also received a Golden Globe Award, a PGA Award, among numerous nominations. In total, Entourage continued for seven years; by the time the show ended, it had run for over ninety episodes. For her portrayal of the character, she was nominated for an ALMA Award for “Best Actress in a Comedy Television” in 2009.

From there, Sigler went on to play another supporting character in the ABC comedy drama, Ugly Betty (2009). Based on a Colombian telenovela, it centered around a young Mexican American woman named Betty Suqrez, who despite her lack of style manages to secure a job working for a prestigious fashion magazine. Filmed in New York and Los Angeles, it starred actress America Ferrera as the title character; other main characters in the series were played by Eric Mabius, Michael Urie, Vanessa Williams, Ana Ortiz, Tony Plana and Becki Newton. In the show, Sigler portrayed a character named Natalie, who first appears in the third episode of the fourth season; she made her last appearance in Ugly Betty in the episode entitled, Level (7) With Me after guest starring in five episodes.

Developed by Silvio Horta, Ugly Betty first made its way onto television on September 28, 2006 (although Sigler didn’t appear until 2009). A surprise hit, its initial season drew in over 11 million viewers; however like many shows, its ratings eventually began to drop with the subsequent seasons. By the time it was on its fourth season in 2009, it had an average viewership of 5.5 million in the United States. Still, the series won several awards including two Golden Globes, a SAG Award, and a Peabody Award. After 85 episodes, Ugly Betty finally concluded on April 14, 2010. 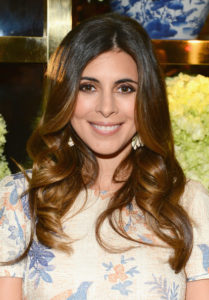 Several years later, Sigler landed a starring role in the NBC comedy series, Guys with Kids, where she played alongside Erinn Hayes, Zach Cregger, Anthony Anderson, Tempestt Bledsoe, and Jesse Bradford. The brainchild of Amy Ozols, Jimmy Fallon and Charlie Grandy, it chronicled the lives of three close friends, Gary, Chris and Nickーwho are still children at heartーas they try to raise their own young children with their respective partners. While Anderson, Bradford, and Cregger played the three 30-somethings, Sigler portrayed the part of Emily TheyerーZach’s wife. Aside from its main cast, Guys with Kids also featured a number of recurring characters who are played by Brian Posehn, Fiona Gubelmann, Kareem Abdul Jabbar, and Mark Consuelos.

First shown on television on September 12, 2012, Guys with Kids attracted over six million viewers for its pilot episode. Having said that, its ratings eventually began to dwindle with later episodes; by its tenth episode, it only garnered an average of three million. Despite its all-star cast, the comedy was generally met with negative reviews from contemporary critics; in particular, many panned the series for its lack of plot and humour. Following a seventeen-episode run, Guys with Kids was cancelled by NBC due to low ratings.

This January, Sigler appeared in a made-for-television film called Mommy, I Didn’t Do It (2017), which was directed by Richard Gabai. Starring Paige Searcy, Danica McKellar, and Jonathan Bennett, it revolved around Ellen Plainviewーa new law school graduate who looks forward to spending time with her seventeen year old daughter, Julie. One of the few supporting characters, Sigler played the role of of character named Vera Dutton.

In terms of the big screen, the actress will be starring in an upcoming western movie, Justice (2017), which is currently in post-production. Written by Shawn Justice and John Lewis, its main cast will also star Jackson Rathbone, Ellen Hollman, and Stephen Lang. According to a released synopsis, it will center around a US Marshal who is determined to seek justice for his brother’s murder.

If you’d like to stay up-to-date with the 35-year-old actress from New York, you can do so by following Jamie-Lynn Sigler on social mediaーyou can find her on Twitter at @JamieLSigler or on Instagram at @jamielynnsigler.