What Happened to Kaitlyn Bristowe – Who She’s Dating in 2018 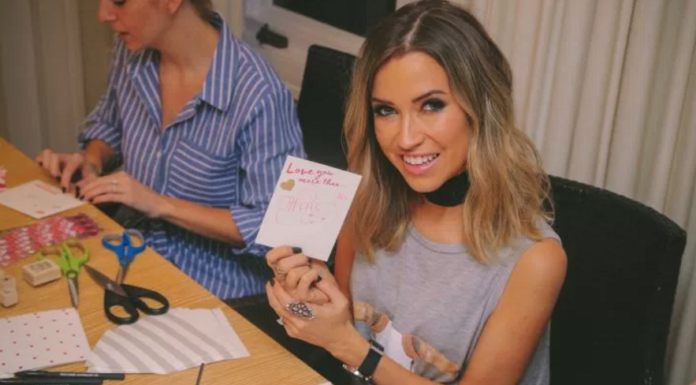 Kaitlyn Bristowe is a 31-year-old dance instructor, best known for being a contestant on Season 19 of The Bachelor and Season 11 of The Bachelorette. Bristowe ultimately accepted the proposal of Shawn Booth at the end of her season, and the couple have been in and out of the news. What have they been up to most recently, and do we have a wedding date yet?

Kaitlyn Bristowe on The Bachelor

Before ending up on The Bachelor, Bristowe grew up in Alberta, Canada. She moved to Vancouver for a dance scholarship, and after graduation, she became a spin-class instructor.

In early 2014, she was cast as a contestant on Season 19 of The Bachelor. It wasn’t until August that Chris Soules was chosen at the star – for a long time, ABC couldn’t decide between Soules and Arie Luyendyk, from Season 8 of The Bachelorette.

Chris Soules’ season of The Bachelor started with an unprecedented three-hour long live episode. Kaitlyn taught Chris a dance move, but otherwise took a backseat to the antics. On the first group date, during Week 2, Kaitlyn took place in a zombie-themed paintball game and received a rose afterward.

During Week 3, Kaitlyn had her first one-on-one date with Chris, organized by Jimmy Kimmel. Kimmel gave Kaitlyn and Chris a shopping list and sent them to Costco. Then they came home and made dinner for themselves and Kimmel. The experience was enough to earn Kaitlyn a rose. Kaitlyn also began to stand out to audiences, mostly for her clear sense of humor. On the next few group dates, Kaitlyn went swimming naked, and went white-water rafting. In Week 6, Kaitlyn and some other contestants write love songs, trained by Big & Rich, for Chris, and the following week, headed to Iowa for the hometown dates.

Kaitlyn’s hometown date was in Phoenix, Arizona, even though she grew up in Canada. Her parents were in Arizona for the winter, and it required significantly less travel time. During their date, Chris and Kaitlyn went to a recording studio to record a rap song about their relationship so far.

After the studio, Kaitlyn and Chris went to meet Kaitlyn’s family. There, Kaitlyn’s mom warned Chris she might be a bit guarded because of a previous relationship. Later that night, Kaitlyn made it very clear she was not too guarded – she rented a billboard that said “Kaitlyn ❤︎ Chris.”

For the last episode before the finale, Chris, Kaitlyn, Becca Tilley, and Whitney Bischoff all went to Bali. Kaitlyn and Chris had their date first, and afterward, in the fantasy suite, she opened up to Chris. She shared that she was having strong feelings for him, and Chris reciprocated.

By the end of the week, Kaitlyn and Whitney are talking together about how Chris is going to send Becca home. It came as quite a shock when instead, he sent Kaitlyn home! She was upset, in part with herself for letting her guard down. Chris sending Kaitlyn home was such a surprise that Chris Harrison, the host of The Bachelor, even apologized to Kaitlyn for having it happen during the Rose Ceremony.

Kaitlyn Bristowe on The Bachelorette

Their choice was obviously Kaitlyn, which led to one contestant bowing out of the contest. Shawn Brooks, the eventual winner, was the first to receive a rose, but otherwise, the first few weeks were unremarkable.

On Week 4, though, Kaitlyn caused her first big controversy. She ran into Nick Viall, who was the runner-up of Season 10 of The Bachelorette, back when Andi Dorfman was the star. After some objections, Kaitlyn brought Nick on as a contestant.

Nick’s presence ended up injecting a lot of drama into what could have otherwise been a pretty bland season of The Bachelorette. The week after bringing him on, the other contestants are already upset by him and are concerned Kaitlyn has already made her decision and will give him the final rose.

Kaitlyn didn’t help things when she gave him the group date rose in Week 5, or slept with him in Week 6. For a while, it looked like Nick would be the definite winner, but while the show was filming in Dublin, Shawn Brooks made his presence clear.

By the time it came time for Kaitlyn to meet her contestants’ families, it was clear that she was pretty set on either Nick or Shawn. It still wasn’t clear who she’d go with by the finale. After individual dates with Nick and Shawn, Nick was the first to show up for the Final Rose Ceremony, and got down on one knee and gave a proposal.

Kaitlyn stopped him, though, and Nick went home. Shawn Brooks proposed, and Kaitlyn accepted, ending one of the most emotionally intense seasons of The Bachelorette.

Last fall, we learned that Nick Viall was going to be the star of Season 21 of The Bachelor. Since that announcement, he’s done a few interviews. In one, he said he was thankful that Andi Dorfman didn’t pick him in Season 10 of The Bachelorette, and “more thankful” that Kaitlyn declined his proposal.

Kaitlyn responded, agreeing with his sentiment. She stressed that she’s happy with Shawn, and considering he gets to be The Bachelor, he has everything to be thankful for. She wasn’t able to give much more information, though – apparently, this former Bachelorette doesn’t watch the franchise that made her famous!

Kaitlyn’s engagement with Shawn has been dragging on for a while now, but a recent interview showed that she’s still making plans, and isn’t in any rush to tie the knot. Kaitlyn and Shawn seem happy together, so they’re understandably cautious of changing their relationship too fast.

Outside of her relationship, Kaitlyn Bristowe has recently been working with a Canadian resort franchise, Fairmont, and the airline Air Canada, to put together inclusive traveling packages for touring her home nation.