What Happened to Leighton Meester – 2018 Update 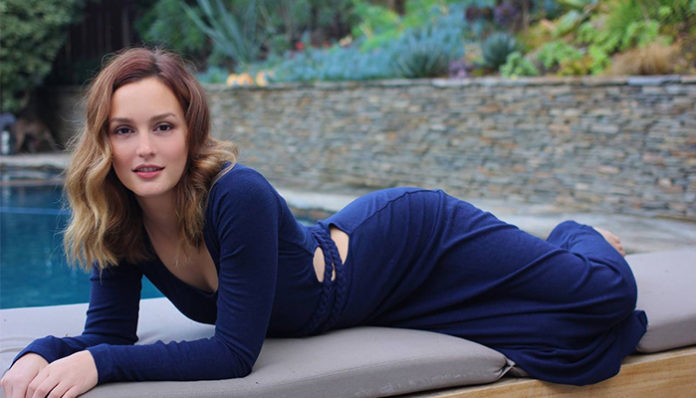 Leighton Meester is an American actress who is most well-known for playing the character of Blair Waldorf in the teen drama, Gossip Girl. The daughter of a writer, she developed a keen interest in acting at a young age. During her youth, she took part in a number of plays at a local playhouse. After relocating to New York City at the age of eleven with her mother, she started to work as a young model with Wilhelmina, a New York-based modelling agency, while attending the Professional Children’s School; one of her first gigs involved her posing for a Ralph Lauren campaign. Before long, Meester was also appearing in various television commercials, such as those for Limited Too and Tamatgotchi. At the age of thirteen, the artist made her television debut in an episode of the popular crime series, Law & Order, where she played the friend of a murder victim. Seeking more stable work, she eventually mode to the Los Angeles, California, the country’s entertainment capital.

A couple of years after appearing in Law & Order, she landed another guest role in the series, Boston Public (2001). From there, she played various minor parts in the series Once and Again (2002), Family Affair (2002), and The Jackalope (2003). In 2003, Meester also made her feature film debut in the horror thriller, Hangman’s Curse, co-starring alongside Mel Harris and David Keith. Soon afterward, she was cast as a series regular in the short-lived drama, Tarzan (2003). Following that, she guest starred in a number of series including Crossing Jordan (2004), 7th Heaven (2004), North Shore (2004), Hollywood Division (2004). After appearing in a few episode of 24 in 2005, the actress caught a break when she offered a lead part in the NBC science-fiction series, Surface (2005). However, it wasn’t until 2007 that she received the biggest breakthrough of her career when she was cast as Blair Waldorf in the teen drama, Gossip Girl (2007). One of the most popular series on TV at the time, it effortless propelled her into celebrity status.

After Gossip Girl came to an end in 2012, Meester began focusing her attention on the big screen. In 2012, she played the female protagonist in the comedy flick, That’s My Boy alongside Adam Sandler, and Andy Samberg. Following a two break break from acting, she later returned in the romance comedy, Life Partners which hit theatres in November of 2014. Since then, Meester has also starred in The Judge (2014), Like Sunday, Like Rain (2014), By the Gun (2014), and Of Mice and Men (2014). In 2015, she appeared on television for the first time since the end of Gossip Girls in the TV film, Any Tom, Dick, or Harry.

So why has the seasoned actress been up to in the recent months? What new roles will she be portraying this upcoming year? What happened to Leighton Meester? Where is she now in 2018? 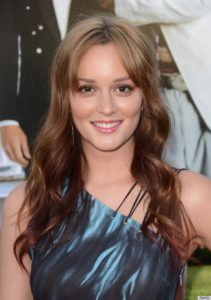 Born on April 9, 1986 in Fort Worth, Texas, Leighton Marissa Meester is the daughter of Douglas, an internet company employee and Constance Meester, a writer; she is of Scottish, Welsh, Dutch, English, Irish and German descent. At the time of her birth, her mother was serving time in a federal prison for being involved with smuggling marijuana to the United States.

While she completed her sentence, Meester was taken care of by her grandmother. Despite her parent’s criminal past, she had a fairly normal childhood. Growing up in Marco Island, Florida, Meesterーwho had developed an early interest in drama and actingーparticipated in several local plays at a children’s playhouse. After her mother was released, the two relocated to New York City; Meester was eleven years old at the time.

Once there, she went to the Professional Children’s School in New York City, a college preparatory institute geared toward aspiring child actors. Soon afterward, Meester also began modelling with the Wilhelminaーa New York-based modelling agency. Posing in front of the camera, one of her first gigs was for a Ralph Lauren campaign, for which she worked with photographer, Sofia Coppola. Eventually branching out into television, she appeared in a number of television commercials including ones for Clearasil, Limited Too, and Tamagotchi. At the age of thirteen, the aspiring actress made her small screen debut in an episode of the popular legal drama, Law & Order (1999), playing the friend of a murder victim. Following her first taste of acting, she relocated to Los Angeles, California for more opportunities. 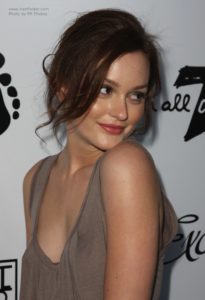 Two years later, the young actress landed a guest role in the comedy drama, Boston Public (2001). From there, she appeared in a couple of episodes of Once and Again (2002), and Family Affair (2002) the following year. In 2003, Meester made her movie debut in the horror thriller, Hangman’s Curse where she co-starred alongside Mel Harris and David Keith. Later that same year, she was also cast as a series regular in the adventure drama, Tarzan (2003), although the show was ultimately short-lived. Continuing with her career in the show biz, she later made a few appearances in the series Crossing Jordan (2004), 7th Heaven (2004), and North Shore (2004). In 2005, she was cast as Debbie Pendleton, a recurring character in the Golden Globe Award-winning series, 24.

Not long afterward, Meester received a break when she was selected to play one of the main leads in the NBC science fiction series, Surface (2005). Created by twin brothers Jonas and Josh Plate, it centred around a teenager, an insurance salesman and a marine biologist whose lives are forever changed after a new, potentially dangerous species of life is discovered in the waters of the North Pacific Ocean. One of the main cast members, the actress played the role of Savannah Barnettーthe sister of the teen who grows increasingly suspicious of her brother’s actions throughout the show. Other starring actors include Lake Bell, Carter Jenkins, Jay R. Ferguson, Rade Serbedzija and Ian Anthony Dale.

Originally premiered on NBC on September 19, 2005, Surface was relatively popular among audience members at the time of its run. After continuing for ten episodes, the series went on hiatus due to the broadcast of the 2006 Winter Olympics; it later resumed for five more episodes in January of 2006. Unfortunately due to low viewership ratings however, the series was eventually cancelled by NBC on May 15, 2006. 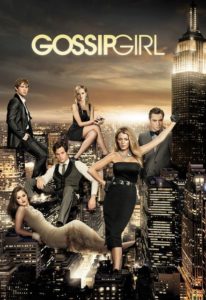 Adapted from a series of novels by Cecily von Ziegesar, Gossip Girl depicted the lives of a group of privileged teens living in the Upper East Side of Manhattan, New York. Portraying one of said teenagers, Meester played the role of Blair Waldorfーthe “queen bee” who is later revealed to be insecure about her social status; she appears in all 121 episodes of the show. Although her character can be somewhat snobbish at times, she is later also depicted to have a more sensitive side. For her portrayal of Blair, Meester garnered much widespread attention, not to mention two consecutive Teen Choice Awards in 2009 and 2010 for “Choice TV Actress in a Drama” (out of four nominations).

Premiered in the fall of 2007, Gossip Girl proved to be hugely popular, especially among teen audiences. One of the most highly anticipated shows of its season, it attracted millions of individuals to their screens, drawing in over 3.5 million viewers during its pilot episode. Although its ratings fell with the subsequent seasons, it still held a steady viewership level throughout the years. While some critics felt that it strayed too far from the original novel, others noted that all of the major plot points were included in the series. To this date, Blair Waldorf remains to be Meester’s best remembered portrayals on TV. 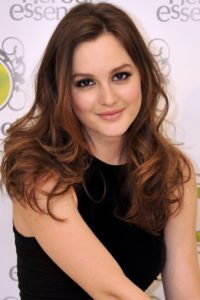 In the summer of 2012, around the same time as the end of Gossip Girl, Meester played a supporting character in the comedy film, That’s My Boy. Directed by Sean Anders, it centred around a man named Donny, who after fathering a son while in his teens, has been raising him as a single parent; much to his dismay however, things begin to come crashing down on his eighteenth birthday. While Adam Sandler and Andy Samberg played the roles of the two male leads, Meester was given the part of Jamie Martinーhis son’s fiancee whom he is about to get married to. As the plot unveils itself however, it is later revealed that she’s been cheating on Todd with his boss.

Distributed by Columbia Pictures, That’s My Boy made its way to theatre screens on June 15, 2012. During its opening weekend, it grossed approximately $13.4 million, putting it in fourth place at the box office behind Rock of Ages, Prometheus, and Madagascar 3: Europe’s Most Wanted. Unfortunately, by the end of its run, it only managed to gross a worldwide total of $57.3 millionーan amount significantly lower than its production budget of $70 million. On top of its lacklustre performance, it also sparked a bit of controversy about making light of serious topics such as child neglect and statutory rape. Still, Meester’s stellar performance in the film earned her a Teen Choice Award nomination for “Choice Summer Movie Star” in 2012, shortly after its release.

On top of being an accomplished actress, Meester has also embarked on a music career. On October 28, 2014, she released her debut studio album entitled, Heartstrings under the Hotly Wanting Label. Produced by Jeff Trott, the pop rock album came with nine tracks including Good for One Thing, Dreaming, Blue Afternoon, On My Side, Sweet, Run Away, and Entitledーall of which featured lyrics written by the artist herself. Upon its release, it garnered mostly positive reviews and charted at number 139 on the Billboard 200 and at number one on the US Top Heatseekers Album Chart. To promote the album, she later went on a North America Tour in January 2015.

This upcoming March, the actress will be appearing in a brand new comedy series called, Making History (2017). Created by Julius Sharpe, it will revolve around the antics of a professor and his colleagues after they successfully create a device that allows them to change events from the past. According to IMDb, Meester will be playing a character named Deborah Revere, who will be appearing in the pilot episode. Other cast members include Mark Ashworth, Jennie Carroll, Leslie Augustine, Megan Clancy and Richie Cottrell.

Aside from that, it doesn’t look like she has too many projects lined up for 2018, as of yet anyway. We’ll keep to updated!

If you’d like to stay connected with the 30-year-old actress, you can do so by following her on social mediaーyou can find Leighton Meester on Twitter or Instagram at @itsmeleighton. Or, you can also visit her official Facebook page at @leightonmeester.