What Happened to Wilmer Valderrama – 2018 Update 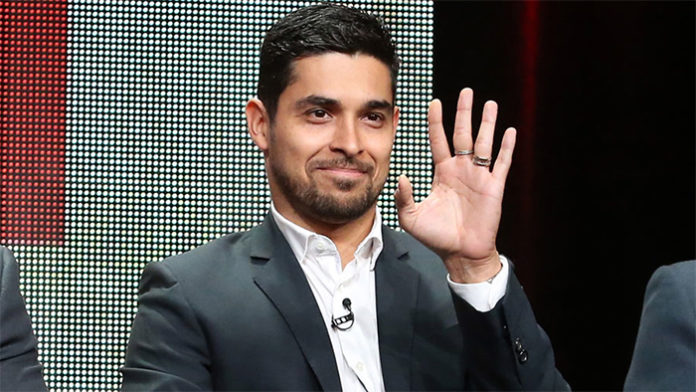 Hailing from Miami, Florida, Wilmer Valderrama is an American actor who is most well known for his portrayal of Fez in the sitcom, That ’70s Show. When he was three years old, his family relocated to Venezuela where he spent most of his early childhood. Having always been interested in acting, they later moved to Los Angeles, California, when he was thirteen years old. In his late teens, he made his professional debut in a Spanish-speaking commercial for Pacific Bell. Later signing on with a talent agent, he appeared on a television series for the first time in the drama, Four Corners (1998). Not long afterward, Walderrama received a huge opportunity when he was cast as one of the main leads in the Fox sitcom, That ’70s Show (1998). Finally given a chance to showcase his talents, the actor quickly captured the hearts of audience members with his portrayal of Fez, a foreign exchange student, who is one of the series’ central protagonists.

By the time the show ended in 2006, Walderrama had successfully made a name for himself in the show business; not to mention he’d also amassed a number of industry awards including three Teen Choice Awards for “Choice TV Sidekick”. While he was on the sitcom, he also made time for various side projects; for instance, he appeared in Grounded for Life (2002), Party Monster (2003), Clifford’s Really Big Movie (2004), Higglytown Heroes (2004), Robot Chicken (2005), and Fast Food Nation (2006), to name a few. Following the finale of That ’70s Show, he landed a lead role as a voice-actor in the children’s animated program, Handy Mandy (2006). From there, he guest starred in a handful of series, prior to being cast as a lead character in the police procedural, Awake (2012). More recently in 2014, he was a regular on the horror drama, From Dusk till Dawn: The Series where he co-starred alongside D.J. Cotrona, Jesse Garcia, Zane Holtz, and Elza Gonzalez.

Outside of the realm of television, Walderrama has also appeared in various films over the years. In 2001, he made his movie debut in the romantic comedy, Summer Catch. He subsequently went on to appear in Beauty Shop (2005), The Darwin Awards (2006), Unaccompanied Minors (2006), and Zoom (2006). Gradually moving onto bigger roles, he was cast as one of the leads in the films Columbus Day (2008), Days of Wrath (2008), and From Prada to Nada (2011)ーthe last of which earned him an Imagen Foundation Award nomination for “Best Supporting Actor”. Some of his later works include The Brooklyn Brothers Beat the Best (2011), School Dance (2014), The Girl Is In Trouble (2015), and The Adderall Diaries (2016).

What has the actor of That ’70s Show fame been up to recently? What new projects does he have in store for us fans this upcoming year? What happened to Wilmer Valderrama? Where is he now in 2018? 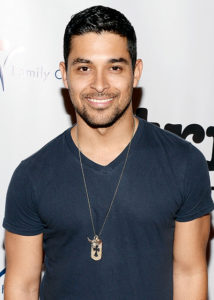 Born on January 30, 1980 in Miami, Florida, Wilmer Eduardo Valderrama is the son of Balbino A. and Sobeida Valderrama, both of whom are owners of a farm equipment rental company; he is of Venezuelan and Colombia descent. When he was three years old, him and his family moved from Miami to Venezuela, where he spent most of his early childhood.

Ever since he was a young boy, he had an interest for acting; in his youth, he starred in countless plays including that of Rumors and A Midsummer Night’s Dream. At the age of thirteen, his family relocated back to the United Statesーmore specifically, to the country’s entertainment capital of Los Angeles, California. Around that time, the aspiring actor appeared on national television for the first time in a Spanish-speaking commercial for Pacific Bell.

Encouraged by his drama teacher, Valderrama eventually signed on with a talent agent in the late 90’s. From there, it didn’t take long for him to land his first role in a television series in the CBS drama, Four Corners (1998). Soon afterward, the young actor who was only eighteen at the time, received a huge breakthrough when he was cast as one of the principal characters in the Fox sitcom, That ’70s Show (1998).

The brainchild of Mark Brazill, Bonnie Turner, and Terry Turner, That ’70s Show revolved around the lives of a group of teen friends living in the fictitious suburban area of Point Place, Wisconscin. One of the main characters, Valderrama portrayed the role of Fezーa foreign exchange student whose country of origin is one of the longest-running gags on the series. Although friendly and sweet, he often finds himself unable to gain attention from girls, despite his best efforts. He harbours a crush on Jackie, the youngest member of the group, although the two don’t get together until the show’s eighth season. His friends in the show are played by Topher Grace, Ashton Kutcher, Mila Kunis, Laura Prepon, and Danny Masterson.

Originally broadcasted on the Fox on August 23, 1998, That ’70s Show was a consistent performer for the network; for instance, its first season drew in close to twelve million viewers. Although its ratings eventually went down with the subsequent years, it still managed to maintain a fairly high viewership.  One of the most popular sitcoms of its time, it garnered numerous awards during its eight year run including a Primetime Emmy Award, an ASCAP Film and Television Award, among others. For his portrayal of Fez, the foreign exchange student of unknown origin, Valderrama received five ALMA Award nominations, and five Teen Choice Award nominationsーfrom which there were three wins. As part of the cast, he was also nominated for a Young Artist Award for “Best Performance from a Young Ensemble”. 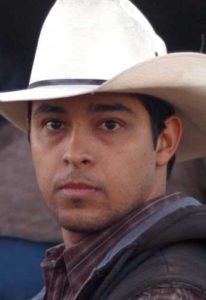 Following the end of the sitcom, Valderrama landed his first major role on the big screen in the comedy drama film, Fast Food Nation (2006). Produced by Malcolm McLaren and Jeremy Thomas, the movie centred loosely around a non-fiction name of the same title by Eric Schlosserーwho also happened to help write the movie’s screenplay.

Directed by Richard Linklater, it revolved around the risks and dangers of the fast food industryーboth from a health perspective and an environment perspective. In it, Valderrama played a character named Raulーan illegal immigrant from Mexico who tries to get to Colorado; he eventually manages to land a job as a cleaner in Uni-Globe, a meat processing plant. Besides the actor, Fast Food Nation also starred Patricia Arquette, Ethan Hawke, Luis Guzman, Greg Kinnear, and Kris Kristofferson, among others.

Released nation-wide on November 16, 2006 after premiering at the 2006 Cannes Film Festival that May, Fast Food Nation grossed approximately $410,000 across 320 screens in the United States. By the end of its theatrical run, it had earned a total of $2.2 million worldwide. Despite having won a Genesis Award for “Best Feature Film”, reactions from critics were generally mixed; for instance, while  the Rolling Stone gave it a three out of four star rating, others publications such as Variety Magazine and the San Francisco Chronicle were less impressed by its production. Still, the movie remains noteworthy for having offered Valderrama one of his first major roles on the big screen.

In the winter of 2006, Valderrama co-starred in the holiday film, Unaccompanied Minors alongside Tyler James Williams, Lewis Black, Brett Kelly, and Dyllan Christopher. Based on a true story, it centred around a group of unaccompanied minors who after being snowed in at the Hoover International Airport during the Christmas season, find themselves trying to make the best of their situation. Playing as their chaperone, Valderrama was given the role of Zach Van Bourkeーa friendly clerk at the airport who is takes with watching over the group. Unfortunately for him however, he is later taken captive by the minors in the film.

Distributed by Warner Bros. Pictures, Unaccompanied Minors made its way to theatre screens on December 8, 2006. In spite of the credible performances given by its talented cast, the movie ended up being a commercial flop at the box office, having only earned a worldwide total of $21 million against a production budget of $26 million. Nevertheless, the actors were nominated for a Young Artist Award for “Best Young Ensemble in a Feature Film”. 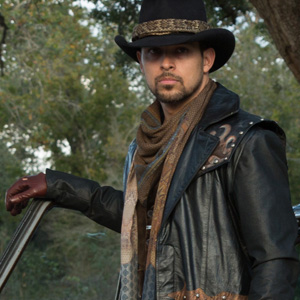 Several guest roles on television later, Valderrama was cast as a series regular in the horror drama, From Dusk Till Dawn: The Series. Developed by Robert Rodriguez, the supernatural drama followed a Texas Ranger by the name of Freddie Gonzalez who is in pursuit of two FBI-wanted criminals, Seth Gecko, and his violent brother, Richard Gecko. While Jesse Garcia played the Ranger and D.J. Cotrona and Zane Holtz played the siblings, Valderrama portrayed the part of Carlos Madrigalーa vampire who is also the leader of a cartel; he is first introduced in the series’ pilot episode. In addition to the previously mentioned actors, the series also featured Jesse Garcia, Robert Patrick, Brandon Soo Hoo, Madison Davenport, and Eiza Gonzalez.

Filmed on location in Austin, Texas, From Dusk Till Dawn was first released on television on March 11, 2014 on the El Rey Network. Upon its release, the show was mostly met with positive reviews from both casual viewers and contemporary criticsーmany of whom lauded it for being an excellent modern retelling of a movie classic. Given a “generally favourable” score on Metacritic, the drama was later included in The Hollywood Reporter’s list of “Hottest New Fiction Shows”. Following a three season run, it came to an end on November 1, 2016, after a total of thirty episodes.

A year later, Valderrama found himself playing a series regular once again in the science-fiction drama, Minority Report (2015). A sequel to a film of the same name from 2002, it starred the actor as Will Blakeーan ambitious Lieutenant, who also serves as the head of Detective Lara Vega, another one of the show’s main protagonists. Other cast members include Stark Sands, Nick Zano, Meagan Good, Li Jun Li, and Laura Regan. Due to low viewership ratings however, the series ended prematurely after  just ten episodesーalthough thirteen had originally been ordered. 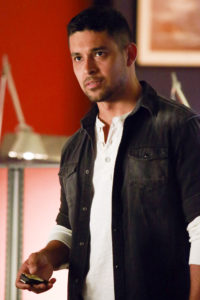 For one thing, the 37-year-old actor has been reprising his role as Nick Torres, an NCIS Special Agent in the police procedural series, NCIS. Following the end of season thirteen in May of 2016, a fourteenth season was ordered; it later premiered on September 20, 2016. If you’d like to tune in, the show currently airs every tuesday at 8/7C.

In terms of other projects, Valderrama has lent his voice to one of the main characters in the upcoming comedy film, Charming (2017). An animated musical, its cast includes a number of artists such as Sia, Demi Lovato, Nia Vardalos, Avril Lavirgne, and G.E.M. Directed and written by Ross Venokur, it is currently scheduled to premiere on August 4, 2017 in South Africa; the release date for North America has not been announced as of yet.

If you’d like to stay up-to-date with the American actor, you can do so by following Wilmer Valderrama on social mediaーyou can find him on Twitter at @WValderrama or on Instagram at @Wilmervalderrama. Of course, you can also visit him on Facebook under the same handle, @WilmerValderrama.