What Happened to Lori Loughlin – What She’s Doing Now Update 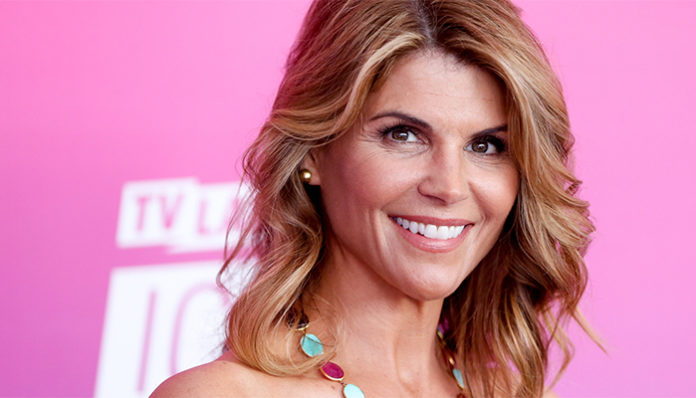 Lori Loughlin is an American actress who is most well known for her portrayal of Rebecca Donaldson-Katsopolis in the sitcom, Full House. Raised in New York, she developed an interest for acting as a young girl. At the age of eleven, she went to a modelling agency accompanied by her mother and a few friends and ultimately came out with a contract; thus she began her career as a print model in the mid 70’s. Even prior to that however, Loughlin had appeared in a couple of uncredited roles in the series, The Smith Family (1971), and Too Far to Go (1979). After appearing in a handful of television commercials and advertisements, she made her official small screen debut in the soap opera, The Edge of Night, where she played an aspiring dancer. Her first major role, she ultimately remained on the series for a period of three years. Following its end, she appeared in a film for the first time in Amityville 3-D (1983). Over the next few years, she went on to play various roles in The New Kids (1985), North Beach and Rawhide (1985), and A Place to Call Home (1987).

From there, Loughlin eventually received a huge breakthrough when she was selected to play a lead character in the ABC sitcom, Full House (1988). Popular amongst television viewers, it propelled the actress into celebrity status through its eight-year run. As a member of the main cast, she received a TV Land Award nomination in 2004 for her role in the comedy. After the show came to an end in 1995, Loughlin found herself playing yet another series regular in the sitcom, Hudson Street. Following that, she guest-starred in various TV programmings such as Suddenly Susan (1997), Seinfeld (1997), Cursed (2001), Spin City (2001), and Birds of Prey (2002). Later in 2004, she co-starred in The WB drama, Summerland alongside Shawn Christian, Merrin Dungrey, and Ryan Kwanten.

Throughout her career, Loughlin has also taken part in several films such as Doing Time on Maple Drive (1992), A Stranger in the Mirror (1993), One of Her Own (1994), and Tell Me No Secrets (1997). In 2013, the actress was chosen to star in a mystery film series called Garage Sale Mystery; so far, seven instalments have been released via the Hallmark Networkーthe latest having been released in January of 2017. Aside from acting, Loughlin has also been on sundry television talk shows over the years; for instance, she’s been on The Tonight Show with Jay Leno (1995), E! True Hollywood Story (2005), Good Morning America (2015), Live! with Kelly (2008), The Talk (2014), and Entertainment Tonight (2016).

So what has the actress made popular by Full House been up to these days? What new roles have she been given these past few months? What are some of her latest endeavours? What happened to Lori Loughlin? Where is she now in 2018? 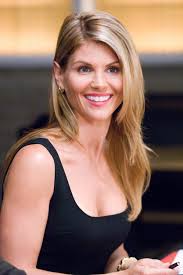 Born on July 28, 1964 in Queens, New York City, Lori Anne Loughlin is the daughter of Joseph Roy and Lorellee Loughlin, the former of whom worked for the New York Telephone Company; she is of Irish ancestry. Growing up in Hauppauge, New York, where her family had moved to shortly after her birth, she developed an interest for acting early on.

While she was a student at Oaks Public Elementary School, she accompanied her mother’s friend and her daughters to a modelling agency in Manhattan; although her mother was initially hesitant to take her, they eventually went and came back with a modelling contract. Before long, was appearing in a number of television commercials and print advertisements. Even prior to that however, she had made a couple of uncredited appearances in the TV shows, The Smith Family (1971), and Too Far to Go (1979).

At the age of fifteen, Loughlinーwho was a student at Hauppauge High Schoolーmade her official acting debut in the ABC comedy series, The Edge of Night, playing the part of an aspiring dancer named Jody Travis. Her first major role on television, she ultimately remained on the series until 1983. Following that, she appeared in the film, Amityville 3-D, which also served as her movie debut. Over the next few years, she played a variety of minor roles in The New Kids (1985), Secret Admirer (1985), Rad (1986), The Brotherhood of Justice (1986), and A Place to Call Home (1987). From there, her luck began to change; in 1988, Loughlin received a huge break when she was selected to play Rebecca Katsopolis in the ABC sitcom, Full House. 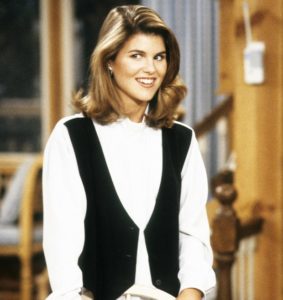 Created by Jeff Franklin, Full House revolved around Danny Tanner, a widowed father who must raise his three young daughters with the help of his best friend and brother-in-law following the death of his wife. While John Stamos played the part of the father in question, Loughlin took up the role of Rebecca Donaldsonーa well-educated yet often sarcastic, young woman who eventually becomes the love interest of Jesse Katsopolis, Tanner’s brother-in-law. An aspiring journalist, she was first introduced to Danny after the two worked together as co-hosts in a show called Wake Up, San Francisco. Other starring actors in the sitcom include Bob Saget, Candace Cameron, Dave Coulier, Jodie Sweetin and Scott Weigner.

Distributed by Warner Bros., Full House first made its way onto television screens on September 22, 1987. Although not an immediate smash hit, it gradually proved to be popular amongst TV-watchers. Consistently in the top thirty, it quickly gained a loyal fan base in the United States. One of the longest-running sitcoms at the time, it had aired for close to 200 episodes by the time it came to an end on May 23, 1995. Presented with numerous awards during its run, Full House is undoubtedly responsible for the launching of Loughlin’s acting career, as it garnered her much popularity during its time on television. For her portrayal of Rebecca Donaldson, the actress received a TV Land Award nomination, which she shared with the rest of her fellow co-stars. 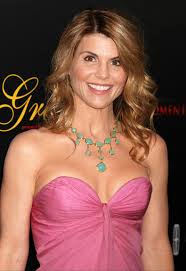 In 1995, shortly after the end of Full House, Loughlin landed another lead role in yet another ABC sitcom called Hudson Street. Created by Randi Mayem Singer, it revolved around the life of a divorced detective named Tony Canetti, who shares custody of his son with his ex-wife. Over the course of the series, he eventually meets and falls for an idealistic crime reporter by the name of Melanie Clifford. Aside from Tony Danza and Loughlin who played Canetti and Clifford respectively, Hudson Street also featured Frankie J. Galasso, Christine Dunford, Tom Gallop, Jerry Adler, and Jeffrey Anderson-Gunter as members of the main cast.

Originally premiered on ABC on September 19, 1995, Hudson Street was initially fairly well received, having ranked amongst the top ten for the first few episodes. Having said that, the sitcom was eventually cancelled by the network after one season due to subsequent low ratings. In total, the series ran for 22 episodesーall of which saw Loughlin’s character.

Close to a decade later, Loughlin starred in The WB drama series, Summerland (2004) alongside Shawn Christian, Ryan Kwanten, Merrin Dungley, and Jesse McCartney. Co-created by the actress herself, it revolved around a 30-something clothing designer named Ava Gregory (played by Loughlin) who finds herself struggling to cope with having to raise her nephews and niece after the death of their parents in a tragic accident. Much to her relief, her three roommates and friendsーJay Robertson, Susannah Rexford and Johnny Durant, are also willing to help her with the child-raising in the fictitious California city of Playa Linda.

Debuted on television on June 1, 2004, Summerland was generally met with favourable reviews from viewers and critics. Hailed by a “must-see” by many fans, it later earned Loughlin a PRISM Award for “Best Performance in a Drama Series Storyline” in 2006. Despite the sizeable fan base that it garnered, the show was ultimately cancelled by The WB in May of 2005, alongside eight other series. When asked about its cancellation, fellow co-star Jesse McCartney stated that the Summerland fell into trouble after the writers began experiencing difficulties with the script; the fact that it was “in a crazy time slot” probably also didn’t help much.

Loughlin’s next big television role came in 2007 when she was cast as Dr. Joanna Lupone in the ABC sitcom, In Case of Emergency. Created by Howard J. Morris, it followed a group of high school acquaintances whose lives have not quite ended up being what they had expected. One of the series regular, the actress played a doctor who ultimately becomes the love interest of Jason Ventress, another one of the show’s principal characters. Other members of the main cast include Jonathan Silverman, David Arquette, Kelly Hu, Greg Germann and Jackson Bond.

Released on January 3, 2007 on ABC, In Case of Emergency drew in approximately 4.8 million viewers during its first and only season. Although the sitcom received a fair amount of favourable reviews, its viewership ratings ultimately left something to be desired for the network. In April of 2007, it was announced that the series had been official canceled. In total, In Case of Emergency ran for twelve episodes, with the thirteenth having been left unaired in the United States. 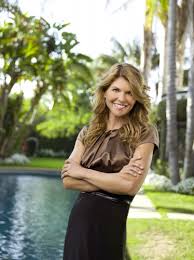 In 2008, Loughlin received another big break when she was cast as Debbie Wilson in the popular teen drama, 90210. The fourth instalment of the 90210 franchise by Darren Star, it chronicled the lives of several well-off students in the upscale neighbourhood of Beverly Hills, California. First introduced in the pilot episode, the actress’ played a fashion photographer who also happened to be the ex-wife of one of the male protagonists, Harry Wilson. Due to their divorce however, she is depicted to have been going through a period of financial difficulties. In total, she appeared for 69 episodes; her last appearance being in that of the season five, episode one’s Til death Do Us Part. 90210 eventually wrapped up in May 2013 after 114 episodes.

Since then, Loughlin has appeared in a handful of B-list films including Soldier Love Story (2010), A Mother’s Rage (2013), When Calls the Heart (2013), and North Pole: Open For Christmas (2015). In 2013, she was also cast as the female lead in the made-for-television film series, Garage Sale Mystery.

This year, the actress has been busy reprising her role as Abigail Stanton in the Canadian-American drama series, When Calls the Heart. Originally premiered in 2015, the show has since been ongoing and is currently on its fourth season. Developed by Michael Landon Dr., its plot revolved around a wealthy young woman who migrates from an urban city to a small, coal-mining town to teach school. In the show, Loughlin plays a kind, Coal Valley woman who has tragically lost both her son and husband in a mining accident.

Besides that, Loughlin also recently starred in the seventh and final instalment of the Garage Sale Mystery film series, which aired on January 8, 2017.

If you’d like to stay up-to-date and connected with the 52-year-old American actress, you can do so by following her on social mediaーyou can find Lori Loughlin on Twitter or Instagram at @Loriloughlin.