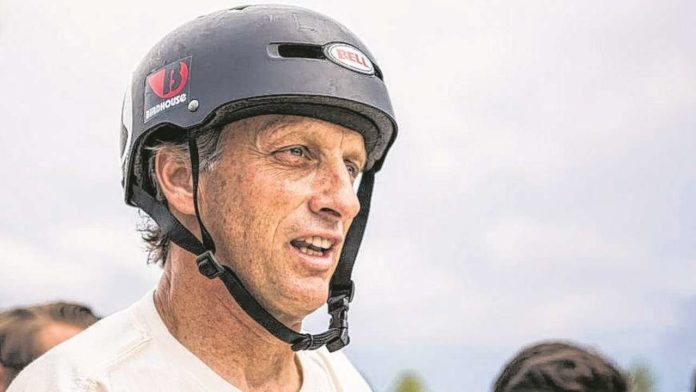 Tony Hawk is arguably the most well-known professional skateboarder in the entire world. Whether you know him for his extreme sports triumphs or for his highly successful video game series, I think that it’s safe to say that a lot of people in the world have at least heard of Tony Hawk. He’s obviously a very successful and very talented guy, but how much money has he been able to make off of his talent? Young skateboarders around the country have always heard that they can’t make a decent living off of the6.5ir hobby. Was that the case for Tony Hawk? In this article, I plan on answering that question and more. I’m going to be summarizing Hawk’s rise to fame while also discussing how his fame was able to make him rich. Without further ado, let’s learn a little bit more about this high flying skateboarder.

How did Tony Hawk make his money and wealth? 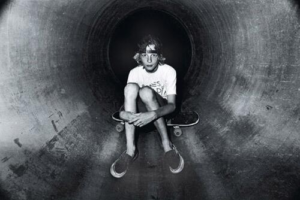 Tony Hawk was born in May of 1968 in Carlsbad, California. He was an excitable young kid, and he was also very ambitious. Tony involved himself in a wide variety of different physical activities in school, including baseball. He always set very high expectations for himself, and so whenever he fell short, he would be devastated. He was psychologically tested at a young age, and the test showed that he possessed a gifted IQ at 144. His ravenous interest in skateboarding was encouraged by his parents, who believed that it would serve as a good way for him to get out all of his energy. As it turns out, this hobby would be more than just an energy outlet for the young Hawk. By the time he was just fourteen years old, Tony’s skills developed to a point where he was able to become a professional skateboarder.

Tony Hawk was winning major skateboarding contests as early as 1983. His renown in the sport made him popular among other skaterboarders, and during the 1980’s he appeared in movies like Trashin’, Police Academy 4: Citizens on Patrol, and Gleaming the Cube. Over the years, he has made cameo appearances on television shows like The Suite Life of Zack & Cody, Yo Gabba Gabba!, The Simpsons, Are You Smarter Than a 5th Grader, and CSI: Miami. What Tony Hawk did in extreme sports was very unique. He wasn’t just good at skateboarding. He was so good at skateboarding that he was able to obtain the respect and admiration of millions of people who weren’t all that interested in professional skateboarding to begin with. Tony had become a cultural icon, and during the 2000’s his legacy would only grow. 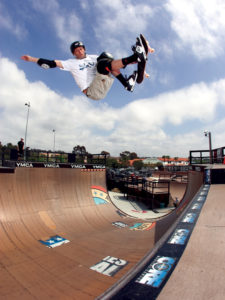 One of Hawk’s biggest accomplishments came in June of 1999, when he became the first skater to land a notoriously difficult trick called the 900. The 900 involves two and a half revolutions (or a 900 degree turn) in mid-air on a skateboard. It is known as one of the most technically difficult tricks that a skateboarder can perform, and Tony was the very first person to land the trick when he did so at the 1999 X-Games. I know that it sounds crazy that he could be the very first person to ever perform one of these tricks, but there are a couple of arguments that people have landed the trick before 1999. Many argue that skateboarder Danny Way was able to land the trick, however the only existing recording of him performing this trick ends early, which means that it’s hard to tell if he actually landed it all the way. This was a massive accomplishment on Tony’s part, and it will always be a part of his legacy.

Around this same time, a video game series was launched called Tony Hawk’s Pro Skater. These games allow players to create their own player character, and although exact gameplay mechanics differ across titles, they mainly have to do with the player moving around a given level and completing tricks. Players are able to perform aerials, flips, and grinds, and they are expected to chain these tricks together in the form of combos in order to maximize the points that they earn in a level. The first game, Tony Hawk’s Pro Skater was released on the PlayStation, Nintendo 64, Game Boy Color, Dreamcast, Xbox, and N-Gage. Just like all of his television and film appearances, this movie helped bring Tony Hawk (and skateboarding) to the masses. To date, the video game series has over 19 titles. (If Tony Hawk’s net worth seemed a little high to you at first, try to consider how much money he has made off of this one series.) 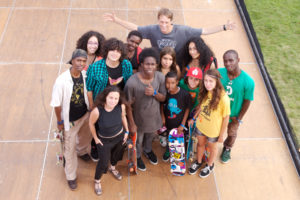 Although Tony Hawk was perhaps most popular during the 2000’s, he is still a very prominent figure in skateboarding today. In 2012, as a means of keeping up with the rest of the world, Hawk launched a YouTube channel called RIDE Channel. This channel is basically just like a regular television channel, with content specifically focused toward professional skateboarding. Outside of that, Tony has also recently had extreme sports-themed amusements park rides opened up at a few Six Flags park locations. It’s kind of weird to think that a skateboarder could permeate so many aspects of public life, but I don’t really think of Tony Hawk as just being someone who’s a skateboarder. He is one of the first people to make skateboarding (or maybe even extreme sports in general) popular among mainstream youth, and I think that that is very admirable.

In 1990, Tony married his high school sweetheart Cindy Dunbar. They ended up divorcing in 1993. He would then go on to marry Erin Lee in 1996, but this couple unfortunately divorced in 2004. Hawk went on to marry Lhotse Merriam in 2006, but they divorced in 2011. Tony’s most recent wife is a woman named Kathy Goodman, who he married in June of 2015. As of this writing, they’re still together.

Does Tony Hawk have kids?

Tony Hawk has quite a few kids, from each of his marriages. He has a son named Riley Hawk, who he had with Cindy Dunbar. Riley took after his father, and he has been a professional skateboarder since 2013. Tony had two sons, Spencer and Keegan, with Erin Lee. He had a daughter with Lhotse Merriam, named Kadence. So far, Riley is the only one who has become involved with extreme sports.

At his age, Tony Hawk doesn’t exactly hit the halfpipe as often as he used to. However, he is still able to make a lot of money through his brand. He makes money through his video games, his amusement park rides, clothes, and other forms of media. It can be conservatively estimated that, through all of these business ventures, Hawk makes around $2.5 million per year.

How much does Tony Hawk make per day?

If you use that previous $2.5 million figure as a starting point, then you can use some basic math to calculate how much Tony Hawk makes on a daily basis. In a year consisting of 365 days, Hawk has a daily income of approximately $6,900. That definitely isn’t bad for a guy who originally picked up skating as a hobby.

Most everyone knows about Hawk’s incredible accomplishments in skateboarding, but he has also proven himself to be a really generous and compassionate guy. Over the years, he has supported numerous charities, including Athletes for Hope, Red Cross, Stand Up To Cancer, the Jeff Gordon Children’s Foundation, the Muhammad Ali Parkinson Center, BID 2 BEAT AIDS, Stop Global Warming, and many more. Hawk also has his own charitable organization, fittingly called the Tony Hawk Foundation. The Tony Hawk Foundation has donated tens of millions of dollars to people in need, which just goes to show that sometimes wealth and kindness can go hand in hand.