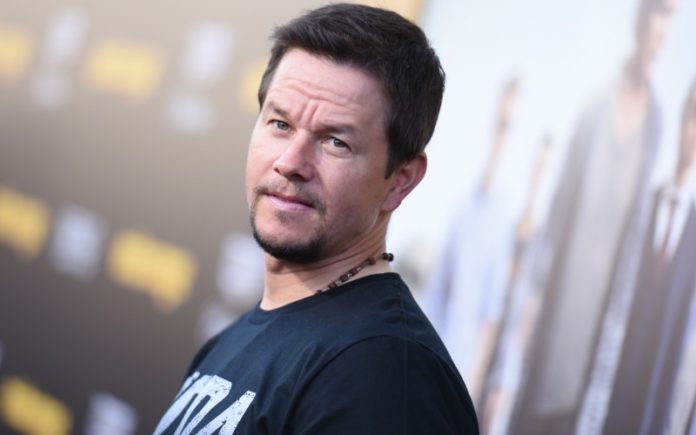 Mark Wahlberg is an American actor who is generally noted for his charismatic and comedic personality. He has become a standing presence among the Hollywood community, expanding his talents from acting to sports franchising to television production. What most people don’t know is that before Mark made his climb to fame, he was a part of a street gang by the age of 13 and was later charged with attempted murder. After pleading guilty he served 45 days at the Suffolk County Deer Island House of Corrections. The time he spent in prison changed Mark and inspired him to make something better of his life. He first got his start through Marky Mark and the Funky Bunch, but received more time and attention in the spotlight when his career launched into the acting atmosphere. Listed below we will take a look at what are arguably the top 10 movies Mark Wahlberg has starred in. 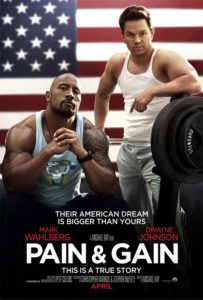 In this 2013 film, Wahlberg plays Daniel Lugo, a convict charged with medicare fraud recently released from jail. After being released, he is hired to work at Sun Gym. The gym’s membership sales skyrocket six weeks after his working there and Lugo soon befriends a bodybuilder and the two of them come together with a scheme to start making more money. They plan to start pulling in the cash through extortion, which later spirals out of control, leading to murder and their eventual arrests.

Critics gave mixed reviews on the film, arguing that although it was thought provoking, it didn’t quite deliver its promise satirical edge all that well. It received a score of 49% on Rotten Tomatoes. 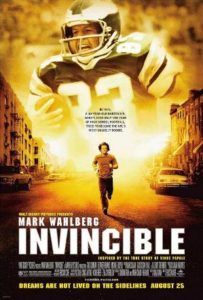 In this film, Mark takes on the roll of Vince Papale, a real life Philadelphia hero. It’s a story about a man who is down on his luck. He is unable to provide for his wife after being laid off at the high school he works at. Although he still works part-time as a bartender, it’s really not enough. Vince plays football regularly with his friends in a local sandlot and is later inspired to try out for Philadelphia’s NFL team, the Eagles, when their new head coach, Dick Vermeil opens tryouts to the public. Vince makes the team, becoming the oldest rookie (who also never played college ball) to ever have been drafted into the NFL.

Invincible made $17 million during opening weekend an generated $57.8 million in overall profits. The film scores at 7.1 out of ten on IMDb and 71% on Rotten Tomatoes. 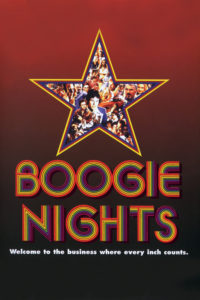 The film was first presented at the Toronto International Film festival, then later released to two exclusive theaters in the United States. After seeing how well it did in those two theaters, the film was played in 907 theaters across the country. It pulled about $26.4 million in the U.S. and ranked as the 4th best movie after it was released to the public. The film was nominated for awards in both the 55th Golden Globes and the 70th Academy Awards.

In 2010, Wahlberg starred alongside the famously known comedic actor, Will Farrell. Hoitz 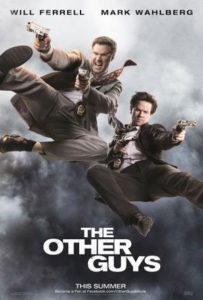 and Gamble are a pair of police officers who are desk-bound, often missing the real action in any criminal case. Hoitz (Wahlberg’s character) is determined to become something greater than a paperwork jockey and drags his partner along for the ride. Together they encounter a handful of ridiculous situations to create a film full of slapstick comedy and one line zingers that audiences were sure to be quoting a long time after leaving the theater.

This was the first film in which Walberg took on a humorous role and it went over pretty well with his fans. It showed viewers that although the majority of his roles have been centralized as serious and brooding, he is more than capable of being a lighthearted. The Other Guys won best comedy film at the Comedy awards and grossed a total of $119.2 million.

Chris Farraday (Wahlberg) is a former smuggler who left world of crime a long time ago. 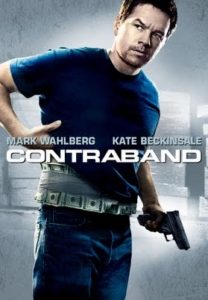 However, after his brother gets into some trouble with a notorious crime lord, his hand is forced and he is pulled back into the game. Chris gets together a team of of criminals who are supposed to help him smuggle counterfeit money out of Panama. Of course something goes terrible wrong and he is forced to embrace the skills he spent so many years attempting to suppress.

With a rating of 6.5 on IMDb, Contraband is a swift action movie that definitely keeps the viewers watching. Although it might not provoke any serious thought, it is fast paced and keeps you waiting to see what will happen next.

Wahlberg took on another comedy in 2012 that immediately became popular. The story 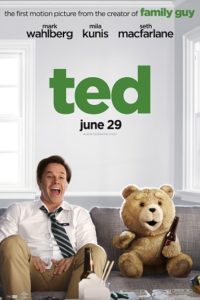 explores the relationship between John Bennett and his childhood toy bear, Ted. What makes this different is the fact that Ted is very much real and his own person. He is a vulgar bear with a foul-mouth, but he is John’s best friend. Together they get drunk and smoke weed and John’s girlfriend takes on the role of the antagonist as she pressures the both of them to learn how to grow up.

Ted scored a solid 7 rating on IMDb and was ranked the twelfth highest-grossing film in the year 2012. Combining sales made both in the United States and overseas, the film pulled in around $549.4 million. It received so much popularity that a sequel was later produced in 2015. 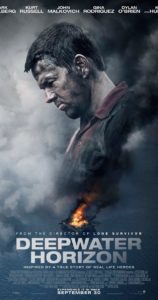 Based off of a true story, Deepwater Horizon recounts the story of chief electronics technician, Mike Williams, and the rest of the crew who were on a drilling rig that exploded in the Gulf of Mexico. many of the crew were killed, but the remaining workers are forced to put their heads together as they attempt to survive out in the open water while conditions continue to worsen at an alarming rate.

Released in 2016, the film grossed a total of $118.8 million and although it didn’t receive the anticipated amount of attention during opening weekend, the film itself was regarded with positive reviews from most critics. On IMDb it scored a 7.2 and was praised for it’s ability to make the audience angry in addition to showcases some great performances from the actors.

This film received inspiration from the novel Point of Impact, written by Stephen Hunter. It is 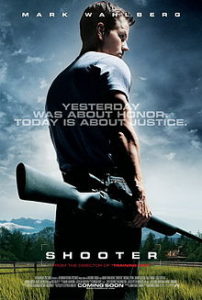 a conspiracy action thriller about Bob Lee Swagger who is framed for murder. There are a lot of twists and turns in the film that keep the viewer guessing, but also engaged in a compelling story a man fighting against the military unit that is trying to take him down.

Also receiving a score of 7.2, Shooter was praised for Wahlberg’s performance and analyzed for it’s theorized left-leaning political stance. In theaters it only grossed a total income of $97.5 million, but the performance and story are worth looking a little deeper into. 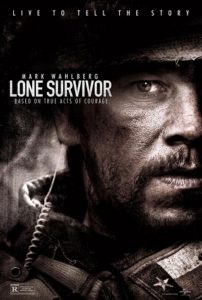 Lone Survivor is another movie based on a book, a nonfiction novel written by Marcus Luttrell and Patrick Robinson. This is a dramatic retelling of the United States Navy SEAL counter-insurgent mission. A group of four men were tasked to track and kill Ahmad Shah. The mission is an overall unsuccessful one and leaves Wahlberg’s character as the last man standing at the end of it.

During the film’s limited release, it received quite a bit of positive feedback. Later, during it’s worldwide release, it would become the number one movie at the box office. The grossed income of the film comes up to $154.8 million, making it the 24th highest grossing film in the year 2013.

Starring alongside Christian Bale, Mark Wahlberg takes on the role of professional boxer 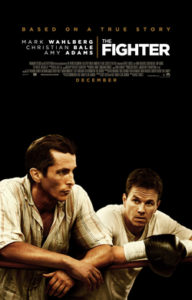 Micky Ward. The Fighter is a biographical film that tells the tale of two brothers, one who was on the fast track to success until his drug addiction tore everything apart. It’s an emotional story that depicts the struggle of an addict and the frustrations between brothers while one climbs the ladder of success while the other can’t seem to climb out of the hole he dug for himself.

All actors in the film received high praises for their performances in The Fighter. During the Academy Awards that year, it was nominated for a handful of awards. Unfortunately Wahlberg didn’t take any home, but Christian Bale snagged best supporting actor in a film. On IMDb it rates at a 7.9.