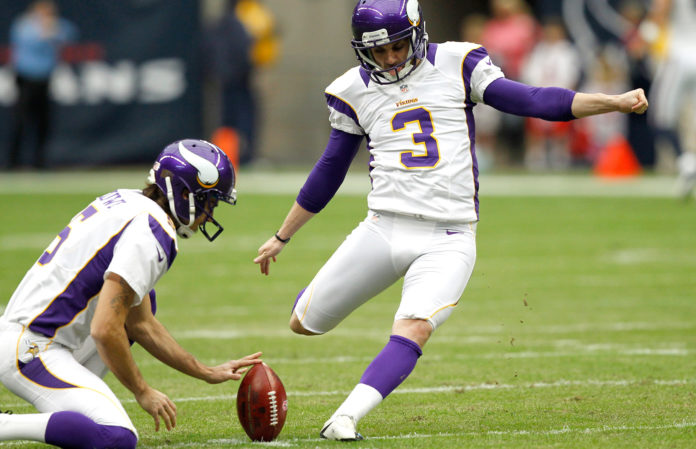 Kickers are often the forgotten men of the NFL world. While they don’t take part in most of the hitting and running that happens during an NFL game, they play a crucial role in scoring. During the NFL season, field goals and extra points accounted for just under a third of all scoring, with kickers contributing 850 field goals and 1122 extra points. 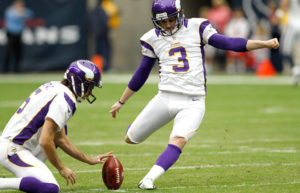 For fans, kickers are rarely celebrated. They tend to be remembered for the kicks they miss more than for the ones they hit, with the exception of a few star kickers with a long track record of success. Teams don’t have much more patience with kickers than fans do, either, as they are often quickly replaced when they have a down season.

The flip side of the replaceability of kickers is that there’s always a team looking to find a better kicker. The handful of teams with a top-tier kicker have little turnover, but everybody else is searching year to year and sometimes game to game, for a dependable kicker. Ironically, their disposability also gives them some extra job security. If a starting player at another position is cut midseason, he’s unlikely to catch on as a starter that year. A kicker, on the other hand, might get signed by another team before the next game. 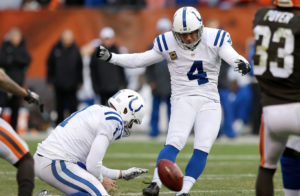 Year-in, year-out consistent kickers like Stephen Gostkowski of the Patriots, Justin Tucker of the Ravens, and Sebastian Janikowski of the Raiders are able to earn upwards of $4 million annually. On the other end of the spectrum, most NFL teams without a great kicker are looking for one, and they usually don’t draft kickers. The lowest paid kickers make around $450,000 annually, assuming they are able to stay on a roster for a whole season.

Kickers are among the lowest paid players by position in the NFL. They outearn long snappers and running backs, and they have a similar income to tight ends, safeties, and punters.  Even those numbers are deceptive, though. Other than punters and long snappers, each of those positions has multiple players on the active roster, including backup players who are usually late-round rookies or veterans on the veteran minimum salary, which drives down the average. Most teams only carry one kicker, although some teams have kept a second kicker exclusively for kickoffs. Considering starters only, kickers earn less than nearly any other position. Still, an NFL paycheck is comfortably above the national average income, so kickers can’t complain too much.

How to become an NFL Kicker 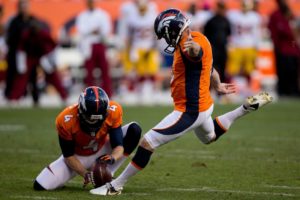 Although there are a few historical exceptions, almost all NFL kickers were drafted or signed out of college. Some have come from soccer or other sports, but most have histories as kickers stretching back to high school football. Kickers enter the NFL draft like any other position, but unlike other positions, they aren’t often drafted. When they are drafted, they are usually drafted in late rounds.

Competition to become an NFL kicker starts early. Only the very best high school kickers get a shot at playing college ball, so players who have a shot often attend camps and events throughout high school in hope of catching a college’s eye. If a kicker is recruited to play for a college team, he still may not get a scholarship. Many colleges don’t offer scholarships to kickers, or only offer partial scholarships.

One advantage kickers have over other positions is that level of college competition doesn’t matter much. Kickers are called on to kick the ball off and to kick field goals and extra points, so there isn’t much difference in difficulty based on competition.

That said, getting to the NFL is still a huge competition. A prospective NFL kicker needs to be one of the best of over 600 college football kickers, get drafted or sign with a team as a free agent, then make a team out of training camp. Making it to the NFL is for the best of the best, and kickers are no exception. NFL kickers may not get much acclaim, but the challenge to become one cannot be understated.