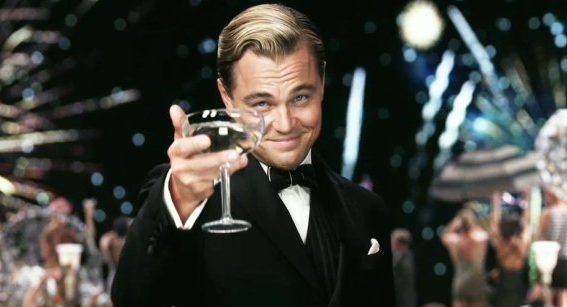 Some men can drink anything and look manly. Kiwi Blueberry Mojitos, Cosmos, or the dizzying array of flavoured maritinis. With confidence and relaxed tone, they can make any drink seem as normal and acceptable as a beer for dandy or mustached burly alike. This list, however, is for the lads who don’t quite feel confident enough yet to take that plunge. Here, we take a look at the top five drinks to put hair on your chest, or bass in your voice. 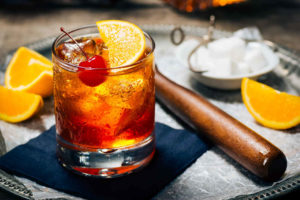 Like the name says, the Old Fashioned is about as classic as it gets for a manly mixed drink. Developed in the 1920’s, the Old Fashioned is a drink that has been a mainstay of American hutzpah for nearly 100 years. To make this drink, combine two shots (2 oz) of a whiskey or bourbon of your choice, with a sugar cube, a small splash of water, and some bitters to taste, with a cube of ice to top it off. Garnishes can include a cherry or a slice of orange if you so desire. 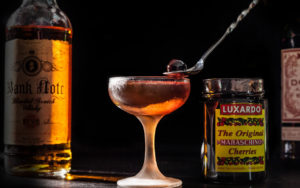 Named after Robert Roy MacGregor, a Scotsman often said to be a rogue the way of Robin Hood, this drink may yet give you the boldness to do what’s right, or what’s right now. Made with 2 parts Scotch to 1 part Vermouth (traditionally sweet Vermouth, but dry is also acceptable if it’s your preference), and a touch of bitters. This drink is also can be garnished with cherry, making it a classy in between from the Old Fashioned and more simple drinks listed here. 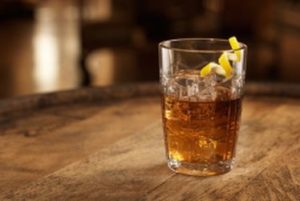 Created (legend tells) by Scottish construction workers who would stir the drink with rusty nails, the drink of the same name can hit like a sledgehammer if you’re not expecting it. Made by mixing 2 parts scotch to one part Drambuie (a scotch made with herbs and often honey), this will get you tight after a long day at work. If you’re feeling traditional, stir with a nail. With that much alcohol it should be clean, right?

2. Straight Whiskey/Scotch or On The Rocks 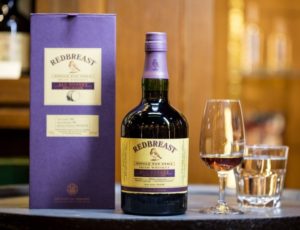 Sometimes, you just can’t beat a classic. Whiskey or Scotch served neat in either a scotch glass or a Glencairn is the sign you both have exquisite taste, and can take a punch. If not on the rocks (with ice), it’s recommended to add a drop to two of water to the glass after pouring to allow for the complete flavor profile to come though. Best of all with this option, there are plenty of options and you can really find the whiskey or scotch that matches you. People just starting out with this spirit may enjoy Jameson (particularly the Caskmate variety, which is aged in draught barrels) or Redbreast Scotch, which is usually aged around 12 years and has a lovely mellow flavor with smokey tones. Those more experienced with the juice of the rye may branch out to local or artisanal whiskey and scotches (or even local bourbons such as Rogue and Dry Fly), which has been aged long enough to be able to vote in most countries. 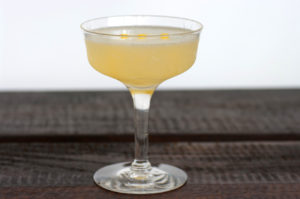 Making it to the top of the manly list, The Prohibition is a drink that doesn’t take any fuss, and is downright dangerous. Named after both the prohibition of the sale of Alcohol in the early 20th century, as well as the current prohibition of the “true” source of moonshine (home distilleries), this drink can certainly raise eyebrows and expectations. While some recipes differ, my preferred method of preparation is 1 part moonshine, 1 part pineapple juice, 1 part white rum, and one part grenadine, with a cherry or slice of pineapple as garnish. This cocktail is exceptionally strong, and quite delicious.

Thus ends our list of 5 manliest drinks you can order on your next visit to the lounge. Do keep in mind, this list is by no means exhaustive, and any drink can be manly if you make it such. Did your drink choice not make the list? If not, be sure to leave a comment down below and mention your go-to cocktail.

Cody Carmichael
University graduate in Psychology, and health worker. On my off time I'm usually tinkering with tech or traveling to the ends of the globe.
RELATED ARTICLES
Uncategorized