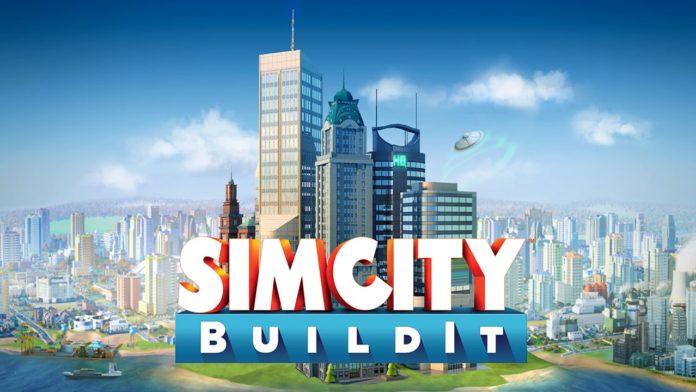 SimCity BuildIt is a city building mobile game where you can create your own metropolis much like its classic counterpart on the PC and Mac. Although the game was well-received, some of the longtime fans of the franchise are upset about its reliance on timers which is pretty much a staple on a lot of mobile games nowadays.

If you’re on the hunt for something that’s similar to SimCity BuildIt then you’ve come to the right place. Read on and find out more about five other mobile city building games.

Township is what you get if SimCity BuildIt and Farmville had a baby.

The game puts a major focus on farming as the crops that you harvest are used as ingredients in creating products. These products are then used to fulfill orders in exchange for money or raw materials. You’ll then use the money and raw materials to construct houses and community buildings to increase the town’s population and level up. As your town grows you’ll see cars driving around the road and people doing things like painting or playing music, and you’ll also get to unlock additional content like the mine and the zoo. The premium currency is called Cash and is crucial for speeding up wait timers and increasing the queue limit of factories.

There are a handful of in-game events especially during occasions like Christmas, and these events sometimes have unique prizes. You can visit the towns of your friends and help them with requests in exchange for rewards. Players can also band together into groups called co-ops and compete with other towns on Regattas for huge rewards. The game has a large playerbase and you can easily add them with just a few taps, or you can connect your Facebook account so you can check out the towns of your friends.

City Island 4 starts in one of the seven islands where you’ll build your first city by placing houses and buildings, and tapping on the grid to create roads. Commercial buildings provide jobs for the people and are also the primary sources of income for the player. There are a limited number of structures you can build at the same time as dictated by the number of available construction workers, and their number can be increased by upgrading the construction company building. As always you can spend premium cash to instantly finish building things.

When placing buildings you have to keep an eye on the terrain as each structure has its own corresponding terrain where it can only be placed. You must also constantly repair your structures with the use of money.  Decorations, aside from being eye candy, provide a passive boost to nearby structures hence increasing their efficacy. You also have to watch out for the happiness of your citizens and ensure that the number does not go too low. As the game progresses you’ll inevitably run out of space on your starting island. You’ll need to purchase the other islands and build the port so you can expand your growing metropolis.

City Island 4 is a good game for those who want a city building experience that doesn’t demand too much time or commitment. While some players complained about the slow and repetitive nature of the game, perhaps future updates will add more content and make things more interesting.

Now for something a little bit different.

Paradise Island 2 tasks you in creating the ultimate getaway for tourists who are looking for some fun in the sand. There’s the usual placing of hotels and cabins (instead of houses) and entertainment buildings, and tapping them for coins. You can’t just keep on placing structures on the island as you have to make sure that there are sufficient levels of electricity and enough manpower to run the place, and that they are placed on the right terrain.

There are several other ways to earn money in this game like hosting events in the hotel and completing quests. You can interact with the tourists walking around the roads to give them what they are requesting for. There are also minigames that you can play for some extra dough and to help kill time when waiting for something to finish, and ancient temples to explore for treasure.

Unfortunately some of the actions in Paradise Island 2 require energy which replenish in a rate of one every three minutes. This may be a turn off to some who do not like such a feature in city building games.

The iconic yellow henchmen of the Despicable Me films become stranded in an island after the sinking of their cruise ship courtesy of a minion named Phil. Now you must help him placate his irate brethren by turning the island into a paradise.

In this game you will utilize resources such as coconuts, spider webs, or gas clouds to name a few. These can be accumulated by constructing their respective structures and assigning minions to harvest them.  The resources are then used to fulfill quests and favors from other minions in exchange for experience points and Sand Dollars (premium currency). More minions will come to the island as you level up and you can also unlock notable minions from the franchise like Kevin and Bob through quests. Some of these minions have storylines that you can follow as the game progresses.

Minions Paradise is not really that different from the other city building games in the market. If you’re a fan of these lovable yellow characters then you’re in for a treat. If you’re not then it is still a good game and it is fun to watch minions as they go around the island doing their jobs in hilarious ways.

Now for something that’s out of this world. Literally.

In Moonbase Inc. you are tasked in setting up a base on the moon that is capable of sustaining its growing population. The game starts in a tutorial that will help you set up the structures for gathering water, food, and oxygen, while teaching you how to build roads and provide power. Later on there will be tourists who will visit your base and these guys are just one of the several income streams in this game.

As your base expands you’ll have access to structures crucial to gameplay such as the Research Center and the Shipyard. You’ll also need to defend your people from meteorites and invading aliens with defensive structures. Eventually you can visit Mars where you can build a colony there as well.

Moonbase Inc. is a unique city building game not only because of its setting but for its features that aren’t like the other games in the genre. The graphics might not be visually appealing and is quite messy at times but don’t let yourself get turned off from the fun experience the game brings.

There we go with the top five games like SimCity BuildIt. Have you tried any of these games? Do you have other city building games to recommend? Let us know in the comments below.