What Happened to Beverley Mitchell – Now in 2018 Update 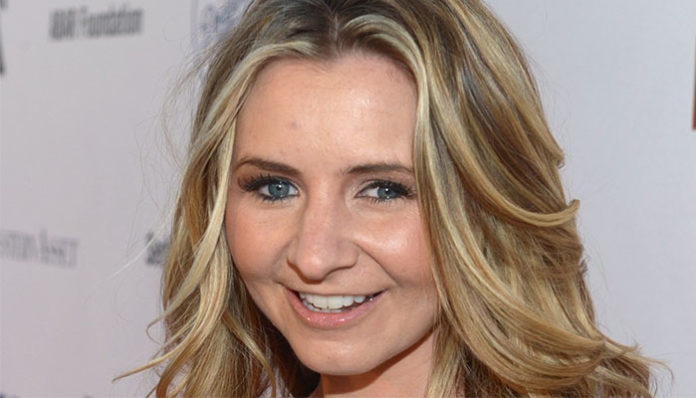 American actress Beverley Mitchell is best known by audiences for her portrayal of Lucy Camden in the drama series, 7th Heaven (1996). Born and raised in Arcadia, California, the blonde was first noticed by a talent agent after throwing a temper tantrum at the local shopping mall at the age of four. From there, it wasn’t long until she was posing in front of the cameras for various commercials and advertisements. Several modelling gigs later, the young star made her official debut in an episode of the series, Big Brother Jake (1990). Later that same year, Mitchell also made an appearance in the TV film, Children of the Bride (1990). Determined to improve her acting, she was subsequently enrolled in acting lessons; for several years, she attended the classes with fellow actor, Joseph Gordon-Levitt. In 1992, the aspiring young star received her first recurring role in the mini-series, Sintra. Following that, she appeared in Quantum Leap (1992) prior to playing a supporting character in the made-for-television movie, Mother of the Bride (1993).

Continuing to take on a variety of roles over the next few years, she went on to appear in Phenom (1993), Melrose Place (1994), White Dwarf (1995), and Baywatch (1995), among others. At the age of thirteen, Mitchell also made her big screen debut in the horror thriller, Killing Obsession (1994), where she had the opportunity to work with Hank Cheyne, Kim Chase, and Eddie Barth. A couple of years later, the young actress received a huge break when she was cast as one of the lead protagonists in The CW drama series, 7th Drama (1996). An amazing hit, the show managed to garner over seven million viewers during its peak in popularity in 1998. Portraying the part of Lucy Camden-Kinkirk, Mitchell’s performance garnered her widespread attention as an actress. Not only that, but the series also netted her two Young Artist Awards (e.g. Best Performance in a TV Drama Series – Leading Actress), among several other nominations.

While filming for The CW drama, Mitchell also appeared in a handful of TV movies such as Girl Band (2000), Right on Track (2003), and Post Mortem (2007)ーshe even lent her voice to a character in Hey Arnold! (2000). Later shifting her attention to film, the actress took part in a couple of motion pictures including Extreme Movie (2008), and Snowmen (2010). In 2011, she received another big break after landing yet another lead role in the family comedy, The Secret Life of the American Teenager. Some of her later works include: The Dog Who Saved Easter (2014), Toxin (2015), A Gift Wrapped Christmas (2015), and Get Out Alive (2016).

What has the California-born actress been up to since then? What new roles have she been cast as in the recent months? What can we expect to see from her this upcoming year? What happened to Beverley Mitchell? Where is she now in 2018? 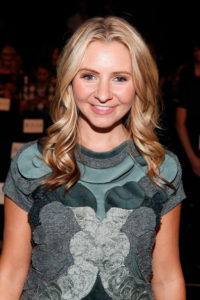 Born on January 22, 1981 in Arcadia, California, Beverley Ann Mitchell is the daughter of David Mitchell, an auto-racing promoter, and Sharn Weisz, an office manager; the two have since divorced. Unlike many actresses out there, Mitchell’s entry into the show business was a little unique.

At the age of four, she caught the attention of a talent agent after throwing a temper tantrum at a local mall while shopping with her mother. Not long after the chance encounter, Mitchell began appearing in a number of television commercial and modelling gigs. When she was just nine years old, the young actress made her official acting debut in an episode of the TV series, Big Brother Jake (1990). Later that same year, she also appeared in the made-for-television film, Children of the Bridge (1990). Determined to improve her craft, she also took acting lessons; in fact, for several years, she attended classes with fellow actor, Joseph Gordon-Levitt.

After another minor appearance in a TV movie, Mitchell received her first recurring role in the mini-series, Sinatra (1992), where she played alongside Joe Santos, Olympia Dukakis, and Philip Casnoff. From there, she made a brief cameo in an episode of Quantum Leap (1992), prior to appearing in Mother of the Bride (1993), Phenom (1993) the following year. In 1994, the young actress received a big break in her career when she was cast as a character in the horror thriller, Killing Obsessionーwhich was her first appearance on the big screen. Continuing to audition for various roles, she eventually appeared in Melrose Place (1994), White Dwarf (1995), and Baywatch (1995), prior to receiving a huge breakthrough with The CW drama series, 7th Heaven in 1996. 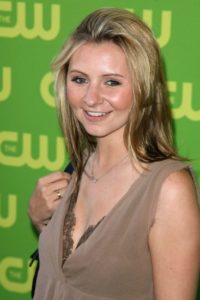 Created by Brenda Hampton, 7th Heaven revolved around the everyday lives of the Camden family, in the fictitious city of Glenoak, California. Mitchell’s first major role on television, she starred as Lucy Camdenーthe third child of the family who is often depicted as being overly dramatic. Although her volatile emotions often lands her in trouble during the initial half of the series, she is later shown to have matured in the later seasons. A popular student at school, she goes through a number of relationships throughout the show. In addition to Mitchell, the main cast also included Stephen Collins, Catherine Hicks, Barry Watson and Jessica Biel, among others. Mitchell’s character, is one of only two who appear in 242 episodes.

Originally premiered on television on August 26, 1996, 7th Heaven pulled in over three million audience members during its first season; from there, ratings only went up. For eight years in a row from 1998 to 2006, the drama took the number one spot on the network rankings. One of the most watched series ever to be shown on The WB, it earned numerous awards during its eleven-season run including a Primetime Emmy Award nomination in 1997, not long after its debut. Considered as Mitchell’s breakthrough role, it also garnered her three Young Artist Awards for the category of “Best Performance in a TV Drama Series – Leading Young Actress”, among a number of other nominations. Even to this day, over a decade after it was originally broadcasted on TV, 7th Heaven remains to be one of Mitchell’s most well remembered roles on the small screen. 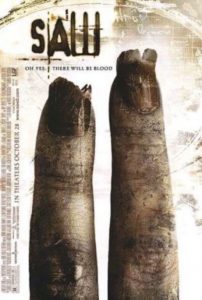 In the fall of 2005, Mitchell found herself playing one of the lead characters in the horror flick, Saw II. The second instalment of the Saw film series, it centred around a detective and his team who must rescue a group of civilians who are imprisoned by a twisted serial murder called Jigsaw. Portraying one of the main female roles, the movie saw the actress as twenty four year old Laura Hunterーone of the eight victims at the Nerve Gas House. Apart from her, Saw II also starred Donnie Wahlberg, Shawnee Smith, Tobin Bell, Franky G, and Erik Knudsen.

Filmed in Toronto over twenty five days, Saw II made its way to theatres on October 28, 2005. A massive success, it grossed a record-breaking $31 million across 3800 screens during the three-day Halloween opening weekend. Following a two and half month-run, the movie closed out having grossed a worldwide total of $147.7 million against a production budget of $4 million. In spite of being a commercial hit however, the horror movie received mostly mixed reviews from those who saw it in theatres; while many lauded the cast’s acting, the gruesome nature of the plot garnered much criticism. Nonetheless, Saw II was nominated for several awards, including a Saturn Award for “Best Horror Film”.

Shifting her focus back to television, Mitchell was later cast as a supporting character in the teen drama, The Secret Life of the American Teenager. Created and co-written by Brenda Hampton, it followed the life of a young teenager who after an unplanned pregnancy, finds herself having to deal with a myriad of situations. While actress Shailene Woodley portrayed Amy Juergens, the show’s main protagonist, Mitchell played as Katelyn O’Malley, a school counsellor who is first introduced in the fifteenth episode of the third season. After appearing on-and-off throughout the next couple of seasons, she made her final appearance in the episode entitled, First and Last. Altogether, she appeared in 28 out of the series’ 121 episodes.

Premiered on ABC Family on July 1, 2008, The Secret Life of the American Teenager garnered an average of 3.5 million viewers during its first season; during the season finale, the number peaked at 4.5 million. One of the network’s most popular shows at the time, it maintained a steady viewership of above 3 million throughout its first three seasons. Throughout its five-year run, it received a number of awards including a Gracie Allen Award and several Teen Choice Award nominations. Second to 7th Heaven, it is one of Mitchell’s bigger roles on television.

Following a two year absence form the big screen, the actress returned in the independent family film, Snowmen (2010). Directed and written by Robert Kirbyson, it told the heartfelt story of a ten year old boy who after being convinced that he has only a few weeks to live due to his cancer, recruits the help of his two friends to try to pursue fame. The trio Billy Kirkfield, Howard Garvey and Lucas Lamb were played by Bobby Coleman, Bobb’e J. Thompson and Christian Martyn respectively. Portraying one of the supporting characters, Mitchell took on the role of their teacher, Mrs. Sherbrook. Other members of the cast include Josh Flitter, Ray Liotta, Christopher Lloyd, and Doug E. Doug.

After an initial premiere at the Tribeca Film Festival, Snowmen was released theatrically on June 25, 2014. Filmed in Park City, Utah, the movie garnered mostly positive reviews from theatre-goers, although there were some less-than-ideal ratings. Praised for the performances of the young cast, it went on to win two awards at a couple of film festivals in Toronto and Dallas.

Since then, Mitchell has mostly been involved with television, although she has appeared in the movies Pennhurst (2012), The Dog Who Saved Easter (2014), and Toxin (2014). On the small screen, she has starred in the series Get Out Alive (2012) and in the TV film, A Gift Wrapped Christmas (2015). 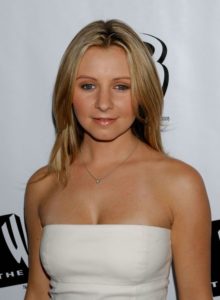 Although the last couple of years seemed to have been slow for the actress, it looks like she has a few upcoming projects for this year. First off, she will be appearing in a television series called Hollywood Darlings (2017), which will also star Sam Coffman, Guilford Adams, and Joel Clark Ackerman.

Putting herself back in the limelight, she will also be starring in the drama film, Dance Baby Dance (2017) which will feature her as one of the lead protagonists named Tess. Written and directed by Stephen Kogon, its cast list also includes Clare Grant, Jim O’Heir, Lisa Brenner, Carlos Alazraqui, and Misty Rosas, among others.

According to IMDb, Mitchell will also be co-starring in Paul Lynch’s upcoming thriller, Taken Too Far (2017).

If you’d like to stay up to date and connected with the 36-year-old actress, you can do so by following her on social mediaーyou can find Beverley Mitchell on Twitter and Instagram at @beverleymitchell. Be sure to also check out her official Facebook page at @BeverleyAMitchell!