Desiigner Net Worth 2018 – How Rich is He Actually? 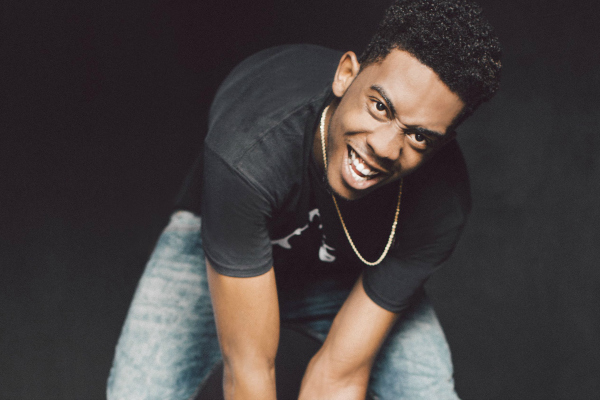 He might be new to the national rap scene, but he’s already worked with some of the biggest names, like Gucci Mane and Kanye West. He’s even hit the top of the Billboard charts. Which has lots of people wondering: what is Desiigner’s net worth?

How Did Desiigner Make His Money & Wealth?

Sidney Royel Selby III was born on May 3, 1997, in Brooklyn. Named after his grandfather, Sidney Selby (a blues musician), Sidney first got interested in music singing in school and at church. He also had an interest in life in the projects, but that ended abruptly when he was shot at age 14. In 2014, Sidney adopted the stage name Dezolo. He dropped that in favor of Desiigner Royel, which he shortened to Desiigner.

On December 15, 2015, the young rapper released his first single, “Panda”. At first it was only on YouTube and Soundcloud, but before long he released it on iTunes. After re-releasing the track in February 2016, Kanye West noticed him and signed him to Good Music. “Panda” eventually climbed to #1 on the Billboard charts and has been certified 4x platinum by the RIAA.

Kanye brought him on for two tracks on The Life of Pablo, “Pt. 2” and “Freestyle 4”. This helped boost him up to a new level of fame, and in June 2016, he released his first mixtape, New English. The next month he dropped “Tiimmy Turner”, which peaked at #98.

In February 2017, he released his third single, “Outlet”. The song is much closer to “Panda” than “Tiimmy Turner”, and seems prepped to at least break back onto the charts, if not top them. “Outlet” was the first single from his upcoming studio album, The Life of Desiigner. The album’s name is a clear reference to Kanye West’s own The Life of Pablo, showing how close of a working relationship the two artists have.

Outside of his own songs, he has been featured on songs by Young King, Meek Mill, Rah Smooth, Jim Jones, Phresher, Tyga, and Pusha T.

All this fast success has led to Desiigner having earned almost $4 million last year, which, since he’s so young, is also his net worth. He’s also been nominated for a Teen Choice Award, an MTV Music Video Award, a BET Hip Hop Award, and an American Music Award, and a Grammy.

He was recently photographed with a girl at the beach, but that is the closest thing he has to a spouse.

Does Desiigner have kids?

No, but in a recent interview, he said that when he does get kids, he will teach them his trademark gunfire sound as their first “word.”

Where did Desiigner go to College?

He hasn’t attended college, but is also only 19.

Where Does Desiigner Live?

He spends most of his time performing or staying at hotels while he’s recording with various artists, and does not have a home outside of his parent’s apartment in Brooklyn.

How much did Desiigner Earn Last Year?

Last year, he earned around $4 million dollars from song sales and production fees.

I want to really stress how impressive it is that, pretty much just with one song, Desiigner has managed to become one of the most widely-discussed rappers in the scene, and also managed to earn $4 million in one year.