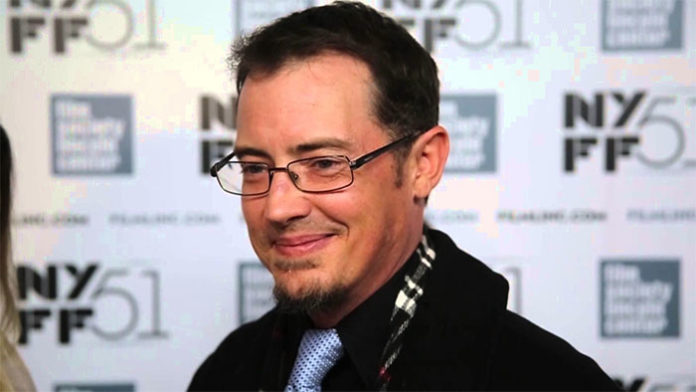 American actor Jason London is most well known for playing Randall Floyd in the comedy flick, Dazed and Confused (1993). Born and raised in San Diego, California, both him and his twin brother Jeremy developed an interest in dramaーsomething which they excelled in at schoolーearly in life. As a teen, London alongside his brother and sister, attended a modelling and drama school in Dallas; it was there that he honed his acting abilities. Following his high school graduation, the nineteen year old made his small screen debut in the TV film, Blood Ties (1991), where he played alongside Patrick Bauchau, Harley Venton and Kim Johnston Ulrich. Later that same year, London also made his movie debut in the romance drama, The Man in the Moon (1991), after which he also appeared in False Arrest (1991), and December (1991). After a two year break, he remerged in the made-for-television film, Country Estates (1993). Not long afterward, the aspiring actor received a huge break when he was cast as one of the lead protagonists in the movie, Dazed and Confused (1993).

Although not an instant smash hit, the film eventually garnered Londonーan actor who was still fairly unknown previouslyーmuch fame and notoriety. To date, many consider his role in the movie to be his breakthrough, as it effectively launched his professional career. Not only that, but his portrayal of pink also netted him a Young Artist Award nomination or “Best Youth Actor Co-Starring in a Motion Picture” in 1994. Following his first taste of success, London went on to star in a number of films including I’ll Fly Away: Then and Now (1993), Tales from the Crypt (1993), A Matter of Justice (1993), and Aerosmith: Amazing (1993). From there, he went on to play a supporting role in the drama film, Safe Passage (1994), alongside Susan Sarandon, Nick Stahl and Sam Shepard. Continuing with his career in cinema throughout the rest of the 90’s, London starred in Countdown (1996), Mixed Signals (1997), Broken Vessels (1998), and The Rage: Carrie 2 (1999), to name a few.

Following the new millennium, London began branching out to more television projects; for the first few years of the 2000’s, he guest starred in various TV series including Jason and the Argonauts (2000), Night Visions (2001), and 7th Heaven (2003)ーhe even starred in a couple of TV movies. Having said that, his main focus was still on film. In 2006, he played the principal character in the horror thriller, Greed. London subsequently starred in Who’s Your Monkey? (2007), All Roads Lead Home (2008), The Devil’s Tomb (2009), and The Terror Experiment (2010), among several others.

So what as the California-native been up to in the recent years? What new movies have he starred in as of late? What happened to Jason London? Where is he now in 2018? 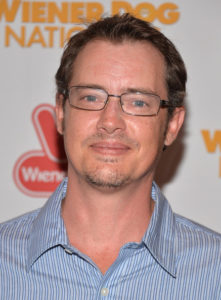 Born on November 7, 1972 in San Diego, California, Jason Paul London is the son of Frank and Debbie London, an employee at a sheet metal company, and a waitress. The older brother of Jeremy London, identical twin by twenty seven minutes, he also has a late sister named Debra, who passed away in a car crash when she was sixteen years old.

Due to the fact that their parents divorced when they were young, London saw very little of his father growing up. A natural performer, both him and his brother were active members of their high school drama club; they also excelled in giving speeches and playing sports. Deciding to take formal lessons later on in his teens, he went to a drama and modelling school in Dallas, Texas, with his brother and sister. Following his high school graduation, London decided to pursue a full-time career in acting.

As luck would have it, the aspiring actor landed his first television role not long afterward, in the TV film, Blood Ties (1991). Later that same year, London also made his feature film debut in the romance drama, The Man in the Moon (1991), where he played alongside Gail Strickland, Tess Harper, and Sam Waterston. From there, he was eventually cast as one of the main leads in the drama film, December (1991). Following a two year-long break from acting, he returned in a made-for-television movie called Country Estates (1993), which had him playing opposite of actress Barbara Williams. Not long afterward, London was met with a huge opportunity when he was given a breakthrough role in the comedy flick, Dazed and Confused (1993). 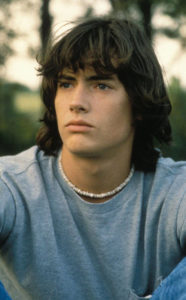 Directed and co-written by Richard Linklater, the coming-of-age comedy film revolved around a group of young teenagers on the last day of high school in the summer of 1976. Featuring a varied ensemble cast, the movie starred London as Randall Floyd (AKA “Pink”)ーthe school’s star football player who is asked at the beginning of the film not to take any drugs during the holidays as to not jeopardize the chances of him winning the upcoming championships. Over the course of the film, he manages to catch a number of adventures with his group of school friends, including cruising the neighbourhood with a 20-something-year-old man whom they meet at a keg party. In addition to London, Dazed and Confused also starred Wiley Wiggins, Matthew McConaughey, Sasha Jenson, Michelle Burke, and Christine Harnos.

A Gramercy Pictures Production, the movie came out in theatres on September 24, 1993 in the United States. Upon its release, it earned over $918,000 during its opening weekend across 183 theatre locations in the country; it later went on to make a total of $8 million in North America by the end of its theatrical run. Critically acclaimed despite being a moderate financial success, Dazed and Confused garnered countless positive reviews from critics such as Peter Travers of Rolling Stone and Roger Ebert of the Chicago Sun-Times. Later included in Entertainment Weekly’s list of “Top 50 Cult Films” in 2003, over a decade later, it played a huge role in kick starting London’s career as a professional actor. For his portrayal of the male protagonist, he was nominated for a Young Artist Award for “Best Youth Actor Co-Starring in a Motion Picture” in 1994. 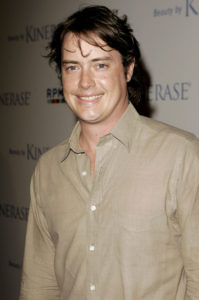 Continuing to appear in theatres throughout the rest of the 90’s, the actor was involved in a number of B-list films including Safe Passage (1994), My Teacher’s Wife (1995), Countdown (1996), Mixed Signals (1997), and Broken Vessels (1998). In 1999, he co-starred in the supernatural horror film, The Rage: Carrie 2 alongside Emily Bergl, Dylan Bruno, Amy Irving and J. Smith-Cameron. Based on a book of the same title by Stephen King, it revolved around the events of a massacre that occurs after an outcast teen is haunted by a group of bullies, all of whom are unaware that she possesses telekinetic powers. Portraying the role of one of the popular jocks, London played the part of Jesse Ryanーa young man who eventually becomes the love interest of Rachel.

Originally released on March 12, 1999, The Rage: Carrie 2 managed to open in second place at the box office, however was ultimately not met with much success. At the end of its theatrical run, it grossed a worldwide total of $17 millionー$4 million less than its production budget of $21 million, rendering it a commercial flop. Despite the lacklustre performance and the negative reviews that it garnered, it is one of the higher-profile films that London starred in during the 90’s.

Going back to the small screen after several years of starring in films, London played the title character in the Hallmark Original Movie, Jason and the Argonauts (2000). Based on the Greek mythical story of Jason and the Argonauts, as is implied by its title, it told the story of Jasonーthe heir of Ancient Greece who after witnessing the brutal murder of his father by the hands of his uncle, flees his hometown only to return two decades later to reclaim his rightful throne; things are not as simple as he’d like however, as his uncle sentences him to death soon after his return. In addition to the actor, who played as Jason, Jason and the Argonauts also featured the acting talents of Frank Langella, Derek Jacobi, Natasha Henstridge, Olivia Williams, and Dennis Hopper, among others.

Released on May 7, 2000, the filmーwhich was created on a $30 million budgetーwas disappointingly met with a number of negative reviews, many of which panned it as a horrible remake of the original. Regardless of its low ratings however, Jason and the Argonauts ended up garnering a number of accolades, two of which were for the prestigious Primetime Emmy Award. On television, it remains to be one of London’s most well remembered portrayals, despite the lack of popularity.

Several years later in 2008, London starred in a comedy horror film called Killer Movie. Directed by Jeff Fisher, it revolved around a reality television director named Jake Tanner, whose crew falls victim to a masked murderer. In the movie, the actor portrayed the role of Mikeーone of the crew members who is eventually revealed to be the killer. The cast list also included Paul Wesley, Kaley Cuoco, Gloria Votsis, Cyia Batten and Al Santos, among others. Released in theatres on April 24, 2008, Killer Movie ended up being a commercial success, having grossed a total of over $14 million from a budget of $2 million. Despite this, it was generally met with mixed reception; while some praised it as being one of the best horrors they’ve ever seen, others noted its terrible narrative and editing.

London has several projects for us this coming yearーincluding a drama thriller called Trafficked (2017) in which he will play one of the supporting characters. Directed by Will Wallace, it will depict the true story of three girls who after being trafficked and imprisoned in a Texas brothel, work together to attempt a daring escape. In the film, the actor will be joined by Ashley Judd, Elisabeth Rohm, Sean Patrick Flanery and Anne Archer.

In terms of starring roles, the 44-year-old star will also be playing the lead protagonist in the comedy drama film, Storefront (2017) which is set to hit theatres sometime this year. According to IMDb, he will be portraying the part of Max; other cast members include Monte Markham, Sally Kirkland, Peter Jason, Emily O’Brien and Victor DiMattia.

Some of his other upcoming roles include that of John Zachary in The Second Coming of Christ (2017), and Charles Gibson in A Family’s Fury (2018).

If you’d like to stay up to date and connected with the actor of Dazed and Confused fame, you can do so by following him on social mediaーyou can find Jason London on Twitter at @JasonPLondon.