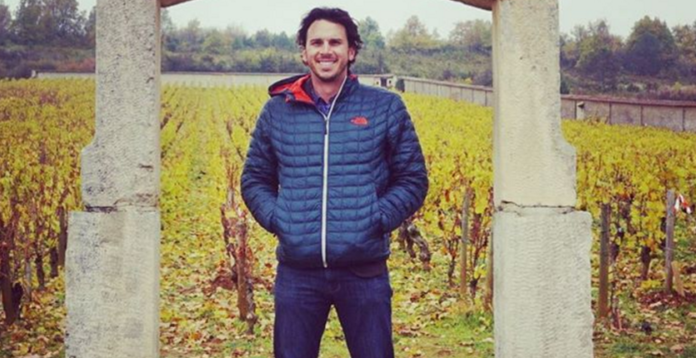 Ben Flajnik’s season on The Bachelor might be the only one where a contestant ended up making more headlines than the star. When Season 16 premiered in 2012, it was clear that Courtney Robertson was going to help redefine the “villain” archetype that had developed through the show’s run. But even though Courtney was the more memorable part of the season, many are still wondering what Ben Flajnik is doing now.

Ben Flajnik on The Bachelorette

Ben Flajnik’s introduction to The Bachelor franchise was as a contestant on Season 7 of The Bachelorette, where he and 24 others competed for a chance to propose to Ashley Hebert. He was the runner-up, ultimately losing to J.P. Rosenbaum.

Ben made himself memorable from the moment he showed up in the season premiere. He owns a vineyard, so brought a bottle of his wine with him to share with Ashley. Over the first few weeks, Ben goes on group dates with Ashley, where they choreograph a dance, attend a comedy roast, and renovate a Thai orphanage.

Ben Flajnik’s first solo date happened during Week 5, when the show was still in Thailand. He and Ashley visited a market, a temple, and had a dinner. She asked about life at a vineyard, and the date went pretty smoothly.

Ben’s second solo date was in Taiwan, where he and Ashley continued to get along. The issue was they only got along – there was almost no romance between them. From an audience perspective, this made Ben seem like a much weaker contestant than the eventual winner J.P., but Ashley clearly enjoyed spending time with him.

During the finale, Ben and J.P. met Ashley’s family, and for a while it looked like Ben would win. Ashley’s family preferred him, but in the end, she rejected his proposal.

Ben Flajnik on The Bachelor

After The Bachelor, Ashley & J.P. got married, and went on to have two kids. Meanwhile, Ben was chosen as the next star of The Bachelor.

The Bachelor is known for being dramatic and the contestants fighting with each other. No season lived up to that reputation more than Ben’s, thanks largely to Courtney Robertson. Ben clearly took a shine to Courtney early on in the season, and it caused trouble the whole time.One major controversy happened during Week 5, when Courtney and Ben went skinny-dipping.Emily O’Brien, eliminated halfway through the season, was the first to bring up her issues with Courtney. Ben acknowledged Emily’s

Emily O’Brien, eliminated halfway through the season, was the first to bring up her issues with Courtney. Ben acknowledged Emily’s complaints, but still continued focusing his attention on Courtney.

When it came time to meet Ben’s mom and sister in the final episode, Courtney and Lindzi Cox were the only two contestants left. Lindzi met them first, and Ben’s family tried to get more information about Courtney from her. Clearly, they were concerned about her behavior.

When Courtney finally met Ben’s mom and sister, their attitudes changed completely. They were shocked by how friendly she was, and afterward said that Courtney was the better match.

So during the Final Rose Ceremony, Ben rejected Lindzi and proposed to Courtney. She accepted.

Ben and Courtney broke up in February 2012, during the middle of his season of The Bachelor being aired. In the “After the Final Rose” special, Ben said he was shocked by how Courtney treated the other women, and Courtney said she was responsible for them breaking up. However, the couple renewed their engagement during the special, and it looked like they might not let the show’s drama kill their relationship.

That fall, Ben and Courtney split for good. She went on to write a book called I’m Not Here To Make Friends, where she explained her perspective of The Bachelor.

In 2014, Ben Flajnik started dating a woman named Stephanie Winn. They stayed out of the press until last year, when he went on the Here to Make Friends podcast. There, he revealed that the two had met on Tinder, and are enjoying a quiet life in the suburbs. Most recently, Ben made an appearance on Who Wants To Be A Millionaire, hosted by The Bachelor‘s host, Chris Harrison. If you want to find out more about Ben, you can find him on Instagram as @benflajnik