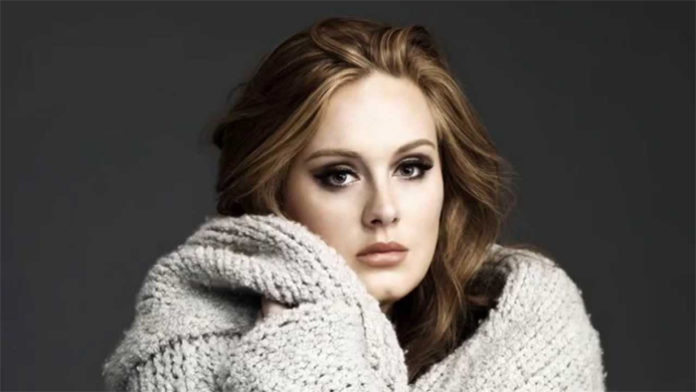 Hailing from London, England, Adele made herself known to the world with the release of her debut album, 19 in 2008. Raised single handedly by her mother, she first started to sing at the tender age of four- a hobby that quickly turned into an obsession. Continuing to pen songs as a young adult, she eventually recorded a three-track demo tape, which she later gave to a friend. Unbeknownst to her, the friend had ultimately uploaded it onto Myspace, where it quickly gained momentum. Before long, she received a phone call from the head of the England-based recording label, XL Recordings- and the rest was history.

Today, she is one of the most well known and affluent singers in the world, with a net worth of well over $100 million. How exactly did her wealth come about?

How did Adele Make His Money and Wealth? 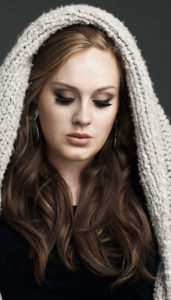 Born on May 5, 1988 in Tottenham, London, Adele had been singing ever since she could talk. Growing up, she was obsessed with voices and more often than not, was practicing her vocals. At the age of sixteen, she penned her first song entitled, Hometown Glory which was inspired by one of her hometowns, West Norwood. Continuing to hone her craft while attending The BRIT School for Performing Arts and Technology in the early to mid 2000’s, she eventually found herself publishing two songs just a few months after graduation. From there, Adele recorded a short demo tape which she ultimately handed over to a friend.

Little did she know at the time, that her friend would upload the material online and that it would garner worldwide attention. Met with millions of views, her songs soon caught the attention of Richard Russell, the CEO of XL Recordings. Signing to the label not long afterward, she went on to work on her debut album, 19 which was eventually released in the winter of 2008. A crippling success, the album reached the top of the UK Music Chart, as well as in multiple overseas countries. A massive commercial hit, it has since sold over 7,000,000 copies worldwide- a figure that ultimately earned her a hefty amount as a singer.

Fours years after soaring into super stardom, Adele came out with her second studio album, 21 in January of 2011. Even more successful than her first, it effortlessly topped thirty different music charts around the world- including the one in her native UK. If her first album brought her millions, then 21 brought her tens of millions as it has since sold over 31,000,000 copies across the globe- over four times that of 19. Certified Platinum a whopping sixteen times in Britain, it also earned the title of being the best selling album of 2011 in the world. Overwhelmed with nothing but glowing reviews, 21 went on to win a prestigious Grammy Award for “Album of the Year” in 2012- a huge feat for a twenty one year old artist.

After another four-year long break, Adele released her third album, 25 in November of 2015. Once again a massive success, it proved itself to be a chart topper in countless countries (e.g. US, UK, Finland, Germany, France, New Zealand, Russia, South Korea, Taiwan, etc) worldwide. In the United States alone, the album had sold over 3,380,000 copies within the first week; more amazing, is the fact that it sold approximately 1,000 copies per minute. In her native UK, it also sold over 800,000 copies, making it the fastest selling album of all time in the country. Although not as commercial successful as its predecessor per se, it still broke several records and garnered several awards including another Grammy for Album of the Year. One can only imagine how much exactly her albums have brought Adele throughout the years, considering its crazy sale amounts which are in the tens of millions.

Knowing the music industry, concert tours are another fabulous way for artists to bring in the dough- so to speak. Considering that, and Adele’s bursting popularity, it’s not surprising to know that the British singer has embarked on a few these past years. In 2008, she hit the road for the first time for her worldwide debut concert tour, An Evening with Adele- which also served to promote her debut album. One of the most highly anticipated events for fans, the tour saw her performing in numerous cities across Europe and North America; altogether, it is approximated that over 66,800 individuals were in attendance.

Following her second album release, Adele once again hit the roads for a second concert tour which brought her to countless cities around the world. Critically acclaimed, the event only further increased her net worth, as fans desperately forked out cash to attend her shows. Altogether, her 2011 tour saw fifty one shows in both North America and Europe; it is estimated that the tour had brought in $2 million at the box office.

More recently this past year, Adele embarked on her third concert tour- Adele Live 16, which for the first time, brought her to the stages in Oceania (as well as Europe and North America). Her biggest tour yet, tickets were sold out almost immediately after being released. To put it into perspective, over 10,000,000 fans tried to purchase tickets for the North American leg, however only 750,000 seats were available. One of the most successful worldwide tours ever to take place, it brought in an astounding $167 million at the box office across 107 shows. It goes without saying that Adele was, without a doubt, paid handsomely for her performances.

Unlike other artists who have ventured on toward other business opportunities, Adele’s net worth is built solely through her works of music. For one thing, she does not support the endorsing of products as she feels that it undermines her integrity as an artist. One of the most recognized pop singers in the world, she has netted well over 100 different industry accolades throughout her career including fifteen Grammy Awards, an Academy Award, and a Golden Globe. Considering the solid quality of her music, her net worth will undoubtedly continue to rise over the next few years, especially if she pushes out new material.

In January of 2012, it was announced that Adele had been dating charity entrepreneur, Simon Koneck since 2011. Although the couple never officially confirmed having tied the knot at the beginning, tabloids started to speculate that they had in fact gotten married after the two were seen wearing matching rings. It wasn’t until the 59th Annual Grammy Award Ceremony that Adele finally confirmed the fact, after thanking her husband in her acceptance speech. Subsequently, she also explained that “[she] was married now” in a concert held in Australia.

Does Adele Have Any Children?

In June of 2012, just a few months after it was made known that the two were in a relationship, Adele announced that she and her boyfriend were expecting a baby. Their son, Angelo James Konecki, was later born on October 19, 2012. Extremely protective of their child and understandably so, the couple sued against a photo agency that had published paparazzi photos of their son in 2013.

Where Did Adele Go to College?

Adele went to The BRIT School for Performing Arts and Technology, a City Technology College located in Selhurst, Croydon; she graduated in 2006.

Where Does Adele Live? Picture of Adele’s House 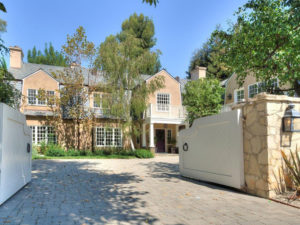 Last summer, Adele made the headlines after putting $9.5 million down for a four bedroom mansion in Beverly Hills, Los Angeles. According to sources, the home was initially listed at $9.9 million so the singer seemed to have gotten herself quite a deal with the 6,600 square foot home. Although her busy touring schedule has made it impossible for her to move into her new mansion, she’ll have a lot to look forward to once she’s back home including six bathrooms, four bedrooms, a tree house, and an outdoor pool. Did we also mention that it comes complete with an outdoor train set?

Why is She Called Adele?

Adele is the British singer’s given name. Like many artists, she simply chose to go by that for the reason of simplicity. Having said that, her full name is Adele Laurie Blue Adkins.

How much did Adele Earn Last Year?

The highest paid Grammy Award-nominee of 2016, Adele is estimated to have earned a whopping $80.5 million from touring and her studio album, 25 alone. That’s not including the record breaking $130 million record contract that she allegedly signed in 2016.

Adele’s Philanthropy and Involvement with Charity

A Philanthropist at heart, Adele has contributed to a number of charitable causes over the years. For instance back in 2011, all concert-goes with complimentary tickets for her Adele Live World Tour were required to make a $20 donation to Sands- an organisation that offers help to parents who have lost children. Altogether, her efforts had raised over $13,000 for cause.

Aside from that, she’s also been a long-time advocate of the Amnesty International and for a non-profit called MusiCares- which helps to provide a safety net for artists in needs. In support of MusiCares, Adele has sang at a number of benefit concerts throughout her career.

As if that wasn’t enough, the multi Grammy Award-winning singer is also heavily involved with Drop4Drop, an organization that aims to provide clean water solutions worldwide. Funny though, the charity was started by none other than her boyfriend, Simon Konecki.

In fact, just this March, she completed the Australia leg of her worldwide tour with a record breaking 77,300 fans in attendance- which broke her previous record by approximately 2,000. More touching is the fact that she let one of her fans propose to their girlfriend on stage at one of her Melbourne concerts.