How to Partition a Hard Drive in Windows 10 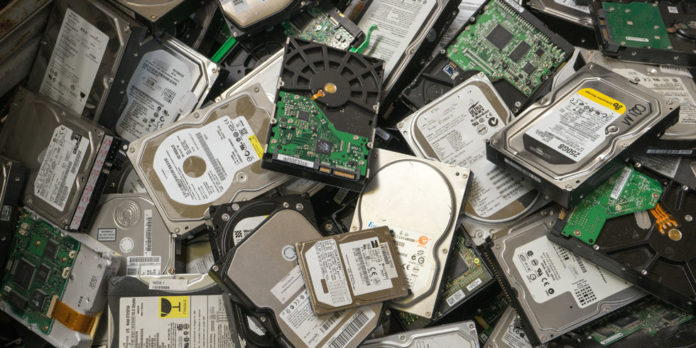 If you’ve bought a new hard drive or solid state drive, then you may have heard that, in order to install it, you need to partition it. What exactly does that mean? As you can probably infer from its name, a partition is just a segment of your drive’s storage space. By partitioning your hard drive, you’re basically creating separate “sections” on your hard drive, and each section can be used for a different purpose.

On a much more basic level, a hard drive has to be partitioned before it can be formatted in Windows. Formatting a hard drive allows you to store data on that hard drive. Every drive needs at least one partition on it. Any partition past that is just personal preference, and there are plenty of reasons to have more than one partition on your drive. A lot of people like to have separate partitions on their drives so that they can store things like games, documents, pictures, and movies all in separate segments of their hard drive.

With EaseUS Partition Master, it’s simple and easy to create a partition on your hard drive. When you open up the software, you should be able to see all of your drives, and all of the partitions that already exist on those drives. What you need to do at this point is find the partition labeled ‘Unallocated’ under the ‘File System’ column. This part should be easy to spot, since it’s also labeled with an asterisk under the partition title column. Once you’ve located this partition, right click anywhere on its row to bring up a little drop down menu. A couple of options will appear here, but the main one that you’re going to be working with is the first one: Create partition. Click this option, and a window titled ‘Create partition’ should open up. From here, you get into the more technical stuff. Some options in this menu are self-explanatory, others are not.

You may also be stumped by the dropdown menu that allows you to select different file system formats. There are quite a few different options there, but if you’re someone who is using Windows 10 in this tutorial, then you’re mostly going to be working with Windows file system formats, which include FAT, FAT32, and NTFS. EaseUS Partition Master will have NTFS selected by default.

This is good, because NTFS is pretty much the most common file system among Windows partitions. Although your own research may have caused you to believe that you want a different file system, if you’re not very good with computers, then you should rest assured in knowing that NTFS is probably good enough for your purposes. Don’t be intimidated by all of those options. The same goes for the Cluster Size menu option. That’s part of why I think that EaseUS Partition Master is so great. Even if you aren’t tech savvy, you should have no problem using this software, since they line everything up for you. Once you set your partition size and position, you’re just a couple of clicks away from having a new partition. It’s that simple!

What else is EaseUS Partition Master useful for?

Now, you can do pretty much everything that I just said through standard Windows tools, like Disk Management. So why bother using something like EaseUS Partition Master? I’ll have you know that, as a partition management software, EaseUS Partition Master is incredibly versatile, and you’ll probably find it useful even if you don’t need any partitions created. This software has a ton of different tools and features. One that you may find helpful is the feature that allows you to merge partitions. Maybe you thought that it would be cool to have your television shows and your movies in two separate partitions, but you’re realizing now that it was kind of a ridiculous idea. If that’s the case, then you may afraid that you’ll lose data once you decide to merge those two partitions together. EaseUS Partition Manager has a tool specifically designed to merge partitions, and you shouldn’t at all be worried about data loss in the process.

Not only that, but you can also convert a drive to MBR to GPT (and vice versa) without having to worry about data loss, either. What does this mean exactly? Without getting too complicated, MBR is a much older format than GPT. Each format has its own merits, and there are plenty of reasons why you may want to switch between the two. For instance, GPT is superior to MBR in that it allows for more than four primary partitions, and it also is better for drives that are larger (2 TB+) in size. However, MBR is a preferable drive if you’re wanting to run a 32 bit version of Windows, or if you’re just using an older version of Windows in general. You may be hesitant to try to figure out how to convert across these versions on your own time, and EaseUS Partition Master really takes all of the guesswork out of the equation.

I’ve really only scratched the surface of what EaseUS Partition Master is capable of in this article. You can use this software to convert partitions across different types, wipe partitions, wipe disks, resize partitions, move partitions, and converting partition file systems. In short, it lets you do pretty much anything that you would want to do with a partition. EaseUS Partition Master is an indispensable tool to anyone who likes to tinker with their hard drives, and it should also prove useful to someone who needs to fiddle with their partitions out of necessity. Whether you’re tech savvy or not, you should still be able to get something out of this software. I highly recommend it to someone who isn’t entirely satisfied with the more standard tools that they’ve been given by Windows to manage partitions.

Best of all EaseUS is giving away a handful of licenses to our readers. You can take part in the giveaway by clicking here.