What Happened to Bianca Ryan – Now in 2018 Update 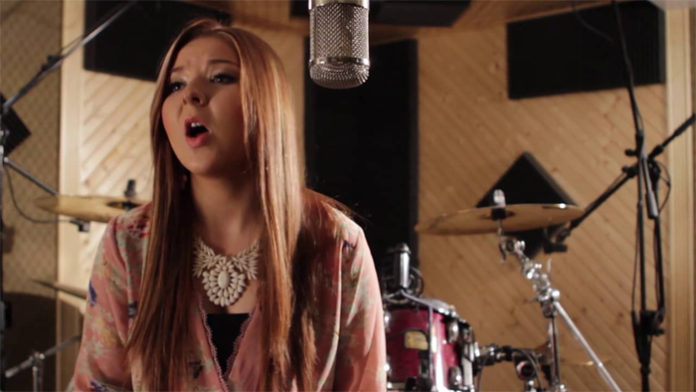 Bianca Ryan was brought to worldwide attention after winning the NBC reality series, America’s Got Talent at the age of eleven. Born in New Jersey, she was interested in dancing prior to singing; as a young girl, she had accumulated a number of awards as a talented tap dancer. It wasn’t until she was eight years old that she started to develop an interest in music after she began listening to various country tunes. Continue to explore the work of different artists, it wasn’t long until she fell in love with soul and blues music. Trying her hand out at singing, the blonde eventually started to rehearse every night under the guidance of her father. Recognizing her surprising potential, her parents later convinced her to audition for the reality music show, Star Search which sought out skilled vocalists. Standing up on stage, Ryan sang a rendition of Aretha Franklin’s Think which effectively blew the judges away.

Despite her impressive performance however, she ultimately lose to fellow singer, Spensha Baker. In 2006, Ryan discovered that Simon Cowell was holding tryouts for an upcoming music competition called, America’s Got Talent in her hometown. Jumping at the opportunity, she immediately decided that she wanted in on the auditions. Although she was initially discouraged after seeing her fellow competitors, she ultimately decided to go along with after her father informed her about the $1 million grand prize. Singing And I Am Telling You I’m Not Going by Dreamgirls for her audition, she successfully wowed both the judges and audience members with her voice, advancing her into the competition; the audition video has since also garnered millions of views on Youtube. After an eventful season, it was announced in August of 2006 that she was the winner of the first season of America’s Got Talent. As such, the eleven year old was able to take home $1,000,000 as the grand champion of the show.

After signing with SYCO Music, Ryan released her eponymous debut album, Bianca Ryan in the fall of 2006. A relative success, it charted within the top sixty on the Billboard Top 200 and has since sold over 200,000 copies across the globe. Later that same year, she came out with her holiday-themed extended play, Christmas Everyday! (2006). Although she hasn’t released any additional studio albums, Ryan has come out with another EP, True Meaning of Christmas in 2009. Aside from that, the singer has also come out with a handful of singles including You Light Up My Life (2006), That’s Not Me (2007), In My Head (2010), All of Me (2014), and Broken Down House (2014).

What has the former America’s Got Talent been up to lately? Where has her career taken her now that she’s in her early twenties? Can we expect to see any of her this upcoming year? What happened to Bianca Ryan? Where is she now in 2018? 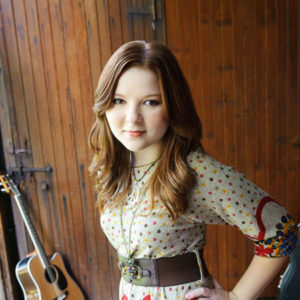 Born on September 1, 1994 in Ocean City, New Jersey, Bianca Taylor Ryan is the daughter of Janette and Shawn Ryan; she grew up with four siblings and is named after Mick Jaffer’s ex-wife as her father was a huge Rolling Stones fan. After spending the first three years of her childhood in New Jersey, her family relocated to Philadelphia. Prior to having discovered singing, Ryan was an avid tap dancer; she accumulated a number of awards as a young girl. It wasn’t until she was eight years old that she started to sing after having listened to various country tunes such as those by LeAnn Rimes. Seeing her love for music, her father eventually decided to share his music collection with her- which caused her to fall in love with the soul and blues genre.

Wanting to try her hand at singing, Ryan soon began to practice her vocals with her father every night. Before long, the aspiring singer had convinced his father to let her audition for Star Search, a television show that aimed toward discovering talents. At the audition, Ryan sang a rendition of Arethra Franklin’s Think, which not only impressed the judges, but her father as well; as he put it, “[he] had never heard her sing like that before”. Despite having put on a good performance, Ryan ultimately lost to fellow singer, Spensha Baker. Having said that, she eventually won the Amateur Kids Night segment on another TV show, Showtime at the Apollo.

Bianca Ryan on America’s Got Talent 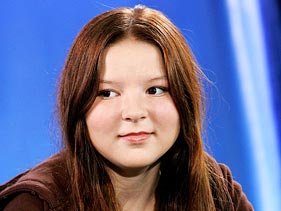 At the age of twelve, Ryan discovered that Simon Cowell- the judge from American Idol, was going to be holding a series of tryouts in New York for an upcoming competition show of his, America’s Got Talent. As the family was going to be in the area that day, she ultimately decided to jump at the opportunity. Upon stepping foot into the auditions however, she soon found herself discouraged after seeing the talents possessed by the other individuals present (e.g. torch jugglers, etc); at one point, she even contemplated on withdrawing. However, she later decided to go through with the try outs after her father informed her about the $1 million grand prize.

For those who may not be too familiar with the reality TV show, America’s Got Talent– created by Ken Warwick, Cecile Frot-Coutaz and Simon Cowell, is a talent competition that invites performers of all ages from dancers, singers to magicians to compete for a chance to win a cash prize of $1,000,000. Although judges have a say in which individuals are allowed to advance to the next rounds, the winner at the end of the season is ultimately chosen by the audience’s public vote.

Auditioning for the show in New York, Ryan sang the song And I Am Telling You I’m Not Going from the Broadway musical, Dreamgirls. Having successfully wowed both the judges and the audiences with her powerful vocals, she soon found herself moving on in the competition. Not long afterward, a video clip of her audition made its way onto Youtube and quickly went viral- having attracted millions of views from all over the world.

Following the auditions, there were a total of 58 acts. For the subsequent semifinals, they were divided into four separate groups, each of which had to audition for a second time in front of the judge’s panel; the judges then picked ten of these acts to continue with the competition. During the semifinals, Ryan sang Erma Franklin’s Piece of My Heart. Although the performance garnered her much praise from the judges, some of them did not feel that the song was right for the young singer.

Having won the public vote, Ryan then moved on to the finals- where the audience, not the judges had the power to select the winners. For her final performance, she sang another theme from the Broadway musical Dreamgirls, I Am Changing. Not only did it garner much applause but judge Piers Morgan later predicted that it would render her as the champion. Lo and behold, on August 17, 2006, it was announced by MC Regis Philbin that the eleven year old was the winner of the first season of America’s Got Talent. In doing so, she took home the championship title as well as the grand prize of $1 million.

Just a week after winning the ABC competition, it was announced that Ryan had travelled to New York to meet with a few A&R executives from a well known recording company. It was later reported by Northeast Times that she had also met Grammy Award-winning music producer, David Foster during the meeting. On September 17, 2006, Ryan signed a five-studio-album recording contract with SYCO Music, a subsidiary of Columbia Records- making her the first American artist to do so. 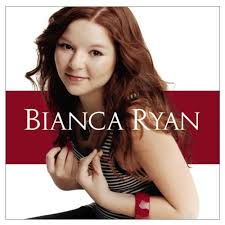 On November 14, 2006, the young star released her debut studio album, Bianca Ryan under SYCOmusic. Recorded just a few weeks after securing the recording deal, it came with 48 minutes worth of pop and gospel music, that was produced by David Foster, Jaymes Foster, Walter Afanasieff, Emanuel Kiriakou, and Robbie Buchanan, among others. Accompanied by two singles, one of which was released on the same day as the album, Bianca Ryan came with twelve tracks including Pray for a Better Day, Dream in Color, I Wish That, I Will, and Awake.

In addition to the standard version of the album that was released in stores, there were also two exclusive editions that were made available in Wal-Mart and Target- each of which contained different bonus tracks (E.g. Groovin (Feat. J-Status), There is a Love, Awake). Upon its release, the album entered the US Billboard Top 200 at number fifty seven, making it a modest success. Outside of the United States, Bianca Ryan also charted in Austria, Germany, Ireland and Switzerland. Critical reception wise, the general consensus from fans and critics were mostly positive; for instance, Allmusic awarded the album three and a half stars.

The full length album eventually gave rise to two singles, one of which is the popular holiday-themed hit, Why Couldn’t It Be Christmas Every Day? Produced by Walter Afanasieff, the Christmas pop song received a fair amount of air time in various radio stations around the world. Although it didn’t chart in her native US, it did peak in multiple Dutch music charts including the Single Top 100, the Mega Top 50 and the Dutch Top 40. Aside from the song itself, it also came with a music video that featured the artist singing throughout the entire clip.

Later that same year, Ryan came out with her first extended play, Christmas Everyday! (2006). A holiday-themed release, it boasted a five-song track list which consisted of Someday at Christmas, Why Couldn’t It Be Christmas Every Day?, Santa Claus is Coming to Town, and O Holy Night.

Looking at her discography, it would appear that she hasn’t released any new music since her single, Alice in 2015. Having said that, Ryan is still spending much of her time recording and singing- as it is apparent on her official website. For instance these past two months, she has released two covers, a rendition of Demi Lovato’s Stone Cold and another of The Beatles’ All My Loving for Valentine’s Day.

According to reports, Ryan also has a new EP in works, although no details about the project has been released as of yet. Aside from her work in music however, the New Jersey-native has also expressed a desire to continue acting.

If you’d like to stay connected with the American singer, you can do so by following her on social media- you can find Bianca Ryan on Twitter at @BiancaRyan or on Instagram at officialbiancaryan. While you’re at it, you can also drop by her official Facebook page for the latest announcements.