What Happened to O-Town – The Group Members in 2018 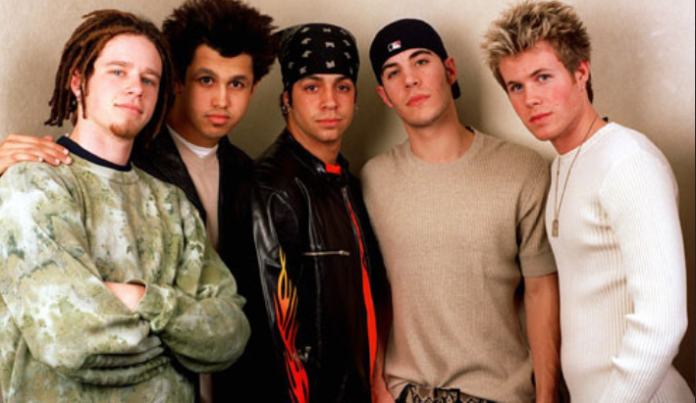 American boy band O-Town shot to fame in the early 2000’s through the MTV reality show, Making the Band. As of 2017, the group currently consists of four members. Named after Orlando, Florida, although none of them are from the city, they assembled for the first time on the series, which premiered on television in the spring of 2000. Following their success on the first season, O-Town was signed to Clive Davis’ recording label, J Records. With everything set for their debut, the boy headed off to the studios to record material for their first studio album. After the release of their initial single, Liquid Dreams, they dropped their debut studio album entitled, O-Town in the winter of 2001. Supported by the popularity of the weekly TV series, which was still running at the time, the album ultimately proved to be a major success- having since sold more than 1,000,000 copies in the United States.

A year after the release of their Platinum-certified debut album, O-Town came out with a second title, O2 in 2002. Although it didn’t share the same level of popularity as their previous effort, it still managed to peak within the top thirty on the Billboard Top 200. Following that, the boy band disbanded in late 2003 due to the volatility of the music industry and various financial issues. As a result, most members of O-Town embarked on solo careers in the mid to late 2000’s; it wasn’t until over a decade later in 2014, that they reunited (with the exception of Ashley Parker Angel) and came out with their third full length album, Lines & Circles under All About the Melody Records.

So what has the boy band from Making the Band been up to nowadays? Now that they’ve reunited, will they be releasing any new music in the near future? Can we expect to see them in the limelight this year? What happened to O-Town? Where are they now in 2018?

The Original Lineup of O-Town 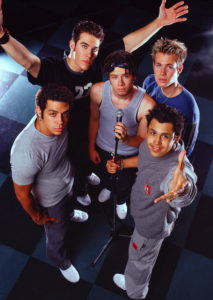 At the time of their formation in 2000, the boy band consisted of five members, Trevor Penick, Jacob Underwood, Erik-Michael Estrada, Dan Miller, and Ashley Parker Angel. Hawaiian-born Ikaika Kahoano was also selected for the original group, although he eventually withdrew to attend medical school.

Born on November 16, 1979 in San Bernardino County, California, Trevor Penick studied theater at California State University Fullerton. Growing up as a teen, he was devoted to pop music; he was especially fond of the Backstreet Boys. Aside from singing, Penick is also known to be a talented dancer.

Born on April 25, 1980, in San Diego, California, Jacob Underwood (Birth name: Jacob Christopher Underwood) always knew that he wanted to pursue a dream in the music industry. Not only is he a talented singer-songwriter, but he is also a skilled guitarist.

Born on September 4, 1980, in Laconia, New Hampshire, Dan Miller (Birth name: Daniel Mark Miller) has been dancing and singing ever since he was old enough to walk. A natural performer in a relatively non-musical family, he attended University of Cincinnati’s College Conservatory of Music.

Born on August 1, 1981, in Redding, California, Ashley Parker Angel is the youngest member of the band. The son of a piano teacher, he started playing the instrument ever since he was four years old; he was later taught how to play the guitar by his stepfather. Charming with good looks, Angel is also a talented music composer.

O-Town on Making the Band

As it happened, the boy band came together as a result of the ABC reality series, Making the Band. The brainchild of Andrew Marek, Jonathan Murray, Lou Pearlman, and Mary-Ellis Bunim, the series saw a number of individuals each competing for a chance to to be part of Lou Pearlman’s- the man behind NSYNC and Backstreet Boys- new boy band. In 1999, Pearlman embarked on a country-wide talent search; he consequently held auditions in various US cities, which lead him toward twenty five young men. After cutting the number down, he was left with eight finalists.

Midway through the first season, three of the eight competitors- Bryan Chan, Mike Miller, and Paul Martin, were eliminated; this left Erik-Michael Estrada, Ashley Parker Angel, Jacob Underwood, Ikaika Kahoano and Trevor Penick to be the ones to become O-Town, although Kahoano eventually withdrew from the group. Following his departure, Dan Miller was recruited as his replacement. After the original lineup was complete, the quintet embarked on a music career as a newly formed boy band.

O-Town’s Musical Releases Throughout the Years

Prior to the release of their debut studio album, O-Town dropped their first single entitled, Liquid Dreams. Released under J Records, with whom they had signed with, it was produced by Joshua P. Thompson and Bradley Spalter. Consisting of four tracks, including a music video for the song, it proved to be a huge hit, having peaked at the top of the Billboard Singles Sales Chart; on the Billboard Hot 100, it also reached a respectable number ten. Outside of the United States, Liquid Dreams was also met with success- for example, it also charted in Canada, Belgium, Australia, New Zealand, Ireland, Switzerland and the UK. 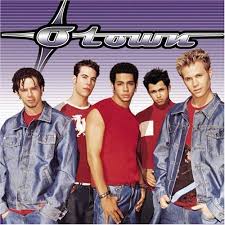 On January 23, 2001, the boy band released their highly anticipated full length album, O-Town. Produced by a number of talented individuals including Warryn Campbell, Clive Davis, Steve Mac, Michael Mangini, among numerous others, it came with twelve tracks- altogether which added up to approximately 42-minutes worth of pop and R&B music. Recorded throughout 2000, some of the titles include Love Should Be a Crime, Take Me Under, All for Love, Baby I Would, Every Six Seconds, and Sexiest Woman Alive. Aside from the standard edition of the album that was released in the US, the European and Japanese versions contained a few bonus tracks including We Fit Together, and two separate remixes of Liquid Dreams.

Supported by the ongoing ABC reality series, O-Town proved to be a successful hit upon its release. On the charts, it reached number five on the US Billboard Top 200- making it a relatively solid debut. Overseas, it was also met with comparable success in Canada, Germany, Scotland, and the UK. Despite being a commercial success however, reviews from critics were generally negative; for instance, Rolling Stone gave it a two star rating while Entertainment Weekly awarded it a score of C-. Regardless, O-Town went on to become their best-selling album, having since sold over 1,000,000 copies in the US; as of February 2001, it has been certified Platinum by the RIAA.

A year later, the American boy band came out with their second studio album, O2. Produced by Shep Crawford, Zach Danziger, Vinni Alfieri, and Rich Cronin, the pop album boasted thirteen tracks including Been Around the World, Make Her Say, The Joint, Girl Like That, and You Can’t Lose Me; the Japanese album also came with We Fit Together. Despite their initial success, O2 was a commercial failure as the public’s taste in music was quickly changing with time. Having said that, O2 did manage to peak at number twenty eight on the Billboard Top 200; it also charted in Germany and Austria.

In support of the album, O-Town also embarked on an European Tour in 2002. In spite of their best efforts, worldwide sales were low- close to half of that of their debut release. Shortly after the release of O2, the band disbanded citing the “changing climate of the industry” and various “financial problems”. Subsequently, the members went off to embark on solo music careers in the mid to late 2000’s.

Over a decade after this official disbandment, the band gave fans a pleasant surprise after announcing their their official social media pages that they will be reuniting as a quartet (Ashley Parker Angel had declined) in 2013. Working together with San Diego-based music producer Mark Suhonen, they signed a recording contract with All About the Melody Records and released their third studio album entitled, Lines & Circles later that year. 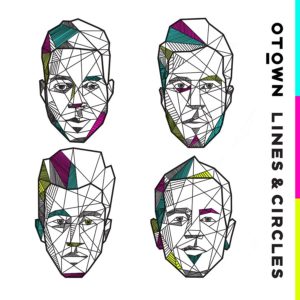 Their first album in twelve years, Lines & Circles was recorded over the course of three years from 2011 to 2014. Officially announced through their official Youtube account, the album was made available on August 24, 2014, following a three-week delay (the original release date was August 3, 2014). Produced by Patrik Patrikios, Phil Shaouy, Ryan Tedder, Samuel Adams, among others, the album consisted of ten pop and R&B titles including Sometimes Love Just Ain’t Enough, Got to Go, Buried Alive, Right Kind of Wrong, Playing with Fire, Chasin’ After You, and I Won’t Lose- most of which fell into the category of electro-pop ballads.

Despite being their long awaited comeback album however, sales were ultimately stalled. Unlike their earlier albums from the early 2000’s, Lines & Circles did not end up charting in the United States. Having said that, it did manage to spawn two singles, Chasin’ After You, and Skydive.

Thanks to the dedication and generosity of their fans, O-Town has announced that they will be releasing a fourth full length album sometime in 2017. Although they’ve had plans for another album for a while, nothing had ever materialized due to a lack of funds. So on September 30, 2016, the group launched a Kickstarter in hopes of funding their new musical endeavor. A huge success, O-Town surpassed their original goal of $47,500 in just seven hours!

According to the Kickstarter page, the album will be released in two parts- the A-Side will come out sometime in Spring while the B-Side will be made available in the summer. Altogether, over 500 backers had helped to pledge over $81,000 to bring the music project to life.

If you’d like to stay connected with the boy band, you can do so by following them on social media- you can find them on Twitter or Facebook at @OTownOfficial. Be sure to also drop by their official website for the latest news and announcements.