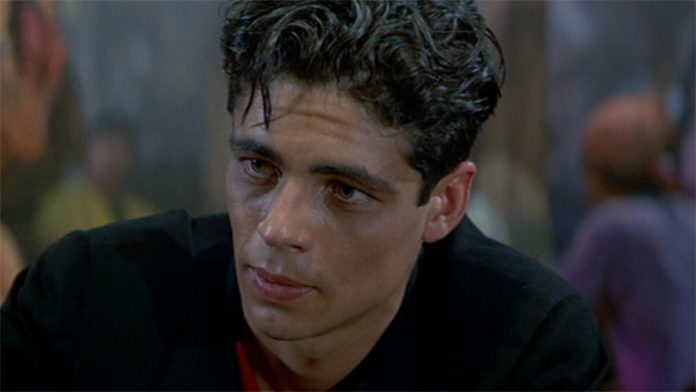 Hailing from Florida, American actor Everett McGill is best known for his extensive film work during the 80’s. After graduating from high school at the age of eighteen, he studied acting at London’s Royal Academy of Dramatic Arts. Several years later, he made his official television debut in an episode of the music drama, Great Performances (1974). From there, it wasn’t until 1979 that he took on another role, this time in the war drama film, Yanks, which also served as his motion picture debut. Gradually appearing more often on screen, he later appeared in the movies Union City (1980), and Brubaker (1980) the following year, prior to playing a farmer on the TV movie, A Time for Miracles (1980). In 1981, the aspiring actor finally found himself in the public’s eye after being cast as the lead protagonist in the Oscar Award-winning historical drama film, Quest for Fire. His first breakthrough role, it effectively kick started his career in the early 80’s.

Three years later in 1984, he played a supporting character in the Academy Award-nominated film, Dune. Shortly afterward, he appeared in the werewolf film, Silver Bullet (1985), which was inspired by a Stephen King story. Following that, he portrayed a sergeant in Field of Honor (1986), before co-starring in yet another Academy Award-nominated movie, Heartbreak Ridge. Continuing with his acting career, he later started to branch out into television by the late 80’s. In 1987, he appeared in an episode of the TV series Tour of Duty. Not too long afterward, he landed a recurring role in the television mini-series, Drug Wars: The Camarena Story (1990) where he played as Bob Rawlings. Later that same year, McGill received a big break when he was cast in the prime-time mystery crime drama, Twin Peaks (1990)- a role that eventually earned him a Soap Opera Digest Award nomination for “Outstanding Supporting Actor”.

Following his time on the series, McGill returned to the big screen as one of the lead cast members in the comedy horror flick, The People Under the Stairs (1991); it is probably one of his best remembered roles of the 90’s. Over the next few years, the actor appeared in a handful of films including Under Siege 2: Dark Territory (1995), My Fellow Americans (1996), Jekyll Island (1998), and The Straight Story (1999), before taking a fourteen year-long break away from acting. In 2014, he made his comeback in Twin Peaks: The Missing Pieces, where he reprised his role as Big Ed Hurley. In total, McGill has appeared in well over two dozen different projects since his debut in the 80’s.

So what has the Florida-born actor been up to lately? At seventy one years old, has he retired from acting for good? Or is he still taking on various roles? If so, what are some of his latest projects? What happened to Everett McGill? Where is he now in 2018? 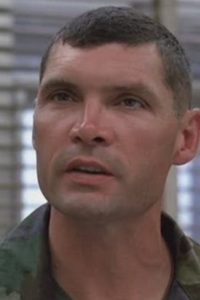 Born on October 21, 1945 in Miami Beach, Florida, Everett McGill was born as Charles Everett McGill III. Growing up in the Kansas area, he went to Rosedale High School in Kansas City, from which he later graduated from in 1963. Following his graduation, his gravitation toward the performing arts led him to enroll himself in London’s Royal Academy of Dramatic Arts- it was there that he honed and perfected his craft of acting. After many years of training at the institute, he relocated to Columbia, Missouri, where he studied at the University of Missouri. Known for his muscular physique and husky voice, he also has a hobby of collecting Indian pottery.

At the age of twenty nine, the aspiring actor- after many years of training- landed his small screen debut in an episode of the music drama, Great Performances (1974). Around that same time, he also explored the realm of music, having led a rhythm and blues band for several years. Following his time on the show, he went to perform in a number of off-off-Broadway Productions before returning to acting in front of the cameras in the war drama film, Yanks in 1979- which also served as his motion picture debut. Eventually landing more roles in 1980, he went on to appear in the movies Union City (1980), Brubaker (1980) and in the TV film, A Time for Miracles (1980). After having accumulated a small list of credits to his filmography, McGill received a huge break in 1981 when he was selected to star as the principal character in the Academy Award-winning adventure drama film, Quest for Fire. 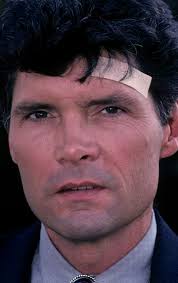 Directed by Jean-Jacques Annaud, Quest for Fire is set 80,000 years in the past in Paleolithic Europe, where early humans find themselves struggling to control fire. An adaptation of the 1911 novel by author J.-J. Rosny, it starred McGill as the lead charactre of Naoh- one of three men who are sent by their tribal leader on a quest to find fire. Throughout their trek, the men encounter a number of dangers including a tribe of cannibals, before finding, and attempting to take fire home. Other members of the main cast included Ron Perlman, who played as Amoukar, Nameer El-Kadi who played as Gaw, and Rae Dawn Chong who played as Ika. Shot on location, Quest for Fire was filmed at Scotland’s Cairngorms National Park and at Kenya’s Tsavo National Park and Lake Magadi.

Distributed by 20th Century Fox, Quest for Fire was released in theaters on February 12, 1982. A major box office success, it earned over $55 million from a $12 million budget. Critically acclaimed, the film received numerous positive reviews from critics, many of whom praised it for its historical consistency and excellent acting. Presented with numerous accolades, including an Academy Award win and a Golden Globe Award nomination, the French-Canadian movie is often credited for the launching of McGill’s professional acting career in the 80’s. 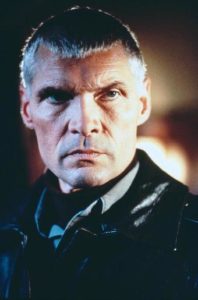 In the winter of 1984, the actor was cast as a supporting role in the science fiction epic, Dune. Based on a book of the same title by Frank Herbert, the film- set sometime in the distant future- centered around the conflict between a number of noble families as they fight against each other for control of desert planets known as “Dunes”. In the movie, McGill played as Stilgar- the leader of a Fremen community called Sietch Tabr on the desert planet, Arrakis. Other actors of the main cast list included Leonardo Cimino, Francesca Annis, Brad Dourif, Jose Ferrer, Linda Hunt, and Freddie Jones, among others.

In production as early since 1971, Dune was released in theaters on December 14, 1984. On its opening day, it grossed a little over $6 million across 915 locations, putting it in second place behind Beverly Hills Cop (1984) at the domestic box office. By the time it came off of the screens, it had grossed a total of $30.9 million, making it a financial disappointment as it was produced on a budget of $40 million. Despite being adapted from a hugely successful novel, reception toward the movie was generally negative; in particular, many critics such as Roger Ebert panned the film for its confusing screenplay. Regardless of the negative ratings that it garnered, Dune was eventually nominated for an Academy Award in 1985.

Two years later, McGill co-starred in the technicolor war film, Heartbreak Ridge (1986) alongside Marsha Mason and Mario Van Peebles. Directed and produced by Clint Eastwood, it followed a group of US Marines during the 1983 American invasion of Grenada. Titled after the Korean War’s Battle of Heartbreak Ridge, it starred the actor as Major Malcolm A. Powers- a recent Annapolis graduate who has little combat experience under his belt. During the events of the film, his unorthodox training methods lead him to clash continously with Sergeant Thomas Highway (played by Eastwood).

Produced on a budget of $15 million, the Warner Bros. film proved to be a huge success upon its release. During its opening weekend alone, it managed to gross more than $8.1 million across 1600 screens. Although ticket sales dropped in the subsequent weeks, it ended up taking in a worldwide total of $121 million, making it a huge commercial success.

Eventually branching out into television, McGill- who now has many years of experiences behind him- was selected to play one of the supporting characters in the ABC serial drama, Twin Peaks (1990). Created by David Lynch and Mark Frost, the crime drama centered around an FBI Special Agent named Dale Cooper who investigates the murder case of Laura palmer, a homecoming queen who was killed in the fictious town of Twin Peaks, Washington. While actor Kyle MacLachlan portrayed the role of Cooper, McGill played as Big Ed Hurley- a man who works at the local gas station in town. Later in the series, it is revealed that he feels guilty toward his wife over a hunting accident that caused her to lose an eye. Twin Peaks also starred KYle MacLachlan, Michael Ontkean, Dana Ashbrook, Lara Flynn Boyle, Sherilyn Fenn, and several others.

Originally premiered on April 8, 1990 on the ABC Network, the serial drama was met with universal acclaim upon its release. During its first season alone, it garnered over a dozen Primetime Emmy Awards. First introduced in the second episode, McGill’s character appeared throughout the first and second seasons of the show, until his final appearance in the twenty first episode of the second episode. Often hailed as one of the best TV dramas ever melt, Twin Peaks quickly garnered a cult following and has since been references in countless television shows, movies, and songs, etc. Despite being one of the top-rated shows of the decade however, its inevitable declining ratings ultimately led it to be cancelled in 1991. For his role in the series, McGill earned a Soap Opera Digest Award for “Outstanding Supporting Actor” in 1991.

Fans have a reason to rejoice- it has been announced that McGill will be making his return to acting in Twin Peaks (2017). A modernization of the original 1990 series, it will see him reprise his role as Big Ed Hurley. According to what has been posted onto IMDb, the actor will be appearing in at least eighteen episodes of the first season, which is set to premiere on May 21, 2017. In addition to McGill, Twin Peaks will also star Madchen Amick, Dana Ashbrook, Sheryl Lee, Kyle MacLachlan and Kimmy Robertson. Be sure to mark your calendars for this summer if you’d like to tune in!

If you’d like to stay up to date with his latest projects, the easiest way is probably to visit his official IMDb page seeing as how he is not active on social media.