What Happened to Paul Potts – 2018 Updates 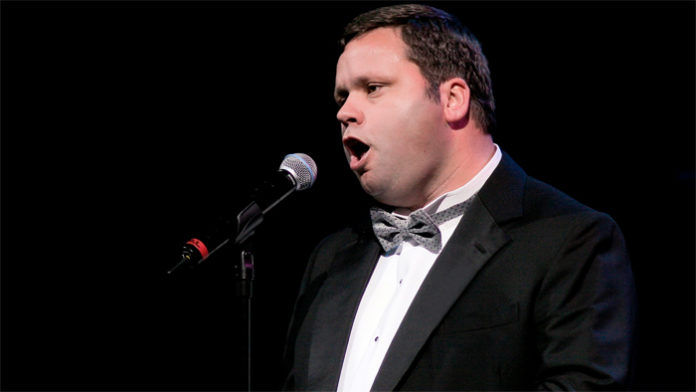 Paul Potts is a British tenor who gained international fame after winning the first season of the reality competition series, Britain’s Got Talent. Born in South Gloucestershire, England, he first discovered his love for singing as a teen. A member of several church choirs growing up, singing was always something that had offered him solace. Following his high school graduation, Potts began performing opera with Bath Opera, an amateur company at the age of nineteen; with the group, he played the roles of Herald and the Prince of Persia in the Giacomo Pucchini’s Turnadot. From there, he eventually secured a lead role in Marriage of Figaro in 2000. Striving to make a name for himself, he later starred as Don Carlos in Don Carlos (2001), Don Otavvio in Don Giovanni (2003) and Radames in Aida (2003). Around that same time, he also played a major role in Manon Lescaut for the London-based Southgate Opera Company. At one point, he even toured Northern Italy as a solo artist.

In addition to everything that has already been mentioned, the England-native has also participated in the making of a soundtrack for Queen Seondeok- a Korean drama in which he sang as two of the principal characters. Despite having amassed several years of experience under his belt however, it wasn’t until he won the popular talent show, Britain’s Got Talent in 2007 that he received widespread recognition as a tenor musician. Not only did his on stage performance of Nessun Dorma blow everyone away, but it also garnered him a standing ovation from over 2000 audience members- a stunning feat. Following a close sing-off with Connie Talbot, another audience favorite, Potts was announced as the winner after having received the greatest percentage of votes during the series finale. Aside from bringing home the champion title, he also received a cash prize of £100,000. Shortly afterward, he performed in the presence of Queen Elizabeth II on the variety show, Royal Variety Performance.

After signing with Columbia Records, Potts released his debut studio album entitled, One Chance in the summer of 2007. A smash hit, it practically flew off the shelves as soon as it was released, putting it at number one on several music charts worldwide; the album has since gone Platinum two times in his native United Kingdom, having sold over 680,000 copies. Two years after his initial release, the tenor came out with his second full length album, Passione. Although it didn’t rival the success of his earlier work, it still peaked within the top ten in a number of countries. Since then, Potts has released three additional albums- Cinema Paradiso (2010), One Chance: The Incredible True Story of Paul Potts (2013), and Home (2014).

So what has the winner of the first season of Britain’s Got Talent been up to recently? Will he be putting forth any new material this year? What projects have been keeping him busy? What happened to Paul Potts? Where is he now in 2018? 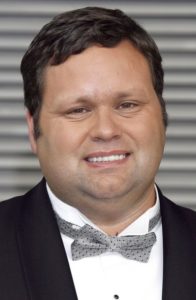 Born on October 13, 1970 in South Gloucestershire, England, Paul Robert Potts is the son of Roland Potts and Yvonne Higgins, a bus driver, and a supermarket employee; he has three siblings- a sister and two brothers. Raised in the Bristol neighborhood of Fishponds, he went to St. Mary Redcliffe and Temple School locaed in the Redcliffe district as a young teen- it was during that time that he first discovered his love for music and singing. During his youth, Potts participated in a number of choruses; not only was he a member of the school choir, but he also sang with various church choirs in Bristol, including the famed Christ Church.

Often bullied at school, singing always offered him solace- even in the toughest times. After graduating from high school in the late 1980’s, Potts picked up a number of jobs to support himself financially including working at Tesco and Waitrose; at one point, he also worked at the retail department store, Debenhams. Later deciding to pursue a college degree, he went to the University of St Mark & St John in Plymouth, England, from which he later attained a Bachelor of Arts Degree in Humanities. At the age of twenty six, Potts was elected as a Liberal Democrat Councillor- making him the youngest member of the City Council; he ultimately served for seven years until 2003. 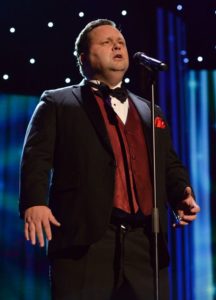 At the age of twenty nine, Potts sang opera on stage for the first time in a production of Giacomo Puccini’s Turandot, where he played the minor roles of Herald and the Prince of Persia. Eventually landing himself a greater role, he played as Don Basilio in the opera buffa, The Marriage of Figaro in 2000. From there, the tenor subsequently starred as Don Carlos in Don Carlos (2001), Radames in Aida (2003), and Don Ottavio in Don Giovanni (2003). In the summer of 2003, Potts also performed as Chevalier de Grieux in Manon Lescaut with the London-based Southgate Opera Company.

Around that same time, he also performed with a small ensemble from the Royal Philharmonic in front of over 15,000 audience members; not only that, but he also toured Italy as a solo musician at one point. As if that wasn’t enough, Potts even worked on a soundtrack for Queen Seondeok, a Korean drama in which he sang for two lead characters. Shortly afterward, he had the opportunity with work with the world famous soprano, Hayley Westenra, in the duet Sei Con Me which was later featured in her studio album, Passione.

Paul Potts on Britain’s Got Talent 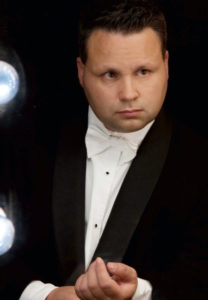 While working as a car salesman at The Carphone Warhouse, Potts auditioned for the new talent competition series, Britain’s Got Talent– the brainchild of television producer, Simon Cowell. For his audition, which was broadcast on the ITV Networok on June 9, 2007, the opera singer performed a condensed rendition of Pucchini’s Nessun dorma. Met with critical applause as well as a standing ovation, he ultimately earned nods from the entire judges panel- including Simon Cowell himself. A video clip of his audition which was later uploaded onto Youtube has since been viewed over 149 million times- effectively making it one of the most-watched videos on the website.

Proving himself to be a worthy contender of the show, Potts eventually made it to the semi-finals, which aired on June 14, 2007. That week, Potts sang a condensed version of Time to Say Goodbye by Andrea Bocelli, which was warmly received by judges and audience members. After receiving the highest public vote, he buzzed through to the finals. During the final episode which aired on June 17, 2007, the tenor once again performed Nessun Dorma; proving to be an effective choice, it ultimately earned him the highest percentage of the public votes, making him the winner of the whole series. With his win, he was awarded a cash prize of £100,000, as well as the opportunity to perform in front of the Queen at the Royal Variety Performance, where he later performed Nella Fantasia by Sarah Brightman. 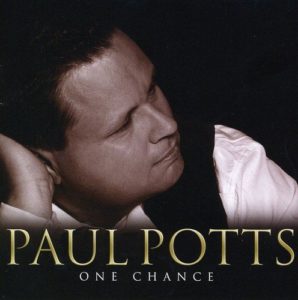 A powerful debut, One Chance debuted at number one on the UK Charts, where it remained for several weeks until mid August. Just a week after it was released, it was certified Gold in the UK for having sold over 130,000 copies; since then, over 3.5 million units have been sold within the United Kingdom, making it Potts’ first multi-platinum album in his native country. While less of a hit in the United States, it still managed to peak at a respectable number twenty three on the US Billboard Top 200. Met with mostly positive reviews, it went on to spawn the single, Nessun Dorma.

Two years later, Potts came out with his second full length album, Passione on June 1, 2009 in the UK. His second record with Columbia Records, its production was handled by Andreas Romdhane and Josef Larossi. Recorded in Stockholm and Prague within a year, it came with ten classical tracks including E Lucevan Le Stelle, Bellamore, Tristesse, Il Canto, Senza Luce (A Whiter Shade of Pale), and Un Giorno Per Noi (A Time For Us).

Although not as successful as his earlier effort per se, it debuted on the UK Albums Chart at number five, where it also peaked. Outside of the United Kingdom, it also entered the New Zealand Charts at number one, and the Canadian Charts at number ten. Despite not selling as many copies as his preceding album, Passione garnered mostly favorable reviews from critics; for instance Headlines Magazine awarded the album a score of 8/10.

On October 19, 2010, Potts came out with his third studio album, Cinema Paradiso. Approximately forty two minutes in length, the album contained eleven classical pop/rock tracks including Moon River, Parla Piu Piano, Forbidden Colours, Dove Non So (Somewhere My Love), What a Wonderful World, and Maria. While the album did not end up reaching the charts in his native UK, it did manage to reach those in Austria, Canada, Germany, Sweden, and Denmark. Critical reception wise, it received mostly mixed reviews- some of which noted the repetitive instrumentation in the tracks.

Following the release of One Chance– an Original Motion Picture Soundtrack in the fall of 2013, Potts next album entitled, Home hit stores on October 2014. Distributed via Sony Music, its track list featured the titles The Best of Me, Non Ti Scordar Di Me, L’ora Dell Addio, Something, and Quando Balliam’ (When We Dance), among others. Home eventually ended up charting at number thirty six on both the Australia and New Zealand Charts.

While the British vocalist hasn’t released any new albums since then, he has been busy performing at a number of venues this past year. Last summer, Potts participated in the Winter Dreams Tour, alongside Anna Maria Kaufmann and the singing trucker, which saw him travelling to various venues in Germany. Prior to that, he also performed at the Pendyrus Community Gala Concert, an annual event which takes place in the valley every year.

In other interesting news, Potts had a recent scare last spring after being chased by two policemen- as he later explained on Good Morning Britain, he panicked as he thought that he was going to be arrested. Unbeknownst to him at the time, the two officers had only wanted a selfie with the former Britain’s Got Talent winner.

If you’d like to stay up to date and connected with the British tenor, you can do so by following him on social media – you can find Paul Potts on Twitter at @paulpottsmusic. Alternatively, you can also follow him on his official Facebook page at @paulpottsmusic.