What Happened to Larisa Oleynik – Now in 2018 Update 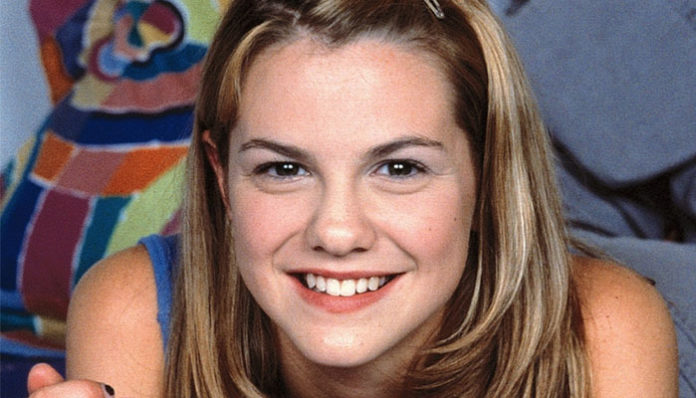 Raised in the San Francisco area, Larisa Oleynik is most well known for playing the title character in the children’s series, The Secret World of Alex Mack. The daughter of two medical professionals, she first developed an interest in acting after seeing an audition advertisement at the age of eight. Jumping at the opportunity, her natural talents eventually landed her a couple of roles in a production of Les Miserables. Wanting to improve her skills on stage, Oleynik subsequently enrolled herself in acting lessons following the musical. Securing a talent agent not long afterward, the young aspiring actress went on to make her small screen debut in an episode of the western family drama, Dr. Quinn, Medicine Woman in 1993. Later that same year, she appeared in the made-for-television film, River of Rage: The Taking of Maggie Keene (1993). From there, Oleynik’s career began to soar after she was cast as the lead protagonist in the Nickelodeon children’s series, The Secret World of Alex Mack (1994).

Playing the title role of Alexandra Mack, Oleynik successfully made a name for herself as a young star in the industry. The first breakthrough of her career, it late earned her four Young Artist Award nominations (e.g. Best Performance in a TV Drama Series) and a Young Star Award nomination (e.g. Best Performance by a Young Actress in a Comedy). While starring in the series, she also made her feature film debut in the comedy flick, The Baby Sitters Club (1995), where she played alongside Rachael Leigh Cook, Bre Blair, and Schuyler Fisk. The following year, she also made a cameo in an episode of the comedy drama, The Adventures of Pete & Pete (1996), after which she played a recurring character in the popular teen drama, Boy Meets World (1996). Around that time, she also appeared in the romance comedy, 10 Things I Hate About You (1999), and in the romance comedy, 100 Girls (2000).

At the age of seventeen, Oleynik received another big break when she was cast as Alissa Strudwick in the sci-fi comedy, 3rd Rock from the Sun (1998). Her second lead role on television, it earned her another Young Artist Award nomination and a Young Star Award nomination in 1999. Gradually focusing her attention more toward film after the new millennium, she went on to star in An American Rhapsody (2001), A Time for Dancing (2002), Bringing Rain (2003), Malcolm in the Middle (2005), Pope Dreams (2006). Several movie roles later, she made her voice-acting debut in the animated series, Winx Club: Enchantix (2011), in which she played one of the lead characters. Some of her more recent roles include Jenna Kaye in Hawaii Five-0 (2011), and Cynthia Cosgrove in Mad Men (2010).

What has the actress been up to since then? What new projects does she have up her sleeve? What new characters will she be playing this upcoming year? What happened to Larisa Oleynik? Where is she now in 2018? 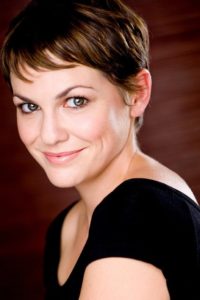 Born on June 7, 1981 in Santa Clara County, California, Larisa Romanovna Oleynik is the daughter of Roman Oleynik, and Lorraine Allen, an anesthesiologist and a former nurse; she is of Slovak and Ukrainian descent. Raised in a Christian household in the San Francisco Bay area, she went to the college preparatory Pinewood School in Los Altos during her youth. At the age of eight, the blonde first became interested in the idea of acting after seeing an audition advertisement in a local newspaper. Jumping at the opportunity to act on stage, her natural talents eventually landed her two singing roles in a production of Les Miserables later that same year. Wanting to improve her craft, she soon began taking acting lessons after starring in the musical.

After attending classes for several years, the aspiring actress made her official acting debut in an episode of the television series, Dr. Quinn, Medicine Woman (1993). Following that, she appeared in the TV film, River of Rage: The Taking of Maggie Keene (1993), where she had the opportunity to act alongside Sean Murray, Victoria Principal and Peter Onorati. In 1994, just a year after appearing in front of the cameras, the young Oleynik received a huge breakthrough when she was selected amongst hundreds of candidates to star in the Nickelodeon children’s series, The Secret World of Alex Mack (1994). The role responsible for launching her career, it remains to be one of her most well remembered portrayals even to this dayーover two decades later. 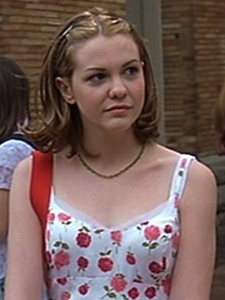 Created by Ken Lipman and Thomas W. Lynch, The Secret World of Alex Mack followed the life of Alexandra “Alex” Louise Mackーan ordinary teenager who after being drenched with a top-secret chemical on her way to school one day, finds herself capable of strange powers such as telekinesis, levitation and the ability to dissolve into a puddle of water. Keeping her powers a secret for fear of landing in trouble with the CEO of the chemical plant, she only confides in her sister and best friend. Playing the title character, Alex was portrayed by none other than Larisa Oleynik. The other main characters in the show were played by Darris Love, Meredith Bishop, Dorian Lopinto, and Michael Blakley.

Filmed on location in Valencia, California, The Secret World of Alex Mack premiered on the small screen on October 8, 1994. Based on a series of novels geared toward young readers, the series proved to be fairly popular among teen viewers upon its release on television. Met with mostly favourite reviews, it went on to win a Young Artist Award for “Best Performance by a Young Ensemble on TV” in 1996. Of course, for her stellar performance in the series, Oleynikーwho was a relatively unknown child actress priorーalso garnered two Young Artist Awards nominations and a Young Star Award nomination. Altogether, The Secret World of Alex Mack ran for four years, from the fall of 1994 to 1998; by the time it ended on January 15, 1998, the show had run for four seasons, which spanned 78 episodes. Noted for being the young actress’ breakthrough role, it effectively kick started her career in the 90’s. 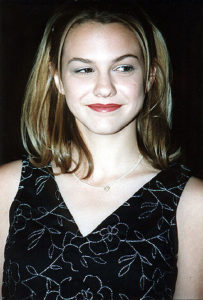 A year after the Nickelodeon series came to an end, the actress co-starred in the romantic comedy film, 10 Things I Hate About You (1999). Directed by Gil Junger, the modernization of William Shakespeare’s The Taming of the Shrew, centred around a teenager who after falling for a girl named Bianca, attempts to get around her parents’ strict rules on dating by getting a “bad boy” to date her older sister. While actor Joseph Gordon-Levitt played the part of Cameron James, the male teen in question, Oleynik played as his crush, Bianca Stratfordーa superficial yet popular teen among her peers. Other members of the main cast include Julia Stiles, Heath Ledger, Larry Miller, and David Krumholtz.

Written by Kirsten Smith and Karen McCullah Lutz, 10 Things I Hate About You opened in theatres on March 31, 1999. During its opening weekend, the film took in over $8.3 million across 2200 locations across the US and Canada, placing it at second place at the box office. A moderate financial success, the romantic comedy eventually went on to gross a worldwide total of $53.5 million against a production budget of $16 million. Lauded for her portrayal of Bianca, Oleynik’s performance earned her a Young Star Award nomination for “Best Performance by a Young Actress in a Comedy Film” in 1999. The movie itself was also warmly received by critics, many of whom praised it for being “perfectly executed”. Since it first premiered in the spring of 1999, 10 Things I Hate About You has been listed as number one on Entertainment Weekly’s list of “Best High School Movies”.

In terms of television, the actress also played a recurring role in the sitcom, 3rd Rock from the Sun in 1998. Created by Terry and Bonnie Turner, it depicted the story of four extraterrestrials who pose as a normal human family to observe the life on Earth, a planet which they originally deemed as being very insignificant. The main characters of the show were played by John Lithgow, Kirsten Johnston, French Stewart, Joseph Gordon-Levitt, and Jane Curtin. One of the show’s many supporting characters, Oleynik portrayed the part of Alissa Strudwickーa young girl who later becomes the love interest of one of the main leads during the later seasons. First introduced in the eighth episode of the fourth season entitled, Indecent Dick, she appears on-and-off over the next few seasons; she makes her last appearance in the second episode of the sixth season.

Originally premiered on January 9, 1996, 3rd Rock from the Sun proved to be a huge success for the network, having netted five Emmy Awards during its second season alone. One of the most popular sitcoms of the late 90’s and early 2000’s, it ultimately continued for six years, having aired well over a hundred episodes. Despite having only played a supporting role, Oleynik’s stellar performance in the series did not go unnoticed; in 1999, she was nominated for a Young Star Award for “Best Performance by a Young Actress” and a Young Artist Award for “Best Performance in a TV Comedy – Supporting Young Actress”. 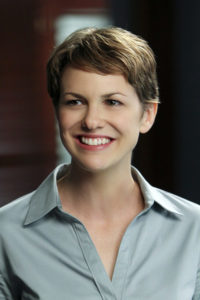 If you’re wondering what the actress has been up to these past few months, she’s been busy filming for an upcoming horror thriller film called, Animal Among Us (2017). Directed by John Woodruff, the movie will star Oleynick as the lead character, Anita Bishop. According to IMDb, the plot will revolve around a mysterious murder that took place fifteen years prior to the events of the movie. Joining her as members of the main cast are Erin Daniels, Heather Tom, Christian Oliver, and Christine Donlon.

On top of that, she’ll also be making an appearance in the soon-to-be-released comedy flick, Accommodations (2017), that will follow the lives of an affluent New York couple. One of the supporting characters, she will be playing a character by the name of Natalie.

If you’d like to stay up to date and connected with the 35-year-old actress, you can do so by following her on social mediaーyou can find her on Twitter at @loleynik.