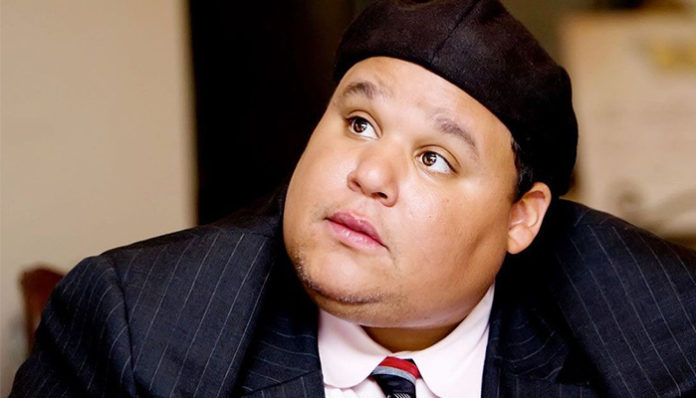 American pop opera singer Neal Evans Boyd came to the country’s attention after winning the third season of NBC’s talent competition, America’s Got Talent in 2008. Born and raised in Missouri, he fell for opera music after listening to a record by the Three Tenor as a young teen. Inspired by the trio, he soon delved into the art himself, mimicking the operatic styles of famed tenors, Placido Domingo and Luciano Pavarotti. Continuing to explore his voice, Boyd eventually joined the school choir and involved himself in a number of stage productions.

Blessed with strong vocals, he continued to sing while attending college in the late 90’s; he later earned a music degree from Missouri University. Taking his hobby to the next level, Boyd even participated in various singing competitions- at the age of twenty five, he won the Music Teachers National Association Vocal Championship. From there, the aspiring singer made his solo debut at the Carnegie Hall in New York city in the spring of 2001.

From 2001 to 2002, Boyd taught music in his hometown of Sikeston, Missouri, after which he studied opera at Boston’s New England Conservatory of Music. Soon afterward, he landed a spot in Michael Ching’s opera production, Corps of Discovery A Musical Journey. Despite his ever-growing love for music, Boyd soon shifted his attention toward the real world- which called for practicality. With that in mind, he set off to become an agent at a successful insurance company. It wasn’t until late 2008, that an opportunity presented itself- one that allowed him to return to opera music. That summer, Boyd auditioned for the popular NBC reality series, America’s Got Talent– a show that offered aspiring performers a chance to win a cash prize of $1 million, among other perks. For his audition, the tenor performed a powerful rendition of Puccini’s Nessun Dorma, which ultimately earned him a coveted spot on the competition.

Quickly an audience favourite, Boyd’s vocal talents allowed him to soar through the initial rounds of the competition. Before long, he found himself standing alongside a handful of fellow competitors at the finals. An emotional performance of Nessun Dorma later, it was announced that Boyd was the winner of the tenth season in October 2008; he had defeated singer Eli Mattson, and violinists Nuttin’ But Stringz, whom ended up snatching second and third place respectively. As the champion of the competition, he was subsequently awarded the $1,000,000 prize and the opportunity to headline a Las Vegas show. A year after his win on national television, Boyd signed with Decca Records and released his debut album, My American Dream (2009).

What has the tenor singing been up to since then? Is he still in the music business after all these years? Can we expect to see anything from the opera singer this year? What projects have been keeping him busy lately? What happened to Neal E. Boyd? Where is he now in 2018? 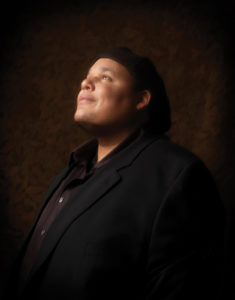 Born on November 18, 1975 in Sikeston, Missouri, Neal Evans Boyd is the son of a caucasian mother and an African-American father. Growing up, both him and his two brothers were raised single handedly by their mother, as their father had long left the picture. Despite the fact that money was often tight, which led to difficult times during his childhood, Boyd had one thing going for him- his love for music. When he was in junior high school, he accidentally stumbled upon opera music after his older brother brought him a record by the Three Tenors. Enthralled by their tunes, he eventually decided to try his hand at the art, mimicking the styles of artists such as Placid Domingo and Luciano Pavarotti.

Blessed with a powerful, expressive voice, Boyd eventually joined the school choir and took part in various stage productions. Following his graduation from Sikeston High School in the summer of 1994, he went to Cape Girardeau’s Southeast Missouri State University where he studied speech communications; never having given up his passion for opera, he continued to sing throughout his college years. Eventually, Boyd also obtained a Bachlor’s of arts degree in music from the University of Missouri in Columbia. Not only did the Missouri-native continue to hone his craft throughout the year, but he also took part in a number of local singing competitions. For instance, at the age of twenty five, he participated in the Music Teachers National Association Vocal Championship, where he ultimately emerged as the winner. Following his win, he made his solo debut at the famed Carnegie Hall- a concert venue located in New York City, in March of 2001. 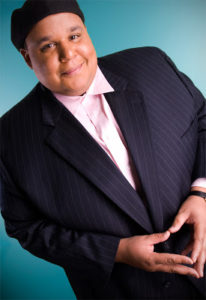 Compelled to keep a day job, Boyd began working as an agent for a successful insurance company in the mid 2000’s. Having said that, the sitting-at-the-desk lifestyle soon ended when he decided to audition for the third season of the NBC reality talent competition, America’s Got Talent.

For his audition, which was telecasted on June 17, 2008, Boyd sang a rendition of Nessun Dorma from the well known opera, Turnadot. A splendid showcase of his powerful vocals, it earned him a “Yes” from all three of the show’s judges, David Hasselhoff, Piers Morgan, and Sharon Osbourne. Just like that, the tenor was sent to the subsequent Las Vegas Callback Round.

In total, over 100 acts were advanced to the next round. Over the next week however, the list was trimmed down to sixty following several eliminations. One of the many Music Acts in the Vegas stage, Boyd found himself grouped with other opera singers. On the show’s eighth episode, he performed an Italian version of Unchained Melody by Todd Duncan, which earned him unanimous approval from the three judges. His performance was so impressive, that it earned him a spot on the Top 60 shortlist. From there, he was eventually sent to the Top 40 Quarterfinals, which was broadcasted on August 7, 2008.

For the Top 40, the acts were spread out over four weeks. Highlighted in the fourteenth episode of the season, Boyd sang the song Somewhere by Leonard Bernstein- a performance that ultimately earned him enough votes to be advanced to the semifinals. Of the forty acts that participated, only half proceeded to the next round; some of the other contestants that moved on include Jessica Price, the James Gang, Queen Emily, The Wright Kids, Sarah Lenore, among several others.

One of the twenty acts to have made it to the Semifinals, Boyd chose to sing Mama by Il Divo during part one of the performance, which was aired on September 9, 2008. Another applause-worthy display of talent, it ultimately earned him enough votes to be sent to the next round of the competition. The five acts that were eliminated during this round include Daniel Jens, ZOOperstars!, Jessica Price, Sickstep, and the Taubl Family. 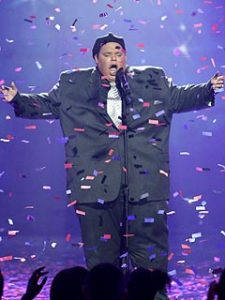 Successfully advancing to the first round of Finals, Boyd was one of ten acts competing for a spot in the Top 5. Stepping to the stage, the tenor performed a rendition of All By Myself by Eric Carmen. Once again proving to have impressed the judges, he received the votes necessary to be sent to the Final 5. By the end of the first Finals results episode, five acts had been eliminated- The Wright Kids, Joseph Hall, Kaitlyn Maher, Jessica Price, and Paul Salos.

Having proved himself to be a worthy contender, Boyd then went on to perform Nessun Dorma from the opera Turnadot- the same song that earned him a spot in the competition during the auditions. In the subsequent season finale that aired on October 1, 2008, Boyd was announced as the winner in front of his fellow finalists Eli Mattson, Donald Braswell, Queen Emily, and Nuttin’ But Strings. As the champion of the talent competition, he was awarded a prize of $1 million and the chance to headline a concert show in Las Vegas; at the time, Boyd was the first opera singer to win the show. 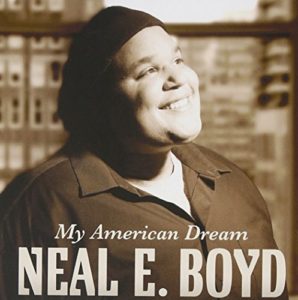 Shortly after his win, Boyd signed a recording contract with Decca Records and began working on his music debut. On June 23, 2009, a little less than a year later, he came out with his first full length studio album, My American Dream. A classical pop album, its production was handled by Simon Franklin. Approximately 38 minutes in running length, the disc contained eleven tracks; some of the songs included on the album Is Nothing Sacred, Bring Him Home, Somewhere, Amazing Grace, Ave Maria, God Bless the USA, and Nessun Dorma.

Upon its release, My American Dream entered the Billboard Top 200 at number 195, selling over 6,000 copies within the initial week. Later on, the album also managed to reach number three on the Top Classical Albums, number ten on the Top Heatseekers, and number twenty nine on the Year End Classical Albums Chart. Critical reception-wise, it received mostly mixed to positive reviews from critics; for instance, Allmusic awarded it a three and a half star rating while Entertainment Weekly gave it a Mixed review. My American Dream also spawned a single, God Bless the USA, which was made available a few weeks before the album.

Since then, Boyd has performed several times on stage- including for the former US President Barack Obama during his visit to Missouri. To date, the tenor has also sung for George W. Bush, Bill Clinton, and George H. W. Bush. In addition, he has also appeared in a number of prominent statewide events including at the inauguration of Matt Blunt, the Missouri Governor and for the memorial service for Mel Carnahan, a former Missouri Governor who died in a plane crash. Because of this, many local officials have gave him the moniker, “The Voice of Missouri”.

Having always been one for politics, Boyd announced in the fall of 2013 that he would run to be elected for the Missouri House of Representatives (it would be his second time running for the position); unfortunately, he was ultimately defeated by Don One, a Republican primary.

This past January, it was reported that the America’s Got Talent opera singer was in serious condition after getting into a car accident in his home state of Missouri. According to the crash report released by Highway Patrol, the driver along with his mother, had run off the right hand side of the highway, causing them to strike a tree, go airborne, and strike another tree.

Both in critical condition at the scene, they were airlifted to St. Francis Medical Center. Allegedly, Neal’s mother had been wearing a seat belt while Neal was not. If his recent activity on Twitter is any indication however, we’d say that he’s managed to recover decently in the past three months- what a relief!

If you’d like to stay in touch with the former America’s Got Talent winner, you can do so by following him on social media- you can find Neal E. Boyd on Twitter at @nealeboyd.