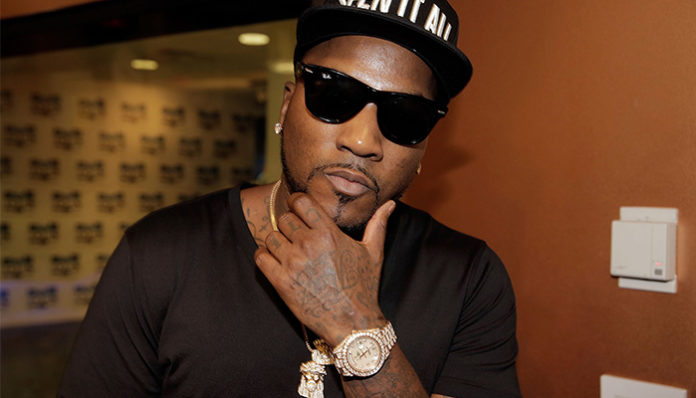 Jay Wayne Jenkins, better known as Young Jeezy or Jeezy has been credited with helping to pioneer trap music in the early 2000’s. Prior to his rise to fame however, he often found himself colliding with the law- at one point, he was even selling stolen goods and drugs. Ultimately, it wasn’t until after he spent nine months at a Fort Stewart boot camp that he managed to turn his life around as a recording artist. However little did he know at the time that he would one day his rapping talents would render him into a multimillionaire. Throughout his career, he has sold millions of records worldwide, many of which have proved to be chart toppers. Let’s take a look at how Young Jeezy has managed to accumulate his wealth over the years.

How did Young Jeezy Make His Money and Wealth? 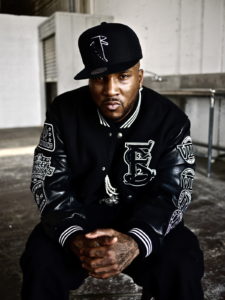 Born on September 28, 1977 in Columbia, South Carolina, Young Jeezy spent most of his youth in Atlanta, Georgia. Due to his parents’ divorce, he was frequently passed between family members, which led his childhood to be far from idyllic. At the age of seventeen, he was sentenced to spend nine months at a boot camp after being arrested for narcotics possession. Despite his rough start to life however, the Columbia-born adolescent soon began to focus his energy on something much more productive- hip hop music.

Putting himself out there into the music scene, he dropped his debut album entitled, Thuggin’ Under the Influence in 2011 under the moniker, Lil J. Although not an instant smash hit by any means, it eventually led to the release of a second album, Come Shop Wit Me (2003), which would ultimately capture the attention of Sean Comb of  Bad Boy Records. Offering the aspiring artist a recording contract, he later released his major label debut, Let’s Get It Thug Motivation 101 in the summer of 2005. A turning point for Young Jeezy, the album was a huge success; not only did it reach number two on the Billboard Top 200 but it also peaked at number one on both the US Rap Albums and Top R&B/Hip Hop Albums Charts. A financial hit, it quickly sold over 1,000,000 copies across the United States, which undoubtedly helped with his initial wealth.

Following his breakthrough, he released a second full length album entitled, The Inspiration in December of 2006. Even more successful than his first, it reached number one on all three US charts- which was a great indicator of Young Jeezy’s rising popularity. Much like his initial effort, it has since also sold more than 1,000,000 domestically, a fact that only helped to further boost his growing net worth. From there, he came out with a third studio album in the September of 2008. Another major chart topper, over 500,000 copies have since flew off store shelves. After taking a four year long break, Young Jeezy returned with a big bang with his fourth album entitled, TM: 103 Hustlerz Ambition. His second RIAA Gold-certified record, it ultimately served to boost his fame and notoriety further.

Determined to make his name known in the industry, Young Jeezy even established his own recording label, Corporate Thugs Entertainment (CTE World) in 2001, with the help of a childhood friend (his independent albums were released under this label). Over the years, the company has signed a number of artists including Freddie Gibbs, Blood Raw, Tone Trump, Rocket and Scrilla. Currently, their roster consists of Slick Pulla, Don Trip, Boo Rossini, Wink Loc, Boston George, YG, and Young Jeezy himself. While not a world-famous label, the company unquestionably earns him an additional flow of income.

On the topic of his music works, Young Jeezy has also embarked on a number of concert tours throughout his successful career. Considering the fact that tours tend to be quite profitable for the artists, it goes without saying that he has earned a sizeable amount from performing on stage over the years. Although it’s hard to pinpoint how many tours exactly he’s gone on since the beginning of his career, it’s probably fair to assume that the amount is in the dozens. It’s not uncommon for artists to earn hundreds of thousands per performance; if you multiply that by the number of shows he has given, we’d be willing to bet its a sizeable amount.

A four-time Grammy Award nominee, his trap music has been featured in a number of TV series including Entourage (2005), Bones (2005), Saturday Night Live (2008), Power (2014), and The Bling Ring (2016), to name a few. Of course, Young Jeezy would have received a hefty sum as compensation for others to use his beats on television. Speaking of the screen, he has also delved briefly into acting on the side, although it’s not his main focus. In 2009, he made his motion picture debut in the music comedy film, The Janky Promoters in which he appeared as himself. His next movie appearance came in 2015 when he starred in the music film short, T.I. G’ Shit: Extended Version (2015).

This past winter, Young Jeezy reportedly proposed to his longtime girlfriend of many years, Mahi (who is also the mother of his two year old daughter). From what we can gather, he popped the question during a private dinner between the two during this past December. A romantic and generous man, he not only gave her a fancy ring, but also presented her with a brand new Range Rover Sport. No wedding date has been announced as of yet although there have been rumours floating around about the engagement being for a year.

Prior to this, he has also had a few serious relationships in the past. While still in his mid-teens in the early 90’s, he started dating Tynesha Dyke; during that time, the couple had two children- a son named Shyheim and a son named Ladarius. Despite that however, the two were never married. As the kids’ biological father, Young Jeezy was told to pay $20,000 a month in child support back in the early 2000’s.

From there, it wasn’t until 2005 that the artist started a second relationship. At the age of twenty eight, he began dating Keyshia Cole. After many months of being together, Cole bought a ring and proposed to Young Jeezy; unfortunately, he turned her down. Ultimately, they separated shortly afterward.

More recently in 2011, Young Jeezy has been romantically involved with Jasmine Sanders. We’re not sure what happened between the two but the former couple have seemingly broken up since.

Does Young Jeezy Have Any Children?

As mentioned previously, Young Jeezy has two sons with her first ex, one named Ladarius and another named Shyheim. According to reports, the former couple has joint custody of the two children together.

With his current fiancee, Mahi, he also has a daughter (b. 2014) named Amra Nor Jenkins. Young Jeezy recently stated that he has invested in a restaurant with her in mind.

Where Did Young Jeezy Go to College?

Like several successful artists, Young Jeezy did not go to college. Instead, he worked a number of odd jobs prior to his rise to fame in the late 90’s. At one point, he even worked for his uncle’s construction company which earned him approximately $200. Unfortunately, he eventually also got involved with hustling- something that would ultimately collide him with the law. 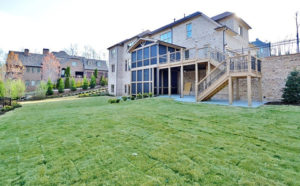 Last summer, it was confirmed that the celebrity rapper had bought a new home in the center of downtown Atlanta. According to reports, the $685,750 house not only boasted 4.5 bathrooms and 3 bedrooms but it also came with two fireplaces and even an elevator.

In addition to his downtown pad, Young Jeezy also bought a $1.5 million mansion outside of the city in 2015. Sitting on 1.2 acres, the gigantic country home takes up 9,000 square feet worth of real estate and features seven bathrooms and six bedrooms. It is even fitted with 600 pound cast iron front doors for extra security!

Why is He Called Young Jeezy?

Originally rapping under the moniker Lil J, he eventually adopted his current stage name of Young Jeezy in 2003. For rap musicians, it’s not uncommon for them to include the word “Young” into their nick names (e.g. Young Gangsta, Young ASE, etc).

How much did Young Jeezy Earn Last Year?

According to various reports, Young Jeezy earned an estimate amount of $6 million in 2016.

A philanthropist at heart, Young Jeezy has donated thousands of dollars to various charities throughout his career. For instance in 2006, he participated in the one-week long Toyz n da Hood toy drive, which helped to gather toys for less fortunate children in the Atlanta and Macon region. Altogether, over 1000 different items were given away at the event which took place in Atlanta’s Old Fourth Ward Community and Macon’s Unionville neighbourhood.

During Hurricane Katrina, the hip hop artist also helped to provide a roof over the victims’ heads by welcoming them into his home.

Considering the fact that Young Jeezy started off his early adulthood on the streets, selling stolen goods and eventually drugs, the biggest life changing event for him was probably when he was sent to the Fort Stewart boot camp- it was ultimately after his experience there, that he was able to bring his life around by focusing his energy on something more positive aka hip hop music.

Although he didn’t have much education under his belt at the time, he still managed to successfully bring himself out of the street life, walking toward a career in the music industry instead. Before long, he had turned himself into a positive voice within the young black community.