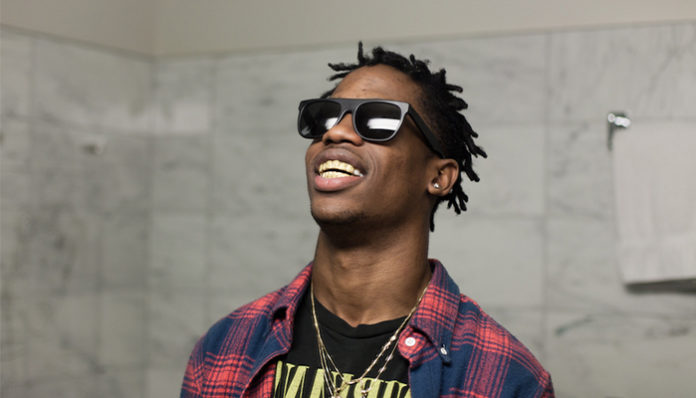 American rapper Jacques Webster, better known as Travis Scott, rose to fame with the release of his debut mixtape, Owl Pharaoh in the summer of 2013. Born into a middle class family, he spent most of his early childhood in a suburban area in Houston w its his grandmother. Having always gravitated toward music- more specifically toward hip hop, he started to produce beats at the tender age of sixteen as a record producer. Shortly afterward, he formed a duo with his close friend, Chris Holloway with whom he eventually released his first EP with in 2009. How did Travis Scott end up becoming a multi-millionaire from such humble beginnings? Let’s find out.

How did Travis Scott Make His Money and Wealth? 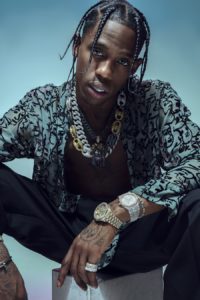 Born on April 30, 1992 in Houston, Texas, Travis Scott spent the first six years of his life in Missouri City with his grandmother, prior to moving to the suburbs with his parents at the age of seven. Having always had an ear for hip hop music, he eventually decided to pursue a music career in his mid-teens. By the time he was sixteen, he had started to produce various hip hop beats as a record producer. Not long afterward, he teamed up with his long-time friend Chris Holloway to form the R&B duo, The Graduates. Together, they dropped their self-titled EP, The Graduates in 2008.

Eventually expanding their group, they recruited the help of OG Chess to form a new crew called The Classmates. Putting his talents as a music producer to work, Scott and the band eventually came out with three EPS, B.A.P.E. (2009), Buddy Rich (2009), and The Classmates (2010). Due to various personal conflicts within the group however, they ultimately disbanded in late 2011.

Determined to make it big as a recording artist, Scott later dropped his solo debut mixtape, Owl Pharaoh in May of 2013. Although it was delayed several times, it was ultimately met with glowing reviews upon its release. Praised for being a cohesive debut, it eventually earned the up-and-coming artist a BET Hip Hop Award for the category of “Best Mixtape”. The first sign of his incredible rapping potential, Owl Pharaoh ultimately marked the start of his successful career.

A year later, he came out with his second mixtape, Days Before Rodeo in August of 2014. Featuring a twelve-song track list, it was yet another brilliant display of Scott’s talents as a recording artist. A solid followup to his earlier debut, it received outstanding reviews from a number of contemporary critics shortly after its release. The success of the mixtape would eventually lead him to forge a recording contract with Epic Records later that year.

Finally, his hard work paid off. In September of 2015, Travis Scott released his major debut, Rodeo under the Epic label. Featuring the applause-worthy production of the artist himself, it entered the US Billboard Top 200 at number three- a relatively high position for a debut album. Before long, it had sold over 85,000 units in the United States. Additionally, it also peaked at the top of the Top Rap Albums Chart and at number ten on the Top Tastemaker Albums Chart- both of which were indicators of its commercial success. In just three months, Rodeo had successfully sold over 110,000 copies domestically; by October of 2016, his debut effort had sold over 500,000 copies, making it his first Gold certified album. A turning point for his career, the popularity of the album ultimately contributed to his initial wealth.

Following his big break, the Texas rapper released his second full length album, Birds in the Trap Sing McKnight in September of 2016. Succeeding the success of his initial effort, it quickly climbed to the top of the US Billboard Top 200, the Top R&B and Hip Hop Albums Chart, and the Top Rap Albums Chart. Met with high praise, it has since sold over 519,000 copies domestically. Not only did the album boost his already soaring popularity in the US, but it also brought him to the international spotlight as it also charted in Canada, France, UK, Switzerland and New Zealand. His second RIAA Gold Certified album in a row, its sales undoubtedly played a large part in the rising of his net worth.

Aside from the success of his major music releases, Scott has also earned a sizeable amount from performing at various concert shows. For instance, he headlined The Rodeo Tour alongside fellow rapper Young Thug in the spring of 2015, which brought him to a number of cities such as Los Angeles, Chicago, New York City, and Philadelphia, to name a few. In fact, the concert was so popular, that its tickets were quickly sold out. To make it up to fans, a second series of shows were subsequently added. Although it’s unknown how much exactly The Rodeo Tour earned the artist, it’s probably fair to assume that the amount is in the hundreds of thousands- multiply that by the amount of shows and there’s no wonder why Scott has since amassed millions in terms of net worth!

Speaking of which, Scott just recently announced that he will be embarking on a Birds Eye View Tour in June 2017, which will unquestionably earn him even more. Despite his young age, he has also collaborated with a number of big-name artists such as John Legend, Rick Ross, Diddy, Big Sean King Chip, Meek Mill, and Ty Dollar $ign.

In addition to his flourishing music career, Scott has also ventured toward a number of different projects. For example, he has been involved with the fashion industry for many years now; in fact, just this January it was announced that he would be collaborating with an Australian clothing brand called Helmut Lang. Speaking of other ventures, he has even helped to produce and compose a piece for the documentary short, La Flame in 2016.

A Grammy Award-nominee (among other accolades), the rapper’s beats have been featured in a handful of TV series over the years such as Saturday Night Live (2015), Glastonbury (2015), and The First Monday in May (2016), to name a few. In 2013, his song Upper Echelon was even used in the popular video game, Grand Theft Auto V!. What does this all mean? Well for one thing, Scott has for sure, received a fair share of compensation for their use in the different projects.

The twenty-four year old rapper is currently singer (from what we can gather anyway). Having said that, Scott was romantically involved with Rihanna back in 2015. According to reports, the two were often seen together at various public events- they were even spotted walking together during the New York Fashion Week. Shortly afterward however, it seemed that the couple had allegedly broken up as Rihanna was seen with Drake.

But the story doesn’t end there- according to various tabloids, Rihanna was later seen hanging around Scott late at night in New York City; she apparently even snuck him into her hotel room at one point. While some fans have speculated that the couple have reunited, it has never been confirmed by the pair. To this day, their relationship remains to be up in the air.

Does Travis Scott Have Any Children?

No, Travis Scott does not have any children- which is not too surprising as his previous relationships have been on and off in nature.

Where Did Travis Scott Go to College?

After dropping out of his college classes, Scott moved from his hometown of Houston, Texas to Washington to pursue opportunities as a music producer- with an emphasis on hip hop. 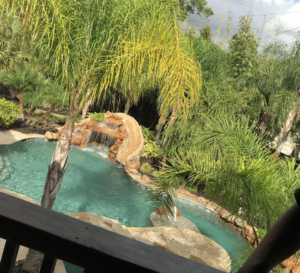 Last holiday season, Scott made the headlines after announcing on Instagram that he had bought a home for his family for Christmas. Located in his hometown of Houston, Texas, he later revealed that he actually had to hide the big purchase for two months while he worked on getting the inside finished up. If the glamorous jungle-style swimming pool complete with a waterfall (according to the image posted onto his social media account) is any indication, the home is absolutely fabulous.

Having said that, it is unknown how much exactly the rapper had purchased the home for. Considering its luxuriousness, it’s probably fair to say that it wasn’t cheap.

Why is He Called Travis Scott?

Interestingly enough, his stage name- Travis Scott (stylized as Travi$ Scott) is actually taken from two separate individuals. For one thing, he named himself “Travis” after his favourite uncle, an intelligent man who according to the rapper, was one of his biggest role models growing up. The second half of his moniker, “Scott” is taken from Kid Cudi, Scott Mescudi.

How much did Travis Scott Earn Last Year?

As far as the exact amount goes, it’s unclear how much exactly Scott drew in in 2016. Having said that, there’s no doubt that 2016 was a successful year for the rapper. For one thing, he achieved his first number one hit on the US Billboard Top 200 Chart with his hit album, Birds in the Trap Sing McKnight (2016).

Considering his success, it’s not surprising to know that the 24-year-old rapper has announced another set of tour dates for 2018. According to his official website, his tour will be kickstarted this April in Santa Barbara and will continue until June in Germany.

In terms of music releases, word is he also has a new studio album in the works entitled, AstroWorld, which is set to hit stores sometime this year.