Eileen Davidson Net Worth 2018 – How Wealthy is The Real Housewives Star? 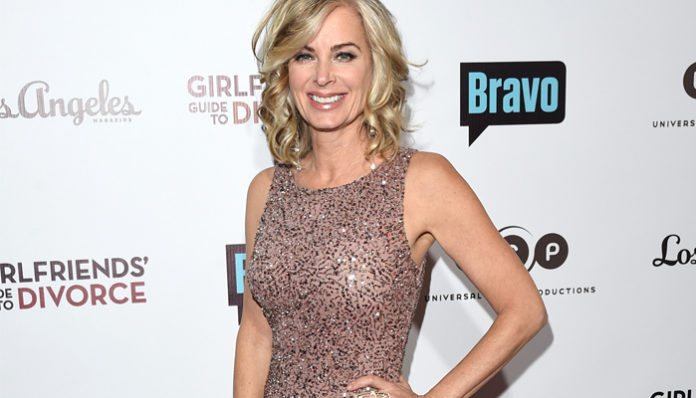 American actress Eileen Davidson has starred in several well known TV series such as The Young and the Restless and Days of Our Lives. Born into a large family, she started working as a model in her early twenties. It wasn’t until her roommate suggested for her to take up acting that she began honing her craft in the Staircase Theater. In 1982, she received a big break after landing a role in CBS soap opera, The Young and the Restless. Some of her other early works include The Phoenix (1982), Goin’ All the Way (1982), The House on Sorority Row (1983), and Sharing Richard (1988).

Since then, she has amassed over a dozen credits to her name, all of which have contributed to her increasing net worth. To date, her fortune stands in the millions.

Let’s take a closer look at the many sources of Davidson’s income.

How did Eileen Davidson Make Her Money and Wealth? 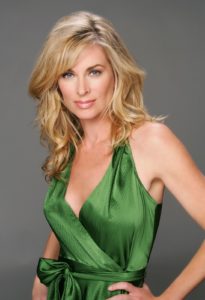 Born on June 15, 1959 in Artesia, California, Eileen Marie Davidson is the youngest out of six siblings. The daughter of a homemaker and a manufacturer of airplane parts, she started to work as a model in her late teens. Prior to appearing in various print work and commercials, she modeled for various companies in California and Mexico City.

It wasn’t until her roommate at the time suggested for her to take up acting that the blonde entertained the idea of becoming an actress. Deciding to go for it, she eventually underwent training at the Staircase Theater in Hamilton. Although breaking into the show business proved to be difficult, Davidson soon made her television debut in an episode of The Pheonixin 1982. Later that year, she also appeared on the big screen for the first time in the comedy film, Goin’ All the Way (1982).

In 1983, she played the female protagonist in Mark Rosman’s slasher film, The House on Sorority Row. Set in a sorority house, it starred Davidson as Vicki, one of the seven sisters featured in the movie. Despite being a relatively low budget title, having been produced on a budget of $425,000, it ended up recouping its costs during the opening weekend alone, with a gross of $617,000. By the end of its run, The House on Sorority Row had grossed $4.3 million. While it didn’t earn the blonde an impressive pay cut per se, it marked the beginning of her acting career.

The next year, Davidson’s career turned upward with the popular soap opera, The Young and the Restless (1984). Cast as one of the series regulars, she quickly rose to prominence throughout the 80’s. Incredibly popular and long-running, the show won numerous awards including nine Daytime Emmys for the category of Outstanding Drama Series. To date, it remains to be the highest-rated daytime drama in the United States. With its popularity in mind, it’s not surprising that it has yielded the actress a staggering amount during her time on the soap. One of her most well remembered portrayals on television, The Young and the Restless garnered her two Soap Opera Digest Awards in 1986 and 1988.

In 1991, the blonde joined the cast of NBC’s soap opera, Santa Barbara. Portraying another lead role, the series served to further cement her place in the acting industry. Met with high ratings, the show enjoyed considerable popularity worldwide. Altogether, Davidson had appeared in forty three episodes; she departed from the soap after two years in January of 1992.

Not long afterward, Davidson received a second breakthrough with Ted and Betty Corday’s soap opera, Days of Our Lives (1993). Easily one of the most watched television programmings on the network, it has maintained high ratings ever since its premiere in 1965. Introduced in May of 1993, the actress played the role of Kristen Blake; she ultimately remained in the soap for five years prior to departing in 1998.

Having said that, she later returned as Kristen Blake in the fall of 2012. Applauded for her performance, Davidson’s portrayal has been met with critical acclaim. For her portrayal of the character, she has received a number of accolades including a Daytime Emmy Award nomination for the category of Outstanding Lead Actress in a Drama in 1988; she later won the award many years later in 2014 following her return.

Seeing as how she spent many years acting in both The Young and the Restless and Days of Our Lives, it’s not unreasonable to say that a large chunk of her net worth has stemmed directly from these two shows- they’re the most noteworthy highlights of her acting career after all.

In 2007, Davidson landed herself another big role in William and Lee Phillip Bell’s CBS drama series, The Bold and the Beautiful. The sister show to The Young and the Restless, it saw her reprising the part of Ashley Abbott. Although viewership ratings were initially low, the numbers eventually began to climb in the subsequent seasons. Since its debut, the series has been nominated for well over 200 different accolades.

Many years later in 2014, the actress’ net worth took a huge leap after she was cast as one of the series regular in the fifth season of the popular reality show, The Real Housewives of Beverly Hills. The sixth installment of the series, it has enjoyed a successful run throughout the 2010’s. After joining the main cast in 2014, she remained on the series until season seven, which ran from December 2016 until April 2017.

It’s no secret that the cast members of The Real Housewives franchise gets paid handsomely for participating in the show. But how much exactly did it yield for Davidson? According to various online sources, she gets paid a whopping $750,000 per season! If we were to multiple that by three (e.g. the amount of seasons that she’s been in), that leads to well over $2.2 million! Interestingly enough, she is also one of the highest-paid celebrities in the The Real Housewives series.

Aside from television and film, the blonde has also supplemented her income through a series of books. In 2008, she authored a novel called Death in Daytime, which was a collaboration with Robert J. Randisi. Since then, the pair have come out with three additional titles including Dial Emmy For Murder (2009), Diva Las Vegas (2010), and Swinging in the Rain (2011).

In 2007, Davidson collaborated with Devon Martt and launched a line of women’s clothing called Femmeology. Unfortunately it has since been discontinued.

Since the start of her career, the actress and reality star’s net worth has steadily climbed up- nowadays it is estimated to be approximately $3 million. Seeing as how her popularity only exploded with her recent involvement in The Real Housewives of Beverly Hills, this figure will probably only increase to go up in the future years.

Yes, Eileen Davidson has been married to American actor Vincent Van Patten since April 15, 2003. The two had met after Patten appeared briefly during an episode of The Young and the Restless; they’ve since been together for thirteen years.

Before that, she was married to Christopher Mayer from 1985 until 1986 and to Jon Lindstrom from 1997 until 2000. At one point, she was also romantically involved with Jon Voight.

Does Eileen Davidson Have Any Children?

Yes, the reality star has a son with her current husband, Vincent Van Patten named JEsse Thomas Van Patten (b. 2004).

Where Did Eileen Davidson Go to College?

No, Eileen Davidson did not go to college. She started to work as a model to support herself after graduating from Corona del Mar High School. 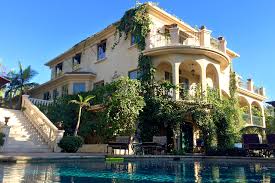 For the past ten years, she has been living in her Beverly Hills mansion with her family- which has been featured many times in The Real Housewives of Beverly Hills. A glorious homes, it boasts a spiral staircase, high ceilings, as well as a swimming pool in its grand backyard.

A while back, Davidson herself actually gave a video tour of her home which snatched up thousands of views quickly.

How Much Did Eileen Davidson Earn Last Year?

From The Real Housewives of Beverly Hills alone, Eileen Davidson earned $750,000 in 2016- that’s not including her various other projects.

Eileen Davidson as a Philanthropist

Throughout the years, the actress has demonstrated her philanthropy through numerous charities and causes. For instance in 2013, she donated countless pieces of her personal clothing to Evolution Vintage’s Curated Closet; all of the proceeds ultimately went to benefit No Kid Hungry- an organization that aims to provide children with access to healthy food.

In 2016, she also made a sizable donation to a gofund page, that benefited the Bonewitz Fam.

Even prior to her rise in fame in The Real Housewives of Beverly Hills, Davidson had made a name for herself as an actress through the soap operas The Young and the Restless, Days of Our Lives, The Bold and the Beautiful, and Santa Barbara. For her work in said series, she has earned a Daytime Emmy Award for Oustanding Lead Actress in a Drama Series, two Gold Derby Awards for Best Daytime Drama Actress, among several other nominations (e.g. five Soap Opera Digest award nominations, two OFTA Television awards, etc).

In 2013, she was also honored with a Lifetime Achievement Award TV Entertainment at the CineRockom International Film Festival.

Aside from having starred on The Young and the Restless this year, Davidson also made a brief appearance in the thriller film, The Guest House this past March.

As far as upcoming roles go, it’s been announced that she will be playing a supporting character in Catherine Dao’s romance thriller film, Symphoria (2017), which is currently in the post-production stages.