Tarek and Christina El Moussa Net Worth 2018 – How Rich Are The Flip or Flop Couple? 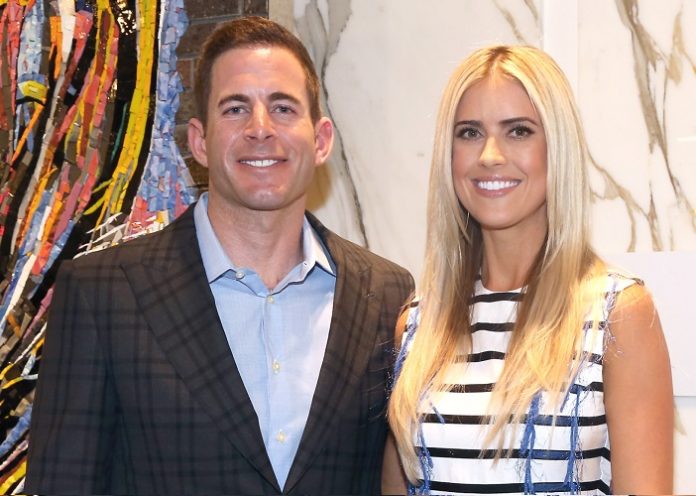 Tarek and Christina El Moussa were seen as the perfect couple behind HGTV’s highly successful reality TV show ‘Flip or Flop’. The couple’s expertise in the real estate business brought them into the public eye and has made them hugely popular with viewers of the cable network. In one amazing incident the Flip or Flop show even saved Tarek’s life due to the eagle-eyed observations of one of their fans, but now in 2018 with the couple poised to divorce, the once perfect couple are beginning to see the less than positive side of being in the public eye as the media enters an endless round of speculation about exactly what caused their break-up.

Tarek and Christina were left with virtually no assets after the stock market crash of 2008 and the knock-on effects of the recession in their native Southern California, but since then they have overcome the plummet in property prices in the area and built a successful real-estate agency and an even more successful reality TV career as the hosts of Flip or Flip and a number of spin-off shows, but exactly how much are the couple worth now in 2018? And what are likely to be the long-term consequences of their much publicized split?

Tarek and Christina El Moussa Net Worth 2018 – $4 Million Each

How Did Tarek and Christina El Moussa Make Their Money & Wealth?

Tarek and Christina both hail from California, Tarek grew up in Buena Park and Christina spent her childhood in nearby Anaheim Hills. The couple both entered the real-estate profession and met professionally in 2007 before starting a relationship the following year. With the devastating effects of the stock market crash in 2008 they were reduced to living in a $700 per month apartment, along with a roommate to help pay the bills, after having previously lived in a home with a $6,000 per month mortgage, but the hard-working couple were determined to get themselves back on firmer financial ground. They got married in 2009 and began working together as a team. While they were slowly rebuilding their financial security Christina became pregnant and gave birth to the couple’s daughter Taylor in 2010.

In 2011 the couple finally had enough money to buy their first investment property, a townhouse in Santa Ana that they purchased for $115,000. Along with their business partner Pete De Best they renovated the property and sold it a year later with a profit of $34,000, and from that point they never looked back. The real-estate business that they owned with Pete De Best, The El Moussa Group, expanded into Arizona and Nevada and the three of them continued buying and selling properties until Tarek, purely on a whim, asked a friend to document the entire process of buying and selling, or flipping one property from beginning to end on a borrowed camera.

The demo tape of the flip was sent to a production company without anyone really believing that it would be of much interest to them, but instead the production company, Pie Town Productions, loved it, and before anyone could really let it sink in, Tarek and Christina were signing a contrract for the first season of ‘Flip Or Flop’. HGTV producers had also noticed the couple’s instagram profile, which featured before and after profiles of many of the renovation projects they had undertaken, and in April 2013 Flip Or Flop finally hit the small screen on the network.

Even though The El Moussa’s could never have known it, their sudden elevation to reality TV stars would be the reason why Tarek is still alive today. During a marathon rerun of the entire first season a fan who also happened to be a registered nurse noticed a lump on Tarek’s throat. The nurse, Ryan Read didn’t want to appear to be a crazed fan so contacted the production company by E-Mail and stressed that she was a medical professional and that Tarek could be in real danger. Ryan’s timely intervention proved to be incredibly fortunate for Tarek, who had already consulted doctors about the lump. Previously he had been told that it was nothing to worry about, but after seeking a second opinion it was discovered to be a cancerous tumour. He eventually had his entire thyroid removed and later underwent radioactive iodine therapy as the cancer had spread to his lymph nodes, but finally he was given the all clear and able to return to Flip and Flip, the show that had indirectly saved his life. The couple later thanked Ryan publicly for her remarkable and timely intervention in a video that is still available for viewing on the HGTV website.

Flip or Flop went on to become one of HGTV’s most successful shows. Now in 2018 the show has just completed it’s eighth season and the El Moussa’s have benefitted to the tune of $10,000 apiece from each of the 86 individual episodes of the original show, and a number of spin-offs shows have followed it. Flip or Flop Follow up came in 2015 and delved more deeply into some of the issues relating to particular flips from the original show, and on April 6th 2017 Flip or Flop Vegas premiered on HGTV, with other spin-offs based in Atlanta, Nashville, Dallas and Chicago all in the pipeline and due to begin within the next year.

But apart from their appearance fees, Tarek and Christina of course also made significant profits from the properties they renovated during filming of the Flip or Flop show, in fact during the entire run of the franchise there was only one occasion where they are confirmed to have actually lost money on a project. The 38th Episode, entitled ‘Big Lot, Little Flip’ saw them make a small loss of $3,300 due mainly to them blowing their budget and having to swallow up hefty closing costs, but apart from that one small hiccup, the couple were otherwise consistently better off at the completion of a sale. Season four saw them profit to the tune of more than $1.2 million and in total the couple have made almost $5,250,000 when the profits from each individual project are added together, leaving the El Moussa’s in a comfortable financial position and with a personal fortune of about $4 million apiece, despite the highly-publicized problems that their marriage has gone through in recent times.

The first signs that there were problems in the partnership came in May 2016 when police were called to the couples Orange County home. Amid reports of a ‘possibly suicidal male’ Tarek had left the family home with a firearm and headed for the Chino hills State Park. Tarek insisted that the reports were just due to an ‘overabundance of caution’ and that he had merely armed himself as protection against rattlesnakes and mountain lions. Both Tarek and Christina insisted that the whole incident was a misunderstanding and that there was no violence involved, but clearly their marriage was not as stable as everyone had previously believed, and in December 2016 they announced that they would separate.

In January 2017 the couple filed for divorce, and despite a huge amount of tabloid speculation as to the reasons behind the split, the couple are putting on a brave face for their children, and their fans. They are showing a united front to the media and refusing to get embroiled in public recriminations and arguments. HGTV have asserted that the El Moussa marriage problems are a private matter between them and that the Network will honor whatever decision they come to over the future of the show, but as to whether Flip or Flop will end with the marriage, or whether Tarek and Christina can continue working together after their divorce is yet to be seen.

Are Tarek and Christina El Moussa Now Dating Other People?

Both Christina and Tarek got involved in other short-lived relationships after their split. In a classic re-bound Christina was linked to contractor Gary Anderson, but has recently become involved with Anaheim Ducks Player Nate Thompson. Tarek entered into a short relationship with the nanny of his children, Alyssa Logan, but that was also a short-lived affair and he has since remarked that he is not looking to enter into another relationship anytime soon.

Do Tarek and Christina El Moussa Have Any Children?

The couple’s first child, daughter Taylor is now seven years old, and they also had a son, Brayden in 2015, who is now 16 months old. Despite the intense pressure on them from the media over their marriage breakup, the couple share the children’s time equally between them and have ensured that the negative effects of their break-up affect their children as little as possible

What Were Tarek and Christina El Moussa’s Annual Earnings in 2017?

The financial future of the El Moussa’s is heavily dependent on the details of their upcoming divorce, with not only the lucrative Flip or Flop franchise, but also their buisiness, The El Moussa Group jointly owned between them. Their annual earnings up until now have been approximately $1.5 million each, with profits from their renovated properties, public appearances and fees from the show all contributing to their income, but now in 2018 exactly what the future holds for these two talented real-estate stars is uncertain until their marriage is legally ended.

Where do Tarek and Christina El Moussa Live?

Although the couple now live separately, before their split they lived in a beautiful seven-bedroom home in Orange County, California that took them two years to remodel. In the middle of renovations they decided to change the focus of the modifications and restarted the process from scratch, resulting in them living in a hotel for six months while the property resembled a construction site. Eventually the renovation was completed and the remodelled house, now with just five bedrooms which were considerably more spacious than the original ones, came complete with nine bathrooms, a spacious gym, a swimming pool and a customized rustic look involving lots of wood, chandeliers and mirrored furniture.

One of the couple’s most prized, and most valuable jointly owned assets, is their fifty foot Sea Ray Sundancer yacht. The extravagant vessel, named ‘Flip or Flop’ is worth well over $1 million and comfortably sleeps eight people on board. The ‘Flip or Flop’ is currently docked at Newport Beach, California and it’s unclear whether it will be sold off during the divorce settlement or whether one of the couple will get to keep the luxurious craft.