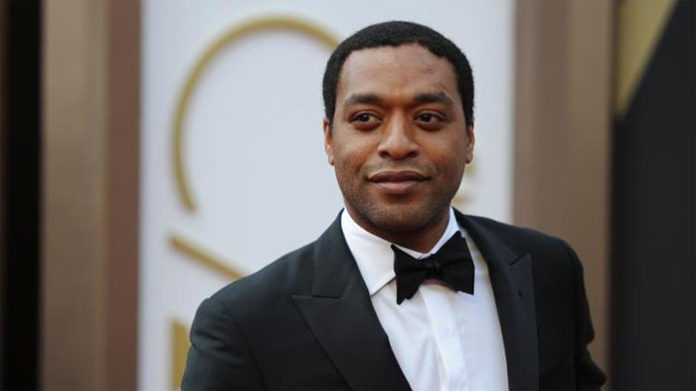 British actor Chiwetel Ejiofor has starred in numerous films such as Dirty Pretty Things (2002), 12 Years a Slave (2013), and Doctor Strange (2016). Of Nigerian descent, he developed a passion for drama and theater during his teen days. At the age of fourteen, he became a member of the National Youth Theater with whom he performed with for several years. Wanting to further hone his craft, Ejiofor eventually enrolled at the London Academy of Music and Dramatic Art. Over the next few years, he took to the stage in several productions including that of Othello at Glasgow’s Theatre Royal. In 1997, the aspiring performer made his big screen debut in Steven Speilberg’s historical drama film, Amistat. Due to his filming commitments, he ultimately had to drop out of his studies. A year prior, Ejiofor had also appeared on television for the first time in Deadly Voyage (1996). From there, it wasn’t until two years later that he returned to theater screens in the movie, G:MT – Greenwich Mean Time (1999).

Continuing to walk toward Hollywood stardom, Ejiofor went on to appear in a handful of motion pictures including Four Brothers (2005), Serenity (2005), Children of Men (2006), Redbelt (2008), and Salt (2010), to name a few. Having said that, it wasn’t until 2013 that he received a career breakthrough with Steve McQueen’s period drama film, 12 Years a Slave. Playing the part of an African-American who is kidnapped and sold into slavery, his portrayal was met with universal acclaim. Easily one of the highlights of his filmography, it garnered Ejiofor numerous awards including an Oscar Award nomination and a Golden Globe Award nomination for Best Actor in a Motion Picture. Speaking of accolades, he has also been nominated for a Prime time Emmy for his work in the television mini-series, Dancing on the Edge (2013). Altogether, the actor has accumulated over fifty award wins from more than 70 different nominations.

Aside from his work in film, Ejiofor has also appeared in various TV series, albeit it not being his primary focus. For instance, he has made several appearances in Trust (2003), and The Shadow Line (2011). On top of that, he has starred in the made for television films, Twelfth Night (2003), Tsunami: The Aftermath (2006), and Phil Spector (2013). On stage, Ejiofor has also participated in various productions of The Vortex, the Seagull, A Season in the Congo, and Everyman over the past years. Considering his celebrity status, it’s also not surprising to know that he’s been featured numerous times in talk shows such as Jimmy Kimmel Live! (2013), Charlie Rose (2013), Late Night with Seth Meyers (2015), and Good Morning America (2015).

What has the accomplished actor been busy with nowadays? What are some of the new roles that he’s landed within the past year? Can we expect to see him in any of the upcoming films? What about television? What happened to Chiwetulu Ejiofor? Where is he now in 2018? 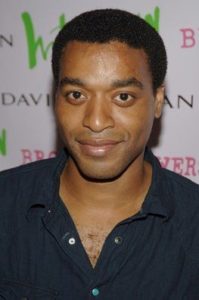 Born on July 10, 1977 in London England, Chiwetulu Ejiofor is the son of a physician, Arinze, and a pharmacist, Obiajulu. When he was eleven years old, the family were in Nigeria for a wedding. At the time, him and his father were driving to Lagos when they collided head-on with a truck; while he himself was badly injured, his father was killed. To this day, Ejiofor bares a scar on his forehead from the incident. As a result of the accident, Ejiofor and his three siblings were raised majorly by their mother. Having quite possibly inherited his mother’s love for performing, he soon developed a passion for the stage when he was in his teens.

At the age of fourteen, he became a member of the National Youth Theater with whom he performed with for a few years. From there, Chiwetel Ejiofor eventually made it to the London Academy of Music and Dramatic Arts, where he continued to hone his craft. Around that time, Ejiofor took part in several productions including playing the lead role in Othello at Glasgow’s Theater Royal and at the Bloomsbury Theater. Not long afterward, he made his small screen debut in the television film, Deadly Voyage in 1996- he was only nineteen years old at the time. Continuing to attend auditions, he later scored his first movie role in Steven Speilberg’s drama film, Amistad in 1997.

In 2000, the British actor landed his first lead role in the comedy film, It Was an Accident. Directed by Metin Huseyln, it revolved around an ex-con named Nicky Burkett (played by Ejiofor) who finds himself at the wrong place at the wrong time. Other cast members included Neil Dudgeon, Nicola Stapleton, James Bolam, and Max Beesley.

Two years later in 2002, Chiwetulu Ejiofor was cast as the protagonist in the British drama film, Dirty Pretty Things. Written by Steven Knight, its plot centered around two illegal Nigerian immigrants in London. In it, the actor played the role of Okwe- one of said immigrants who works as a cabdriver by day and a hotel receptionist by night. Relatively more well known that his earlier project, the movie ended up grossing $13 million at the domestic box office, having successfully recouped it $10 million budget. Well received by critics, Dirty Pretty Things later earned Chiwetulu Ejiofor a British Independent Film Award for Best Actor. 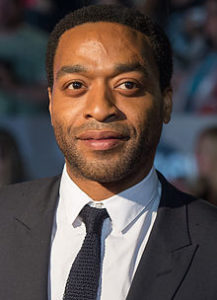 In 2006, Ejiofor joined the cast of the crime thriller film, Inside Man. Directed by Spike Lee, the movie chronicled the events of an elaborate bank heist over 24 hours. One of the main actors, he portrayed the role of Detective Bill Mitchell- a police detective who takes charge of the robber’s negotiations during the film. Aside from Ejiofor, the title also featured Jodie Foster, Clive Owen, Christopher Plummer, Denzel Washington, and Willem Dafoe.

Upon its theatrical release on March 24, 2006, Inside Man grossed over $9.4 million during its opening day. By the end of its opening weekend, it had taken in more than $28.9 million in ticket sales, which put it at the top of the North America box office. A major blockbuster by the end of its theatrical run, it had grossed a worldwide total of $184.4 million against a production budget of $45 million.

In 2009, he co-starred in Pete Travis’ British film, Endgame. Based on a book written by Robert Harvey, it depicted the last days of apartheid in South Africa; more specifically, it focused on the relationship between Thabo Mbeki, the director of information at the National Congress and Willie Esterhuyse, a philosophy professor at Stellenbosch University. While actor William Hurt took on the role of Esterhuyse, Ejiofor played that of Mbeki; the two were joined by Mark Strong, Jonny Lee Miller, Timothy West, and Ramon Tikaram.

Released via Channel 4 in the summer of 2009, Endgame garnered the actor much praise. Upon its premiere, it had attracted over 830,000 viewers on television. Met with fairly positive reviews, the movie later went on to earn Ejiofor a Golden Globe award nomination for the category of Best Actor in a Television Film or Mini Series later that year.

A few years afterward in 2013, Ejiofor’s popularity went up again with the release of the BBC drama series, Dancing on the Edge. Created, written and directed by Stephen Poliakoff, it followed the experiences of a black jazz band in 1930’s London. One of his most prominent television roles to date, the actor portrayed the part of Louis Lester- the leader of the Louis Lester Band; his co-stars include Wunmi Mosaku, Angel Coulby, Ariyon Bakare, and Matthew Goode.

Premiered on February 4, 2013, Dancing on the Edge quickly proved to be a hit among viewers. In the UK, it had successfully attracted three million audience members during its pilot episode. Showered with nothing but praise, the series later won a Satellite Award for Best Television Mini Series. For his portrayal of the band’s leader, Ejiofor was also nominated for a Golden Globe Award (e.g. Best Actor in a Miniseries) and a Primetime Emmy Award (e.g. Outstanding Lead Actor in a Limited Series), among a few other accolades. 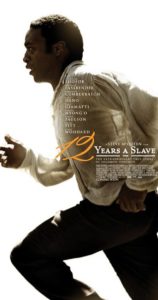 As if that wasn’t impressive enough for one year, he also starred in the critically acclaimed period drama film, 12 Years a Slave in November of 2013. Based on a memoir written by Solomon Northup, it told the story of Solomon Northup- an African American violist who is kidnapped and sold into slavery in 1840’s, Washington, D.C. In the movie, Ejiofor played none other than the lead protagonist, Northup. Applauded for his performance, his portrayal in the film quickly rose to become one of the biggest highlights of his acting career.

Universally acclaimed upon its theatrical release, its production values, screenplay, and direction were all met with unanimous praise. During its limited release in the United States, it had earned over $923,000 across 19 theaters. By the end of its entire run, it had grossed over $187.7 million. Not only did 12 Years a Slave win three Academy Awards, one of which was for Best Picture, but it also received a Golden Globe for Best Drama Motion Picture. As for Ejiofor, he also garnered numerous accolades including two Screen Actors Guild Award nominations, an Oscar nomination, a Golden Globe nomination, two Black Reel Awards, and a British Academy Film Award.

Since then, Ejiofor has taken on several different roles in various movies including Half of a Yellow Sun (2013), Z for Zachariah (2015), The Martian (2015), and Secret in Their Eyes (2015). More recently, he also starred in the popular Marvel’s movie title, Doctor Strange (2016) alongside his long time friend, Benedict Cumberbatch.

These past months, Ejiofor has been busy filming for a couple of upcoming movies including Garth Davis’ Mary Magdalene (2017). Distributed by The Weinstein Company, it will star the actor as Peter; the film’s other main roles are played by Rooney Mara, Joaquin Phoenix, Tahar Rahim, and Hadas Yaron. Currently in post-production, it is scheduled to be released on November 24, 2017.

In addition to that, he will also be starring in the 2017 independent drama film, Heretic that is directed by Joshua Marston. Based on a radio series, it will center around a Bishop who is ostracized by his own church after he preaches the absence of Hell. According to IMDb, it will come out sometime this year, although no exact release date has been announced. The cast list includes Lakeith Stanfield, Martin Sheen, Condola Rashad, Juan Gaspard, and Danny Glover.

Unfortunately, it doesn’t look like Ejiofor is active on social media. If you’d like to stay atop of his recent acting roles, the easiest would probably be to drop by his official IMDb page.