What Happened to Remy Ma – What is She Up to Now? 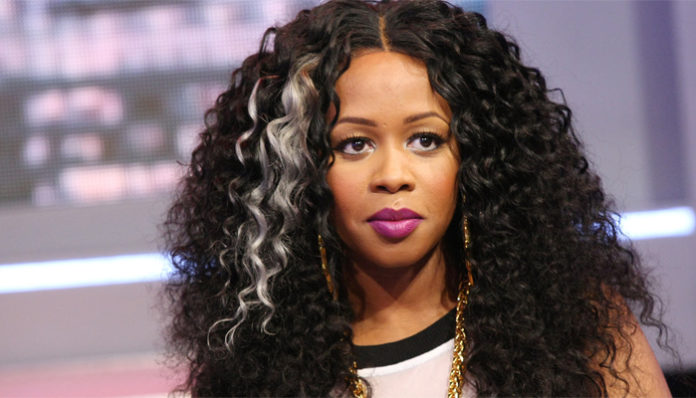 Remy Ma first garnered recognition in the early 2000’s as a member of the hip hop crew, Terror Squad. Hailing from New York, she started to write poetry and rhyme when she was a teen as a means of retreating from her issues at home. Eventually taken under the wing of Big Pun, she made her official debut in his album, Yeeeah Baby in 2000. Following the death of her mentor later that same, she was invited to join Fat Joe’s rap group, Terror Squad. In 2004, she contributed to the hit single, Lean Back which ended up going gold in the United States. The hip hop collective subsequently came out with their studio album entitled, True Story a month later. Following her first taste of success, Remy decided to embark on a solo music career soon afterward. After signing with Universal Records, she dropped her debut album, There’s Something About Remy: Based on a True Story in February of 2006.

Relatively successful, it found its way onto several US record charts and served to further cement her place in the rap scene. Although she hasn’t dropped any new albums since, Remy has come out with a series of mix tapes including The BX Files (2007), Shesus Khryst (2007), BlasRemy (2008), and I’m Around (2014). As far as other releases go, she also has two compilation albums and eleven singles to her name. A few of her most popular titles include Conceited (There’s Something About Remy), Money Showers, Feels So Good, and All the Way Up, the last of which has since earned 2x platinum accreditation from the RIAA. As a featured artist, Remy has also appeared in the works of Brooke Valentine, Papoose, Ron Browz, Audrey Rose, DJ Absolut, N.O.R.E., Currensy, and Keyshia Cole, to name a few. However as far as collaborations goes, her duet with Fat Joe in Lean Back remains the most popular to date.

A two time Grammy Award-nominee, Remy’s work in rap has not gone unnoticed. So far, her collection of accolades also includes a BET Award for Best Female Hip Hop Artist and a Source Award for Best Female Rap Collaboration. Outside of the music scene, she has also appeared on television multiple times; for instance, she’s made a couple of appearances in the TV series The Roaches (2006), and Empire (2017). In 2015, Remy was also one of the main cast members in the VH1 reality series, Love & Hip Hop, where she starred alongside her husband Papoose. In the past, she has also served as a guest co-hostess in the talk show, The Real (2016).

What has the 36-year-old Queen of Rap been up to in the recent months? What new projects or endeavors have been keeping her busy? Has she been recording at the studio? Or has her focus shifted onto television? What happened to Remy Ma? Where is she now in 2018? 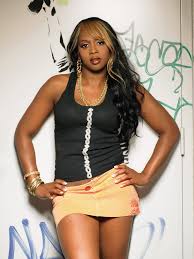 Born on May 30, 1980 in the Bronx, New York, Remy Ma (Birth Name: Reminisce Smith) had a troubled childhood. Growing up in the Castle Hill Projects, she was forced to take care of her younger siblings at a young age due to her parents’ involvement with drugs. In order to escape from her the terrors and situations at home, she often turned to writing poetry; from there, it wasn’t long until she started to try her hand out at penning rhyme. Obviously talented in what she was doing, her reputation soon grew in and around the city. Before she knew it, her work had caught the attention of the late emcee, Big Pun. Initiating contact with Remy, he eventually invited her to perform in front of him.

Convinced of her talents after a single freestyle session, Pun subsequently took the teen under his wing. From there, Remy made her music debut in a couple of tracks (e.g. You Was Wrong, Ms. Martin) in his 2000 studio album, Yeeeah Baby; she was twenty years old at the time. Following the death of Big Pun in February of that year, she was signed to Universal and SRC after being invited to join Fat Joe’s hip hop collective, Terror Squad. At the time, other members included Tony Sunshine, Prospect, Armageddon, Triple Sels, and DJ Khaled. 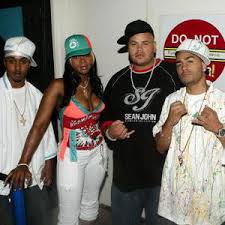 Collaborating with her mentor Fat Joe, the pair were featured in the hit single, Lean Back which was made available on June 8, 2004. Produced with the club environment in mind, the uptempo song featured Remy handling the second verse. A major hit, it reached the top of multiple US record charts including the Billboard Hot 100, Hot R&B/Hip Hop and Hot Rap Songs; it also climbed up to number thirteen on the Billboard Mainstream Top 40.

Proving to be popular outside of the United States, Lean Back also charted in several other countries including Ireland, Denmark, Switzerland, New Zealand, Ireland, Australia, and Belgium. Hailed as a perfect club-ready duet, the single has since been certified gold in the US for exceeding over 500,000 in sales.

The following month, Terror Squad released their second studio album (and the first that Remy has been a part of), True Story on July 27, 2004. Produced by Buckwild, scott Storch, DJ Kahled, Lord Finesse, LV, and Emile, among a few others, it featured a total of twelve hip hop tracks including Nothing’s Gonna Stop Me, Take Me Home, Yes Dem to Def, Bring ‘Em Back, Streets of NY, Let Them Things Go, Terror Era, and Yeah Yeah Yeah, several of which included Remy in the vocals.

Given favorable reviews from critics such as those writing for Vibe Magazine and USA Today, True Story ended up reaching the top of the US R&B and Hip Hop Albums Chart and number seven on the Billboard Top 200. By the end of the year, the album had spawned three singles, one of which was Lean Back– Remy’s hit collaboration with Fat Joe. 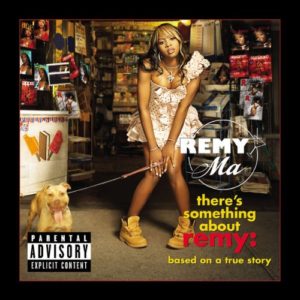 Eventually deciding to work as a solo recording artist, she released her debut studio album entitled, There’s Something About Remy: Based on a True Story on February 7, 2006-the sixth anniversary of Big Pun’s passing. Recorded within two years, it was produced primarily by Remy herself with help from Cool & Dre, Scott Storch, The Alchemist, Swizz Beatz, and Knobody. Distributed through Universal and SRC Records, the album came loaded with eighteen tracks, some of which included Lights Camera Action, Secret Location, What’s Going On, Crazy, She’s Gone, Pun’s Words, and Feels So Good. A few guest artists also made appearances in the album such as Ne-Yo, Roc Raida, and Ivy Queen.

Rated three out of five stars by Rolling Stone Magazine, her debut effort ended up charting in three separate US record charts; it peaked at number thirty three on the Billboard Top 200, at number seven on the Top R&B and Hip Hop Albums and at number two on the Top Rap Albums. According to statistics provided by Niel Soundscan, it had sold approximately 35,000 copies within the first week. As of 2016, more than 160,000 copies have been sold domestically.

Among the three singles that were released from the album was the hit title, Conceited (There’s Something About Remy). Released on December 13, 2005, it reached number ninety on the Billboard Top 100, number twenty five on the Top R&B Songs Chart and number seventeen on the Top Rap Songs Chart. Produced by her long-time collaborator Scott Storch, it came with a music video that featured Fat Joe as a cameo.

While she hasn’t released a full length album since, Remy has dropped a number of mix tapes throughout the years, the latest title being that of I’m Around. Released via digital download on November 18, 2014, its production was once again handled primarily by the artist herself, with a little outside help from DJ Khaled, Ron Brownz, Tie Stick, Sean C, and Ted Smooth. Her first musical project since going behind the bars, it included the songs I’m Around, White Benz, Dying to be Me, Go in Go Off, Wassup Tho, I Run New York, WSBH, and Erthang Fake.

In the spring of 2008, Remy was convicted of multiple charges after having shot and wounded an individual by the name of Makeeda Barnes Joseph. Although she pleaded not guilty to assault, attempted murder and weapon possession, she was ultimately sentenced to six years in prison.

While she was behind bars, Remy continued to write rhymes- in fact, most of her mix tapes were released when she was still in prison. In late 2009, the artist even wrote a letter to her fans stating that she “couldn’t wait to get back to the studio”. Finally on August 1, 2014, Remy was released.

Remy Ma on the Small Screen

While television is by no means her main focus, she has appeared on the small screen in several occasions. For instance in 2006, she made a brief appearance in the TV series, The Roaches. Since then she has also acted in an episode of the popular musical drama, Empire.

However most noteworthy of all, is probably her involvement in the VH1 reality series, Love & Hip Hop. Produced by Stephanie Gayle and Mona Scott-Young, it follows the life of various individuals involved in the hip hop scene. A main cast member of the sixth season, Remy starred alongside Amina Buddafly, Yandy Smith-Harris, Cardi B, Mariahlynn, and Moe Money.

After being heavily involved with season six, she later returned to star in the seventh season, which premiered on November 21, 2016. Altogether, Remy had appeared in a total of thirty episodes.

Speaking of the small screen, the hip hop artist has also been invited as a guest onto several TV programmings including Say My Name (2009), Kiss and Tail: The Hollywood Jumpoff (2009), and Being (2016).

After many years, Remy and Fat Joe came out with a collaborative album entitled, Plata O Plomo (2017) this past February. Executively produced by Fat Joe, it boasted twelve tracks including How Can I Forget, Money Showers, Too Quick, Dreamin, Swear to God, Spaghetti, Go Crazy, and Cookin’. Many guest artists also appeared in the album such as The-Dream, French Montana, Kat Dahlia, Kent Jones, Ty Dolla Sign, and Stephanie Mills.

One of her greatest releases in the past years, it charted on several US record charts including the Billboard Top 200, Top R&B Albums, Billboard Digital Albums, and Billboard Independent Albums.

One of the spawned singles, All the Way Up also ended up becoming a massive hit, having peaked at number five on the Top Rap Songs Chart. Not only did it garner double platinum certification from the RIAA, but it was also nominated for two Grammy Awards at the 59th annual ceremony for Best Rap Song and Best Rap Performance.

If you’d like to stay in touch with the 36-year-old rapper, you can do so by following her on social media- you can find Remy Ma on Instagram at @remyma or on Twitter at @RealRemyMa. While you’re at it, don’t forget to also drop by her official Facebook page.