What Happened to Sammy Adams – The Rapper Now in 2018 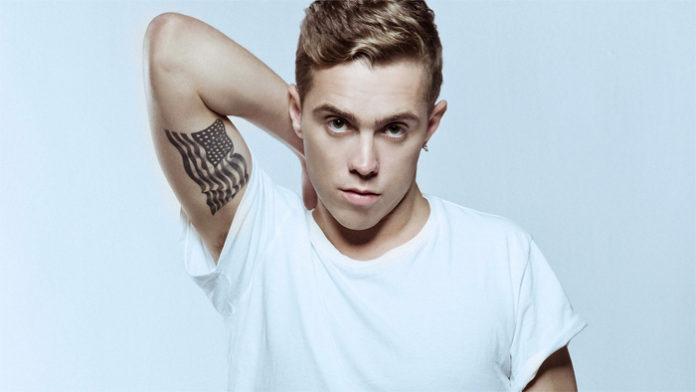 American hip hop artist Sammy Adams first caught the public’s attention with his remix of Asher Roth’s, I Hate College (Remix) in the late 2000’s. Born and raised in the state of Massachusetts, music played a large part of his life ever since he was a young boy. At the age of seven, he took up his first instrument- the piano; by the time he was eleven, his skillfulness for the keyboard had allowed him to create his own melodies and beat. Interestingly enough, his original ambition was not to become a rapper- but to become a music producer. It wasn’t until she started to pen more and more raps for himself as a teen that he decided to pursue hip hop as a career. Having said that, he not only listened to hip hop growing up, but was also found of blues, rock, blues, and classical music. At the age of nineteen, Adams began recording his own songs while attending college.

Over the next couple of years, Adams continued to exercise his musical expertise by recording a large number of rap songs. In September of 2009, he received a big break after releasing a remix of Asher Roth’s hit song, I Love College which he entitled, I Hate College (Remix). Quickly gaining traction after being uploaded onto the internet, it had been viewed over 10,000,000 times by the fall of 2015. From there, he eventually released the titles Poker Face Mix, Kimber, Opening Day, Rollin, and Hard S***, all of which combined have been streamed over two million times. After forging a recording deal with 1st Round Records, Adams released his debut extended play, Boston’s Boy in March of 2010- it later charted on the Billboard Top 200, Top R&B Albums and Top Rap Albums Charts. To date, it remains to be the Massachusetts-native’s best-selling album.

Following his initial endeavor, Adams signed with Sony’s RCA Records and released his subsequent extended play, Homecoming in November of 2013. Although it didn’t see as many sales compared to its predecessor, the overall consensus from fans and critics was positive. Around that same time, Adams also came out with the non-album singles, Blow Up, All Night Longer, Only One, Big Lights, and L.A. Story. After another couple of songs, Remember and Helluva, he dropped his long awaited debut album, The Long Way (2016), which was made available via digital download. Throughout his career, he’s also collaborated with Enrique Iglesias, Taylor Swift, Statik Selektah, Michael Wavves, Supraliminial, and Bei Maejor, among a few others. Outside of music, the rapper has also made a couple of cameos on television in 90210 (2012), and Clevver Now (2016).

So what has he been up to since then? What are some of the latest works that he’s put forth? Does he have anything new or special for his fans this upcoming year? What projects does he have up his sleeve? What happened to Sammy Adams? Where is he now in 2018? 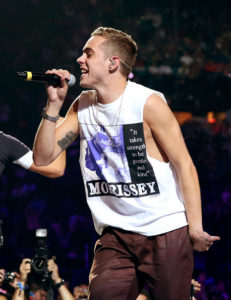 Born on August 14, 1987 in Cambridge, Massachusetts, Sammy Adams Wisner is the son of Kata Hull, a painting instructor and Chuck Wisner, the owner of a consulting company; he is also the great grandson of one of the United States’ Founding Fathers. Growing up with his older brother Ben, Adams spent his youth immersed in music; he listened to all genres of song including rap, blues, rock, and classical. At the age of seven, he took up his first instrument- the piano. Quickly mastering its art form, he was improvising his own melodies and beats by the time he was eleven. As a teen, Adams’ dream was not to become a rapper- but instead, to become a music producer.

Despite having grown up in Cambridge, Adams jumped between a number of high schools including Beaver Country Day, Cambridge Rindge and Latin, Proctor Academy and Wayland High; he eventually graduated from Wayland High in 2005. Although he had always listened to hip hop, it wasn’t until he was in eighth grade that his interest in the genre exploded. After graduating from high school, Adams moved away from his hometown to attend Trinity College to study political science; it was ultimately there, while attending classes that he started to write and record his own music material on his Macbook.

Taking his music hobby to the next level, Adams started to record various songs between 2008 and 2009. In September of 2009, he received a big break after releasing a remix of I Love College– a song by popular rapper, Asher Roth. Entitled I Hate College (Remix), his rendition of the rap title quickly made him an internet sensation following its upload onto Youtube; as of 2015, the video has been viewed well over 10,000,000 times online. Although some have classified it as a parody of the original, the artist himself have reassured fans that that is not the case- that he in fact, “has a lot of respect” for Roth.

From there, the aspiring rapper eventually released a series of songs including Opening Day, Poker Face Remix, Kimber, Rollin, and Hard S***, which altogether have been streamed over 2,000,000 times online. 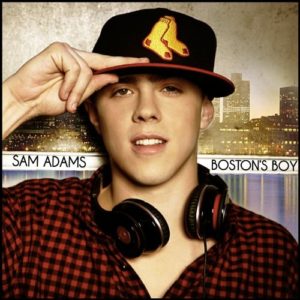 Eventually signing a recording deal with 1st Round Enterprises, a Los Angeles-based entertainment firm, Adams dropped his debut extended play entitled, Boston’s Boy on March 4, 2010. Recorded between 2008 and 2009, its production was handled by a team consisting of Jacob Entel, Nottz, Ski Beatz, Maestro, Phunk Dawg, Austin Woolridge, and Kevin Randolph. Approximately forty minutes in length, the alternative hip hop EP contained fifteen tracks including Better Than You, Just Love Here, I’m So High, Fly Jets Over Boston, Driving Me Crazy, Comin’ Up, and You Girl; a couple of tracks also featured guest appearances from fellow artists Curren$y and G Curtis- the former of whom has worked with Adams previously.

Upon being released, Boston’s Boy entered the US Billboard Top 200 at number seventy three; it also charted at number twenty one on the Top R&B and Hip Hop Albums Chart and at number seven on the Top Rap Albums Chart. Lauded for its catchy lyrics and fun dance beats, the EP was primarily met with positive reviews from both critics and fans. A few months after its release, a new deluxe version of the extended play was made available- unique to it, it featured four extra tracks, Just Sayin’, Fly Jets Over Boston, See Me Now, and Still I Rise. Ultimately, Adams had credited his loyal fan base from his college days for its success. To date, over 38,000 copies of the EP have been sold within the United States.

Three years later, Adams released his next big hit, the single L.A. Story through RCA Records in May of 2013. Pop rap in nature, it was written by Mike Posner, Noel Zancanella, Ryan Tedder and the rapper himself. Featuring Mike Posner, it eventually peaked at number twenty on the Billboard Bubbling Under Hot 100; additionally, it also charted at number eighteen on the Heatseekers Song Chart and at number fourteen on the Billboard Rap Digital Songs Chart. An official music video directed by Jon Jon Augustavo was subsequently released on July 16, 2013. 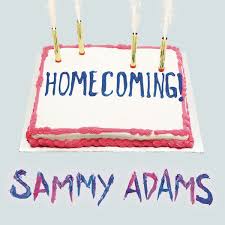 That fall, the rapper came out with his second extended play, Homecoming on November 19, 2013. Initially announced that September, it was originally intended to be released as his debut album; however it was later changed to be a digital-only EP. Produced by Oliver Goldstein, Sak Pase, Pops, and Arthur McArthur, it featured only six tracks- making it considerably shorter than his earlier effort. The songs in the EP included Stop the Music, Awesome, Touch, Waste, Kings, and I Wish. Chart performance-wise it peaked at number forty five on the US Billboard Top 200.

Over the next couple of years, Adams continued to work on his burgeoning rap career; it eventually led to the release of the singles, Remember and Helluva in 2015 and 2016 respectively. Aside from his independent works, he also released a number of collaborative works with several other artists such as Enrique Iglesias (e.g. Finally Found You), Taylor Swift (e.g. I Knew You Were Trouble (Remix), Statik Selektah (e.g. Boston vs Everybody), Michael Wavves (e.g. BAD), and Zak Downtown (e.g. Mine For the Night).

After three years with the RCA label, the rapper chose to part with the company in 2015. As an independent artist, he announced that he would be releasing an album in the fall of 2015; as one thing led to another, it was eventually postponed to December. Not long afterward however, Adams confirmed in an interview that he had rejoined his former independent label, 1st Round Records.

Prior to the release of the album, he came out with two promotional singles, Helluva and Long Way. Finally on March 24, 2016, the highly anticipated studio album, The Long Way was released. Made available via digital download, the hip hop/rap project consisted of fifteen tracks including All for You, We Are the Ones, Electric Appeal, Rock With You, Long Way, Remember, All Night Longer, This City, and Overboard, among others. Among the album were also a few guest appearances from Madison Love, Kat Nestel, and B.o.B.

Since then, Adams hasn’t released any additional albums- having said that, he has collaborated with a number of different artists as a featured artist in various songs such as BAD by Michael Wavves, Mix It Up by Hi-Rex, and Hangover (Remix) by Huey Mack.

While his main focus is on music, he has graced the small screen several times as an artist. For instance, in 2012, he was invited to perform in the popular talk show, Conan. That same year, he also appeared in the daily reality soap, Berlin – Tag & Nacht (2012). Aside from those appearances, Adams has also acted on a couple occasions in the past years. In 2012, he made his official acting debut in an episode of the popular romance comedy drama, 90210; shortly afterward, he was also featured in Enrique Iglesias music video for Finally Found You. From there, it wasn’t until 2016 that he made a brief cameo in the TV mini-series, Clevver Now.

Although he hasn’t released any new music material, he has been hitting the roads for his recent Senioritis Tour. Kicked off in Richmond, VA this January, the event has brought Adams to numerous school campuses around the country. If you’ve missed his previous shows, don’t worry- he still has plenty of dates left on his tour. For instance, he will be hitting up Orlando, Tallahassee, Seattle, Wantagh, Scranton, Mansfield, among numerous other cities these upcoming months. From the looks of it so far, his Senioritis Tour will be continuing until the beginning of August.

Will he be dropping any new EPs or albums after the end of his 2017 tour? Only time can tell- don’t worry, we will keep you posted!

If you’d like to stay in touch with the 29-year-old recording artist, you can do so by following him on social media- you can find Sammy Adams on Instagram and Twitter at @SammyAdams. As well, you can follow him on his official Facebook page at @samadamslive.