What Happened to Chiddy Bang – Update For 2018 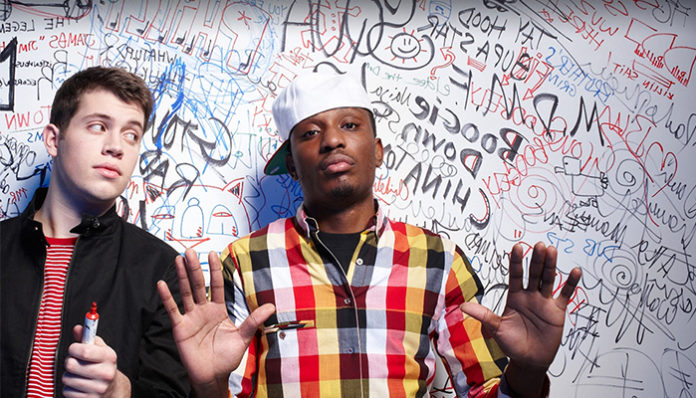 Chidera Anamege- better known as his stage name Chiddy Bang, is most well known for being a member of the alternative hip hop duo of the same name. Hailing from Pennsylvania, he first met Noah Beresin- his future partner-in-crime in late 2008 while attending Drexel University as a freshmen. Befriending over their mutual love for music, they eventually began to record beats together by the end of the year. From there, they received a small break after being featured in a popular music blog in the winter of 2009- which ultimately offered them exposure; by spring, the two had attracted a sizeable following. That November, Chiddy Bang released their first mixtape, The Swelly Express via digital download. Met with surprisingly positive reviews, it soon launched them to a whole new level of fame. The next year, they followed up with yet another successful mixtape, Air Swell. Met with praise, the release only cemented their place in the realm of hip hop music.

Off to a good start, the alternative hip hop duo soon dropped their third mixtape, Peanut Butter and Swelly in the summer of 2011. A prequel to their full length album, it earned them many stellar reviews from fans. After several delays, Chiddy Bang’s long awaited debut album, Breakfast was released in February of 2012 under Virgin Records. A considerable success, it later charted on three separate US music charts. In total, the pair has come out with one studio album, four singles and eight music videos. Some of their most popular titles include Opposite of Adults, Mind Your Manners, Ray Charles, and Truth, most of which charted in several different countries; Opposite of Adults also earned them a mtvU Woodie Award in 2011. Throughout the years, they’ve also collaborated with You Me at Six (e.g. Rescue Me), Olly Murs (e.g. Heart Skips a Beat), VV Brown (e.g. Children), Hoodie Allen (e.g. Fame is For Assholes) and Outasight (e.g. Shine), among others.

Over the past few years, a number of their songs have been featured in various TV series and films such as What to Expect When You’re Expecting (2012), Earth to Echo (2014), Sex Tape (2014), and Sisters (2015). In 2011, their hit single Mind Your Manners was also used in the popular video game, Madden NFL 12. Speaking of which, Chiddy Bang have also been invited onto numerous TV programmings inclding Hollyoaks Music Show (2010), Late Night with Jimmy Fallon (2012), The Tonight Show with Jay Leno (2012), Conan (2012), and The Wendy Williams Show (2012), to name a few. In 2012, the duo also made a brief cameo in the romance comedy, Missed Connections.

What has the duo been busy with since then? Are they still recording music together or have they gone their separate ways? Have they been working on any new projects? Can we expect them to see them again on television anytime soon? What happened to Chiddy Bang? Where are they now in 2018?

The Duo Behind Chiddy Bang and their Formation

Born on February 21, 1987 in Philadelphia, Pennsylvania, Chiddy Bang (Real Name: Chidera Anamege) is the son of two Nigerian immigrants- both of whom wanted their son to have a better life in the United States. Growing up, money and food were tight; prior to settling down in Newark, New Jersey, the family lived in a local YMCA shelter for a couple of months. Survival often proved to be a challenge- it was not uncommon for them to go without food from time to time. Perhaps due to his challenging childhood, he was especially driven to achieve success.

An intelligent student, Chiddy attended Drexel University after graduating from high school in 2005. It was there, during his freshmen year that he met his future music partner, Noah Berlin.

Born on March 3, 1987 in Philadelphia- the same year as Chiddy, Noah Beresin (aka “Xaphoon Jones”) made up the other half of the alternative hip hop duo. While studying at Drexel University in the mid 2000’s, he was introduced to Chiddy through a mutual friend named Zachary Sewall, who happened to be a former band member. Quickly befriending one another, the two eventually decided to record beats together in the late 2000’s, drawing inspiration from artists such as Passion Pit, Radiohead, Ellie Goulding and Sufjan Stevens. Naming themselves Chiddy Bang (the same name as Chidera’s stage name), the duo soon set off to work on their debut.

A few months after formally getting together, the hip hop duo released their debut mixtape entitled, The Swelly Express under EMI Records. Containing elements of indie, hip hop and electronica, it ultimately told the story of the two’s rise in the music scene through eighteen tracks including the titles All Things Go, Silver Screen, Dream Chasin, Fresh Like Us, Get Up in the Morning, Meet Mike Hoffman, and Pro’s Freestyle 1.0; the mixtape also included guest appearances from Passion Pit, Jordan Brown, and The Root’s Black Thought and elDee the Don. 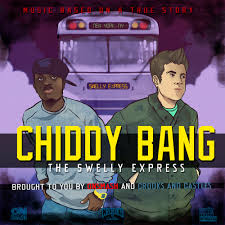 Released via digital download, it garnered greater exposure after being posted onto the popular music blog, Pretty Much Amazing. Despite the fact that it was their first piece of work together, The Swelly Express garnered primarily favourable reviews from fans- many having lauded its production style; publications such as RapReviews awarded it a rating of 8/10. 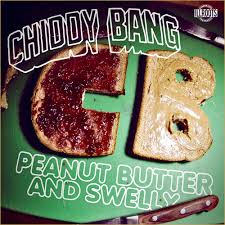 In May of 2011, the hip hop duo released their third mixtape, Peanut Butter and Swelly, which served as the prequel to their highly anticipated full length album. Noted for containing many references to Chidera’s accomplishment of having achieved the longest freestyle rap set, it contained fifteen tracks including The Whistle Song, Guinness Flow, Dancing with the DJ (Remix), Nobody Has It Down, When You’ve Got Music, All Over, and High as a Ceiling; some of the guest artists featured include Train, Trae the Truth, Casey Veggies, The Knocks, eLDee The Don, and Gordon Voidwell.

From there, Chiddy Bang started to focus on releasing their debut studio album. Initially, they had planned to release it in the summer of 2011, however it was eventually pushed back to November of 2011, and then to February of 2012. Following several delays, they chose to first release the single, Ray Charles. Produced by S*A*M and Sluggo and Xaphoon Jones, the song served as a homage to the 50’s music legend, Ray Charles. Released through Virgin and I.R.S., it made its way up to number four on the UK R&B Charts, and number thirteen on the UK Singles Chart; it also charted in Scotland, Ireland, and Australia- a telltale sign of its popularity.

Met with positive reviews, Ray Charles was also accompanied by a music video that was uploaded onto Youtube in January of 2012- a few months after its original release. Since then, the MV has been viewed over 3,800,000 times across the globe.

Finally on February 21, 2012, Chiddy Bang released their debut studio album, Breakfast. Recorded back in 2011, its production was once again handled by Xaphoon Jones, with help from iSHi and Yuri Beats. Released through Virgin Records and I.R.S. in the United States and through Regal in the rest of the world, the album boasted a fifteen-title track list which consisted of Baby Roulette, Whatever We Want, Does She Love Me, Handclaps & Guitars, Breakfast, 4th Quarter, and Run It Back; guest appearances were also made by You Me at Six, V V Brown, Shirazi, Icon Pop, and Gordon Voidwell.

A considerable success, Breakfast entered the Billboard Top 200 at number eight shortly after reaching store shelves; within the first week, over 31,000 copies had been sold worldwide. In addition, it also reache number two on both the US Top Hip Hop Albums Chart and on the US Top Rap Albums Chart; overseas, it also charted in the UK, Switzerland, Australia, and Canada. According to Niel Soundscan, approximately 75,000 copies have been sold as of 2013. Highly anticipated by fans, the album received primarily positive reviews from critics; for instance Allmusic gave it a three and a half star rating. Having said that, some lesser reviews did stem from sources such as The Rolling Stone Magazine and BLARE.

Eventually splitting temporarily to work on independent projects, Chidera released a new single entitled, Breathe in August of 2013. That September, he followed up with a second title, HeartBeat (Feat. Two Guys). Another few months later, it was announced that he would be dropping his long awaited mixtape, Baggage Claim on October 11, 2013. Due to various circumstances however, it was later pushed back to October 16, 2013, before once again being delayed to the spring of 2015. In February of 2015, he announced via Instagram that he was “90% done with his album” and that he also threw in a few surprises into the project. Despite all of this, the mixtape has still yet to be released.

Aside from their album Breakfast, some of their latest works together include the songs Heart Skips a Beat by Olly Murs and Shine by Outasight, both of which saw them as featured artists.

Aside from the accomplishments that he achieved as a member of the duo, Chidera has in fact, also earned himself a spot on the Guinness Book of World Records. On April 29, 2011, he rapped for a record-breaking nine hours, eighteen minutes, and twenty two seconds at the MTV Inaugural O Music Awards held in Las Vegas, breaking Canadian rapper D.O’s previous record of eight hours, forty five minutes and twenty three seconds. In a later interview, he described it as a “surreal experience”, and that he had to maintain rapping even during his bathroom breaks.

This February, Chiddy Bang announced the release of a new single, Full Speed Ahead, which was made via digital download. His first song in many years, it addressed both his disappearance from the music world as well as the various label politics that he has experienced. Produced by Paul Coulture, the title has been streamed well over 4.2K times since it was first uploaded onto Soundcloud.

Following the duo’s “split”, he also changed his username on multiple social media platforms from “chiddybang” to “realchiddy” to avoid confusion. In addition, the artist also changed his display name from his previous “Chiddy Bang” to simply “Chiddy”.

Looking for a way to stay connected with Chidera Anamege aka Chiddy? You can do so by visiting his online social media accounts- you can find him at @realchiddy on Twitter. Alternatively, you can also follow him on his official Facebook page at @Chiddybang.