Harrison Ford Net Worth 2018 – How Rich is The Actor Now? 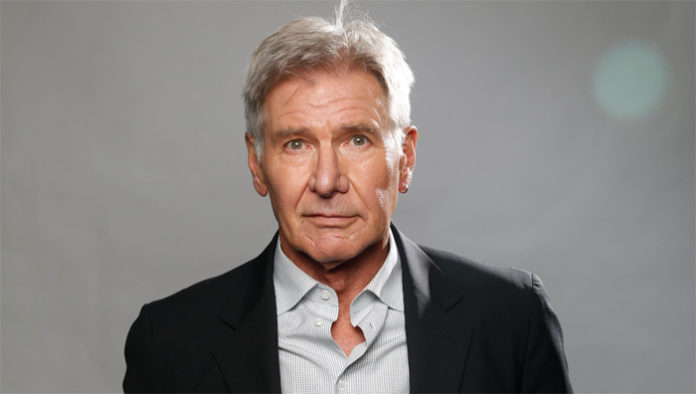 American actor Harrison Ford took the world by storm with his role as Han Solo in the ever-so-popular Star Wars film series. Hailing from Chicago, Illinois, Ford discovered his interest in acting after taking a drama course in college, hoping that it would earn him an easy A. When he was in his early twenties, he earned $150 a week playing various minor roles with Columbia Pictures. After a couple of uncredited roles, he made his official debut in the film, A Time for Killing (1967). Despite his best efforts however, he was met with a lack of success as an actor. To supplement his financial income, Ford started to work as a carpenter in 1973.

Ultimately, it wasn’t until the latter half of the 70’s that he received a breakthrough in the sci-fi film, Star Wars (1977). The big break that he’d been waiting for, he quickly rose to prominence with the release of its two sequels, The Empire Strikes Back (1980), and Return of the Jedi (1983).

Currently, Ford has a net worth that is in the hundreds of millions. Let’s see how he earned his wealth over the years.

How did Harrison Ford Make His Money 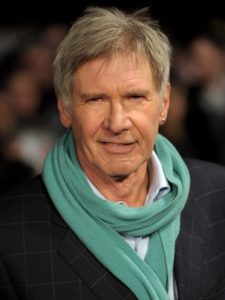 Born on July 13, 1942 in Chicago, Illinois, Harrison Ford first discovered his love for acting when he was in his early twenties. A student at Ripon College at the time, he signed up for a drama class during his senior year- hoping to achieve an easy A and to overcome his shyness. To his surprise, he quickly became fascinated with the art of performing. A few years later, he traveled to Los Angeles in hopes of landing a few radio voice-over gigs. Although he did not score any, he later signed a contract with Columbia Pictures, which earned him $150 a week.

With the company’s New Talent Program, he made his motion picture debut playing an uncredited role in the film Dead Heat on a Merry-Go-Round (1966). He later appeared in the Luv (1967), and Ironside (1967). Despite having given the movies his all however, the executives at the studio were less than impressed with his performance. Frustrated at his lack of success, he started to work as a carpenter to make ends meet.

In 1973, Ford received his first “major role” in the drama film, American Graffiti. With the increased exposure, he subsequently landed a few minor parts in the movie, The Conversation (1974), and in the series Kung Fu (1974), Petrocelli (1974), and Dynasty (1976). After many years of playing brief roles, the aspiring actor received a huge breakthrough in 1977 when he was cast as one of the starring roles in the epic space film, Star Wars.

Directed by George Lucas, Star Wars grossed over $1.5 million during its opening weekend (approximately $6.15 million in 2016, after inflation). Met with critical acclaim, it became the highest-grossing movie in all of North America within six months, having earned over $220 million. By the time Star Wars closed, it had earned over $775 million worldwide. Considered by many to be one of the greatest films of all time, it garnered nothing but high praises from publications such as the Chicago Sun-Times, The New York Times, The Washington Post, and The Guardian. The turning point of Ford’s career, the film went on to earn him a Saturn Award nomination in 1978. According to sources, the actor was paid $1,000 a week while working on the movie- which added up to a total of $10,000.

In 1980, he reprised his role in the successful sequel, The Empire Strikes Back. Upon its release, the film took in over $10.8 million through its initial limited release; it later grossed $209 million after being released nation-wide. Although it didn’t manage to override the record set by its predecessor, it still earned an impressive $538.4 million altogether at the box office world wide. Despite having received a number of mixed reviews, there’s no doubt that The Empire Strikes Back effectively cemented Ford’s place in Hollywood. Compared to the previous film, Ford earned a much greater amount for his role- approximately $250,000.

Reaching celebrity status, Ford later starred in two successful films over the next two years, Indiana Jones – Raiders of the Lost Ark (1981), and Blade Runner (1982). While they didn’t achieve the same magnitude of success as the Star Wars series, the movies still earned the actor a sizable chunk of change. More specifically, the titles had earned him $400,000 and $350,000 respectively- which converts to about $1.1 million and $980,000. From there, he eventually starred in the sequels Return of the Jedi (1983), Indiana Jones and the Temple of Doom (1984), and Indiana Jones and the Last Crusade (1989). Altogether, the three features yielded him over $16 million.

In 1990, Ford’s net worth took a huge leap after he starred in the legal drama film, Presumed Innocent. Depicting the story of a prosecutor who is charged with the murder of his mistress and colleague, it grossed over $11.7 million during its first weekend- putting it at number one at the North American box office. Although ticket sales dropped in the subsequent weeks, it managed to earn a total of $86.3 million within Canada and the United States. After combining the $135 million that it took in from the international market, Presumed Innocent had a worldwide gross of $221 million. The highest grossing Warner Bros. film of the year, Ford’s portrayal of the lead role yielded him a cut of $12.5 million.

In 1992, he also earned another $9 million from playing the lead protagonist in the spy thriller film, Patriot Games. Adapted from a novel of the same title by Tom Clancy, it was a commercial success, having debuted at the top of the North American box office. Within the first week, it had grossed over $18.5 million across 2300 screens; it later grossed an additional $11.2 million in the second week. Domestically, Patriot Games ended up taking in $83.3 million while internationally, it grossed $94.7 million in foreign markets. As a whole, it had a worldwide gross of $178 million. Ford would later reprise his role in the sequel, Clear and Present Danger in 1994 (which yielded another $10 million for the star).

In addition to his live action acting, Ford has also delved briefly into copy writing and producing. In 2002, he produced his first project, K-19: The Widowmaker, the same movie that he starred in. Following that, he executively produced the 2010 film, Extraordinary Measures. As a writer, he was involved in the creation of the short TV series, Nature is Speaking in 2014.

Harrison Ford is married to actress Calista Flockhart. After meeting at the 2002 Golden Globe Awards ceremony, they started dating for several years prior to becoming engaged on Valentine’s Day in 2009. The couple later tied the knot on June 15, 2010 in New Mexico.

Prior to his current marriage, Ford was married to Mary Marquardt- his first wife from 1964 until 1979 and to Melissa Mathison from 1983 until 2001.

Does Harrison Ford Have Any Children?

Yes, he has five children. With his wife Flockhart, he has an adopted son named Liam Ford (b. 2001). From his first marriage with Marquardt, the actor has two son named Willard (B. 1969) and Benjamin (b. 1966), and from his second marriage, he had two more children named Georgia and Malcolm (b. 1990).

Did Harrison Ford Go to College?

After graduating from Maine East High School, Ford moved to Wisconsin to attend Ripon College where he studied philosophy- it was ultimately there that he discovered his interest for acting. Having said that, he left college prior to completing his degree. 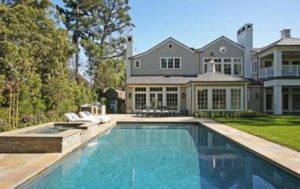 In 2011, Harrison and his wife bought a new house together in Los Angeles for a staggering $12.65 million. The 14,000 square foot newly constructed home includes seven bedrooms and nine bathrooms- plenty of room for family visits. Featuring a prominent three-car garage, it also comes complete with a swimming pool in the backyard.

What Kind of Car Does Harrison Ford Drive?

Among Ford’s private collection of cars is a 1966 Austin Healey 3000- it features a weatherproof convertible top, roll-up windows and power assisted brakes for a smooth ride.

In addition to driving on the ground, it’s also no secret that he is an avid helicopter pilot. Thus, it’s not surprising that Ford also has a few of his own including a Vintage 1929 Waco Taperwing, a Bell 407, Cessna 208B Grand Caravan, a Beechcraft Bonanza B36TC, an Aviat A-1B Husky, a Cessna Citation Sovereign N5GU, and a DHC-2 Beaver. On several occassions, he has lent his Bell 407 for various rescue operations.

Harrison Ford as a Philanthropist

An environmental advocate, Ford has been involved with Conservation International- an organization that helps to provide funds for scientists to identify and overcome biodiversity threats- since 1991. Throughout the years, he has donated generous amounts of both time and money to various conservation issues.

As well, he is also the Honorary Chairman of a program called Young Eagles- which helps to provide children a chance to fly in an aircraft free of charge. Since the program was launched in 1992, Ford has taken time out of his schedule to fly more than 280 children.

Since the beginning of his acting career, Harrison Fords’ films have grossed a total of $4.7 billion in the United States and over $6 billion worldwide- making him the highest-grossing star in the US box office. In 1997, he was also listed at the top of Empire Magazine’s “Top 100 Movie Stars of All Time”.

The first actor to receive a Hero Award for his iconic roles as Han Solo and Indiana Jones, he has received numerous accolades among which are four Golden Globe Award nominations, and an Oscar Award nomination. Officially inducted into the Hollywood Walk of Fame in 2003, he also earned himself an AFI Life Achievement Award in 2000.

This coming fall, Harrison will be starring in the sci-fi film, Blade Runner 2049– the direct sequel to the original title, Blade Runner (1982). Set thirty years after the events of the initial movie, it will be reaching theaters on October 6, 2017.