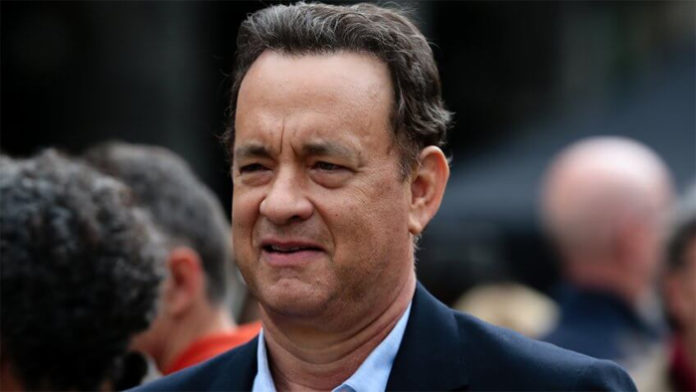 The third highest-grossing actor in North America, Tom Hanks has starred in countless high-profile films such as Splash (1984), Apollo 13 (1995), and Saving Private Ryan (1998). After several years of studying theater at California State University, he began his career as an intern at the Great Lakes Theater Festival. From there, Hanks eventually made his motion picture debut in the 1980 slasher, He Knows You’re Alone. The next year, he received a small break after being cast as a series regular in the sitcom, Bosom Buddies (1981). Although it was canceled after two seasons, it garnered the up-and-coming actor some exposure.

In 1984, Hank was offered a lead role in the romance comedy film, Splash. The turning point of his career, it garnered him much widespread attention as a new actor. From playing minor roles to being one of the most recognized faces in Hollywood, he has come a long way since his career beginnings.

Nowadays, he’s one of the most wealthy individuals in the show business. Let’s take a look to see how he earned his fortune.

How did Tom Hanks Make His Money and Wealth? 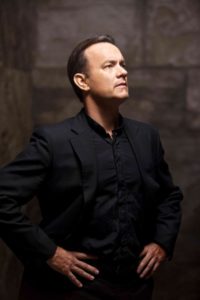 Born on July 9, 1956 in Concord, California, Tom Hanks was inspired to become an actor after watching a performance of The Iceman Cometh (1946) in his early twenties. Wanting to pursue acting as a career, he transferred to California State University’s theater program from a junior college. While studying theater at the institute, he became an intern at the Great Lakes Theater Festival, under the recommendation of its head, Vincent Dowling.

Due to the work-heavy aspect of the internship, Hanks soon dropped out of college to focus on it full-time. After his training was complete, he relocated to New York City where he started to audition for various roles. In 1980, the aspiring actor made his movie debut in the low budget slasher, He Knows You’re Alone. Shortly afterward, he received a small break after cast as a series regular in the sitcom, Bosom Buddies (1980).

Although the comedy was cancelled after two years, it offered Hanks some much needed exposure as a new actor at the time. Several scattered roles later, he received a breakthrough with the romance comedy, Splash (1984). Starring alongside Eugene Levy, Daryl Hannah, and John Candy, his portrayal of the lead protagonist earned him high praise from critics and viewers alike. Despite being produced on a budget of $8 million, Splash ended up grossing over $69 million worldwide. The turning point of his career, the movie ultimately rocketed him toward celebrity status. According to reports, the film had earned him a cut of approximately $70,000.

In the summer of 1988, Hanks starred in Penny Marshall’s comedy film, Big. Met with critical acclaim, the movie debuted at number two on the North American box office, having grossed more than $8.2 million during its opening weekend. By the time it closed in theaters, it had taken in over $151 million- making it the first female-directed film to break the $100 million mark. Showered with praise, Big eventually went on to receive two Oscar nominations, one of which went to Hanks. For having put his all into the movie, he also received a Golden Globe for Best Performance by an Actor in a Motion Picture in 1989. According to many, this was the point in which Hank’s acting first made him into a millionaire- as he was paid over $1.7 million for his role.

His next big break came in 1994 when he starred in the comedy drama film, Forrest Gump. The highest-grossing movie of its year, it pulled in over $24 million in ticket sales within the first week. Number one at the box office for ten consecutive weeks, it ultimately earned a total of $329.7 million within the US and Canada; after combining the amount that it grossed internationally, Forrest Gump had a worldwide gross of $677.9 million- over twelve times that of its $55 million budget! Having reportedly earned a percentage of the gross, Hanks is said to have taken home upwards of $70 million from the film.

In 1998, Hanks was chosen to star in Steven Speilberg’s epic war film, Saving Private Ryan. Lauded for its realistic portrayal of war, it took in over $30.5 million during its opening weekend. Within the United States and Canada alone, the motion picture grossed more than $216 million. The highest-grossing US movie of its year, it later achieved a worldwide gross of $481.8 million. Having put forth another stunning performance, Hanks received an Oscar nomination as well as a Golden Globe nomination for his portrayal. Salary-wise, it yielded him a good $40 million- which is not too surprising considering the success of the film.

That same year, he also played the male lead in the romantic comedy, You’ve Got Mail (1998). Upon its theatrical release, it entered the box office at number one, grossing over $18.4 million during its opening weekend. Eventually earning $135 million from the international market, its worldwide gross added to be a whopping $250 million. Not only did the movie earn him another $20 million, but it also netted him an American Comedy Award nomination and a Blockbuster Entertainment Award nomination.

In 1999, the actor starred opposite of Michael Clarke Duncan in the fantasy crime drama, The Green Mile. Depicting the life of a death row corrections officer during the 1930’s, earned $18 million on its opening weekend. Praised and nominated for four Academy Awards, the movie grossed a worldwide total of $136 million by May of 2000. Hailed as one of the best films ever to have been made by many, approximately 15% of the movie’s gross went to Hank- this works out to be about $20 million.

From that, it can easily be seen that much of his wealth has come from his success on the big screen as an actor. Having said that, he has also made a name for himself as a film producer. Some of the most well known works that he’s produced over the years include From the Earth to the Moon (1998), Band of Brothers (2001), Big Love: In the Beginning (2007), John Adams (2008), and The Pacific (2010).

In addition to his accomplishments in Hollywood, Tom Hanks has also taken on a number of successful business ventures. For instance, did you know that he has his own mobile game? In 2012, he released an Android and iOS role playing game called, Electric City: The Revolt. Since then, he has also come out with a typewriter app that has topped the iTunes Chart.

Like many celebrities, Hanks has also endorsed a handful of brands throughout his career. For instance, he has teamed up with the companies Sony, Hanx Writer, and Intel in the past- these opportunities would have added a fair to to his already impressive annual salary. Let’s also not forget the fact that he owns several restaurants in Washington, his own line of Vodka, his own line of clothing, as well as a top-selling brand of perfume. Word is, he’s also made some smart stock investments which has helped to bring his net worth up.

Tom Hanks has been married to fellow American actress, Rita Wilson for 28 years; the two have starred in a handful of movies together such as Volunteers (1988).

Prior to his current marriage, the actor was married to actress Samantha Lewis from 1978 until 1987.

Does Tom Hanks Have Any Children?

Yes, the actor has four children. With Wilson, he has two sons- Chester Marlon Hanks (b. 1990) and Truman Theodore (b. 1995). Chester had a brief role in the film Indiana Jones and the Kingdom of the Crystal Skull (2008).

Where Did Tom Hanks Go to College?

After graduating from Skyline High School in Oakland, California, Tom Hanks went to Chabot College located in the city of Hayward. A couple of years into his studies, he made the decision to transfer to California State University for their theater program.

Where Does Tom Hanks Live? Pictures of Tom Hanks’ House 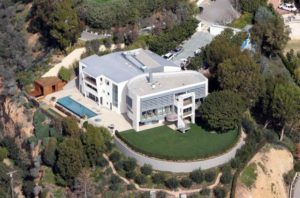 Tom Hanks purchased a $26 million mansion located in the Pacific Palisades neighborhood in California in 2010. Built in 1996, the 14,500 square foot home featured five bathrooms and four bedrooms. Complete with a spacious terrace and a cliff-side swimming pool, the property also includes a library, a wine cellar, a screening room, a spa, as well as a walk-in humidor.

More recently last summer, the actor put two of his mansions up for sale- one for $9.25 million and another for $8.75 million.

What Kind of Car Does Tom Hanks Drive?

Tom Hank has three vehicles, a Mercedes Benz S Class, a Chevy Tahoe, as well as a Toyota Prius.

A true philanthropist, the actor has been involved in well over two dozen charities including the Elizabeth Glaser Pediatrics Aids Foundation, Lifeline Energy, Elie Weisel Foundation for Humanity, Bid 2 Beat Aids, Eif’s Women’s Cancer Research Fund, Hold in the Wall Gang, among a few others.

Not only is he generous, but he is also one of the nicest guys in Hollywood. Back in 2014, he gave his cabbie a massive tip as well as an invitation for him and his wife to a Broadway show- complete with a pass to the backstage.

Throughout the decades, his movies have grossed well over the $4.5 billion mark in Canada and the United States. Worldwide, this number is more than $9.0 billion. The third-highest earning actor in all of North American, he has won countless awards including two Academy Awards, four Golden Globes, six Primetime Emmy Awards, three American Comedy Awards, six People’s Choice Awards, among numerous others. In 1992, his work also earned him a star on the Hollywood Star of Fame.

In addition to the industry accolades that he’s won, Hanks has also be recognized with a Douglas S. Morrow Public Outreach Award, a Kennedy Center Honors Medallion, a French Legion of Honor, as well as a Presidential Medal of Freedom.

In terms of upcoming acting projects, Hanks will be appearing in two new movies this year- The Post (2017), and The Circle (2017). It has also been announced that he will be reprising his voice as Woody in the highly anticipated Pixar film, Toy Story 4 (2019).