James Corden Net Worth 2018 – How Rich is The Late Late Show Host? 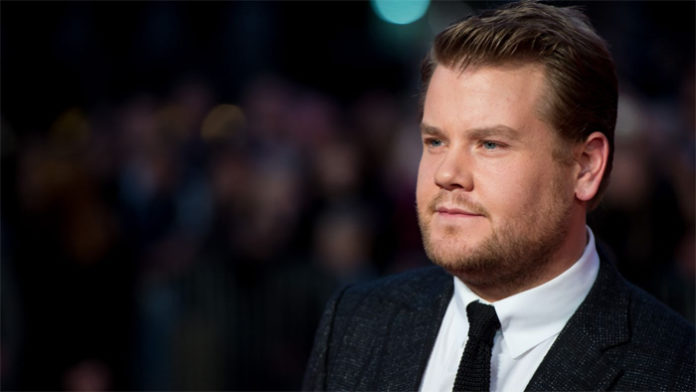 English actor and television personality James Corden first rose to prominence as a series regular in the British drama, Fat Friends (2000). Born in Greater London, he made his stage debut in a production of Martin Guerre at the age of eighteen. Like many actors, breaking into the show business proved to be challenging. In 1996, he appeared on the small screen for the first time in an episode of Out of Tune. Some of his other early acting credits include Twenty Four Seven (1997), Renford Rejects (1998), Boyz Unlimited (1999), Whatever Happened to Harold Smith? (1999), and Jack and Beanstalk: The Real Story (2000).

It wasn’t until several years after his debut that he obtained success with the drama series, Fat Friends in 2000. Since then, Corden has successfully built a career for himself as an accomplished actor.

Would you be surprised to know that he’s easily a millionaire in 2017? Let’s take a look at how he earned his net worth over the years.

How did James Corden Make His Money and Wealth 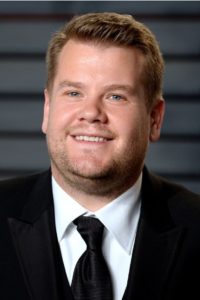 Born on August 22, 1978 in London, England, James Corden spent the majority of his youth in the village of Hazlemere. The son of a musician, it didn’t take long for him to develop an interest in the performing arts. After graduating from high school, he appeared on stage for the first time in a musical production of Martin Guerre– although he only had one line. As one thing led to another, Corden soon decided to try his luck at television in the mid to late 90’s.

Despite his determination, breaking into the show business proved to be difficult. In 1996, he made his television debut in an episode of Out of Tune. From there, he went on to appear in Twenty Four Seven (1997), Renford Rejects (1998), and Boyz Unlimited (1999). While these early roles didn’t yield him much in terms of salary, it marked the first steps of his acting career.

In 2000, he finally received a small break after being cast as a series regular in the British TV series, Fat Friends. Immensely popular in Britain, it managed to attract over 10 million viewers during its pilot episode. Quite possibly the turning point of Corden’s career, his performance in the show later earned him a Royal Television Society Award nomination for Newcomer On Screen.

While he starred in Fat Friends, Corden also appeared in a series of films including All or Nothing (2002), Heartlands (2002), Pierrepoint (2005), and The History Boys (2006). In 2001, the actor also joined the main cast of the BAFTA Award-nominated comedy drama, Teachers. While not as noteworthy as his role in Fat Friends, it helped to further establish his place in the show biz industry.

In 2007, the London-born actor starred in Gavin & Stacey– a romantic comedy series that he himself helped to create, alongside Ruth Jones. A breakthrough show for BBC Three, it proved to be a huge success, having easily attracted over 10,000,000 viewers at the peak of its popularity during the late 2010’s. One of the most watched TV programmings on the network, it later received several awards including two BAFTA Audience Awards and a British Comedy Award. Keeping in mind how popular and successful the sitcom was, it wouldn’t be surprising that Corden yielded a few tens of thousands altogether from the show.

Eventually branching out to reality TV, Corden became the host of the British comedy game show, A League of Their Own. The brainchild of Paul Brassey, each episode featured two teams of three, each of whom compete for the greatest amount of points. One of the most popular shows of its genre in the UK, it has been running on Sky 1 since March of 2010. Of course as its host, Corden receives a hefty check; reportedly, he earns up to $100,000 per episode of the series. Considering the fact that A League of Their Own has continued for well over 100 episodes, it’s probably fair to say that a sizable chunk of his fortune came from the show.

In 2014, the actor met with another great opportunity in Rob Marshall’s musical film, Into the Woods. One of the greatest movies that Corden has taken a part of, it was nothing short of a commercial success. After grossing $15 million during its opening day, it went on to earn over $31 million by the end of its opening weekend. Number two at the North America box office, the movie eventually yielded a grand total of $213 million worldwide. As one of the main cast members, Corden of course earned himself a hefty amount from the film.

From 2015 onward, Corden has also been hosting the late-night talk show, The Late Late Show with James Corden on CBS. Succeeding Craig Ferguson, he not only acted as the host, but he also served as one of the executive producers and writers as well. Still airing to this day, it has garnered several awards including two Prime time Emmys for Outstanding Interactive Program and Outstanding Variety Special.

In 2009, he also presented at the Brit Awards for the first time; he later reprised his role as host in the 2011 Brit Awards a few years later. Finally in 2013, he hosted the annual ceremony for a third time. With his level of expertise, each appearance would have undoubtedly earned him a generous amount.

Outside of television and film, his involvement in theater has also supplemented his  income. For instance in the mid to late 2000’s, he participated in several performances of The History Boys, which brought him to a number of cities from Hong Kong to Sydney. Since then, Corden has also starred in One Man, Two Guvnors.

Unbeknownst to some, Corden has contributed to a few singles in the past years. In 2010, he collaborated with Dizzee Rascal on Shout– the unofficial anthem of the England football team during the 2010 FIFA event. Fairly successfully, it eventually peaked at number one on the UK Singles Chart, selling well over 100,000 units during the first week. In addition to that, he has also been featured in the singles Only You and The Greatest Gift.

As far as business endeavors go, it was recently announced that he has joined Fulwell 73, an independent production company, as one of their partners.

Unsurprisingly, Corden has also done a lot of work in the commercial area. Perhaps one of his greatest endorsement deals was with Samsung; at the time, he collaborated with the company with the launch of Galaxy S6 Smartphones. Currently, it is estimated that $52,000 of his net worth has come from said contracts.

Looking at the numbers, the actor/TV host’s net worth has been steadily increasing over the past years. From 2013 to 2015, his fortune has come up by approximately $30,000.

Yes, James Corden has been married to television producer Julia Carey for four years; the two tied the knot on September 14, 2012. The pair were introduced to each other many years ago through a party held by Corden’s then roommate, Dominic Cooper.

Prior to that, he was in a relationship with Sheridan Smith from 2007 (whom he broke up with shortly prior to meeting Carey) until 2009 and with Caroline Flack in 2009.

Does James Corden Have Any Children?

Where Did James Corden Go to College?

James Corden did not go to college. After graduating from Holmer Green Upper School, he turned his attention to drama and acting and has not looked back. 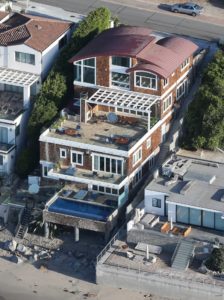 Last October, the star is said to have moved into a luxurious beachfront home located in Malibu, California. The sprawling mansion comes with six bedrooms, seven bathrooms and even has its own private gym, infinity pool, and of course- a stunning view of the ocean. Equipped with its own elevator and professional kitchen, its monthly rent is reportedly $80,000 a month! While the property was originally put up for sale for $24 million, it was later taken down so Corden could rent it with his family.

Prior to this, James Corden had been residing in his Brentwood, LA villa for $23,000 a month.

James Corden as a Philanthropist

This past year, Corden announced that he would be donating his presenting fee- a figure estimated to be ~$64,000 from the 2017 Brit Awards to charity. For this act of generosity, he received countless tweets of praise, one of which described him as “one of the nicest stars in Britain”.

An altruist at heart, he has also supported various organizations over the past years including UNICEF, Teenage Cancer Trust, Children in Need, Genesis Research Trust, PETA, the Great Ormond Street Hospital, and Sport Relief, among a few others.

Currently, the actor has been busy working on several upcoming films including The Emoji Movie (2017), Ralph Breaks the Internet (2018), Peter Rabbit (2018), and Ocean’s Eight (2018), a number of which are voice-acting roles.

Finally of course, he has been continuing to host his popular late-night talk show, The Late Late Show with James Corden.