Rob Kardashian Net Worth 2018- How Rich is He Now?

It’s strange – even though it appears that Rob Kardashian, the younger brother of the famous Kim and Khloe Kardashian, and on again-off again boyfriend to Blac Chyna, has a true net worth of $6 million dollars, it looks like he is constantly having financial issues. He is portrayed as bumbling and frequently in need of his famous family’s financial help on the reality show Keeping Up With the Kardashians.

How Did Rob Kardashian make his money & wealth 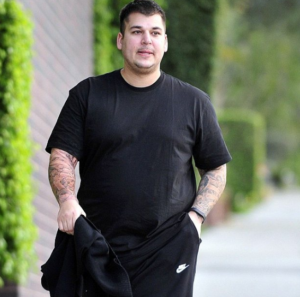 Rob was featured in the reality show about his family, Keeping Up with the Kardashians. The show began in 2007 and is currently in its eleventh season despite its poor reviews as trite and intelligent. During that time, Rob was attending school. In 2009, Rob finished his business degree at the University of Southern California’s Marshall School of Business. He also appeared on several spin-offs of Keeping Up with the Kardashians such as Kourtney and Kim Take New York and Rob & Chyna. These shows helped Rob Kardashian rake in his wealth.

In addition to the television shows, Rob Kardashian has also appeared on the thirteenth season of Dancing With the Stars. He was partnered with Cheryl Burke, who had won the show twice before. She and Rob made it all the way to the finals, despite almost being eliminated in week four. The pair did not win, but they managed to take second place, which earned Rob Kardashian the title of Most Improved Dancer.

Rob Kardashian’s next money making venture was PerfectSkin, which was a skincare line that Rob helped his sisters with. It came in three pieces for $29.95 with a face cream, a toner, and a facial cleanser. This product line was launched in 2010, and it expanded with a purifying mask and an under eye product. Next came the video game business Rival Spot, and the all female super group BG2, for which Rob is the talent manager.

Rob Kardashian has added to his millions by collaborating with Scott Disick to design and release a men’s clothing line at Sear’s in 2012. Soon after, he launched a men’s sock line called Arthur George.

In 2013, Rob suffered from depression and weight gain. He stopped appearing on Keeping Up With the Kardashians and its spinoffs. He did not even attend the 2014 wedding of his big sister Kim to rapper Kanye West. Rob Kardashian managed to turn his life around in 2015 and lost a ton of weight. It helps that he only gets paid when he films. Six million dollars weighs about 132 pounds if it’s measured in $100 bills, and Rob had about that much to lose! 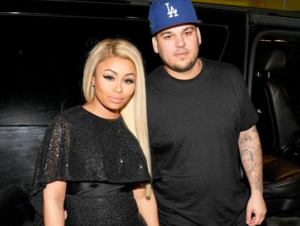 Rob Kardashian is not married, but he has had a fascinating on-again, off -again relationship with the mother of his child – Blac Chyna. Blac Chyna is a model, and she gave birth to the pair’s daughter, Dream, in November of 2016. Around that time, Rob and Chyna had a huge public fight on social media and were rumored to be done for good. Now it looks like the couple has gotten back together, both for the sake of their family and the second season of their television show.

Rob Kardashian Salary & Annual Earnings in 2017
It is rumored that the Kardashian brother made $2 million a year for Keeping up with the Kardashians. This number probably increased once Rob and his girlfriend Blac Chyna got their own show. Rob is still raking in wealth from his side ventures as wealth, so it is likely that he made several million more last year. 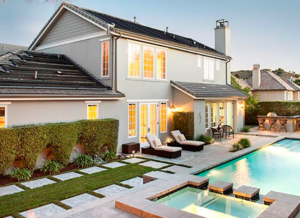 Rob bought a house in Calabasas, California in February 2016 with the help of his mother, Kris Jenner. The home was purchased by the family trust, and it sold for $2.3 million. A little less than a year later, the house is back up on the market for $2.285 million. It features a pool, a library, four bedrooms, and five bathrooms within its 4,256 square feet – you know, in case you are interested. According to TMZ, Rob is eyeing a $6 million mansion in Encino with eight bedrooms while he rents a house from his sister Kylie, and tries to sell his. 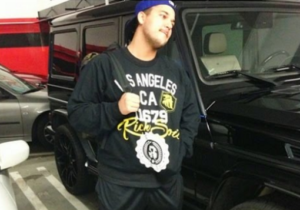 Rob likes to drive his expensive cars. The most recent one, a brand new Range Rover, was a gift from his girlfriend, Blac Chyna. He has also been pictured in a Lamborghini Aventador, a Mercedes-Benz G-Wagon, as well as a Porsche Panamera.

Charity and donations and philanthropy
In 2009, Rob Kardashian participated in an event called Kardashian Charity Knockout, which occurred in Los Angeles. He fought against James Taylor, who was a trained fighter and got knocked out cold. The money went towards the Dream Foundation, which is a wish-granting organization for adults with debilitating illnesses.

Rob Kardashian’s Accomplishments:
Rob Kardashian has managed to make a name for himself that is distinct from his famous sisters, and that is an achievement all on its own. Kim Kardashian especially casts a long shadow, so it is impressive that Rob has made a name for himself as a talent agent and television star. Rob also managed to overcome his personal issues and lose his extra weight, which is not an easy task for anybody.