What Happened to Maya Rudolph – Recent Updates for 2018 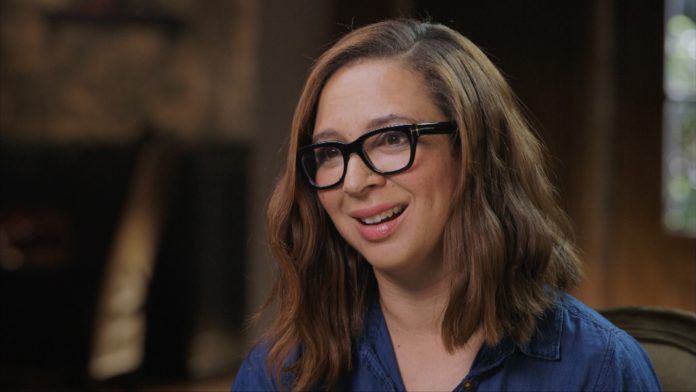 Maya Rudolph is very popular as both an actress and a comedian, and over the course of her life she has amassed quite a few fans. Since the early 2000’s, she has been making a real name for herself in the spotlight. However, you don’t really hear about her today as you did in the past. Is Maya Rudolph still acting? Has Maya Rudolph retired? I plan on answering both of those questions in this article, among many others. I’ll talk a little bit about how Maya Rudolph became famous, while also providing her fans with an update as to what she has been up to more recently. Without further ado, let’s see if we can’t figure out what Maya Rudolph is doing now in 2018.

Maya Rudolph was born in Gainesville, Florida in July of 1972. She grew up in a family that was already involved in entertianment. Her mother, Minnie Riperton, was a well-known singer songwriter who was famous as a soul and R&B artist. (She is perhaps best known for her #1 single “Lovin’ You”, which was released in 1975.) Rudolph’s father, Richard Rudolph, was a reputed producer who has produced music for a variety of different films, including Cocoon, Weekend at Bernie‘s, and Running Scared. Richard was also a songwriter, and he shares songwriting credit with his wife on her songs “Lovin’ You”, “Adventures in Paradise”, “Memory Lane”, and others. Since her family moved there when she was very young, Maya primarily grew up in the Westwood neighborhood of Los Angeles, California. Maya’s life took a turn for tragedy in 1979 when her mother died of breast cancer at just 31 years old. 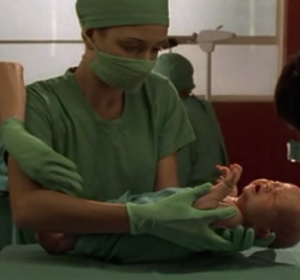 Still, Rudolph went on to get an education at Crossroads School in Santa Monica. She graduated from Crossroads in 1990 and went on to study at the University of California, Santa Cruz to pursue higher education. Maya ended up graduating from this school with a bachelor’s degree in photography. While living in the Los Angeles Area, Maya spent a little bit of time getting involved with The Groundlings, an improvisational sketch comedy troupe that formed in the mid-1970’s. Maya dabbled a little bit in entertainment prior to joining The Groundlings, having brief appearances in films like As Good As It Gets and Gattaca, while also having minor roles in television shows like Chicago Hope. Like many former members of The Groundlings, Rudolph ended up attracting attention from others, including the ever-prestigious sketch comedy television show Saturday Night Live.

Maya Rudolph on Saturday Night Live and beyond

Starting in 2000, Maya Rudolph began her career on Saturday Night Live, and she served a variety of different roles on the program. Her natural musical talents were frequently used on the show, where she was used to impersonate famous musical artists like Christina Aguilera, Nelly Furtado, Whitney Houston, Tina Turner, and Beyoncé. Maya became a very popular cast member, appearing in over 140 episodes over a seven year period. While she worked on the show, she was also able to land roles in films like A Praire Home Companion, Duplex, Chuck & Buck, Duets, and Wake Up, Ron Burgundy: The Lost Movie. In November of 2007, she appeared in her final episode of Saturday Night Live as a regular cast member, although she would regularly make guest appearances in the years to come. With such a defining part of her career behind her, Maya decided to venture out into other paths of entertainment. 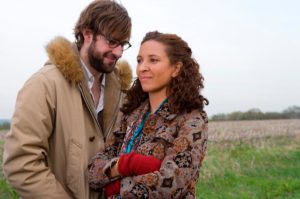 In 2009, Rudolph took on something entirely new when she starred in the movie Away We Go alongside John Krasinski. As a comedy-drama, Away We Go was still partially in Rudolph’s comfort zone, while also providing her with a whole new test as a dramatic actress. As it turns out, she was very successful. Due to her performance as Verona De Tessant, Rudolph was nominated for a Black Reel Award for Best Actress, a Chicago Film Critics Association Award for Best Actress, and a Washington D.C. Area Film Critics Association Award for Best Actress. Although this role established her as a very capable dramatic actress, she still seemed to prefer to work in comedy. In the years to follow, she had roles in movies like MacGruber, Grown Ups, and Bridesmaids. Her work in Bridesmaids is especially notable, since it earned her some critical acclaim. She was nominated for an NAACP Image Award for Outstanding Supporting Actress in a Motion Picture, a Teen Choice Award for Choice Movie Actress, and many other honors.

Starting 2011, Maya starting another defining chapter in her career with a major role in the short-lived NBC comedy series Up All Night. Rudolph shared the screen with satrs like Christina Applegate, Jennifer Hall, and Will Arnett. Despite the star-studded cast, most critics saw Rudolph as one of its strongest performers. Her work on the show earned her a Satellite Award nomination for Best Actress in a Television Series Musical Comedy for two years in row, in both 2011 and 2012. Up All Night officially ended in 2012 following its second season, and Rudolph kept her feet in order to maintain the momentum of her career. She stepped away from television for a little while, mostly just having guest appearances on television shows like Comedy Bang! Bang! and Portlandia. She continued to have roles in movies, especially voice roles in animated movies like Turbo, The Nut Job, and Big Hero 6. Ever since the end of Up All Night, you don’t see Maya Rudolph’s face on television nearly as much as you used to. What has she been doing?

Although she is nowhere near as prominent on television as she used to be, Maya is still a very big part of entertainment. In 2016, she had a couple of guest appearances on comedy television shows like Brooklyn Nine-Nine and Documentary Now!. The bulk of her work in recent years, however, come from film. In 2016, her most notable roles include a voice credit in The Angry Birds Movie and a supporting casting role in the critically acclaimed comedy Popstar: Never Stop Never Stopping. In 2017, you can see her play Sgt. Hernandez in the comedy movie CHiPs. She is also set to appear in the drama We Don’t Belong Here (which features the late Anton Yelchin in his final role), The Emoji Movie as Smiler, and The Nut Job 2, where she will reprise her role of Precious. Movies definitely seem to be Maya Rudolph’s thing right now, so fans of her work on shows like Saturday Night Live or Up All Night should plan on going to the theater a few times this year.