Sylvester Stallone Net Worth 2018 – How Rich is the Rocky Actor? 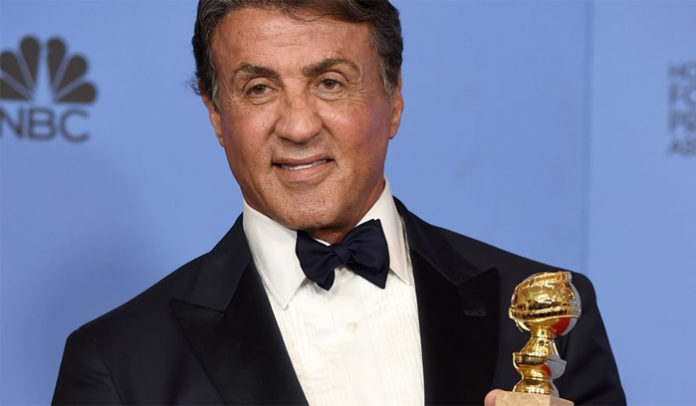 Hollywood star Sylvester Stallone first rose to fame in the mid 70’s for his portrayal of John Rambo in the Rambo film series. Hailing from New York City, he studied drama briefly at the University of Miami before dropping out to pursue an acting career full-time. Prior to his big break, Stallone worked a number of odd jobs to make ends meet including as a theater usher and a zookeeper. In his early twenties, he made his movie debut in the film The Square Root (1969). He later portrayed various small roles in the movies The Party at Kitty and Stud’s (1970), Rebel (1970), The Lords of Flatbush (1974), and The Prisoner of Second Avenue (1975).

From there, he achieved a whole new level of fame after starring in the Academy Award-nominated movie, Rocky (1976). Since his initial breakthrough, Stallone has become one of the most popular celebrities that Hollywood has to offer. On top of that, he’s also built a sizable fortune for himself throughout the years.

How exactly did he earn his wealth? Let’s take a look.

How did Sylvester Stallone Make His Money and Wealth? 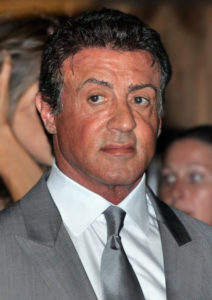 Born on July 6, 1946 in Hell’s Kitchen, New York City, Sylvester Stallone (Birth Name: Michael Sylvester Gardenzio Stallone) led a less than idyllic childhood. After having spent the initial years of his youth at a foster care, he eventually stayed with his father following his parents’ divorce. Although he was not a straight-A’s student by any means, he successfully went to college where he studied drama. Wanting to focus the entirety of his attention on starting an acting career, he ultimately dropped out prior to obtaining his degree.

His dream of becoming an actor proved to be challenging; to make ends meet at the beginning, Stallone worked several odd jobs- for instance, he ushered at a local theater and cleaned up the lions’ cages at the zoo. Gradually landing various roles, the aspiring actor went on to appear in the films The Square Root (1969), The Party at Kitty and Stud’s (1970), Rebel (1970), and The Lords of Flatbush (1974).

On top of acting, the New Yorker also had a keen interest in writing. In the early 70’s, he wrote a screenplay that revolved around a thug who struggles to make it big as a professional boxer. While the story captured the attention of many parties, Stallone refused to sell the script unless he was to play the lead character. With a little bit of luck, he met Robert Chartoff and Irwin Winkler who allowed him to star in the movie.

Rocky, as the movie was called, was eventually released in theaters on December 3, 1976. Despite being a low budget film, having been created on a budget of $1.1 million, it proved to be a massive commercial success. During its opening weekend alone, it had earned $5 million- by the time the movie closed, it had taken in a total of $117 million in North America (approximately $460 million in current dollars after inflation). Not only was the film met with critical acclaim in Canada and the United States, but it also grossed $107 million in foreign markets for a worldwide total gross of $225 million. The big break that he’d been waiting for, Rocky quickly turned Stallone into a major celebrity. For his contributions to the film, he was reportedly paid $23,000.

In the summer of 1979, Stallone reprised his role as the movie’s title character in the sequel, Rocky II. Once again written by the actor, it took in approximately $6.3 million during the opening weekend; by the end of its theatrical run, it had grossed over $85.1 million at the North American box office. After taking its international sales into consideration, Rocky II had a worldwide gross of $200 million.

With its success, it eventually spawned a third sequel, Rocky III in May of 1982. The second of the series to be directed by Stallone, it proved to be yet another major success; in fact, it surpassed that of its predecessor, having grossed $16 million over its opening weekend. The fourth highest-grossing film of its year, it later went on to earn a total of $125 million within North America alone; in total, it grossed approximately $270 million across the globe. Nominated for an Academy Award, it is said to have yielded the star $3.5 million- this would have instantly turned him into a multi-millionaire.

That same year, Stallone also penned another successful film called, First Blood (1982). In the film, the star portrayed the role of John Rambo- a troubled Vietnam veteran who must rely on his survival skills to go against a tyrannical police sheriff. Not only did the film top the North American box office, but it remained in that position for three consecutive weeks. A commercial hit, it took in $6.6 million during its opening weekend; it later earned $125 million worldwide against a $14 million budget, rendering it a financial success. According to reports, Stallone took home a cut of $7 million from the film.

In 1985, the actor- who has now risen to prominence, starred in the fourth instalment of the Rocky series, Rocky IV. Although the critical reception was generally mixed, it once again beat the records set in place by the previous films. Upon its release in theaters, it grossed close to $20 million during its opening weekend; in total, it had earned a whopping $300 million worldwide. An enormous financial success, it held the title of being the highest-grossing sports movie of all time for 24 years, until The Blind Side in 2009.

Besides acting, did you know that Stallone has also contributed to various titles as a singer? That’s right, he’s been involved with the production of a number of film soundtracks  such as those for Paradise Alley (1978), Rhinestone (1984), and Grudge Match (2013).

Aside from his work in the show business, Stallone has also taken part in numerous business opportunities over the years- all of which undoubtedly adds to his annual income. For instance this January, it was announced that he had invested in new boxing studio called Rumble, which is set to open in New York City. In the 90’s, the actor also teamed up with Arnold Schwarzenegger and Bruce Willis to promote a chain of restaurants- Planet Hollywood. Unfortunately, the restaurant ran out of funds and was forced to close down just a few years later.

Of course like many celebrities, he has also endorsed a handful of brands and companies such as Pontiac Bonneville, Kirin Beer, Citterio Food, Brisk, and RISE Credit.

Sylvester Stallone has been with his wife, former model, Jennifer Flavin since 1997.

Prior to his current marriage, he was with his first wife Sasha Czack from 1974 until 1985 and later with his second wife, actress and model Brigitte Nielson for two years in the late 80’s.

Does Sylvester Stallone Have Any Children?

Yes, he has five biological children. With his current wife Flavin, he has three daughters named Scarlet, Sistene and Sophia; they were given the title of being Miss Golden Globe at the 74th Annual Golden Globe Awards.

With his first wife, Stallone also had two sons, Seargeoh (b. 1979), who was diagnosed with autism as a young boy and Sage Moonblood (b. 1976) who tragically died from heart disease in 2012 at the age of 36.

Where Did Sylvester Stallone Go to College?

After graduating from Charlotte Hall Military Academy in the mid 60’s, he went to Miami Dade College briefly, prior to transferring to the University of Miami where he studied drama. Having said that, he ultimately chose to drop out of college in lieu of pursuing an acting career full time. 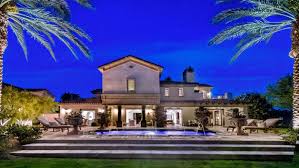 In 2015, Stallone put his four bedroom mansion up for sale in the California real estate market for $4.19 million. According to sources, he had purchased the home for $4.5 million back in 2010. Located behind the gates of a private golf club, the home includes five bathrooms, four bedrooms for a total square mileage of 5,173 square foot.

Exquisitely designed, it features vaulted ceilings, stone-carved elements, and designer doors throughout the home. Not only that, but it also boasts a chef’s kitchen, open-air terraces and a fully-equipped outdoor kitchen.

Outside in the backyard, there is also an adjacent fire pit and a swimming pool with spectacular views of the surrounding landscapes.

What Kind of Car does Sylvester Stallone Drive?

The celebrity has an impressive collection of cars including a Porsche Panamera, a Bentley Continental GTC, an Aston Martin DBS, a custom Camaro SS, and a Mercedes Benz SL65.

One of the highest paid actors in the world, Sylvester Stallone’s films have generated close to $4 billion dollars world wide. Throughout his career, his work- both as an actor and screenwriter, has garnered him countless accolades including three Academy Award nominations, a Golden Globe Award (among three nominations), a People’s Choice Award (among four nominations), and numerous others.

In 1984, he was also given his own star on the prestigious Hollywood Walk of Fame.

Sylvester Stallone as a Philanthropist

Over the years, Stallone has helped to raise thousands and thousands of dollars for various charitable causes.

For instance, he gave a special talk for the Canadian Diabetes Association in the spring of 2012, which helped to raise a total of $78,000 for the institution.