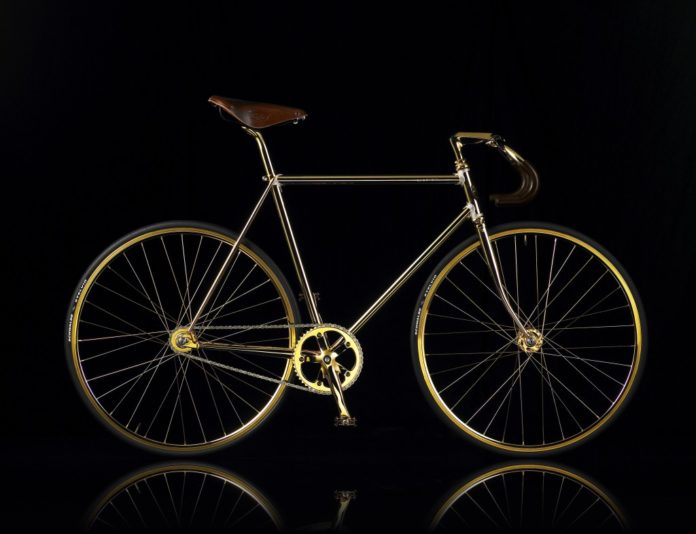 Cycling is one of the most popular recreational sports. Many cyclists bike for leisure, physical fitness, and competition. Hardcore enthusiasts usually buy several high-end bikes. Such high quality professional bikes can easily run into the thousands – but what if you’re a cyclist who wants something beyond the ordinary?

The richest cyclists can afford to do anything with style. Whether for work or leisure, some love to show off all the time. Many rich cyclists shell out cash for a bike with more creature comforts than the average car. A high end consumer bike will put a dent in your bank account, and one of these babies will put the average joe in debt.

Luxury goods giant Hermes doesn’t just make nice purses and jewelry. In 2014, the company created its first bike. The price tag of this bike isn’t much more than what top cycling competitors pay.

The bike is more than just a something to peacock with, however. The frame is constructed from ultra light carbon fiber, and soft bull leather envelops every contact point. It has 8 gears, more than enough for a daily commuting city bike. It is offered in black, white, and red. 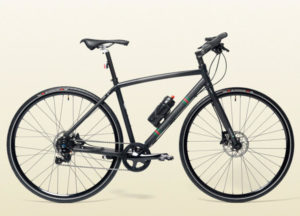 Bianchi is a big name in the realm of professional cycling. The company teamed up with Gucci to create the Urban bike. The bike costs over three grand Bianchi’s best bike, The Oltre Super Record. he brands also collaborated on some luxury sportswear to match the bike, including a helmet that retails for nearly $1000.

The bike has top of the line features such as disc brakes, a 22 pound carbon fiber frame, and 11 gears. The frame is adorned with Gucci nameplates and the brand’s signature stripes. 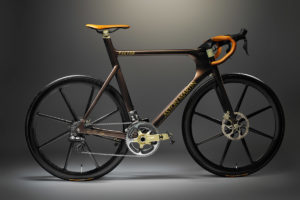 Automotive manufacturer Aston Martin makes rides slick enough for names bond, and and their One 77 Cycle is worthy of being pedaled by 007.

Among the bikes many fancy tech features are electronic disc brakes, hydraulics, leds, and an ultra advanced super computer that monitors over 100 forms of cycling data. Only 77 will ever be made. 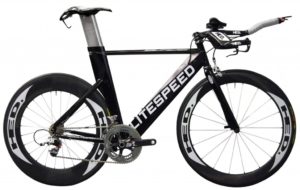 The Litespeed Blade is the ultimate functional superbike. Litespeed is a master titanium fabricator, and has even created titanium for NASA. The brand has multiple frames that weigh less than 2 pounds. Even more lightweight and expensive than carbon fiber, few can afford a bike from the material.
The blade weighs in at only 1300 grams.The frame is constructed from a mixture of carbon fiber and Litespeed’s signature titanium alloy. Even its chains, spokes, and brakes are designed for speed with the weight of a feather. 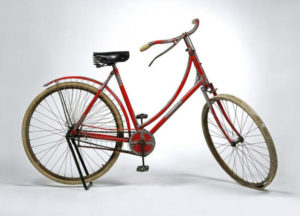 Although known for their lamps, Tiffany has also created many luxury products including bikes. Their silver-mounted Lady’s bicycle is their most expensive model.

The bike is meant for a female rider. It is pearlescent pink and features the Tiffany monogram throughout. 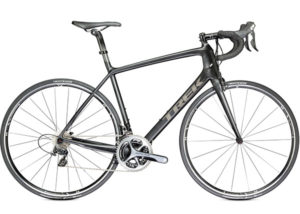 Trek is a highly respected consumer bike brand, but they too cater to rich clientele. The Trek Madone 7 is a bike worthy of a champion. In fact, it was designed for Lance Armstrong, who used it to win several races. Nike, Trek Bikes, Alan Friedman and Lenny Futura all took part in the bike’s design.

The bike is a luxury version of their famous Madone model. It is embedded with 307 diamonds, and also features the same technology as its $10,000+ counterpart. Aerodynamic design and top of the line components all compose this luxury bike. 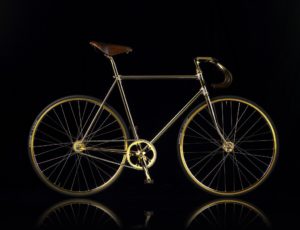 Although the wealthy usually prefer their luxury items to be practical and not just flashy, the Aurumania Crystal Edition Gold bike is just the latter. Regardless, it’s quite stunning.

Aurumania will only create 10 of the gold bikes. The bike’s frames are plated with 24 karat gold and have over 600 Swarvoski crystals embedded throughout. The bike also comes with a matching 24k gold plated wall mount. Each bike is hand built in Aurumania’s Swedish factory. 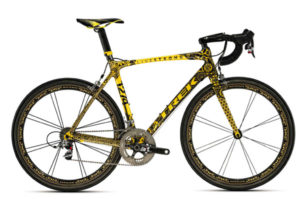 Three big names joined forces to create this bike with a six figure price tag – Lance Armstrong, pop artist KAWS, and bike Trek. It features KAW’s signature “chompers”pattern throughout the bike and is painted with Livestrong’s signature black and yellow. The bike is part of a Livestrong art campaign to raise money for cancer. It features all the bells and whistles of a regular Madone bike.

Trek. Trek has collaborated with pop artists multiple times to create unique bikes for charity. In 2009, Trek and Armstrong collaborated to raise over 1.25 million for Livestrong to fight cancer. 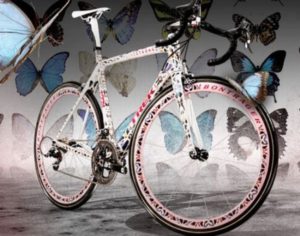 This luxury version of Trek’s legendary Madone was auctioned off along with the Kaws edition Madone. Despite the seemingly girly design, this bike sure isn’t anything close to your typical $50 walmart butterfly bike. The bike’s butterfly pattern is actually a bit gruesome – artist Damien Hirst used hundred of real butterfly wings throughout the frame. Animal activists unsurprisingly protested.

Armstrong used all 3 of his charity Madone bikes to compete in races. He rode the butterfly on the final day of the Tour De France in 2009. 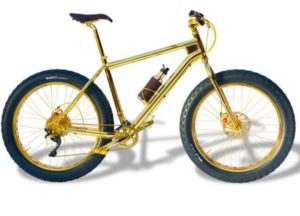 Gold is extremely heavy and not at all durable, but it sure looks flashy. The Auramania gold bike is only gold plated, so it can presumably function perfectly fine. However, the House of Solid Gold’s bike isn’t plated in gold – the frame itself is solid gold. Gold is heavy and can be dented with even a small impact, so this bike is clearly for show.

It does sport some merits, however. The extremely fat bike has 3.8 inch width SUrly tires, crocodile leather seat and bottle holders, and high end parts from various big name manufacturer. The bike’s logo plaque is encrusted with 6 carats black diamonds. Only 13 bikes will be made.