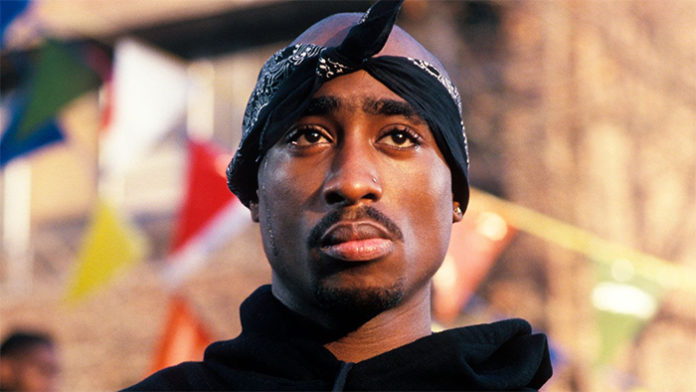 One of the most successful rappers that the country has ever seen, Tupac kick started his career in the early 90’s with his debut album, 2Pacalypse Now (1991). Although he dove head first into the hip hop scene in his mid teens, it wasn’t until he was in his twenties that his music career started to take off. After making his debut in Same Song from the film Nothing but Trouble, he released his first full length album in 1991. While it took a few years for his music to gain momentum, Tupac’s hardworking eventually paid off. Nowadays, many consider him to have been one of the most influential rappers of all time.

Who would have guessed in the 1990’s that one day he would become a multi-millionaire? How did Tupac earn his fortune? Let’s take a look.

How Did Tupac earn His Money and Wealth? 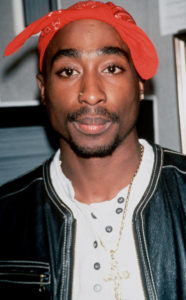 Born on June 16, 1971 in East Harlem, New York, Tupac (Birth Name: Lesane Parish Crooks) started off his career as a member of the 127th Street Repertory Ensemble while in grade school. Later studying music, poetry and acting at the Baltimore School for the Arts, it didn’t take long for him to develop an interest in hip hop. By the time he was in his mid teens, he was regularly winning local rap competitions.

In his early twenties, Tupac made his debut in Same Song, one of the songs from the soundtrack to Nothing But Trouble (1991). After a few more collaborations with Digital Underground, he signed with Jive Records and eventually dropped his debut solo album, 2Pacalypse (1991). Noted for its underground feel, it peaked at number sixty four on the US Billboard Top 200 and at number thirteen on the Top R&B/Hip Hop Albums Chart. While it didn’t end up generating any top ten hits, it did go on to achieve Gold certification in the US, having sold over 500,000 copies.

In a couple of years time, Tupac released his second full length album, Strictly 4 My N.I.G.G.A.Z… in February of 1993. The rapper’s breakout album, it peaked at number twenty four on the Billboard Top 200 and at number four on the Top R&B and Hip Hop Albums Chart. Showered with praise, the album eventually spawned two top ten singles, I Get Around and Keep Ya Head Up. As of 2011, it had sold over 1,600,000 copies in the US. Taking its success into consideration, it’s probably not far fetched to say that the album earned the rapper a little over a million dollars in profit.

Around that same time, Tupac also formed a group called Thug Life with a few friends. Although short lived, the crew eventually released the album, Thug Life: Volume 1 in the fall of 1994, which ended up being a surprise hit. Chart performance-wise, it peaked at number forty two on the Billboard Top 200 and at number six on the Top R&B Albums Chart. Just a year later, it had gone Gold in the US after selling over 500,000 copies. Reportedly, the album had netted the rapper $516,000.

Continuing to put forth new music, the rapper’s net worth only went up in the subsequent years. In the spring of 1995, Tupac dropped his third album, Me Against the World– it ultimately became his first album to top both the Billboard 200 and Top R&B and Hip Hop Albums Charts. Twice as successful in terms of sales compared to his previous album, it eventually went on to sell over 3,500,000 copies domestically. According to various sources, the Double Platinum Me Against the World had earned the artist approximately $3.7 million in terms of profit- quite an amount!

As if that wasn’t enough however, Tupac soon came out with his next album, All Eyes on Me, which once again peaked at number one on the US Music Charts. A major sellout, over 566,000 copies of the album were sold within the first week alone. As of 2014, more than 10,000,000 copies have been shipped in the US, effectively making it one of the greatest-selling albums in the country. Tupac’s most successful album, it eventually received Diamond accreditation from the RIAA. Financially, it was said to have earned Tupac $6.1 million in 1996.

Obviously on a roll, he later pocketed another $4.3 million from the sales of his fifth studio album, The Don Killuminati: The 7 Day Theory (1996). Another one for the record books, the chart topper sold over 664,000 copies in its first week. Selling over 5,000,000 copies within the United States, it has since gone four times Platinum. Adding up all the big numbers, Tupac would have earned well over $10 million from his albums alone in the 90’s!

On the topic of movies, the rapper had also made several appearances on the big screen throughout the 90’s. In 1991, he made his motion picture debut in the comedy flick, Nothing But Trouble. The following year, he went on to co-star in the crime drama film, Juice (1992), alongside Jermaine Hopkins and Omar Epps. Met with positive reviews, it grossed over $20 million at the box office. He later also appeared in the films Poetic Justice (1993), Above the Rim (1994), Bullet (1996), Gridlock’d (1997), and Gang Related (1997)– all of which would have led to nice pay checks.

Hailed as one of the best emcees of all time by MTV, Tupac sold well over 75,000,000 albums throughout his music career- making him one of the best-selling artists in the world. From a backup dancer to a multi-millionaire rapper, he had come a long way since his debut back in the 80’s. Considered by many to be one of the greatest rappers of all time, he has since been included in the Rolling Stone’s list of “100 Greatest Artists of All Time”.

Does Tupac Have Any Children?

The topic of whether or not the rapper had children has always been a bit of a debate. According to various sources, Tupac allegedly had a daughter. Since then, multiple photos of the girl have floated around on the internet- however none have been confirmed.

Where Did Tupac Go To College?

Tupac did not go to college. As a teen, he went to the Baltimore School for the Arts, where he studied jazz, acting, and ballet. Ultimately, it was while he was there that he discovered his love for rap. After graduating, he relocated to the West Coast for his upcoming music career.

Where Did Tupac Live? Pictures of Tupac’s House 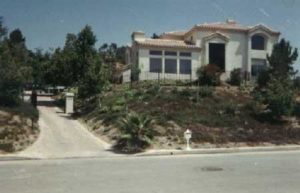 For a period, Tupac lived in a $1 million home located in Woodland Hills, Los Angeles. Located on an acre of land, the 5895 square foot property boasted six bedrooms and five bathrooms- which was more than enough for the artist. According to various sources, the rapper had also fitted the house with slot machines and video games; he also had a few beds prepared for any friends who needed a place to stay.

Why is He Called Tupac?

Born Lesane Parish Crooks, Tupac was later renamed after Tupac Amaru II, the last Incan emperor. A Peruvian revolutionary, he was executed after being found guilty of leading an uprising against the Spanish Rule in the eighteenth century.

Tupac as a Philanthropist

At just twenty-five years of age, Tupac had accomplished a lot- including various acts of humanitarian. Not only did he perform various charity concerts throughout his career, but he also spent much of his spare time visiting children at hospital and schools. One time, he even went to prom with a fan who had written to his fan club- after buying her a dress, and escorting her to the dance, she also offered them $1500.

What Kind of Car Did Tupac Drive?

The iconic rapper is perhaps best associated with the 1996 black BMW 750IL- the same vehicle that he was seated in during the fatal shooting that costed him his life. Interestingly enough, the BMW was recently restored and put up for sale for $1.5 million.

His last vehicle purchase prior to his death was a custom 1996 Hummer H1. Equipped with an upgraded turbo diesel V8 engine, it was bought by Tupac just one month prior to his death. Not only did it feature a burl wood dash and leather upholstery, but it also came complete with full power options and privacy glass.

The Fatal Drive-By Shooting of September 1996

On September 7, 1996, Tupac was fatally shot in a drive-by shooting while leaving a boxing match at the MGM Grand in Las Vegas; he had been with his friend, Suge Knight. According to police report, the shooting happened at 11:15PM PST while the two were stopped at a red light; a white Cadillac sedan of unknown occupants had pulled up to their black BMW’s right side, rolled down the window, and fired consecutive shots. The rapper was ultimately hit by four .40 caliber rounds, two in his chest, one in his thigh, and another in his arm.

Tragically on the night of his murder, his bodyguard Frank Alexander had been told to drive another vehicle. Shortly after the arrival of emergency responders, Tupac was rushed to Nevada hospital, where his family had been waiting; fans had also congregated by the entrance. At the hospital, he immediately underwent two operations to remove one of his lungs. Resuscitated several times during the procedure, he nearly died on the table.

Despite the doctor’s best efforts to save him, Tupac passed away six days later, on September 13, 1996. At the time of his death, he was only twenty five years old.