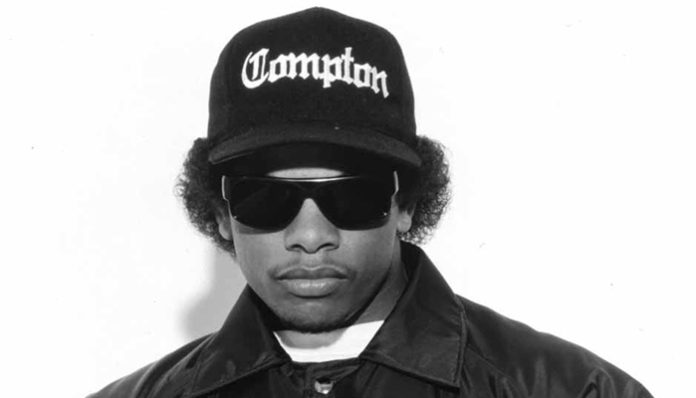 Dubbed “The Godfather of Gangsta Rap”, Eazy E is best known for being one of the co-founders of the hip hop group, N.W.A. Born in California, he spent the initial half of his teenage years dealing and selling drugs- it wasn’t until he witnessed his the murder of his cousin in a drug deal gone wrong that he decided to ultimately turn his life around. Venturing toward the LA hip hop scene, he eventually started to record his own beats in his parents’ garage.

By the 90’s, he was considered to be one of the most affluent rappers in the country. From drug-dealing to multi-millionaire recording artist, how did Eazy E achieve such a feat? Let’s take a closer look at how he attained his wealth.

How Did Eazy E Make His Money and Wealth? 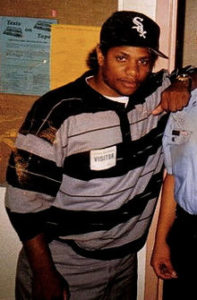 Born on September 7, 1964 in Compton, California, Eazy E (Real Name: Eric Lynn Wright) spent his youth in an LA suburb notorious for gang and criminal activity. After dropping out of high school at the age of sixteen, he was introduced to the drug-dealing world by his cousin. Continuing to live his life on the edge over the next few years, he allegedly earned as much as $250,000 from the illegal trade by the time he was twenty two.

Having said that, a life-changing, albeit tragic event soon inspired him to turn his life around. In the late 80’s, the same cousin that had introduced him to the black market was murdered in a deal gone wrong. Realizing that he could do better, Eazy E ultimately made the decision to get off the streets. From there, he began to shift his attention and energy to music- more specifically, the LA hip hop scene.

Experimenting with different styles, Eazy E began recording various songs in his parents’ garage. Soon afterward, he co-founded his own recording label, Ruthless Records with his longtime friend, Jerry Heller. Wanting to create his own group, he subsequently formed the N.W.A., a five-man hip hop crew that consisted of Arabian Prince, DJ Yella, Ice Cube, Dr. Dre, and Eazy E himself. Through his recording label, they released their debut studio album, Straight Outta Compton in the summer of 1988.

Despite being their first effort together, it was met with critical acclaim. Shortly after its release, it peaked at number thirty seven on the Billboard Top LPs Chart and at number nine on the Top Soul LPs Chart. Given glowing reviews, it earned several awards and has since been inducted into the Grammy Hall of Fame. N.W.A.’s most successful album, it eventually sold over 3,000,000 copies. For a brand new artist such as Eazy E himself at the time, the album easily earned him a disposable income. According to various sources, the exact amount hovered around the $3.8 million mark.

Eazy E’s next big hit came in the form of an EP that he released with N.W.A. in 1990. Despite being an EP, 100 Miles & Runnin’ as it was called, successfully reached number twenty seven on the Billboard Top 200; it also peaked at number ten on the Top R&B and Hip Hop Albums Chart. A commercial success, it had sold more than 500,000 copies within a period of three months. By the fall of 1992, it had earned Platinum certification from the RIAA after selling over 1,000,000 copies. It is estimated that the EP brought in at least $1 million for Eazy E.

Not long afterward, Eazy E and his crew released their second and final album, Niggaz4Life (1991). Although it debuted at the second position on the Billboard Top 200, it eventually reached the top of the Chart during its second week. By the end of the first week, more than 954,000 copies of the album had been sold. Raved about by fans, it later went on to spawn two top hits, Always Into Somethin and Appetite for Destruction. Just a few months after its release, it had sold over 2,100,000 units across the country- this ultimately translated to about $2 million in profit for the rapper.

In the winter of 1992, Eazy E released his debut extended play, 5150: Home 4 the Sick under his Ruthless label. His first music release after the disbandment of N.W.A., it debuted on the Billboard Top 200 at number seventy and at number fifteen on the Top R&B Albums Chart. Although reviews were primarily mixed, it proved to be a worthwhile endeavour for the artist as it ultimately went on to garner him close to $500,000 in terms of profit. 5150 Home 4 the Sick has since gone Gold in the United States.

As a followup to that, he dropped his next EP, It’s On (Dr. Dre) 187um Kill in October of 1993. His best-selling solo release, it entered the US Billboard at number five and the Top R&B and Hip Hop Albums at number one; a hot seller, it sold over 110,000 by the end of the first week in stores. Responsible for a couple of his most well known titles including Real Muthaphuckkin G’s and Any Last Werdz, it went on to sell over 2,000,000 copies. Of course, Eazy E would have received a fair share from the amount garnered from the sales.

Like many artists who have tragically passed on, Eazy E’s net worth continued to increase even after his death. A few months after his passing, his greatest hits album, Eternal E was posthumously released in November of 1995. Given high ratings from critics, it peaked at number eighty four on the Billboard Top 200 and at number nineteen on the Top Rap Albums Chart. Interestingly, it also charted at number seventy one in Australia. Another Gold album for the rapper, it ultimately added on another $500,000 to his fortune as a whole.

From everything that we’ve discussed, it can be gathered that most of Eazy E’s fortune and wealth came from his successful music career over the years- both as a part of N.W.A., and as a solo recording artist. As with most musicians, the rapper also headlined a series of concert tours in the 90’s, which contributed to his already high, annual salary.

Eazy had been married to Tomica Woods for a year prior to his death. They two had reportedly met at the LA night club in 1991. Although it was not love at first sight, they pair eventually got closer to one another as their paths kept on crossing. Before tying the knot, they had been together for three years.

According to various sources, he also had six former girlfriends.

Did Eazy E Have Any Children?

Eazy E and Tomica Woods had two children together, a daughter named Daijah and a son named Dominick.

With one of his former girlfriends (it is not revealed who), he also had a daughter named Erin and a son named Eric Darnell Wright. Erin has since changed her name to Ebie, and had crowd-funded a film in hopes of investigating more about his father’s death.

It is said that he also had at least five other children during his life.

Where Did Eazy E Go To College?

Eazy E did not go to college. After dropping out of high school at sixteen, he became involved with the illegal drug-trade. While he later attained his high school GED, going to college was never in his books.

Eazy E as a Philanthropist

Throughout his life, the rapper had contributed to a number of charitable organizations. One donation stands out however- during the peak of gang warfare, Eazy E was invited to the White House in the presence of President George Bush. A surprisingly welcome guest, he later donated $2,500 to Bush’s campaign.

Following his death, his family also launched the EazyStreetKids Charity, an organization that helps to raise funds for the local school system and underprivileged children, as a means of continuing his philanthropic efforts. It is currently headed by his wife and daughter, Erin Wright.

Where Did Eazy E Live? Picture of Eazy E’s House 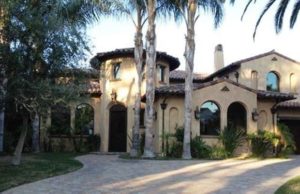 Prior to his passing, Eazy E was living in his $2.2 million estate in Calabasas, California. Dubbed as “Eazy’s Playhouse”, the rapper often invited his friends over for parties. A spacious building, the 6,700 square foot home boasted five bedrooms and five bathrooms. Following his death, the estate was passed on to his wife, Tomica. As she was unable to pay the mortgage payments however, the house has since been sold at a foreclosure auction.

What Kind of Car Did Eazy E Drive?

The last known car that Eazy E was driving was a mint green 1963 Impala; it made regular appearances in various videos of his during the 90’s. As of 2016, the vehicle- which has been kept original- has been presented at various car shows in the country.

Why Was He Called Eazy E?

Truth be told, nobody truly knows the exact origins of his moniker, “Eazy E”. Having said that, many have speculated that it was a nickname given to him in his early adulthood.

On the night of February 24, 1995, Eazy E was admitted to a Los Angeles Medical Center after he was experiencing what he believed was asthma, with a constant cough. Much to his surprise and dismay, he was instead diagnosed with AIDS; it is suspected that he initially contracted the infection from an unknown sexual partner. On March 16, 1995, his illness was announced in a public statement to his fans.

A few days later on March 20, 1995, he penned a final message to his fans. On March 26, 1995, just a month after receiving the diagnosis, Eazy E passed away from complications of AIDS- he was only thirty years old at the time. He was subsequently buried in a gold casket on April 7, 1995 in Whittier, California. Thousands of individuals had attended his funeral including DJ Yella and his long time friend, Jerry Heller.

Eazy E’s net worth at the time of his passing was approximately $50 million according to his son.