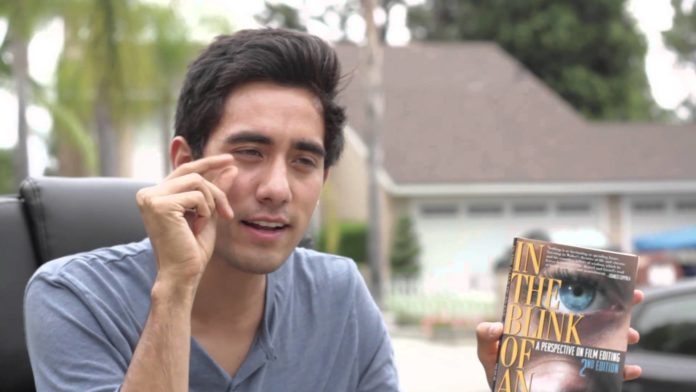 I’ve seen Zach King’s videos. Well, I’ve seen them reposted on image sites in gif form. But I had no idea who he was until now. I saw the article topic and thought to myself, Hey, that guys a magician, he looks interesting. I was a little disappointed to find out that he isn’t a magician, he’s a film editor and director. That’s not a bad thing, I just thought I’d get to check out his sleights and write it off as work. Not the case. Zach King was a Vine star, back when Vine was still a thing, he has branched out since then. His videos are what he calls digital sleights of hand, though I’d call it clever editing. They are always funny though, and that went a long way to endearing him to me. A look through his finances revealed exactly what I expected from a social media star, the fan base is where he makes his money. He has appeared in some television shows, but for the most part his career is online.

So let’s take a look through his career, and see if we can’t figure out how he gets paid.

How Did Zach King Make His Money & Wealth?

Zach King is a social media star. it means that the majority of his wealth comes from the number of views his videos get. He has a few other avenues for revenue as well, and I found them to be a bit of a deviation from the norm for internet stars. He got his start online making tutorial videos, when he began using the software there was little resources available, and so he capitalized on that gap. He gained a small following, and was soon selling seminars on using the program. This proved lucrative enough for him to fund his college tuition.

The work that he is known for today did not spring forth ready made from his mind. His first big hit on YouTube was Jedi Kittens, in which he shopped in Light sabers to make kittens fight. A combination of star Wars and Cats was a very savvy move, and the video soon garnered well over 3 million hits. He made two sequels to the video that were equally popular. His YouTube channel grew over the years, and in 2013 he made the jump to vine. But this time with a more focused product in mind.

He started making Vines in 2013, and before the closing of the site he was one of the most popular stars on the service. His combination of comedy and camera tricks gained him a wide following, including myself. He appeared on a number of talk shows, furthering his career. He also was on Amazing Race, with his wife. He has worked as a camera operator and even dabbled in acting. Most recently he appeared in the hit film Zootopia, playing a muzzled wolf. It will be interesting to see if he can leverage his fame into a more substantial fortune, of course he makes more than I do, so who am i to talk, right?

Zach king got married in 2014, to a woman called Rachel Holm. Very little is known about her.

Where is Zach King from?

Zach King was born and raised in Portland Oregon.

What awards has Zach King won?

Where does Zach King live?

Zach King lives in Los Angeles, in and around the Seal Beach area. He is private, and thus we cannot find images of the house.