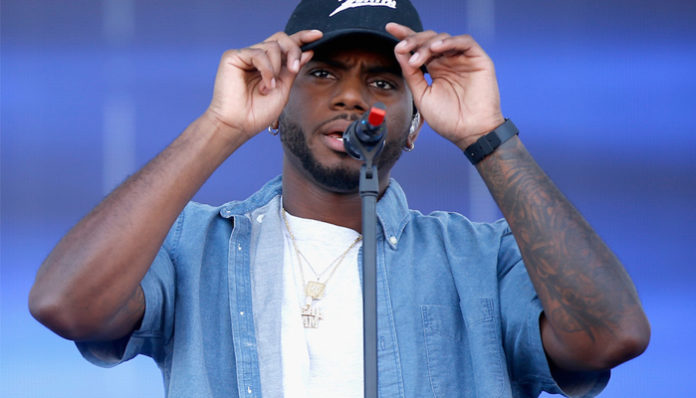 American R&B singer-songwriter Bryson Tiller first caught the public’s attention with the release of his debut single, Don’t in 2014. Born and raised in Kentucky, he started to sing and rap at the age of fifteen. Before long, he was penning and recording his own beats- something that occupied much of his spare time- at the time, he was a full-time employee and Papa John’s Pizza. Who knew that one day his hobby would turn into such a successful career? In 2011, Tiller released his debut mix tape entitled, Killer Instinct Vol. 1 online. From there, he eventually dropped the single, Don’t, which quickly became an internet sensation; it ultimately earned him a recording contract with RCA Records in the summer of 2015.

From a pizza-maker to a nationally recognized R&B musician, Tiller has come a long way in the past few years- and his net worth of a few million dollars reflects that change. Let’s take a closer look to see how he attained his wealth.

How did Bryson Tiller Make His Money and Wealth? 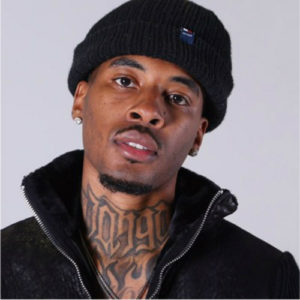 Born on January 2, 1993, in Louisville, Kentucky, Bryson Djuan Tiller was raised primarily by his grandmother, as his mother passed away when he was four years old. Although music was always been something that he’d enjoyed, it wasn’t until his teen years that he first decided to get involved in the scene himself. At the age of fifteen, Tiller started to rap and sing; from there, it wasn’t long until he was writing his own music. After graduating from high school, he started to work full-time at a local Papa John’s- as he did however, he continued to write and record his own beats in his spare time.

At the age of eighteen, his efforts culminated in the release of his debut mix tape, Killer Instinct Vol. 1 (2011). Released online via digital download, it boasted twenty one songs, all of which were written by the aspiring artist himself. With life keeping him busy, it wasn’t until the fall of 2014 that he released his next musical effort, a song entitled, Don’t. Little did he know at the time, that it would ultimately put the gears in place for his professional music career.

After being uploaded onto his Soundcloud page in October of 2014, Don’t quickly became an internet sensation. Within just six months, it had been streamed over 4 million times- a number that speaks volumes about Tiller’s talents. Before long, he was inundated by various music industry individuals- all eager to work with him on a professional basis. Ultimately, the artist chose to sign with RCA Records in 2015. His breakthrough hit, Don’t was subsequently re-released through the label in May of that year.

Largely responsible for his initial fame and wealth, the single entered the US Billboard Hot 100 at number eighty four in October of 2015, and eventually moved up to number thirteen. Within the US, it also managed to peak at number four on the Hot R&B and Hip Hop Songs Chart. Not only did the song garner him nation-wide attention, but it also made him a rising star overseas as it also charted in the UK, Canada, and the Netherlands. His best-selling single to date, its official MV has since been viewed well over 200,000,000 times on Youtube. In terms of record-sales, Don’t has sold over 2,000,000 copies domestically according to Niel Soundscan. This amount would have easily earned Tiller over $1 million in terms of profit.

In October of 2015, Tiller came out with his highly anticipated studio album, Trapsoul. Upon its release, it debuted at the eleventh position on the Billboard 200, having quickly sold over 22,000 copies within the first week; it eventually peaked at number six at few months later. A successful endeavor, it also reached number two on the Top R&B and Hip Hop Albums Chart, as well as in several other countries such as France, Sweden, France, and Canada. Later included in many year-end lists, Trapsoul earned itself a handful of accolades including a Soul Train Music Award nomination, a Billboard Music Award nomination and an American Music Award nomination. The title has since sold over 1,000,000 copies- making it his first Platinum certified album; with that in mind, it’s not surprising if it earned him a few tens of thousands of dollars.

The following Spring, Tiller released his second single from the album, Exchange. Almost comparable in terms of success to his debut hit Don’t, it peaked at number twenty six on the Billboard Hot 100 and at number eight on the Hot R&B and Hip Hop Songs Chart; it also charted in Canada and the UK. Within a few months, the single had sold over 2,000,000 copies within the United States- making it his second 2x Platinum record in a row. Currently, it is his second-best selling single to date. In December of 2016, it was also announced that it had been nominated for a Grammy Award for the category of “Best R&B Song”.

Not long afterward, a third single, Sorry Not Sorry was released. Accompanied by an MV directed by David M. Helman, it debuted on the Billboard Hot 100 at number sixty seven and eventually also reached number twenty four on the Hot R&B and Songs Chart. As of 2016, more than 1,000,000 units of the song have been sold. Combining this with the sales achieved by Exchange, the two singles would have yielded Tiller a hefty sum. 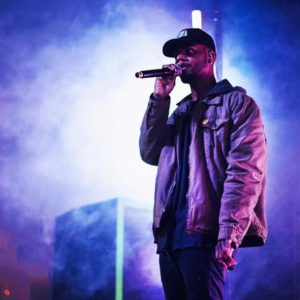 As an artist, Tiller has also earned a respectable amount from performing concert shows. In fact, he has actually embarked on a couple of tours since making his debut- the first of which was the Trapsoul Tour in 2016. Kick started in January of 2016, it brought him to various cities across the country including Oakland, Las Vegas, Phoenix, Denver, and Dallas; it eventually wrapped up in Louisville that March. As of February 2017, he is currently supporting The Weeknd’s Starboy: Legend of the Fall Tour. According to various online sources, it is estimated that he earns upwards of $100,000 per performance. No wonder he’s a millionaire!

As well, he has collaborated with a number of artist over the years such as Chris Brown, Travis Scott, DJ Khaled, Fat Joe, and Rayven Justice, to name a few; some of said songs include First Take, Ima Be Alright, Love You to Pieces, and Keep You in Mind. In 2016, he was also featured in Lil Lonnie’s album, Change Up and in Gucci Mane’s Drove U Crazy.

In addition to his musical endeavors, a portion of his annual salary also comes from various endorsement deals. For instance, just a few months ago it was announced that he had teamed up with Nike Sportswear. It was later also revealed that he would be designing his own pair of runners- the Louisville-inspired Air Force 1’s.

From what we can gather, Bryson Tiller is not married. Having said that, there have been rumors about him being engaged to Markea Bivens- this is false. While the two are often seen together, it is said that they are no long in a relationship.

Does Bryson Tiller Have Any Children?

Yes, the singing sensation has a daughter named Harley with Markea Bivens. Although the two have since part ways, they allegedly take turns taking care of their daughter. Tiller also isn’t show about sharing family photos on his social media accounts.

Where Did Bryson Tiller Go to College?

Bryson did not go to college. After graduating from Iroquoios High School in 2011, he started to work full time at Papa John’s Pizza. With his eventual breakthrough, he later quit to focus the entirety of his attention on his flourishing music career.

Bryson Tiller currently lives in Atlanta, Georgia, although details of his residence have never been revealed. Thus, we unfortunately do not have any pictures of his home to share at this time.

Having said that, we do not that prior to his rise to fame, he spent a period living out of his car.

How much did Bryson Tiller Earn Last Year?

It is estimated that the singer earned close to $400,000 last year- a portion came from record sales while the other part came from various endorsement deals. For instance, it was mentioned above that he had teamed up with Nike Athletics in 2016.

In March of 2016, he was also given the key to his hometown by Greg Fischer, the Mayor of Louisville. In January of 2017, Tiller was also featured by Forbes Magazine’s list, 30 Under 30- a section that showcases various celebrities who have attained fame and success by the age of thirty.

Last fall, Tiller shared some exciting news with fans- his upcoming album was nearing completion. Although its title was later revealed to be True to Self in a subsequent Tweet, no official release date has been announced- just that he will be working “non-stop” until it is finished.

Speaking of his musical works, his latest single, Exchange earned a number of recognitions this year- a Grammy Award for “Best R&B Song” and a total of four iHeartRadio Music Awards, among which was a win for “Best New R&B Artist”.

In other news, the rapper are expected to perform alongside Travis Scott for the Castle Lite Unlocks Concert event to be held in Johannesburg and Polokwane this summer- it will be their first performance in South Africa.