Zendaya Coleman Net Worth in 2018 – What She’s Worth Now 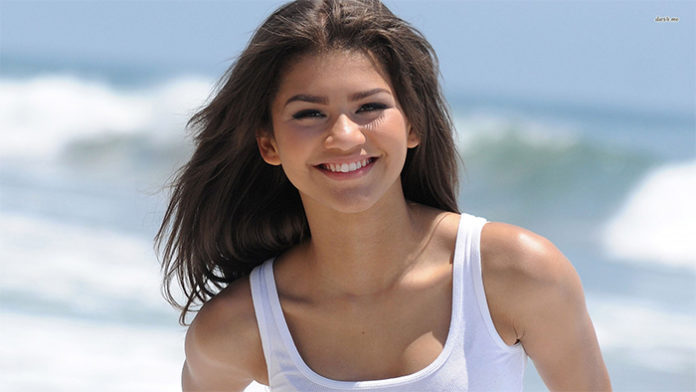 American actress Zendaya Coleman rose to fame as a Disney star in early 2010’s. Hailing from Oakland, California, she began her career as a young model in the late 2000’s. At the age of fourteen, Coleman received a breakthrough after being cast as one of the lead characters in the teen sitcom, Shake It Up (2010). Since then, she has appeared in a series of other shows such as Black-ish (2015), and K.C. Undercover (2015). Later branching to the big screen, the actress has also starred in a couple of films including Pixie Hollow Games (2011), and Frenemies (2012).

Through hard work and perseverance, Coleman has successfully amassed a sizeable fortune for himself. Despite her young age, it is estimated that her net worth is currently well over a million. How exactly has she come about her wealth? Let’s take a closer look.

How Did Zendaya Coleman earn Her Money and Wealth? 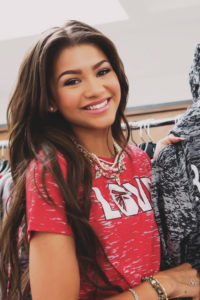 Born on September 1, 1996 in Oakland, California, Zendaya Coleman first got involved in drama when she was just a few years old- at the time, she often accompanied her mother to work at a California Theatre. Eventually kick starting her own career, the brunette started to model for various big-name companies such as Sears, Old Navy, and Macy’s in the mid to late 2000’s. Who knew that one day she would find so much success in the show business?

While attending the Oakland School for the Arts, Coleman-who was only fourteen at the time, received a once-in-a-lifetime chance after being cast as one of the principal characters in the Disney sitcom, Shake it Up! (2010). Jumping at the opportunity without a second thought, she relocated to Los Angeles for the filming of the show. Despite the fact that it was her first time acting on television, her performance on the series garnered her high praise. Especially popular among pre-teen audiences, Shake it Up successfully attracted over 6 million viewers during its debut.

Not only was it responsible for the launch of her career, but the show is currently her most popular role on television to date. As well, Shake It Up! also earned her two Young Artist Award nominations for “Outstanding Young Ensemble in a TV Series” and “Best Performance in a TV Series by Leading Young Actress”, and an NAACP Image Award nomination for “Outstanding Performance in a Children’s Program”. According to sources, Coleman had yielded a total of $140,000 from her time on the show- that works out to be approximately $46,600 per year (since it ran for three years), not too bad for a teenager!

Two years later, another opportunity came her way when she was offered a part in the Disney television movie, Frenemies (2012). Ultimately a commercial success, the film attracted over 4.2 million viewers during its premiere. Besides helping to boost her popularity as an up-and-coming actress even further, it also eventually earned her a Young Artist Award for “Best Performance in a TV Movie by a Leading Young Actress” in 2013. The movie, which told the story of three pairs of close friends, ultimately netted her $284,000- which is more than double that of what she earned from Shake It Up.

Continuing with her success, she eventually starred in yet another Disney Channel Original Movie, Zapped (2014), opposite of Spencer Boldman. Generally well received, it garnered 5.7 million viewers during its premiere in the summer of 2014. Despite the fact that it was a made for television film, her portrayal of the female lead, Zoey Stevens had allegedly earned another $162,300. At the end of it all, Zapped was the winner of a Leo Award for “Best Television Movie”.

Outside of acting, she has also found success interestingly- as a dancer. In 2013, she participated as a contestant on the popular dancing competition, Dancing with the Stars. With the help of her professional partner, Valentin Aleksandrovich Chmerkovskiy, Coleman performed extremely well and eventually finished in second place, behind Kellie Hickler. If you’re unfamiliar with the cash prize involved in the show, each competitor receives $125,000 for signing up; they then have the opportunity to earn additional prize money for every subsequent episode that they remain in the competition (e.g. $10,000 for the next two episodes, then $20,000, $30,000, etc). Having finished as the runner-up, Coleman successfully took home an amount of $345,000.

In January of 2015, the actress scored another big role in the Disney sitcom, K.C. Undercover. The title character, Coleman played as K.C. Cooper- a typical high school teenager who is in-training to become an undercover spy. The first season garnered an average of 2.3 million viewers while the second season drew in approximately 1.5 million audience members. A fairly popular series, it is currently still on-going on the Disney Channel. How much has the show earned the star? Allegedly, by the second season, it had already earned her a hefty $400,000.

Outside of acting, Coleman has also found success as a recording artist. After forging a contract with Hollywood Records, she released her debut studio album, Zendaya in September of 2013. Met with a considerable amount of praise, it entered the US Billboard Top 200 at number fifty one and sold over 7,000 copies during the first week. Featuring eleven different tracks, it eventually spawned a hit single, Replay which peaked at number forty on the Billboard Hot 100. Although it’s uncertain how much exactly the album had earned the artist, it’s probably not too far off to say that the amount was in the thousands.

In support of her first album release, as well as the Shake It Up soundtrack, the singer embarked on a North American Tour in the summer of 2012. Officially known as the Swag It Out Tour, the three-leg tour brought across the continent for a total of 48 shows. A major success, many of the tickets were sold out in the United States. Kicked off in August of 2012, it continued for two years, until November of 2014. The whole event would have easily earned her another few hundred of thousands of dollars- which would only add to her annual income.

In terms of business ventures, Coleman launched her own clothing line, inspired by her wardrobe on Shake It Up in 2013. Targeted toward young girls, the collection consisted mainly of active wear, jackets, and various other athletic apparel. Two years later, it was announced that she would be starting another line of clothing called Data by Zendaya.

In the summer of 2013, she also authored her first book, Between U and Me: How to Rock Your Tween Years– which has since garnered high reviews from readers.

As far as endorsement deals go, one of her biggest appearances was when she appeared alongside Britney Spears in a TV commercial for Beats in September of 2012.

No, she is not married. However, she has been in a few relationships- for instance, Coleman was with Adam Irigoyen for two years (2010-2012), and with Trevor Jackson for four years (2012-2016). Most recently, he has been dating Odell Beckham, Jr., however they have since broken up.

Does Zendaya Coleman Have Any Children?

Where Did Zendaya Coleman go to College?

Zendaya Coleman has not gone to college- not yet, anyway. While the star has expressed an interest in pursuing further education, her tight work schedule has obviously made it difficult. Having said that, we wouldn’t be surprised to see her enrolling in college in the next few years. 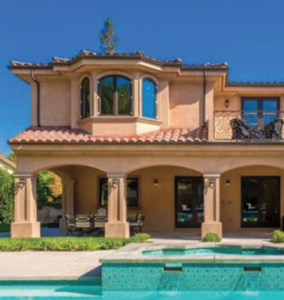 At the tender age of twenty, the star has purchased her dream home in Northridge, California. Bought for $1.4 million, the house includes five bedrooms and five bathrooms. Complete with a spiral staircase and a sizeable swimming pool- she will probably not be moving away anytime soon.

If you’d like to take a closer look at her home, she’s posted a virtual tour of her house onto Youtube, which has since been viewed over 20,000 times.

Zendaya Coleman as a Philanthropist

Since her rise to fame, the actress has contributed to several charitable causes. For instance, while recording her Swag it Out music video, she made the decision to donate a portion of its budget to help purchase toys for underprivileged children through Pastry!.

But that’s not all- as a singer, she’s also performed a number of charity concerts, such as the one she held in October 2012 which benefited Operation Smile- a non-profit organization that helps to treat those born with cleft palates and cleft lips.

In terms of monetary donation, Coleman has also helped to raise $1,000,000 in conjunction with Convey of Hope for the east coast victims of Hurricane Sandy in 2012.

On top of everything, she has also participated in several book bag drugs; for instance, she donated a number of backpacks for various Oakland elementary schools on her 15th and 16th birthday.

To conclude, let’s reiterate some of her biggest accomplishments- she successfully broke into the television scene while still a young teen, became a popular music artist, and has since purchased her own home- all by the tender age of twenty. We simply can’t help but marvel at what she’s been able to achieve- no wonder she’s become a multi-millionaire.

For those of you who are eager to see more of the celebrity, she will be starring in two upcoming films- including the highly anticipated Marvel movie, Spider-Man: Homecoming (2017). Mark your calendars! It will be hitting theatres on July 7, 2017.

In addition to that, Coleman will also be appearing in the drama musical, The Greatest Showman (2017), alongside Zac Efron, Rebecca Ferfuson, and Hugh Jackman. Still in the post-production stages, it will be released in the United States on Christmas Day on December 25, 2017.