Zlatan Ibrahimovic Net Worth 2018 – How Much is He Worth Actually? 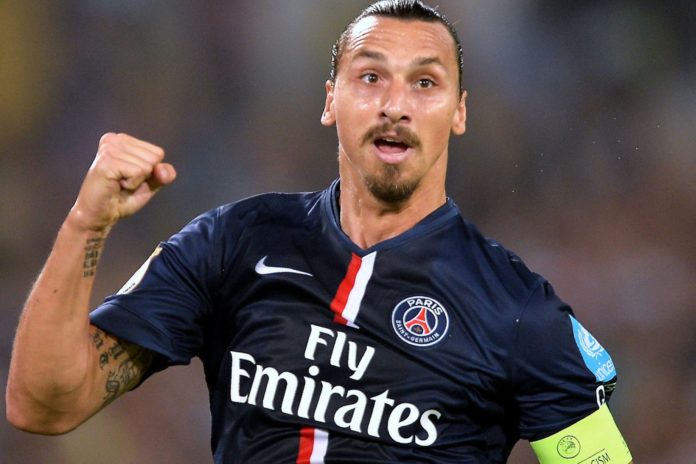 Zlatan Ibrahimovic is a Swedish professional football player who currently plays as a forward/striker for Manchester United. He has also played with the “big 3” football clubs in Italy (AC Milan, Internazionale, and Juventus), Ajax, and Paris Saint-Germain. His incredibly successful career has spanned nearly 2 decades.

Ibrahimovic is known for his aggressive playing style and his cocky yet endearing “alpha male” personality on and off the field. He is known for his many egotistical quotes and proclaiming his superiority over others in a tongue-in-cheek fashion. However, many of his fans will attest to the fact that his arrogance is far from unwarranted. As he once said, “I can’t help but laugh at how perfect I am”.

He has received the Guldbollen award from 2006 to 2017, a special award given to the best Swedish Football player of the year. He has scored 62 goals during his 116 appearances on the field .Ibrahimovic is widely considered to be one of the best soccer players of all time, following closely behind legendary names like Lionel Messi and Cristiano Ronaldo.

How Did Zlatan Ibrahimovic earn his wealth & income? 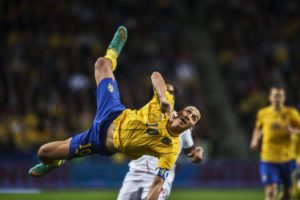 Zlatan Ibrahimovic earned the majority of his wealth through his professional soccer career. He has earned money through his salary, contracts, and sponsorships. Ibrahimovic has also been featured in numerous advertisements in Sweden and Europe. He has been sought after by top brands such as Nike, Adidas, and Swedish car manufacturer Volvo. The star owns his own sports clothing company, A-Z. He has also trademarked the name “Zlatan” so his name may only be used on products approved by Zlatan Ibrahimovic himself.

He signed his first contract with Malmö FF in 1996. While he progressed quickly through the ranks and made his professional debut in 1999, Ibrahimovic did not become a household name until he signed a professional contract with Ajax in 2001.

During his 2nd season with Ajax, Ibrahimovic scored twice in the UEFA Champions League (in his first game) over current French Champions Lyon. Although Ajax later lost in the quarterfinals to perennial powerhouse Milan, Ibrahimovic managed to score 5 goals throughout the course of the Champion’s League season. During his last season on the Ajax club he scored what would end up being the “Goal of the Year” against NAC.

This goal boosted his reputation and later helped him sign a contract for €16 million (~16.8 million USD) with Juventus in August 2004. This massive figure still pales in comparison to his future contracts. He later signed a 4-year contract with Internazionale in August 2006 for €24.8 million (~26 million USD).

After his season with Internazionale, Ibrahimovic transferred to Barcelona in 2009. He signed a 5 year contracted for €46 million. He spent less than a year with Barcelona before being signed to Milan in August of 2010, who purchased him outright for €24 million rather than waiting for his prior contract to expire. Ibrahimovic made £185,000 (~$230,000) weekly with both Barcelona and Milan.

A life dream for Ibrahimovic was achieved when he was signed to Paris Saint-Germain in July 2012. He was initially paid €20 million (~$21 million). However, combined transfer fees for him are said to reached over €180 million ($190 million), making him one of the most expensive footballers at the time. Ibrahimovic made €14 million (~$15 million)per year and also received yearly bonuses of at least €2 million during his 4 seasons with Paris Saint-Germain. He reportedly made $300,000 weekly. 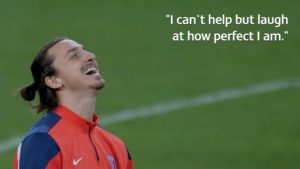 Zlatan Ibrahimovic has been in a relationship with businesswoman and former model Helena Sager. The pair met early on in his professional career in 2001 and have been going strong ever since. Sager was born on August 25, 1970, while Ibrahimovic was born on October 3rd, 1981, making 46 year old Sager over a decade older. They have two kids, Maximilian (b. 2006) and Vincent (b. 2008). Ibrahimovic, who is known as a jokester on and off the field, once gave Sager a framed photo of his face as a Christmas present. When asked what he would get a girlfriend who already has everything for her birthday, he famously replied “Nothing, she already has Zlatan”.

Although Ibrahimovic is one of the highest paid footballers, he does not often make lavish purchases. However, he goes all out when he does. In August 2016 he moved into £16,500 per month, six-bedroom mansion in Cheshire, England. The modern mansion features a personal gym, a pool, and a full bar. Ibrahimovic owns almost 2 million dollars of luxury vehicles he keeps at his opulent residence, including a Porsche 918 Spyder, a Ferrari Enzo, and a purple to pink fade Lamborghini Gallardo.

In 2013, legendary footballer David Beckham announced he would be donating his entire salary from that year with Paris Saint-Germain to charity. Ibrahimovic publicly announced that he would be donating his entire salary to himself, which generated quite a stir. Despite this distasteful joke, Ibrahimovic has donated several million to charity. During a match with Paris Saint-Germain in 2015, he removed his shirt to reveal 50 names of people suffering from hunger throughout the world, which brought great awareness to world starvation.

Ibrahimovic was born to a Bosnian father and a Croatian mother in Sweden. He still seen as Swedish of course, and is beloved both in Sweden and his countries of origin. Ibrahimovic speaks Swedish, Bosnian, English, Spanish, and Italian fluently. He also loves boxing and martial arts and has a black belt in Taekwondo. He is follower of Catholicism. In 2016, Ibrahimovic and Swedish Independent FIlm Company auto images released Becoming Zlatan, a documentary on his life and career.

Ibrahimovic scored his most famous goal while playing for Sweden in 2012 in a match against England. With lightning reaction time, he deflected a pass from England with an artfully executed mid-air bicycle kick from 30 yards away into their net.