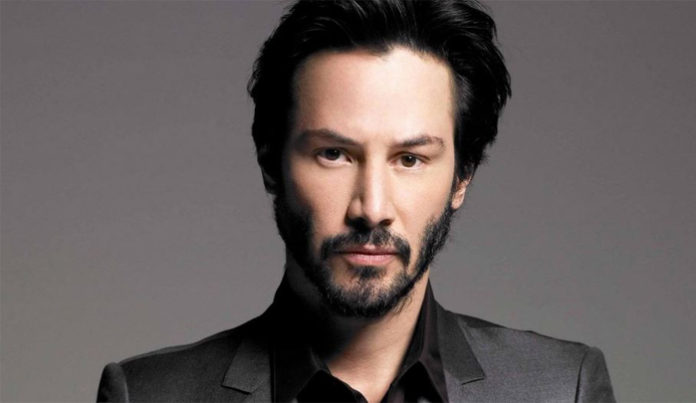 Keanu Reeves first rose to fame in the late 80’s for his role in the Bill and Ted film franchise. Like many actors, he started acting at an early age; while still in grade school, he made his stage debut in a production of Damn Yankees. Later moving to Los Angeles in his late teens, he turned to acting full time and appeared in an episode of the CBC sitcom, Hangin’ In at the age of twenty. From there, he took part in a series of films such as One Step Away (1985), Youngblood (1986), and Flying (1986), before receiving a breakthrough with the successful comedy, Bill & Ted’s Excellent Adventure (1989).

Since then, Reeves has taken on close to a hundred different roles- it’s obvious that he’s come a long way in the past decades. Now an award-winning actor, it’s no secret that he’s earned a sizable fortune for himself through his work in Hollywood.

Let’s see how his wealth came to be.

How did Keanu Reeves Make His Money and Wealth? 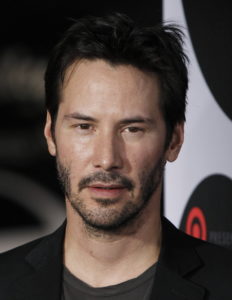 Born on September 2, 1964 in Beirut, Lebanon, Keanu Charles Reeves is of English, Portuguese, Chinese and Hawaiian descent. Growing up, he moved around frequently due to his parents’ work- although their marriage ultimately ended in divorce. Keanu’s first stage production was in 1973 when he was a member of the cast for Damn Yankees. He continued acting as a teen and eventually quit school to pursue a career in acting, moving to Hollywood to live with his former stepfather who worked in the entertainment industry.

Ultimately deciding to pursue a career in acting, got his first break with the Canadian sitcom, Hangin’ In (1984). The following year, he played various small roles in the television series Night Heat (1985), Letting Go (1985), and Comedy Factory (1985). In 1986, he landed his first sizable role in the drama sports film, Youngblood. His second time appearing on the big screen, the movie ended up earning more than $15.4 million in ticket sales from a $8 million budget. For his role as the Mustang’s goalie, Reeves was paid $3,000.

Not long afterward, the aspiring actor received a huge break with the comedy buddy film, Bill & Ted’s Excellent Adventure (1989). Revolving around two slackers who travel back in time, it quickly became Reeves’ most well known work at the time. Upon its release, the movie took in $6.1 million over its opening weekend; the domestic figure later increased to $40.4 million by the time the title came off the screens.

With his popularity turned up a notch, Reeves gradually started to land greater roles over the next few years. In 1994, he starred in the action thriller, Speed alongside Jeff Daniels, Joe Morton, Sandra Bullock and Alan Ruck. A huge box office success, it opened at number one, taking in over $14.5 million during its opening weekend. Met with critical acclaim, it eventually went on to earn more than $121 million within the United States- adding to that its international gross and the movie took in over $350 million- well over ten times that of its $30 million budget. The 1994 film is said to have yielded Reeves a little over $1 million.

The following year, he was chosen to play the title character in the cyberpunk thriller film, Johnny Mnemonic (1995). Filmed on location in Canada, it took in $7.4 million in ticket sales on its opening weekend; by the end of its theatrical run, it had earned $19 million domestically and $33 million worldwide for a total gross of $52.4 million. Although the movie was generally panned by critics, it did earn the rising actor an approximate $2 million.

In 1997, Reeves starred as a defense attorney in the drama thriller, The Devil’s Advocate. One of the more well known films of his 90’s career, it proved to be a success at the box office, having grossed $12.1 million during its opening weekend in the US- which put it in second place at the North American box office, behind the horror film I Know What You Did Last Summer. One of the actor’s most well known portrayals to date, it easily added another few million to his growing salary.

After what seemed like many years of climbing his way up, he received a big break with the 1999 sci-fi film, The Matrix. Considered to be one of the greatest science fiction movies of all time, the film received nothing but high praise for its stunning cinematography, and innovative visual effects. A massive commercial success, it grossed over $27.7 million during its opening weekend. By the end of its screening, it had earned a domestic total of $171 million; internationally, it had grossed $292 million in the foreign market- putting its worldwide total at $463.5 million. The fourth highest grossing movie of 1999, it won four Oscar Awards and also earned Reeves two MTV Movie Awards, and a Blockbuster Entertainment Award. All in all, the actor earned a hefty salary of $10 million from the film- including 10% of the total gross.

Since then, he has starred in several movies; his acting salary has only continued to go up. For instance in 2000, Reeves was reportedly paid $12.5 million for his role in the film, The Replacements. In 2003, the Hollywood star was also offered a pay cut of $15 million for his portrayal in The Matrix Revolutions. Some of the other box office successes that he’s starred in during that period include Something’s Gotta Give (2003), and Constantine (2005).

Aside from his acting career, Reeves is also a talented musician. For over a decade, he’s played the bass guitar for the bands, Becky and Dogstar; their shows would have undoubtedly supplemented his income.

In 2011, Reeves also authored and published his own adult’s picture book, Ode to Happiness- which was met with favorable reviews upon hitting stores.

In addition to his work in the arts, Reeve has taken up several business ventures- one of which includes making motorcycles. In 2011, the Hollywood actor- who is a motorist himself, founded a The Arch Motorcycle Company with business partner, Gard Hollinger. According to sources, the company’s custom bikes start at $78,000 a pop.

That’s not all- the star also co-founded his own movie production company, Company Films. In 2010, they helped to produce the romantic comedy, Henry’s Crime– which Reeves himself also starred in.

Let’s not forget all of the endorsement deals that he’s landed such as the one he scored with Cola-Cola, and Kellogg’s Cereal.

While most of his fortune was made from starring in the previously mentioned hit movies, his side endeavors have also earned him a pretty penny over the past few years.

Keanu Reeves is not married. Having said that, there have been many rumors in the past years claiming that he had gotten engaged to his ex-girlfriend, Autumn Mackintosh- these claims have not been confirmed.

What is the Meaning Behind His Name?

His first name Keanu, translates to “a cool breeze over the mountains” in Hawaiian.

Does Keanu Reeves Have Any Children?

In 2000, Reeves’ then girlfriend, Jennifer Syme, gave birth to a daughter named Ava Archer Syme-Reeves eight months into her pregnancy; tragically, she was stillborn. According to reports, the ordeal ended up putting much strain on their relationship, which led to them breaking up a few weeks later.

Tragically, Syme ended up passing away from a vehicle accident in 2001.

Where Did Keanu Reeves Go to College?

Keanu Reeves did not go to college. As a teen, he attended a handful of high schools including the Etobicoke School of the Arts, De La Salle College, and Avondale Secondary Alternative School- the last of which allowed him to study while he worked as an actor. Despite this, he ended up dropping out prior to obtaining his high school diploma. 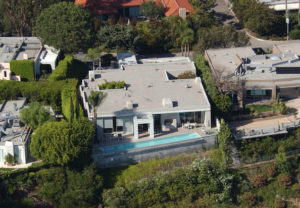 Keanu Reeves lives in a $5 million home located in Hollywood Hills, California. Purchased back in 2003, the 5,600 square foot house- located behind a gated community, boasts three bedrooms and three and a half bathrooms.

The definition of luxurious, it also comes with a swimming pool, a center courtyard, a pond, three fireplaces, a spa, as well as a private movie theater.

What Kind of Car Does Keanu Reeves Drive?

An avid motorcyclist, he also has several bikes including a Harley Davidson Dyna Wide Glide, and a West Coast Chopper.

Keanu Reeves as a Philanthropist

The prime example of a philanthropist, Reeves has donated millions of his hard-earned money to various charities and individuals. For instance, he reportedly gave $80 million of his earnings from The Matrix series to the makeup and special effects staff- although some have referred to this as an urban legend.

The founder of his own cancer charity (his sister fought against leukemia for over a decade), he is also an advocate for the PETA, Stand Up to Cancer, and SickKids.

Allegedly, he has also donated a signed Talent Pass from the 2006 MTV Movie Awards to a charity auction, with all proceeds going to benefit LIFEbeat- a nonprofit dedicated to educating the youth about HIV and AIDS.

One of the most successful stars in all of Hollywood, Keanu Reeves’ films have earned over $4 billion worldwide altogether- a feat that only a handful of actors have managed to accomplish.

Throughout the decades, his work on the big screen has garnered him multiple industry accolades including four MTV Movie Awards, a Teen Choice Award, a Saturn Award, a Bambi Award, among a handful of others. Recognized for everything that he’s contributed to the show business, he was also given a star on the Hollywood Walk of Fame in 2005.