LeeAnne Locken Net Worth 2018 – How Wealthy is She Now? 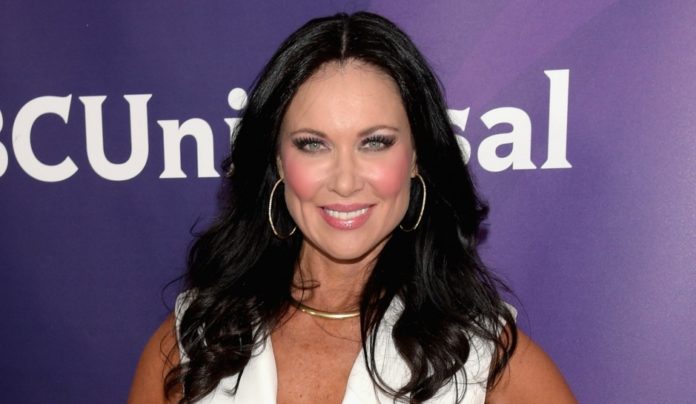 American actress and television personality LeeAnne Locken is best known as one of the cast members of The Real Housewives of Dallas. Originally from Pasadena, Texas, she spent her youth in the city of Houston with her grandparents. Even at a young age, she aspired to one day working in the entertainment industry.

After attending college, Locken narrowed the gap between her and her dreams by relocating to Los Angeles. In 1987, she made her acting debut in the film, My Best is a Vampire. Since then, she has appeared in well over a dozen different roles on both the big and small screens.

However, it wasn’t until 2016 that her fame went up a notch after she was cast in Bravos, The Real Housewives of Dallas. According to various online sources, Locken’s net worth currently sits around the $1.5 million mark.

Where did her wealth come from? Let’s take a more detailed look.

How did LeAnne Locken Make Her Money & Wealth? 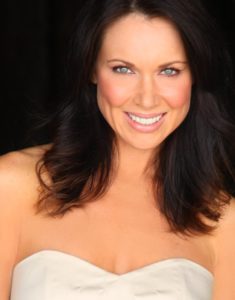 Born on June 7, 1967 in Pasadena, Texas, LeeAnne Locken was raised by her grandparents in the city of Houston. Even as a young child, she  always had a fondness for the performing arts; she eventually aspired to one day get involved with the entertainment industry. Following her high school graduation she attended the University of Houston. Eventually wanting to chase her dreams, she made the big move to the country’s entertainment capital- Los Angeles.

Working to hone her skills after settling in the new city, Locken eventually made her official debut as an actress in the 1987 film, My Best Friend is a Vampire; she was twenty years old at the time. From there, she pursued modelling for a bit before returning to acting in the late 90’s.

After appearing as a young woman in the crime drama, Sons of Thunder (1999), she played a couple of supporting roles in the Golden Globe-nominated film, Miss Congeniality (2000), alongside Sandra Bullock, Benjamin Brett, and Michael Caine. A hit at the box office, it ended up grossing over $106 million domestically from a $45 million budget.

From there, she appeared in the TV series, Walker, Texas Ranger in 2001, before making an appearance in the film short, 12 Hot Women in 2003. Continuing to strive forwards with her acting career, Locken later played a small role in the mystery series, Inspector Mom in 2006.

That same year, she returned to the big screen in the B-list movie, Rain (2006), directed by Craig DiBona.

A short hiatus later, Locken was cast as a minor character in the TV series, Chase in 2011. Following that, she appeared in the independent movie short, Watershed (2012), before playing as a news anchor in the low budget drama thriller, Chariot.

Carrying on with her career in the show biz, the Texas-born actress went on to appear as a studio reporter in the comedy film, Pros and Cons: A Fantasy Football Movie (2013), and as a jogger in the short Lucky Red (2013).

In early 2015, Locken played a supporting role in the low budget drama thriller, Beyond the Farthest Star. Later that fall, she portrayed the part of a reporter in Arthur Muhammad’s sport drama film, Carter High (2015).

How much has she made from all of the above mentioned stints? It’s hard to say. While she’s appeared in over a dozen different roles, most of them were minor and supporting in nature. As an actress, perhaps she’s still waiting on a breakthrough role. Having said that, she would have of course accumulated a fair amount over the years from acting in front of the cameras- we’re just not exactly sure how much.

In addition to her work as an actress, Locken has also been involved in a few titles as a director and producer. For instance in 2012, she helped to direct and executively produce the TV programming, Luxury Dallas, which she also starred in for 19 episodes. In 2013, she also helped to produce two episodes of the television talk show, Beautiful You HDTV.

However, it wasn’t until 2016 that she rose to prominence after being cast in the popular reality show, The Real Housewives of Dallas. Premiered in April 2016, the Bravo series featured Locken as one of the main housewives alongside Cary Deuber, Stephanie Hollman, Brandi Redmond, and Tiffany Hendra.

The ninth instalment of The Real Housewives franchise series, it entered around the lives of the previously mentioned women in the city of Dallas, Texas. Much like its predecessors, the show proved to be a hit among viewers and fans.

The big question is- how much did Locken get paid for being on the show? It’s no secret that some of the country’s biggest reality stars had their beginnings in one of The Real Housewives series; in fact, some of the most popular socialites are paid upwards of $750,000 per season.

Unfortunately for us, her salary form the show has never been revealed. Considering the caliber of the franchise however, it’s likely to be in the tens of thousands if not hundreds of thousands. Seeing as how The Real Housewives of Dallas has been officially renewed for a second season, she will most likely be able to negotiate a higher pay- as is common with the series.

So far, The Real Housewives of Dallas aired for one season, from April 11, 2016, until June 19, 2016; as of 2017, filming for the second season is currently under way. Although the show isn’t Locken’s first appearance per se, it is the one that brought her the most fame thus far.

As mentioned earlier, Locken was also the host of the TV talk show, Luxury Dallas (the same one that she helped to direct and produce) in 2012. Surely the stint which continued for 19 episodes would have earned her a considerable paycheck. In 2013, she also hosted two episodes of the talk show, Beautiful You.

On top of everything that has been mentioned above, Locken has also appeared in a number of commercials, including one for Wing Stop which was broadcasted during the NBA Playoffs. A comedian at heart, one of them was even chosen to be featured in ABC’s America’s Funniest Commercials.

Currently, she is one of the board members of The Fashionistas. In the past, she was also part of the Style Council for DIFFA and the Fashion Police for the Fashion Group International.

In 2013, the reality star also authored her first book titled, What’s Your Status in which she encourages and inspires others to do their best via a collection of daily posts.

Through her official website, she also earns supplemental income from her merchandise store in which fans are able to buy various pieces of clothing featuring her catch phrases.

As far as public appearances go, Locken presumably also banks a fair amount from appearing at a number of events throughout the year.

Currently, it is estimated that The Real Housewives of Dallas star has a net worth of $1.5 million. From everything we’ve said, it’s fair to say that this amount has been accumulated over the years from her various endeavours from commercial gigs to starring on reality TV.

Seeing as how she will be returning for the season season of RHOD, it’s highly plausible that her fortune will be taking a jump once again in the 2017-2018 season as her salary from the show is most likely going to go up.

No, despite her status as a “housewife” on the popular Bravo reality series, LeeAnne Locken is not married. Having said that, she has been with his longterm boyfriend, Rich Emberlin for eight years and counting. Regarding their future together, Locken has stated that “[she] has zero doubt that [she] will marry Rich” sometime in the future.

It is unknown whether or not she has dated anyone previously in the past.

Does LeeAnne Locken Have Any Children?

No, LeAnne Locken does not have any children. However, her boyfriend does have a teen daughter from a previous relationship. When she was asked about whether or not they will ever grow the family, the 48-year-old replied by saying that she was never really the type of person who had wanted kids. Considering this, it’s highly unlikely that she will have children in the future.

Did LeeAnne Locken Go to College?

Yes, Leanne Locken did go to college at one point. Following her high school graduation, she went to the University of Houston briefly before deciding to move to Chicago in order to pursue a modelling career. Shortly after, she relocated to Los Angeles, where she began working as an actress.

Leanne Locken currently lives in a sizeable property in Dallas, Texas. From the looks of it, her home includes a large swimming pool in the backyard- perfect for hot, summer days. It is unknown when or how much the reality star had purchased the house for.

What Kind of Car Does LeeAnne Locken Drive?

Unfortunately, we do not have information regarding her vehicle at the moment.

LeeAnne Locken as a Philanthropist

Extremely involved in the charity scene, LeeAnne Locken has worked with several non-profit organizations over the years.

For example in 2014, the socialite acted as the honorary chair for the No Tie Dinner- an event that helped to benefit the AIDS Services in Dallas, Texas. That same year, she was also the co-chair of the Art From the Heart, whose proceeds went towards the Dallas Challenge.

How Much Did LeeAnne Locken Earn Last Year?

Having accomplished her dream of entering the show business, LeeAnne Locken has amassed well over a dozen credits to her name as an actress.

Not only that, but she gained nationwide attention after being selected to star in Bravo’s The Real Housewives of Dallas.

Currently, the reality star is busy filming for the second season of The Real Housewives of Dallas. Although an official release date has not yet been revealed, we guess that it will premiere sometime in late 2017 or early 2018. With that ahead of her, her net worth is sure to continue to increase.