Carole Radziwill Net Worth 2018 – How Wealthy is She Now? 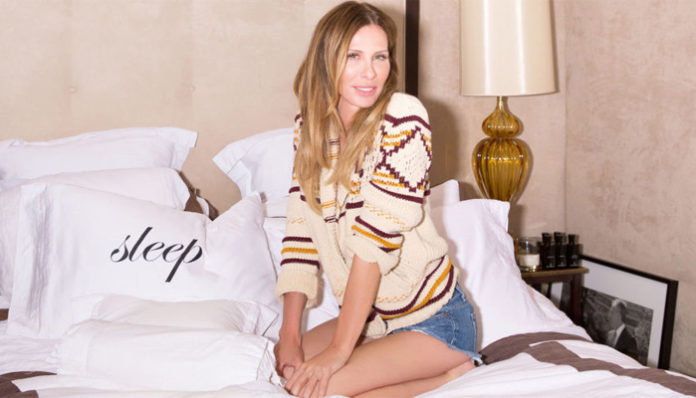 American journalist Carole Radziwill rose to fame after joining the cast of The Real Housewives of New York City in 2011. Born into a working class family, she enjoyed an idyllic childhood in New York. As a young teen, the blonde landed her first job at Wendy’s at the age of fourteen- from there, she went on to work at a chain department store for cash. After graduating from high school, Radziwill studied English at a local college; she had always loved to write.

Before long, a once-in-a-lifetime opportunity landed in her lap- she was offered an internship at ABC News. Despite the good news, providing herself proved to be difficult. At one point, the blonde only had a few hundred dollars to her name and had to rely on cup noodles and hard boiled eggs for sustenance.

With time however, she proved herself to be an overachiever in her field. Having since found the road to success, it is now estimated that she has a net worth in the tens of millions.

Let’s take a look to see how she came about her wealth.

How did Carole Radziwill Make Her Money and Wealth? 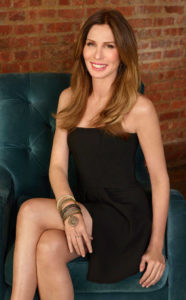 Born on August 20, 1963 in Suffern, New York, she grew up in a typical, working-class family. In order to support her and her siblings, her parents often had to work more than one job to pay the bills and put food on the table. As such, she spent a large amount of time with her grandparents, who also lived with the family. Growing up, the blonde had very much a happy childhood.

An ambitious student at school, Radziwill was involved with a number of extracurricular activities such as band and gymnastics. Eventually wanting to earn some money for herself, she started to babysit for money. By the time she was fourteen, she had boldly lied about her age to land a job at Wendy’s flipping burgers. The next year, she scored a job at a local department store, where she received a better pay.

After graduating from high school, she went to Hunter College where she majored in English- which made sense for her, as she had always loved to read and write. Not long afterward, Radziwill received a big break after being offered an internship at ABC News with a magazine show called 20/20. Despite the fact that she had thousands in student loans, she jumped at the opportunity.

From there, the New Yorker eventually landed a paying job with a documentary unit- she was paid approximately $225 per week. Although it initially proved to be challenging, the blonde soon realized that journalism was her calling. For the unit, which was headed by Peter Jennings, she helped to produce various shows on gun control and abortion, as well as covering various foreign policy stories in India, Haiti, and Cambodia.

Over the next decade, Radziwill covered a number of stories from those of the SCUD missles during the Gulf War while being stationed in Israel to the war that was happening in Afghanistan in 2003. Her talents and efforts apparent, she eventually received a number of awards, including three Emmys and a Peabody.

Aside from her work as a journalist, she has also published several works of text. In 2005, shortly after her husband’s untimely passing, she left ABC News to author a memoir called, What Remains: A Memoir of Fate, Friendship and Love. Describing in detail the various events of her life including her childhood, the book soon became a New York Times Best Seller.

The following year, it was announced that Radziwill had signed with the women’s magazine Glamour, to write a monthly column called Lunch Date. Since then, she has collaborated with many individuals for that section including Alec Baldwin, Rudy Giuliani, Rachel Weisz, and Antonio.

In 2014, the journalist wrote and released her first novel called, The Widow’s Guide to Sex & Dating. According to various sources, she had signed a six-figure deal with the Hot Publishing company.

In 2011, her life turn a different turn for the better after she was cast in the popular Bravo’s reality series, The Real Housewives of New York City. Introduced in the fifth season, she has since become a permanent member of the show- having remained on the show for the subsequent seasons.

Although she already had a huge list of accomplishments by the time she was on the show (e.g. fairly well established career), it wasn’t until she was on the reality series that more started to become familiar with her name. Of course, the blonde would have earned a hefty salary for The Real Housewives of New York City. According to various undisclosed sources, Radziwill had managed to negotiate $100,000 for the sixth season. Seeing as how it’s already on the ninth season (and that she’s still a main cast member), we can only imagine that she had since successfully been able to negotiate a higher salary.

Since she broke into the television scene, the New York-native has also appeared in The View, Good Day L.A., Watch What Happens: Live, Today, and Hollywood Medium.

In the past, Carole Radziwill was married to ABC News producer Anthony Radziwill; the two had tied the knot in 1994 in East Hampton, New York. Tragically, he passed away in August of 1999 at the age of 40 after a long battle with cancer.

As of 2016, she was known to have been dating a 30-year-old man by the name of Adam Kenworthy.

Does Carole Radziwill Have Any Children?

No, Carole Radziwill does not have any children. It was later revealed by the reality star that her late husband was unable to have kids; she went on to explain that it was not a deal-breaker for her.

Did Carole Radziwill Go to College?

After graduating from high school, she studied at New York City’s Hunter College where she studied English. Following her graduation, she went on to obtain an M.B.A. from New York University.

The reality star currently lives in a newly renovated New York apartment. Featured in The Real Housewives of New York, it boasts both new reupholstery and wall coverings. Featuring 16 foot ceilings with glam furniture and a stylish striped floor in the kitchen, the condo is nothing but grand.

Currently, Radziwill has been busy continuing with the ninth season of The Real Housewives of New York, which premiered on Bravo on April 5, 2017. Seeing as how its her fifth year with the show, she has probably managed to negotiate a higher salary as one of the main cast mates!