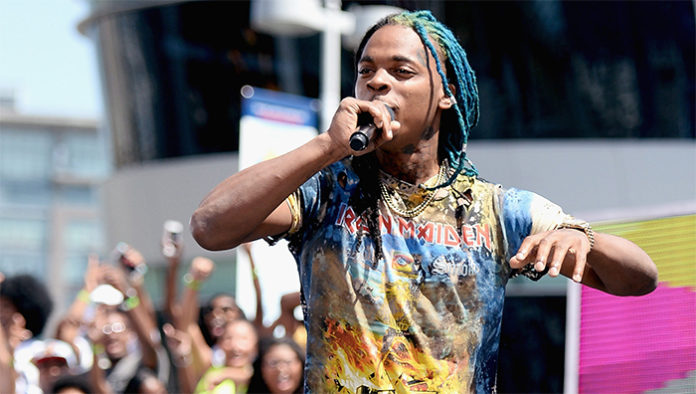 American rapper Dae Dae rose to prominence with the release of his debut single, Was U Mean (Aye, Aye, Aye) in 2016. Born in Atlanta, Georgia, he first fell for music at the age of eight, while he was still in grade school. In his early teen years however, something unexpected happened; he had become a father at just fourteen years old.

Eventually rekindling his passion for music, he started to record his own beats in his home studio, one that his father had helped him to create. As one thing led to another however, his equipment was later confiscated by the police after his father was arrested for drug possession.

From there, Dae Dae picked up a couple of odd jobs doing flooring and concrete work, saving all of the funds in order to afford some studio time. Since then, he has come a long way- as of 2017, he has two mixtape and a handful of singles to his name.

Currently, it is estimated that he has a fortune of $450,000. Let’s look to see where this money came from.

How did Dae Dae Make His Money & Wealth? 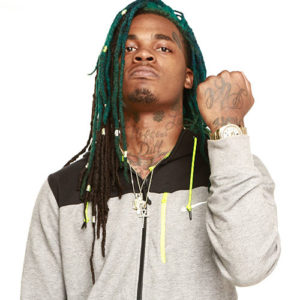 Born on July 29, 1992 in Atlanta, Georgia, Dae Dae (Birth Name: Marquis Goolsby) grew up in the Boulevard area of the Old Fourth Ward. When he was still in grade school, his father bought him a few Lil Romeo and Bow Wow CDs- ultimately, it was these records that first sparked his interest in music. For the next few years, he engaged himself with the works of different artists; before long, he was making his own beats.

However when he was fourteen years old, something unexpected happened which turned his life around- not necessarily for the better; he had become a father. Subsequently, he dropped out of high school to take care of the child.

It wasn’t until a little later on, that his father helped him to create a home recording studio after he had expressed a continued interest in rapping and music. With what he had provided for him, Dae Dae started to work on perfecting his sound. Unfortunately, his recording environment was later confiscated by police after his father was arrested for drug possession in his home. With that, the aspiring rapper was once again left with nothing.

Determined to break into the music industry, Dae Dae started to pick up a couple of jobs doing flooring and concrete work in order to afford some time at a local studio. During that period, he also got involved with weekly open mic events at a few establishments. Ultimately, it was while he was performing there that he became acquainted with DJ Playboi. Impressed by his work, he eventually offered the Atlanta-native a recording contract with Nitti Beats Recordings and became his manager.

For the next few years, Dae Dae spent endless hours at the studio, working to perfect his sound; it wasn’t until 2016, that he finally released a song to the public. Titled Was U Mean (Aye, Aye, Aye), his debut single was made available on June 17, 2016. Penned while he was at work on his iPhone, it ended up becoming a big hit, peaking at number 66 on the Billboard Top 100, number 20 on the Top R&B songs chart and number 14 on the Top Rap Songs chart. To date, it remains to be his most successful single.

Hugely responsible for his rise to fame, Was U Mean (Aye,Aye,Aye) was later remixed by popular rapper, Young Dro. Not long afterwards, it became the top song on Shazam in early 2016. A few months later, a video of a dancer named Matthew King dancing to the title garnered millions of views after going viral on social media; all of this ultimately helped to further bolster his popularity and exposure.

Shortly after signing with 300 Entertainment later that year, Dae Dae released his debut mixtape entitled, 4 Reasons. Hosted by DJ Spinz, the project included seventeen titles including One Way I Can’t Go, Dej Loaf, We Here Together, Been Broke Before, Soul Singing, Take Control, and Let It Show. As of 2017, the tape has been streamed over 12,000 times and downloaded close to 6,000 times.

On November 3, 2016, the Atlanta rapper came out with a new mixtape dubbed, The DefAnition. A collaboration with record producer London On Da Track, the 11-track project boasted eleven new beats including Dead Ass Wrong, How You Feel, Black Lives Matter, Hit the Block, and Don’t You Change; it also featured artists 21 Savage and TK Kravitz. A solid addition to his catalogue of works, it has since been played over 53,000 times on Hotnewhiphop.com.

As far as other singles go, he ended up releasing two additional titles by the end of 2016- Spend It and Dej Loaf. Although they didn’t reach the record charts like his breakthrough hit, they helped to cement his place in the rap scene nonetheless.

Most recently, Dae Dae dropped a remix version of Spend It which featured fellow rappers Young M.A. and Young Thug.

Now for the important question- how much has Dae Dae managed to make from all of these records? While the exact figure has never been revealed, we can make an educated guess. From his hit single, Wat U Mean (Aye, Aye, Aye) alone, the artist most likely raked in a few tens of thousands of dollars- it didn’t chart in the United States for no reason after all.

In addition to what he yielded from direct record sales, he presumably also earned an amount from the thousands of times that his songs have been streamed on the internet- after all, it’s not uncommon for artists to be paid for ads in between streams on sites such as Soundcloud.

Speaking of online revenue, Dae Dae’s Youtube Channel is another source of income for the rapper. As you probably already know, users are able to earn ad revenue after joining Google’s partnership program on the site. Since he first joined on February 25, 2016, his official page has amassed close to 70,000 subscribers and has received over 16,000,000 views across all of his videos.

On average, Youtubers are able to earn anywhere from $2 to $5 per 1000 views on the site, after which Youtube takes a cut. If we were to do the math, the amount of lifetime views that he’s accumulated over the years work out to be at least $32,000; dividing that by two, that works out to be $16,000 per year.

Unsurprisingly, the recording artist also pulls in a hefty amount of change by performing live shows. For every performance that he gives, Dae Dae is presumably paid a handsome booking fees- one that is likely to be in the thousands. Although he isn’t on tour at the moment, it looks like he does have a concert scheduled for later this winter at The Event Center in Dallas, Texas.

As of 2017, Dae Dae has an estimated net worth of $150,000- which really is not all too shabby for a twenty something year old. The thing is, his music career has only taken off within the last year, meaning that he still has plenty of room left for growth. If his past success is of any indication, the rapper will only continue to surprise us with his beats over the next few years; of course, this will also cause his fortune to go up. One thing’s for sure, we’re definitely keeping an eye on this budding artist!

From what we can gather, Dae Dae is not married. Having said that, we’re not positively sure as he hasn’t revealed much about his personal life; even in interviews, the rapper has never mentioned having a partner.

Does Dae Dae Have Any Children?

Yes, the Atlanta rapper has five children. As mentioned earlier, Dae Dae had his first child, a daughter when he was just fourteen years old.  At that age, it took the artist a while to get used to the notion of becoming a dad; in fact, he was reluctant to care for the child at the beginning. It wasn’t until his own father pulled him to the site, and told him to be there for his little that, just like he was there for him, that he first started to build a relationship with his child. According to Dae Dae, she was four or five months old before he had fallen in love with her.

Since then, his family has grown to include four additional children. Dae Dae has in fact, brought them out on stage in Atlanta on a few occasions.

Where Did Dae Dae Get His Name From?

Where did the rapper get his name from? According to a recent interview conducted by DJ Smallz, his moniker was given to him by his father.

Did Dae Dae Go to College?

No, Dae Dae did not go to college. In fact, he had dropped out of high school at the age of fourteen after finding out that he was to become a dad. Considering the fact that now has five children on top of a busy music career, it’s also highly unlikely that he’ll return to continue his education.

Where Does Dae Dae Live? Pictures of Dae Dae’s House

Unfortunately, we do not know much about the rapper’s house- as nothing regarding his pad has ever been disclosed. It is likely that he still resides in his hometown of Atlanta, Georgia with his five children.

Regrettably, we do not have any pictures of Dae Dae’s house to share at this time.

What Kind of Car Does Dae Dae Drive?

Sadly, information on his vehicle is currently not available.

Despite his rough past, Dae Dae has managed to attain success as a recording artist in the past couple of years. At just twenty four years of age, he has come out with a hit single- one that reached three of the major US record charts.

Named as one of the Top 10 Rappers to Watch out For in 2017 by FACT Magazine, Dae Dae was also featured at number 24 on Billboard’s Emerging Artist chart in the summer of 2016.

As far as recent records go, Dae Dae put forth a new single entitled, Dem Days in January of 2017.